This one is image-heavy. Suck it up! (Sorry, Dr. Sloth. I know dial-up is the pits.)

We attended the Williamstown Fair this past Sunday. Unlike last year, I saw no cross-dressers and I didn't get to hold a scorpion. However, a fun time was had by all. Except maybe this sheep: 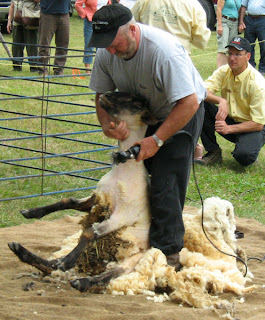 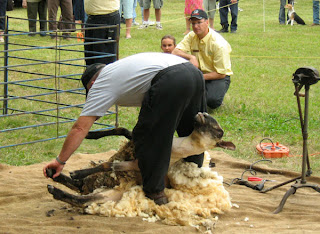 The sheep shearing demo was lots of fun. The sheep is pretty placid once it is tossed on its back. And when all is said and done, voilà: 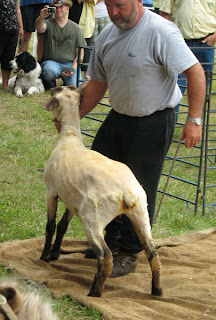 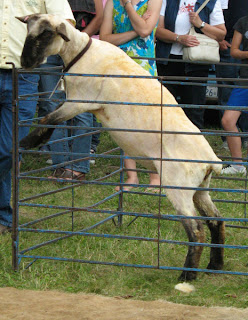 "OOOoooo! I feel so fresh and free!"

Meanwhile, over in the animal stalls... 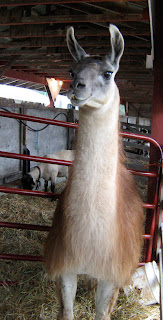 A doe-eyed llama who was very friendly! 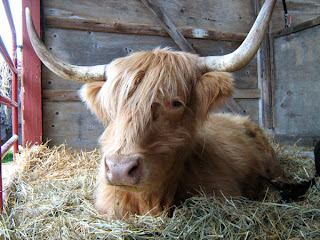 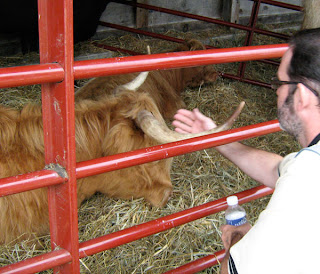 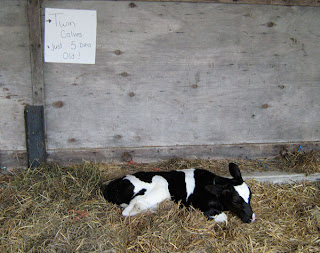 The five-day-old twin calves were adorable. 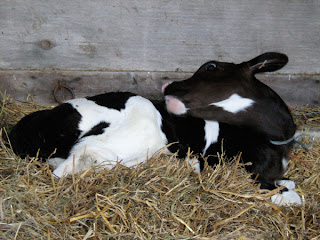 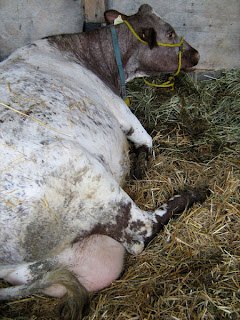 Meanwhile, a slightly larger bovine lounged in the next stall. 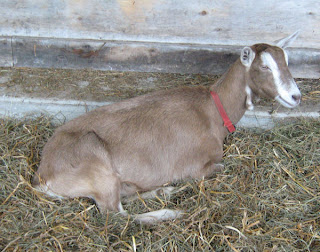 And there were goats. I love goats! 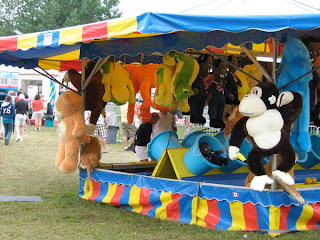 And down at the midway, a giant gorilla hangs alluringly from a post. 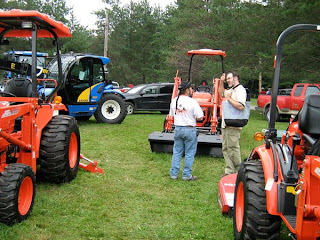 Gordon found the fellow who sold us our zero-turn mower, and became engrossed in a long conversation about blade removal and sharpening. Mostly I am jealous of Rick's ponytail. I could NEVER get my hair to grow that long, and believe me, I used to try! It's like men having gorgeous eyelashes... a total waste! 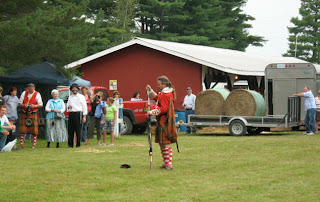 There was some highlander guy doing reenactments firing a musket, which produce a bang loud enough to necessitate fresh pairs of Depends for applicable members of the elderly viewing public.

The area we live is full of Scottish descendants, with lots of Loch-this and Glen-that. I am married to a much fresher Scot than most of the locals, since Gordon's parents came here from Glasgow in the 50s. Funny how some of the descendants are more Scottish than the Scots!
And look at these cuties (the dogs, not the guy): 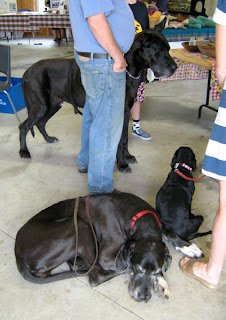 The Great Danes arrived while a butter-churning demonstration was going on, and they were extremely eager to get their snouts into the vat of butter. It was close!


They also had beautiful antique tractors on display. I really love these things... 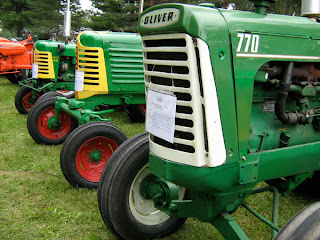 One day we want a cream-and-red oldie, maybe like this Cockshutt. I told Gordon if I get rich off my book, I'll buy him one. Sensibly, he's not counting on that. 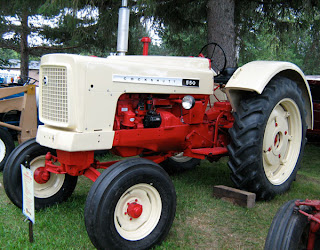 Or I could go for yellow in a pinch... 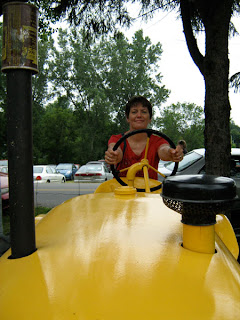 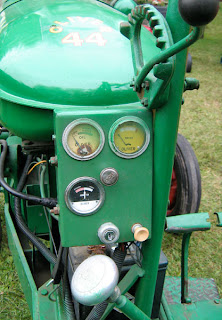 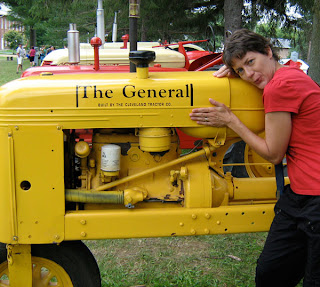 Yeah, all those childhood years of obsessively watching The Price Is Right have paid off, although I'm pretty sure Bob wouldn't have hired me as a model! I always liked Janice, but was also partial to Holly. I remember being shocked as a kid to discover that nice Janice had posed in Playboy. I was a very prudish child.

And finally, the historic cars and trucks... 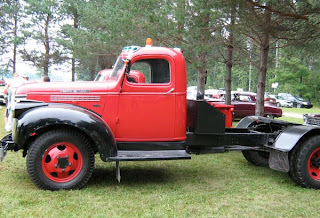 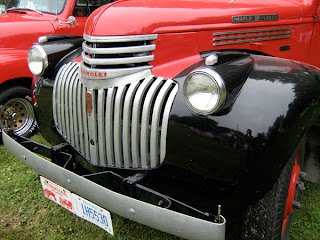 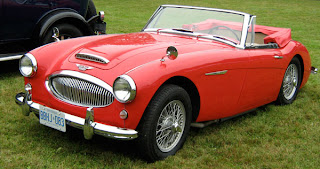 I want this one!! I think I deserve a red Austin-Healey convertible, don't you? 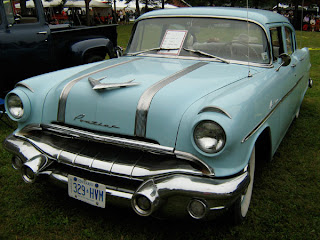 I love these cars from the 50s. My mum used to have a white Mercury with red leather interior. I forget now what model it was, but it was a beautiful car, until some neighbour stuck a garden house in it while we were on vacation for two weeks and left the water running. RUST. He actually went into our garage and did this. The guy was a psycho who also cut down a bunch of trees in some other neighbour's yard in the dark of night! 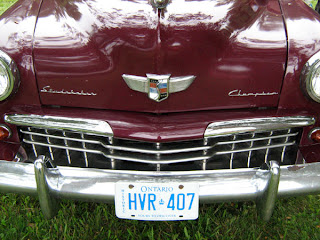 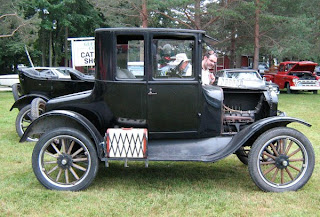 Gordon checks out a real oldie.

And that's your visit to the fair for this year. Just be glad there were no chickens.