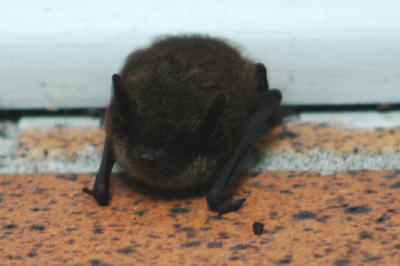 Does anyone read this stuff? Does anybody care? Is that a song? Maybe I need to spice things up, make Knatolee's World grittier, more disturbing: "And then the bat dropped down and plucked out my eyeball and flew away with it, like some giant, squishy June bug!" Something like that.
Posted by Knatolee at 1:21 pm 2 comments: 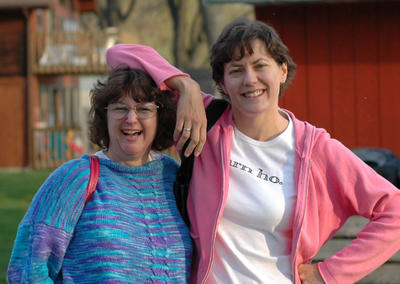 Ah, me and my American friend Phyllis, she of the knitted womb and Dairyland Wisconsin! She knit her lovely variegated blue/purple sweater, and she gave me the "Yarn ho" shirt. Unfortunately, in this picture it looks like "Urn ho", which might make you think I'm some sort of necrophiliac. Most definitely I am not; my love is for all things woolly. I'm a (rug) hooker and a yarn ho. Phyllis prefers to call herself a yarn slut. I just call her a tart. I love her because she tolerates me using her skull as an arm rest. :)
Posted by Knatolee at 1:12 pm 1 comment: