The gurlz are in the building!

Ladies and gentlemen, as of last Saturday, the chickens are in the chicken coop! And they have a fancy new feeder and waterer to boot... 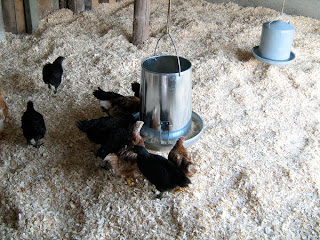 The perches and nestboxes are coming!
Gordon finally came to his senses and listened to me, and we hired help to put in a nice subfloor to cover the broken concrete. Before the subfloor went in, Gordon covered the concrete with wire mesh so that nothing (like Chef Nick) can dig up from beneath in pursuit of a tasty chicken meal.

Here is Gordon proudly inspecting his masterpiece. That's our "farm vehicle", aka the Mazda Protege 5, in the background. One day we'll have a 4WD pick-up. One day. The Protege is also known as the Dogmobile (because the dogs aren't allowed in the newer, pristine Mazda 3) and the Trashmobile (because Gordon drives the garbage cans down the laneway in the Protege every week.) Oh yeah, it's also known as MY CAR, and it's black and un-air-conditioned, but I'm fine with G getting the good car, since he spends 2-1/2 hours in it every day! 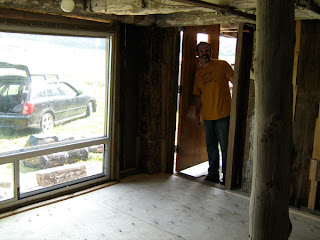 Say it with me: "Oooooooooh! Aaaaahhhhhhh!" 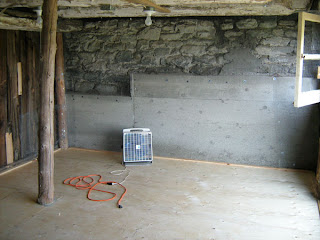 While we got the coop ready for occupancy, the girls spent an hour outside in an X-pen borrowed from my Cairn Terrier-breeder friend: 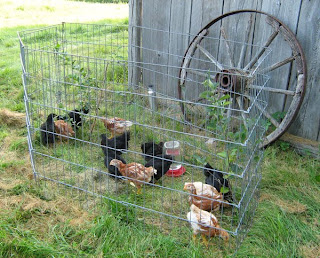 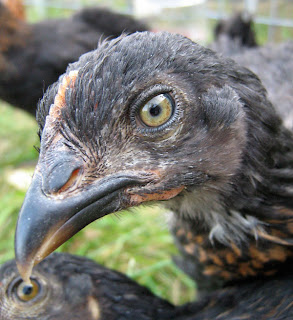 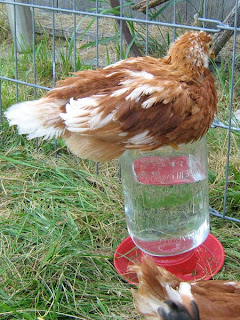 As you can see, this waterer just wasn't cutting it anymore, but it did make a comfy perch. 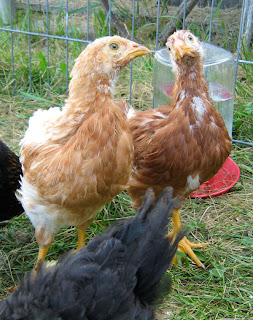 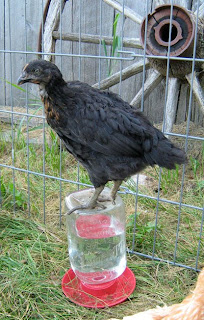 Blackie's turn to rule the roost. That's not her real name. I can't tell 'em apart yet. We need to band their legs! 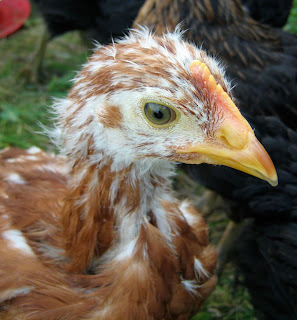 This is Anastasia... I think. Anyway, she's the extra-cuddly chicken. I named her after my Irish grandmother, who had the sense of humour to appreciate such things. She was a great woman!

Don't forget to enter my book giveaway before Saturday!