She's gonna make you an offer you can't refuse...

(We had another photo shoot yesterday. This is getting harder to do without an assistant, as the chicks are getting feistier. Little wing-flapping maniacs! And who knew such tiny creatures could produce so much poop? Good thing they're cute!)

The Chickfather... with apologies to Mario Gianluigi Puzo. 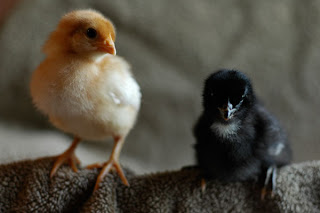 "Guidette... someday, and that day may never come, I'll call upon you to do a service for me. But until that day accept this justice as a gift on my six-day birthday." 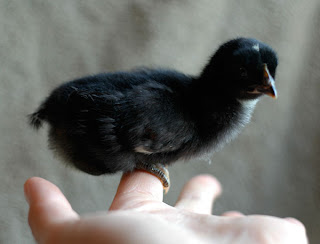 "I'm a superstitious chick, and if some unlucky accident should befall Chef Nick and Happy Wombat Boy, if they are to be pecked in the head by a rooster, or found hung dead in the chicken coop, or if they should be struck by a bolt of lightning -- then I'm going to blame some of the chicks in this room and then I do not forgive. But with that said, I pledge, on the souls of my grand-eggs, that I will not be the one to break the peace that we have made today." 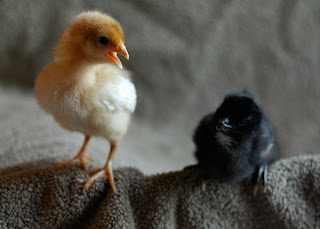 "Chef Nick...he looked at our adorable photos and said, 'The black one . . . he probably would be really tasty grilled, maybe basted with garlic and truffle oil. Maybe some fried rice and mushroom sauce on the side.' Goddamn chicken-eaters don't respect nothin'! Happy Wombat Boy, he looked at our adorable photos and said, 'Don't you know that garlic would overpower such tender meat? How about various herbs and butter? Maybe a nice tarragon butter...' "

"What have I ever done to make them treat me so disrespectfully? If they'd come to me in friendship, then I wouldn't be forced to send them some droppings from the avian-flu chick. And if by chance honest men like Chef Nick and Happy Wombat Boy should make enemies, then they would become MY enemies. And then they would fear them." 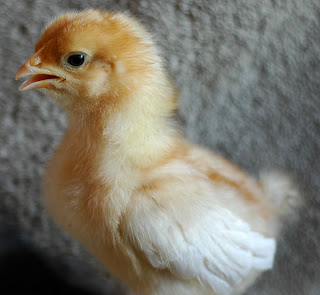 "It's not personal, Happy Wombat Boy. It's strictly business." 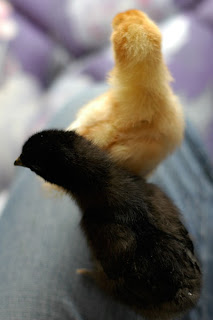 "Donna Corleone, I am honored and grateful that you have invited me to your home on your six-day birthday. And may your first egg be a masculine egg." 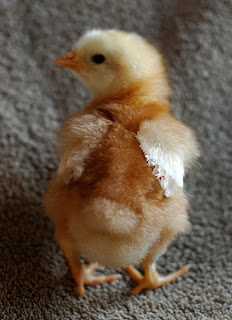 "Never let anyone outside the family know what you're thinking. "