The chicks are now two weeks old and last night they moved out to the garage. Gordon is still predator-proofing the coop. (It's hard to find wire mesh strong enough to keep out hungry male bloggers!) To transport them, I put them in a small box... 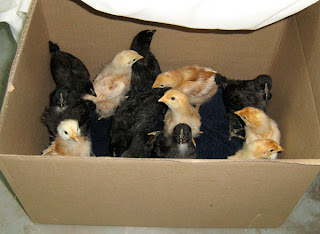 ...and whisked them off to the garage! 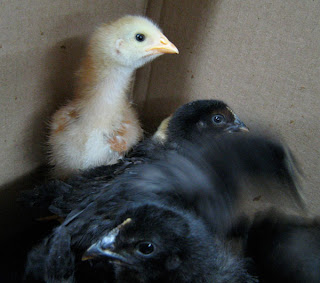 "Toto, we're not in Kansas anymore!" 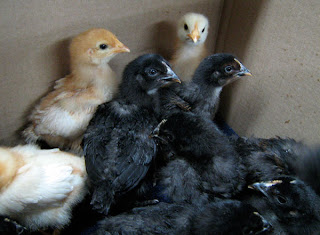 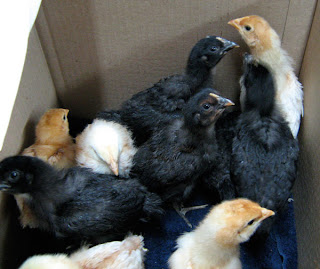 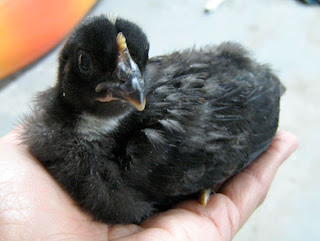 I swear they are growing by the hour. 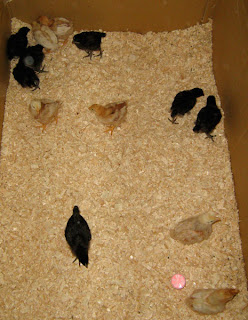 Happily ensconced in their big box in the garage! 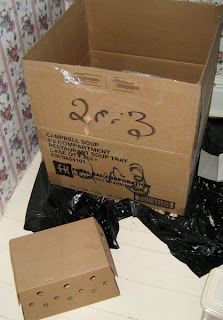 And this giant table saw box is the one they are living in now: 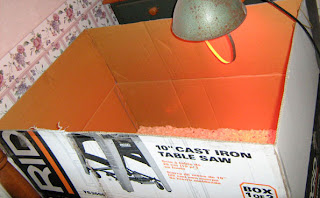 Usually it's better to have an enclosure with round corners for chicks (like a large piece of flexible cardboard bulldog-clipped together to form a circle. This is because chicks can panic, pile into corners, and smother each other. But the circle thing isn't practical for us until we get them into the coop, so we bank up the shavings in the corners which has worked fine. Also, we only have thirteen chicks so there is less of a risk of the smothering scenario! As they grow, it becomes less of an issue.