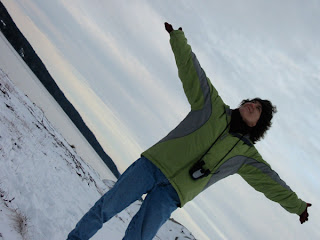 Guess who? Gordon was getting all artsy-fartsy with the camera.
Just over six years ago, we were still living in Nova Scotia, about 30 minutes outside of Halifax near a picturesque historic fishing village. We had a house on the ocean (affordable there for mere mortals) and it remains the most beautiful place I have ever lived. It took me a long time to get over having to move away from there, but I have done that and am very pleased with our farm and where we live now. It just took us a long time to find the place we really belong, and can call home. Now I just need my chickens. And bees. And llamas. And donkeys. And geese. And fainting goats.

Still, I got all nostalgic looking through my iPhoto albums, and so here are a few pics from December 31, 2002. New Year's Eve afternoon! My digital camera was new and exciting, and my blog was a couple of years in the future. Our house was near a spectacular oceanside cliff-walk known as the High Head. It was a bit of a local secret and I absolutely adored walking there at any time of the year, although my dog Chelsea used to have a real knack for finding dead seal carcasses to roll in, down on the stone beach. It is a dramatically beautiful place, and you often have it all to yourself. 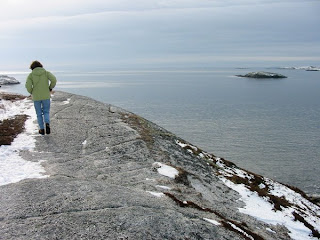 Yes, it was a long way down to the water. 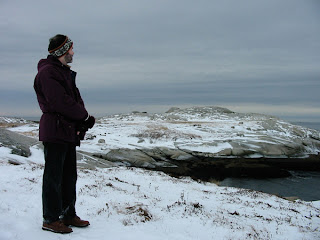 Gordon ponders the coming year of 2003. We ended up moving to British Columbia, from one side of the country to the other. And he managed to lose that really nice headband he's wearing, which I got in the Iceland airport on a stop on my way back from England in 1999! 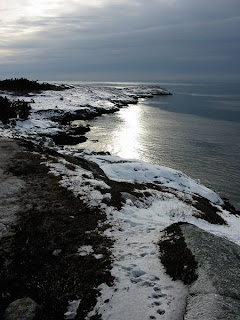 The High Head. This will always be one of my favourite places on earth.

Hard to believe this was six years ago. In some ways, it feels like yesterday, in others, an eternity. A whole lot has happened in that time!