And to cheer myself up...

...I have some cute pictures for you. 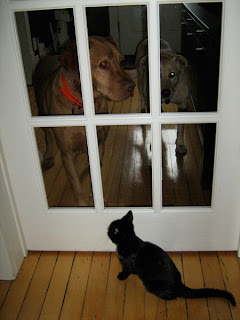 Checking each other out! I let the dogs sniff Naomi while I hold her, but until she gets a bigger, I won't trust Tristan the Squirrelator. 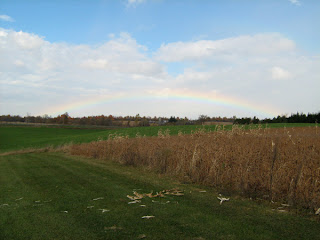 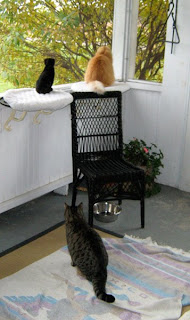 The three amigos on the front porch. 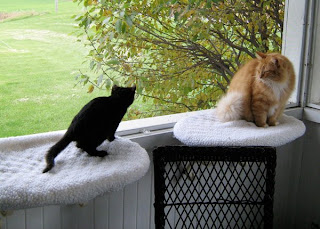 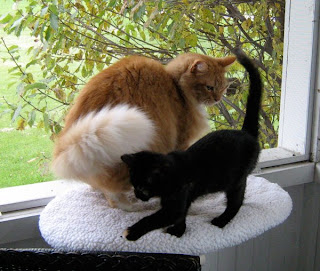 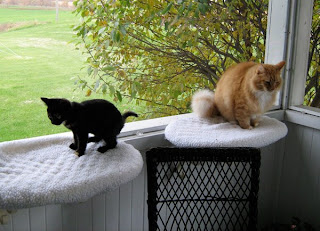 "Much better. Keep off my shelf, impudent kitten." 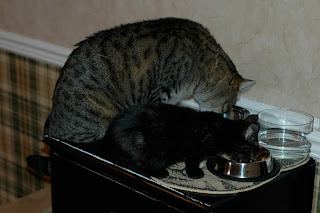 And this morning, I found this...

Naomi is GREAT for Alex. Not only is he on a diet, but he's back to running around the house like a crazy man, playing with Naomi. I've had a hard time getting him to play with his toys, so it makes me happy to see him getting up and moving around. We've sorted out the food fiasco (we switched cat foods and the cats gained weight before we realized we were feeding them too much!! Fortunately Julius isn't as bad as Alex.) and I think Alex has already dropped some weight. We'll keep working on it. But Naomi is like his own personal treadmill. They seem to love each other, I might add. 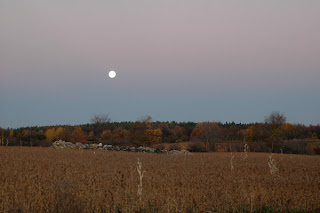 And I call this "Full Moon on Election Night." 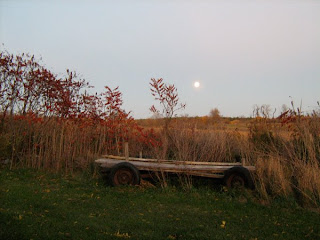 I need some caffeine. Ciao!