Images of autumn and cows

Fall is definitely here. The farmer who rents some of our land will be taking off the soybeans this month. He had a real struggle this year with weeds (especially grasses) because of the incessant rain. I need to get the last of the beets and carrots out of the garden! 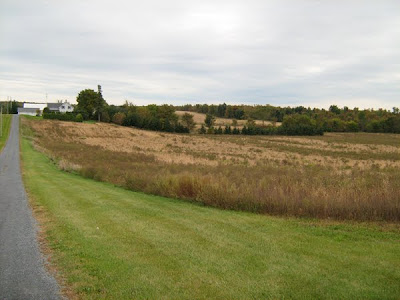 I did pick some cauliflower the other day. The orange stuff is called "Cheddar hybrid" and the funky one is Romanesco. I like growing these but it's quite the chore getting out all the bugs! Despite repeated soaking in salty water, many little green worms and beetles clung to their cauliflower life-rafts. And yes, these do taste better than store-bought! 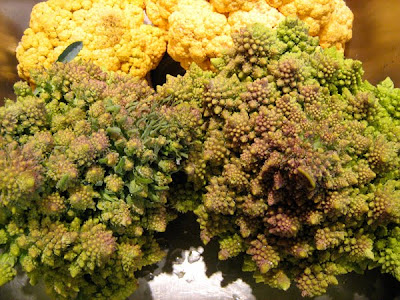 I gave the chickens a small, damaged cauliflower and they immediately demolished it, bugs and all. I swear those birds will eat almost anything.


But the real sign of autumn is the hordes of Canada geese flocking all around us. This crew was on the hayfield next to us: 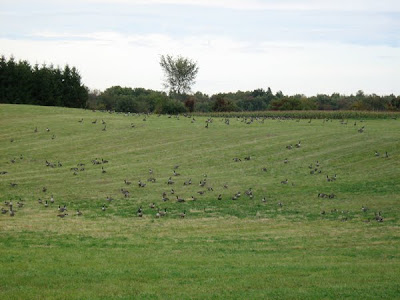 The couple across the road have a migratory bird sanctuary on their farm, which attracts incredible numbers of waterfowl at this time of year.

Time to get out of my pajamas! Today we're off to the Vankleek Hill Farmers' Market which features organic meat and produce, including Belted Galloway beef and Tamworth pork.

When my friends and their four kids visited from Maryland in July, the farmer who sells the Belted Galloway beef very kindly gave us a tour of his farm. We called it the Cow Safari and it was a huge amount of fun! Peter the farmer has a pick-up truck painted black and white like his cows. On the bed of the truck is a huge tractor tire, nailed in place. While my friend's hubby drove the truck and Peter navigated, my friend, the kids and I sat with our legs and feet in the tire on the back, and honestly, it felt just like the safari we took in Sri Lanka back in 2006, except that the wildlife was slightly less exotic!

Peter was actually robbed of a large amount of beef last Christmas Day in a despicable break-in. I believe they eventually caught the thief but they couldn't recover the stolen meat. I don't eat much meat these days but we bought some steaks and burgers from Peter and they were the best beef I've had in a very long time. He takes good care of his animals. It was also good for the kids to see where their meal came from! 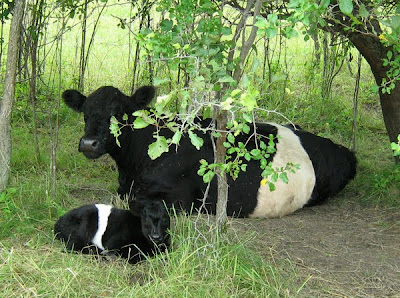 Here's Mama cow and her day-old calf, resting under a tree. 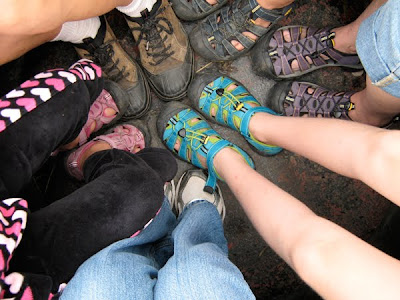 My size-ten feet were the biggest, with the ugliest shoes! 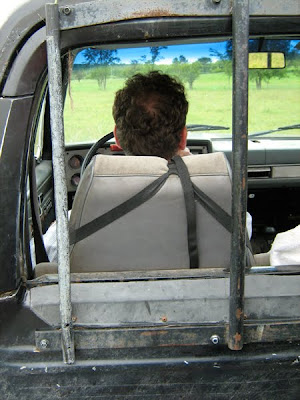 Robert did a fine job of steering (hahaha! That's a cow pun!) our safari truck. 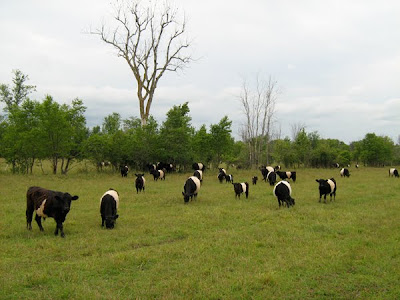 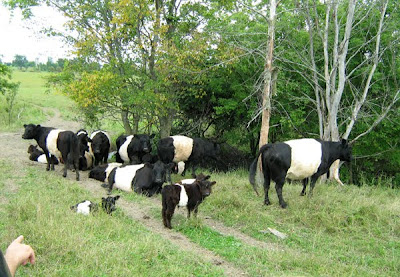 Right, off I go. If you're in Vankleek Hill today, check out the Farmers' Market, and also Oktoberfest at the fairgrounds, being hosted by Beau's All-Natural Brewing Company. Vankleek Hill is about an hour from either Ottawa or Montreal. Happy weekend!

Here's another good article on Peter and his herd of belted Galloways.