Over there years, there were both dairy and beef cattle on our farm. I found some interesting tags nailed on beams in the lower level of the barn, where the cows were kept. 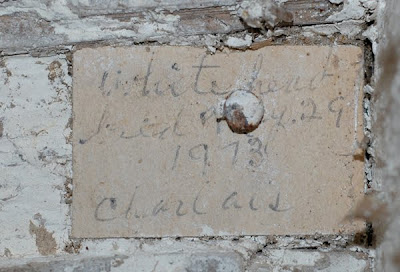 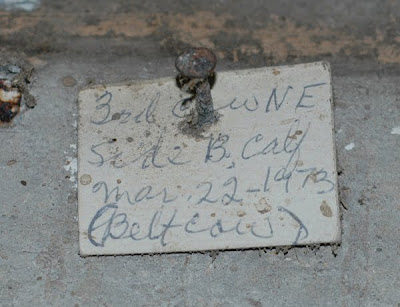 "Something something NE, Side B, Calf, Mar 22, 1973, (Belt Cow)" Hopefully that doesn't mean the cow was made into belts. Nah, I suspect it just had a belt marking. 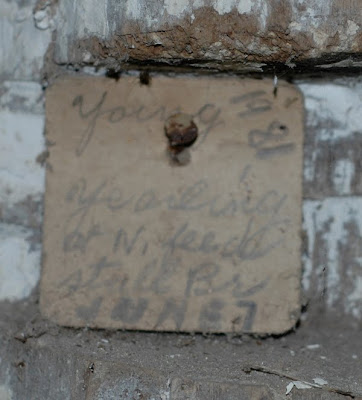 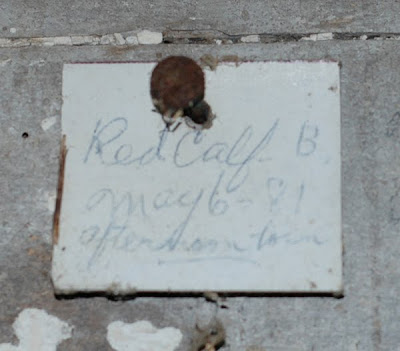 
Fascinating stuff! I'm looking forward to having animals in the barn again, even if they're llamas instead of cattle!