How angry do you have to be at the world...

...to put a magnet like this on the back of your car? 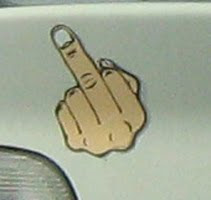 We had to sit in a line-up on the bridge back to Cornwall last weekend, being flipped the bird for over 20 minutes straight. Needless to say, I pulled out my camera. 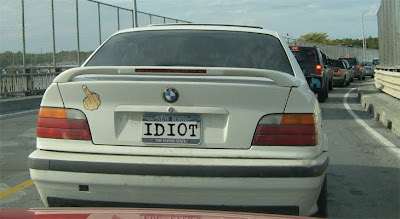 It's not his actual licence plate, though it should be and it took all my restraint not to post his real licence-plate number. He crossed us over a solid line on the curve of a two-lane bridge doing double the posted limit, then had to brake at the end of a long line-up for the border check. So not only did he drive like a fool, cut in front of us, slam on his brakes and steal our spot in line, he gave us the decal-finger while doing so. I was not amused. But I could have forgotten it were it not for the finger. That reeeeeeally pissed me off. 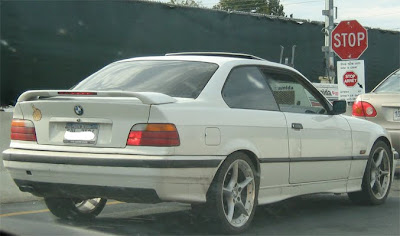 And I'm sure that a young guy crossing the US/Canada border in a BMW with these rims and tinted windows and a "F***-you!" magnet is neither a cigarette nor a drug smuggler. Oh certainly not. Not at all. Because there's no cigarette smuggling making people rich at the Cornwall crossing. Not at all. (Are you getting the sarcasm? I hope so.) 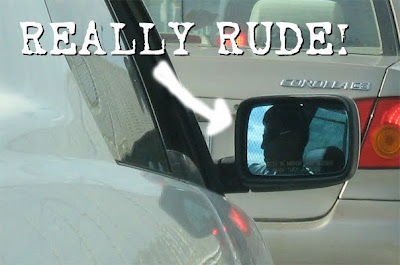 I was so hoping he would be pulled over to secondary by the border guard and given a cavity search, but alas it was not to be.

Nonetheless, we had a fun day driving around Massena and Potsdam, NY, with ample quantities of gelato consumed.

Here's the bridge going over... 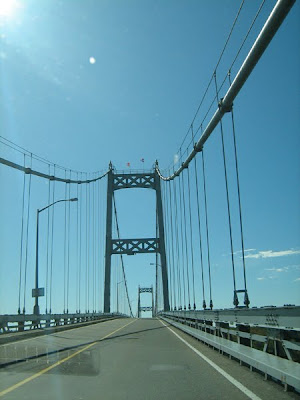 ... and here's a sign on the US side, coming back. The industrial plants are on the US side and they are NOT pretty. But upstate New York is! 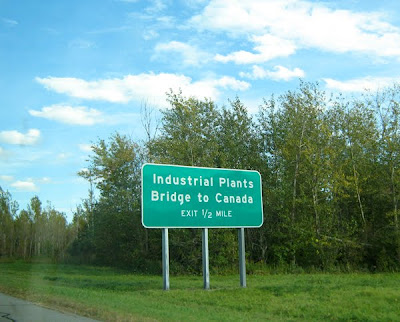 I like visiting the USA, but it's always nice to get home to the land of maple leaves, maple syrup, polar bears, Mounties, igloos and snow.