I'm trying to clear out the backlog of cute ducky photos so I can catch you up to the present day and, oh, I dunno, maybe post about something other than the ducklings! 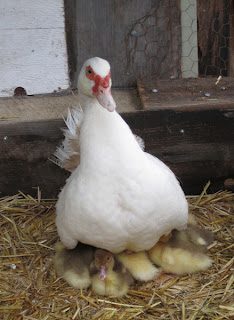 They were so small back in September! That's little Amy looking at the camera, with her cracked beak. 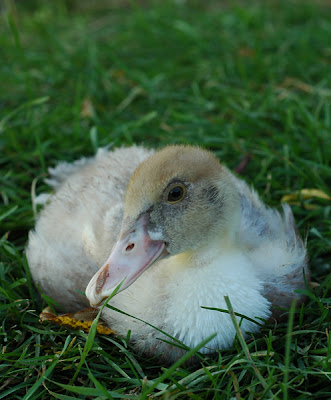 Here she is a couple of weeks ago, healing nicely! 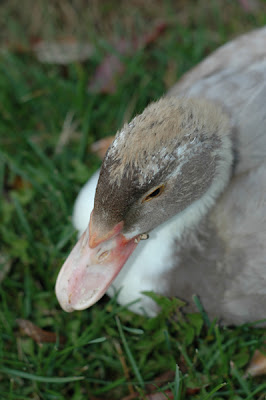 And here she is last weekend, not only very well healed (slightly deformity in her beak end) but suddenly sporting a lot of grown-up duck feathers! She's a nice greyish-brown with a white ruff on her chest and neck. 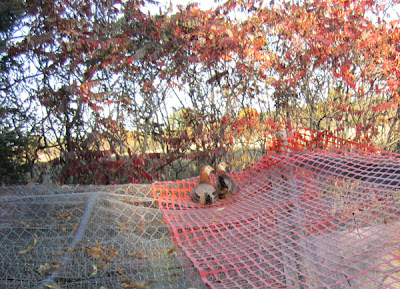 But back to catch-up. Here are two of our English game hens (known as "muffs" because of their excess facial feathering , although there are a lot of rude double-entendres down in the coop because of all that name!) The four of them like to escape through the top of the chicken run and mingle with the ducks, or just hang out on the netting. They don't much like the other chickens and they are very fast and wily! 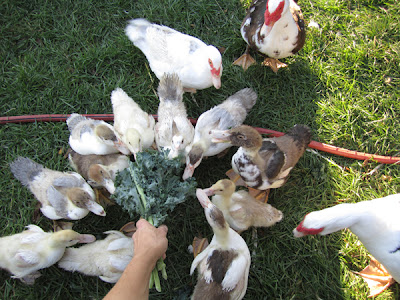 The ducks all love treats (as do the chickens!) Here they are, stripping down a handful of kale. 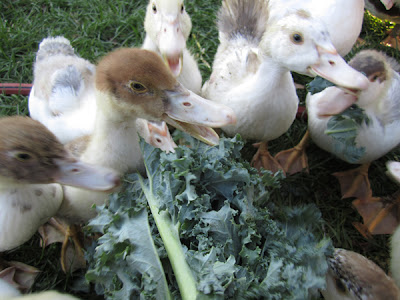 They also enjoy their "infinity pool." 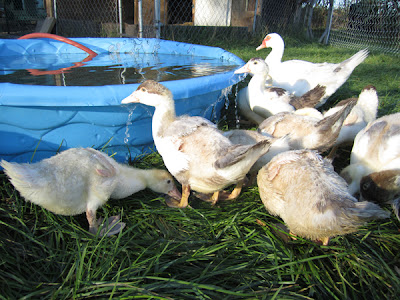 I took the pool out last weekend. It will be freezing up soon, plus Muscovy ducks don't need to swim, particularly in winter. Not that they'd be swimming in THAT pool in winter, unless I put in a heater! I was thinking maybe they'd like their own hot tub. 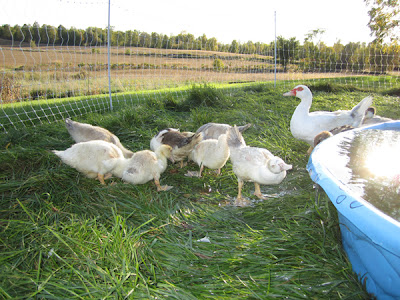 Since I took these photos, we've put up permanent fencing for the ducks and enlarged the run. 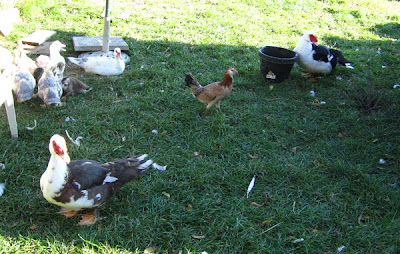 Spot the interloper! The ducks don't seem to care about the chickens. 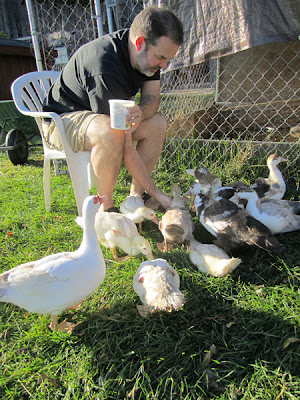 They LOVE scratch feed. They vacuum it up from your hand in no time.
The temperatures have now dropped to the normal range, so we're not wearing shorts anymore. In fact, I had to put on gloves this weekend. I nearly cried.
And here is one of the little girls enjoying a bath: 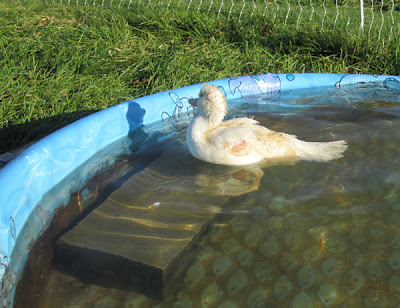 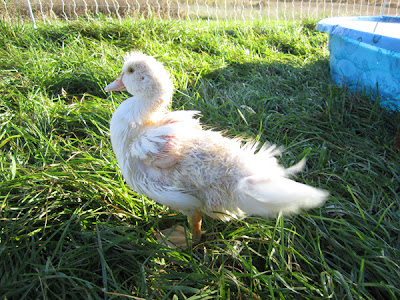 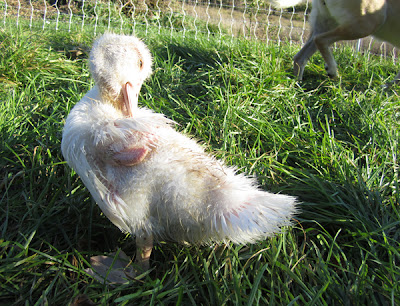 And yesterday we got another duck! Warren, the sole surviving Upper Canada Village duck, has come to spend the winter here. I've been told Warren is 3-1/2 years old and great-grandfather to our own ducklings! He's a beautiful grey guy with a twisted wing (something happened to it some time back.) He's fitting in very well and I will take some photos of him today. He was chowing down on the organic feed yesterday and seemed to approve of his new lodgings. He definitely seems to be boss, though, and MacGregor is chastened!
Posted by Knatolee at 8:38 am