It has been a while since I posted any chicken pics. We are overdue! 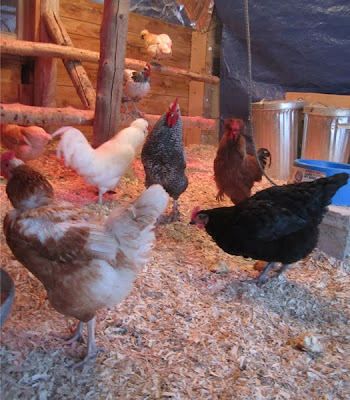 That's Georgiana and Penelope on the perch, the three rooster boys (Lord Gaga, Errol Flynn and Beaker) in the centre, Buttercup's butt on the back left, Tina Turner on the right, and poor Chicky up front. Chicky has always been at the bottom of the pecking order, and the boys have been having their way with her far too much. I have ordered her a chicken saddle because her feathers are being worn off on her back and shoulders, and we don't want that to go any further. Eventually she might bleed, then the hens would start pecking at her, and it would all get pretty ugly. So a saddle is on its way! Sometimes, love hurts. 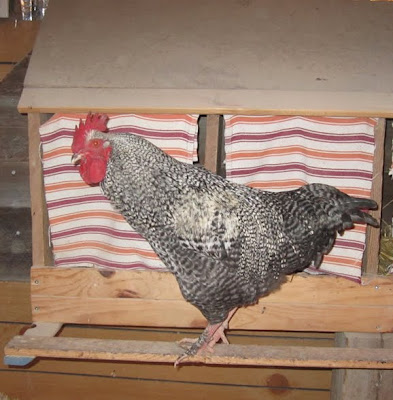 And someone keeps yanking out Errol's most resplendent tail feathers! Plus I found him in a nest box the other day, all hunkered down and making cute little noises like he was about to lay an egg. Either he likes it in the nest box because it's warm and cozy, or he's confused about his gender. Or perhaps he is just embracing his feminine side! All perfectly acceptable. 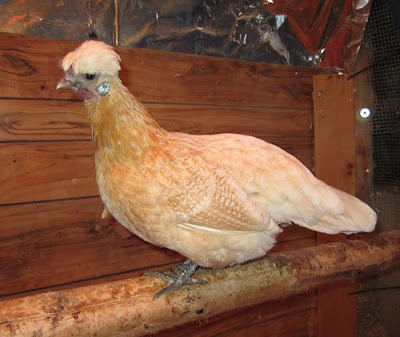 Georgiana, Duchess of Devonshire, is a lovely specimen. She lays small, creamy white eggs. All the other hens lay brown ones. She is part Silkie and who knows what else? Her cluck is the daintiest of all! 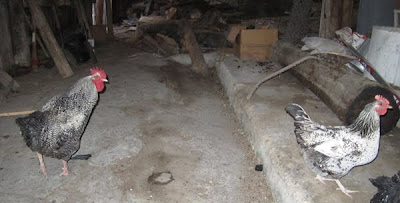 Errol Flynn escorts Penelope Pigeonator across the barn floor. Long ago, there were dairy cows in this barn. We need to tidy it up a bit and get it ready for llamas, goats, ducks and who knows what else! 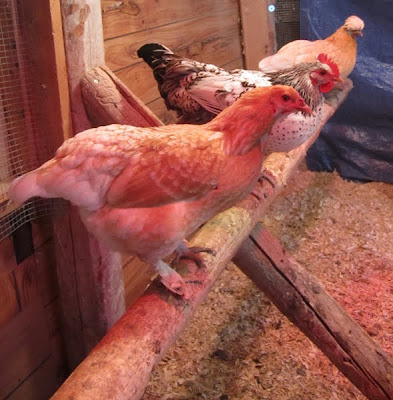 Buttercup, Penelope and Georgiana bask under the heat lamps, not unlike rotisserie chickens... 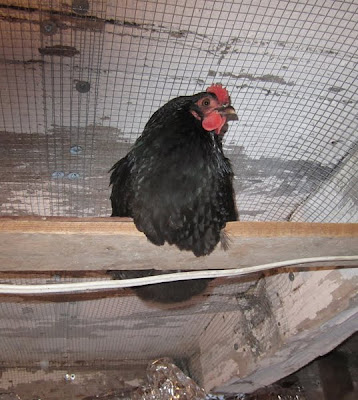 Tina Turner likes to roost up near the ceiling, as do Penelope and Buttercup and sometimes Georgiana. It's a good place to go to escape the affections of the roosters!

And there was a pretty sunset yesterday... 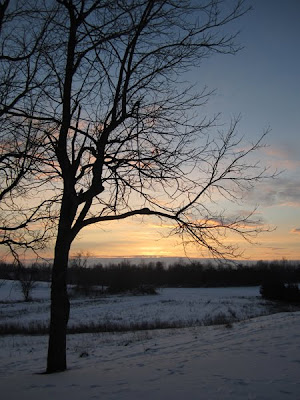 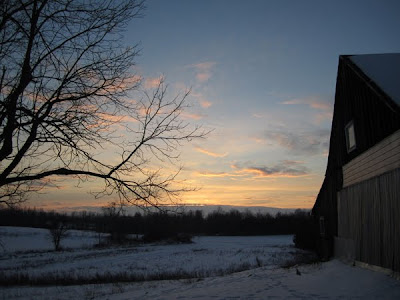