...but I'm afraid I feel compelled to include some chickens! But first, the cool rubber boots my mother-in-law gave me: 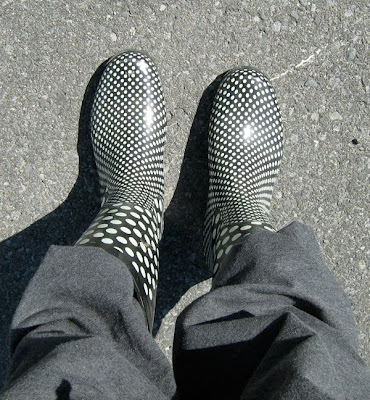 And, sigh, we have a new mother in our barn: 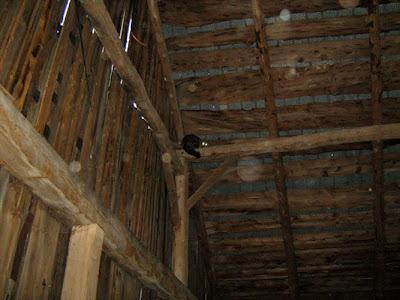 Miz Raccoon has given birth in our barn, despite our best efforts to discourage her from moving in. I thought we'd succeeded at sending her off, but this morning Sophie ran to the corner of the hayloft, where she showed me two baby raccoons, eyes still closed, mewling for their mother (who had fled to a beam! So much for protecting the children until death!) Sophie is such a good girl; she didn't hurt the babies and came right back to me when I called her. Tristan probably would have eaten them. Good thing he's in a cone and wasn't in the barn!

When I went back later, she'd moved the babies up to a beam or somewhere in the roof. I couldn't quite see where she'd stuffed them, but they were making cute little baby raccoon noises.

Yes, yes, I know all about raccoons and the evils of raccoon poop and everything else. A raccoon gave birth in our barn before, and we had a fun time (not) cleaning the mess up afterwards. When the babies are old enough, we'll get them all out again, but we're not going to disturb them right now, or shoot them as my neighbours would probably suggest. The chickens are on a different level of the barn in a well-protected coop, but we're not encouraging the raccoon to stay with her little ones! The babies are so tiny their eyes are still closed and they are quite helpless right now. I think this will be less of a problem when we start spending more time in the upper barn. It's too peaceful in there, too inviting for expectant mothers!
And now for your regular chicken fix: 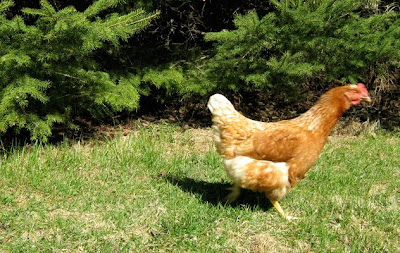 Chicky, the runt of the litter, speeds past the camera. 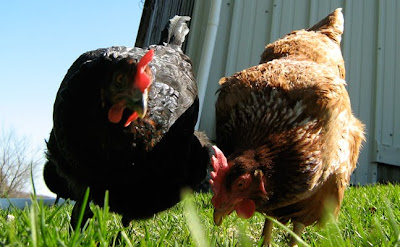 "Whatcha got there? Is it good? Can I have some?" 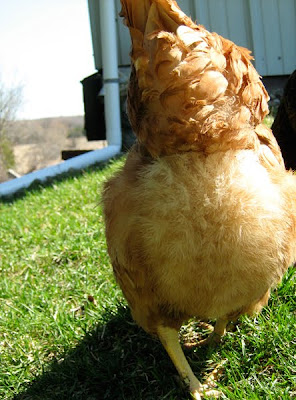 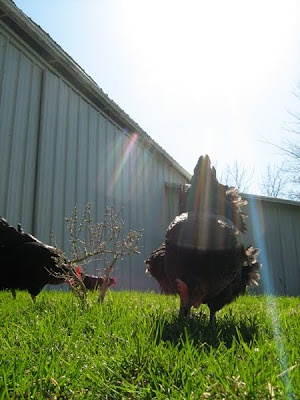 The sun shines down on happy, fluffy chickens. 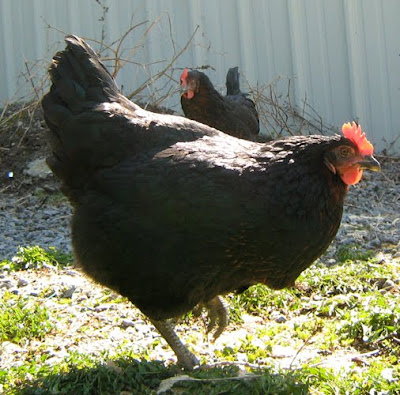 I'm not sure which chicken this is, but that's Henrietta in the background.

The animals around here have pretty good lives!