While I try to think of something more fascinating to write about than the antics of my cats, here are some photos from our cross-Canada drive (well, almost) in 2006. (In 2003 we did drove across Canada entirely, from Nova Scotia to British Columbia. In 2006 we only made it back as far as Quebec.) It's possible I have posted some of these before but I am too lazy to check. 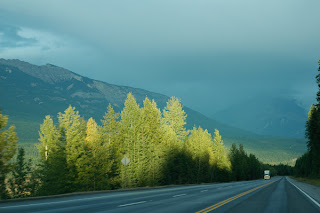 The Trans-Canada Highway, through the Rocky Mountains in British Columbia. 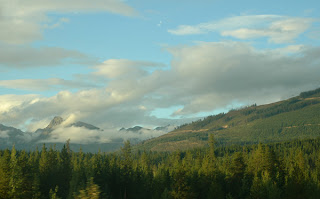 A view from the highway in BC. 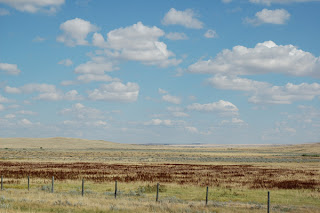 Alberta, but don't ask me which part! 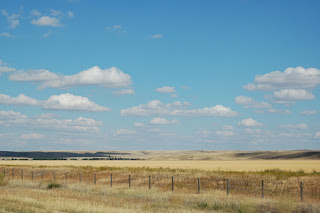 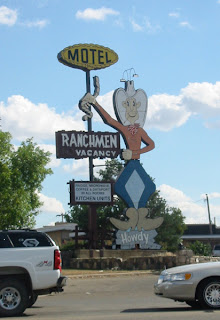 Funky sign for the Ranchmen Motel, which I think was in Medicine Hat, Alberta. I hear it's a decent place to stay! 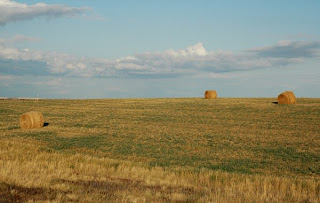 Round bales in the late afternoon in beautiful Saskatchewan (I am a huge fan of Saskatchewan.) 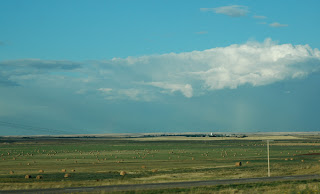 And a storm in the distance. 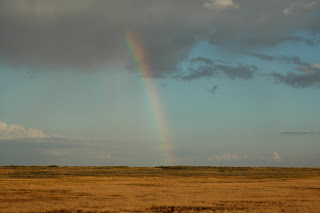 But with the storm, a rainbow! 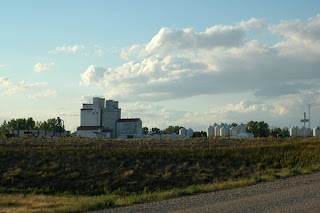 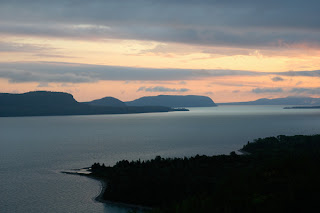 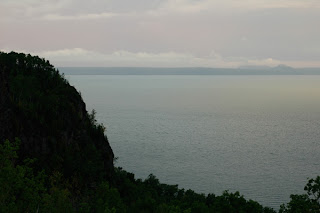 ...the gorgeous, gorgeous nothern shores of Lake Superior. I absolutely adore this part of Northern Ontario. 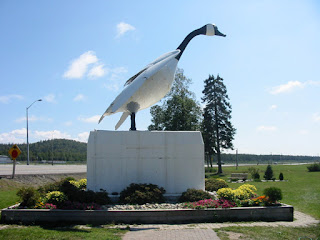 That's the end of the photos from the actual drive, but here are a few more provinces... 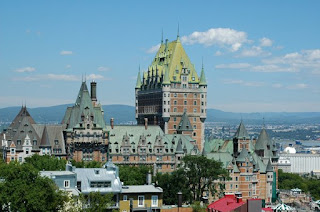 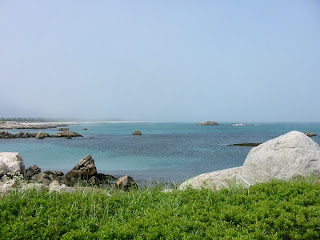 Kejimikujik Seaside Adjunct in Nova Scotia. One of my absolute favourite spots in the province. Who knew the north Atlantic could look like the Caribbean? 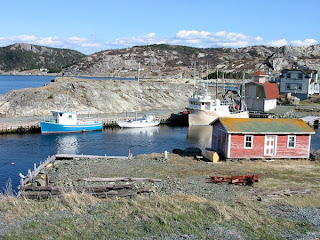 And here's wee place on Conception Bay, in Newfoundland. Hubby went there but can't recall the name of the village.

Okay, so I left out pics of Manitoba, New Brunswick, PEI, and the north. But you get the idea.


And apropos to nothing, our last winter in Nova Scotia was very snowy. Here is my friend's Australian Cattle Dog making her way down the path cut into our driveway: 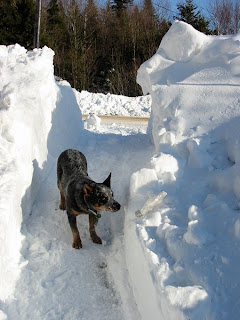 And the mound of snow next to the Mazda was our old station wagon: 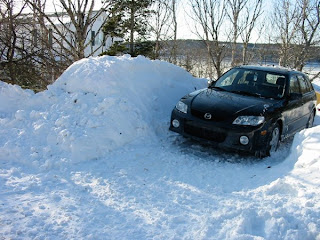 I have snow on my mind because there's a winter storm watch on right now.

Happy weekend!
Posted by Knatolee at 8:06 am