The cheese boys at work

And now, the Union Cheese Factory at Upper Canada Village. My friend Eugene is the cheesemaker there, along with the talented Dennis. We stopped in right after UCV opened for the day. 900 gallons of milk had been poured into the vat and was being heated over the wood fire to a temperature of 102F. 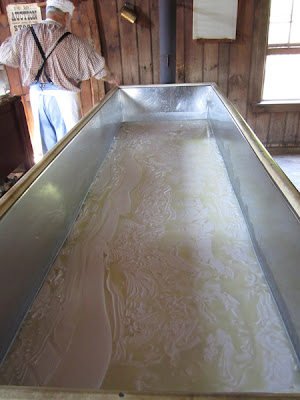 It doesn't take long for the milk to begin the process of separating in to curds and whey. 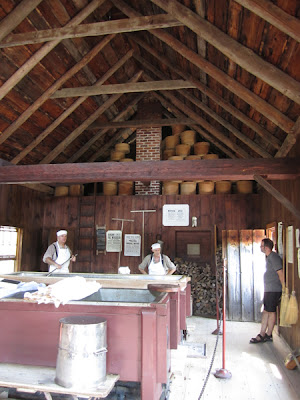 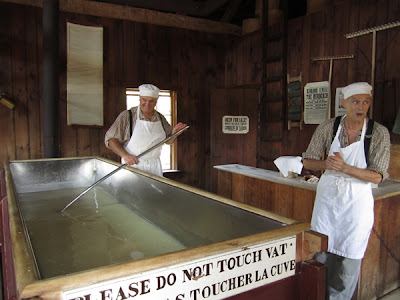 Dennis did his whole spiel just for us, while Eugene dragged what looked like a giant garden rake through the developing cheese. 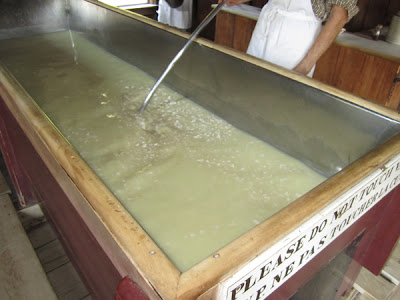 Curds are starting to form. 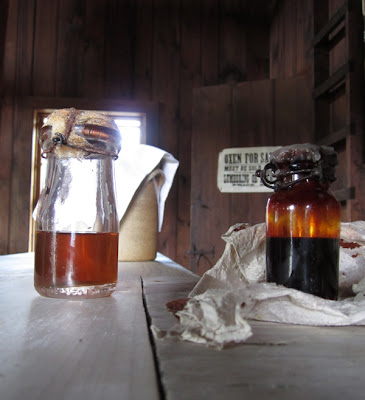 On the left is rennet, the calf stomach enzyme used in the production of cheese. On the right is annato, which is used to colour cheddar cheese orange. 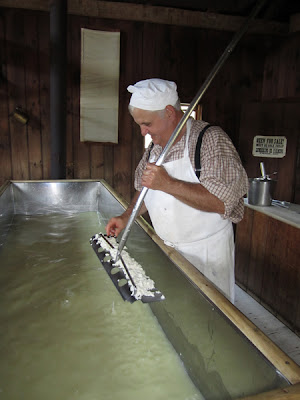 Eugene is checking the curds. Eugene's uncle was a cheesemaker, and the little building that housed his cheese factory is now at the Glengarry Pioneer Museum. 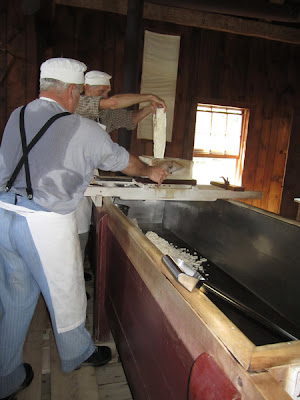 We took off for a couple of hours, and when we got back, the cheese  was in slabs. Dennis and Eugene put it through a device that cut it up into curds again. 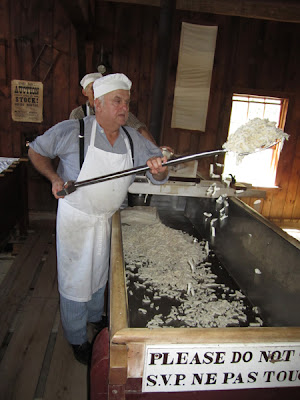 Eugene is an impressive curd-shoveller. 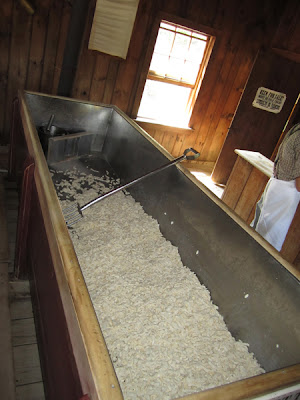 Imagine the poutine you could make with this! But instead it was to be put into cheeseboxes, where it would glom together to become the cheddar cheese we know and love! 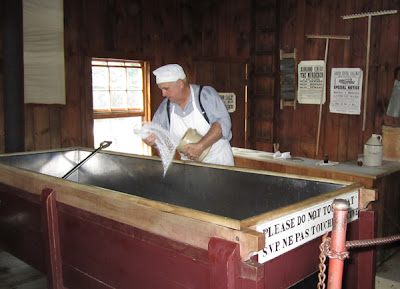 Salt is added at the end. 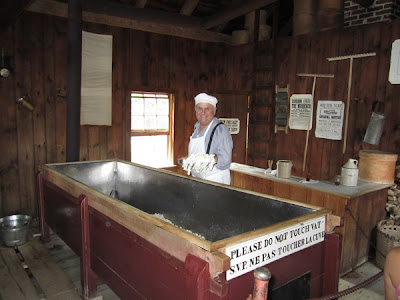 Note the maniacal gleam in Eugene's eye. I think he likes aiming a pitchfork at me! 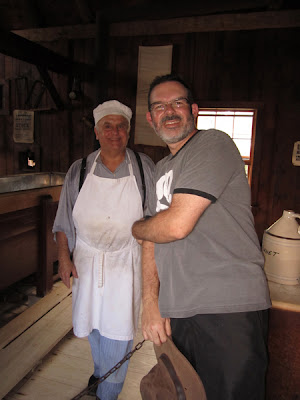 It was a hot day but a good time was had by all. 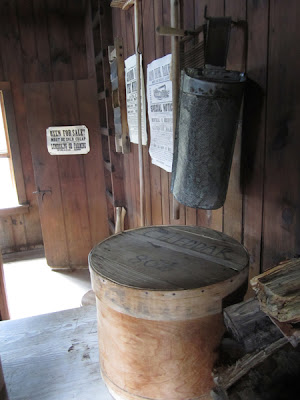 We have an old cheesebox like this in our barn, which I have to rescue and rehabilitate.
http://youtu.be/KFEKjPwWft4
Here's a YouTube video that shows Eugene and Dennis hard at work: