As a toddler, I was hell-bent on speed... and the colour red: 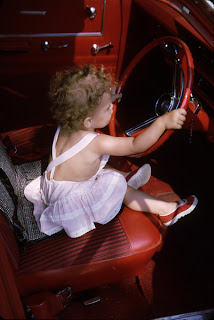 As a ten-year-old, I was an avid boater (tsk tsk, no lifejacket!!!) This is Grenadier Pond at High Park in Toronto, where they used to rent rowboats. Perhaps they still do! 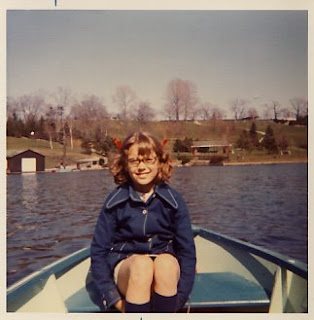 When I was little, my Mum sewed all my Hallowe'en costumes. I fear this one may be bordering on the racist, or at least politically incorrect. It was the 1960s, and I can't say my British parents were particularly culturally sensitive at the time, though they did improve later in life. But I loved the green, and it's still my favourite shade:

And finally, me with some early reading material, wearing more of my mother's handiwork: 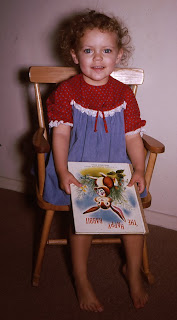