The old man gets some air time

Talk to the paw! 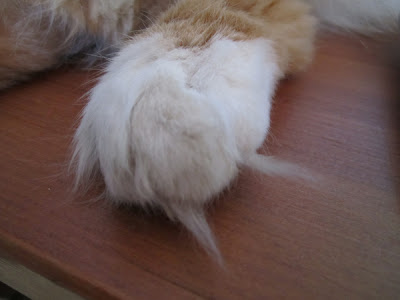 Julius is our senior kitty these days. He turns 12 this year. He showed up at our back door one winter in Nova Scotia in 2000 and never left. 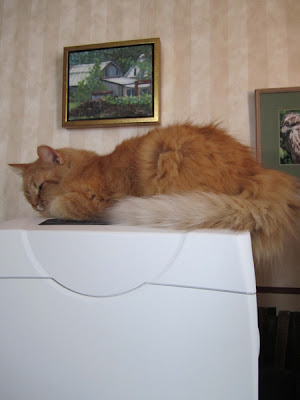 When he's hungry, he stands in front of my computer monitor and/or sprawls across my desk with his feet or butt on my keyboard. Lately, after feedings, he has been testing out a perch on the Xerox printer! 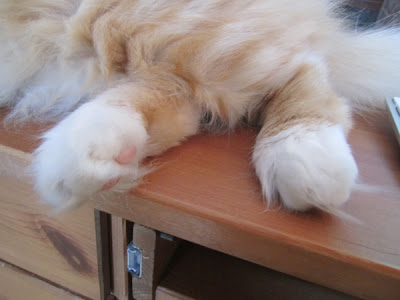 He does have the most wonderfully fluffy paws. Back when he was in indoor/outdoor cat, he used to sport a magnificent thick coat in winter. 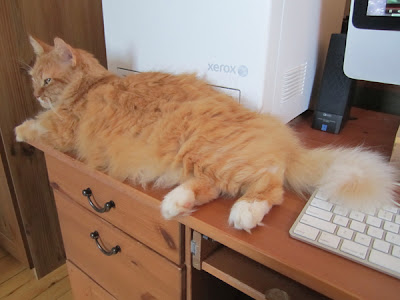 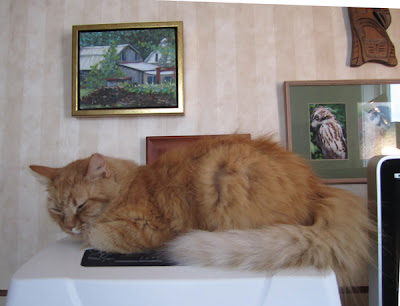 He fits in well with my art and photos. I love that little painting by John Sims. It's a scene from Apple Hill, the village near our farm. 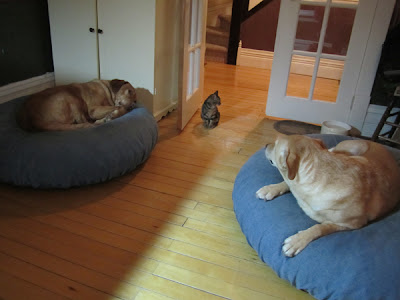 Meanwhile, the junior member of the feline faction has ZERO FEAR of the dogs. Sophie (right) growls at her a lot, but it's all hot air. Sophie growls at all the cats except Alex (she LOVES Alex) and it's just talk. She never tries to bite or hurt them. It's more like a bitchy mama-dog growl. She acts like she's putting the cats in their places, but really she defers to all the cats. She's particularly scared of Julius, who finds the dogs disgusting and isn't afraid to let them know it. 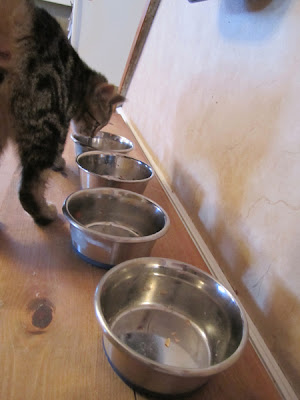 Meanwhile, Emily scoped out the food dishes to see if there were any leftovers! We feed the cats on this thing we call the "kitty credenza." If we fed them on the floor, the dogs would steal their food. 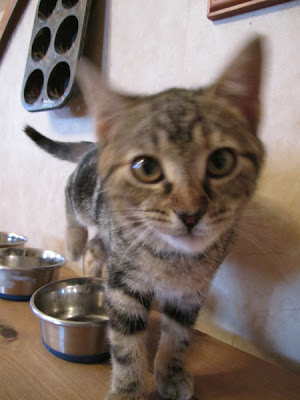 Sigh.... she is growing up so fast. We've had Emily for four weeks now! 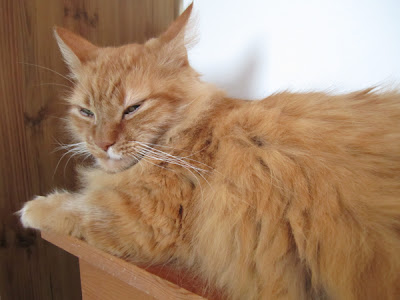 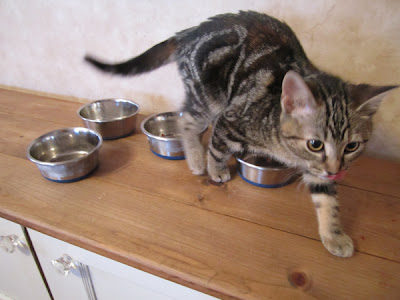 I won't, Julius. But I think you know this one is going to be boss of the household. She's cute but full of catitude!