I love spring, but oooooh, the mud! The dogs are now getting hosed down once or twice or even thrice daily. Initially I was feeling guilty, spraying them with cold water, but then I realized that they have been swimming in the creek since, what, March? Early April? If they can tolerate water that has just thawed from ice, a gentle little spray of well water ain't gonna kill them. They both stand still while I rinse them off, which makes me think they are used to this.

Sophie just adores sticking her head in muskrat holes on the creek and river banks, as you can tell: 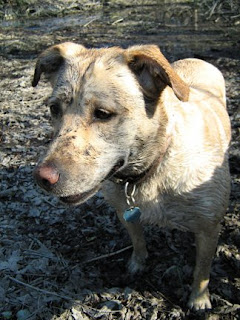 But they are both pretty good at getting mud all over themselves, not that this photo shows the worst of their efforts: 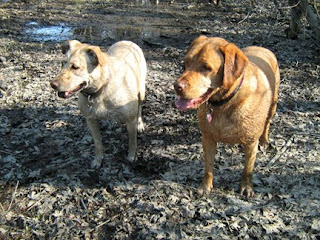 Until about a week ago, there was still snow in the woods to roll in , to get that nice clean feeling after a mudbath: 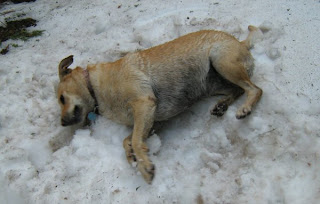 These are the woods at the back of our property. The water has almost completely receded now. but the dogs are in their element when they can splash around in water: 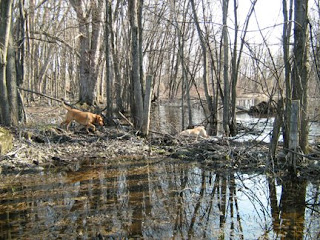 Gordon in our back pasture. He often has this bemused look when I am talking to him, particularly when I say something rude: 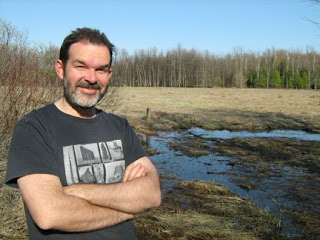 I, of course, am completely innocent and demure. Completely. 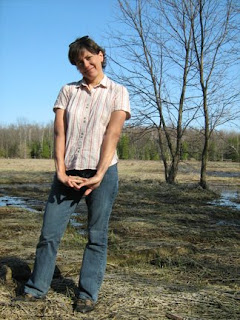 And just to prove it's spring: 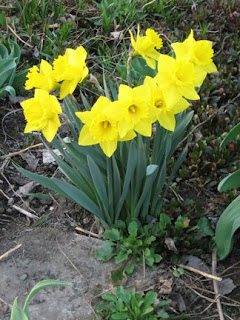 And look! Green grass around the farm! 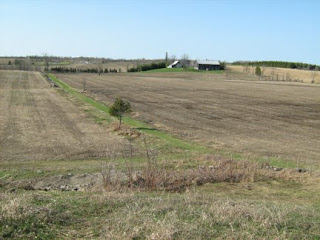 Meanwhile, Sophie trees one of the red squirrels that love to taunt her. "Pleeease, oh pleeeeese fall out of that tree!" 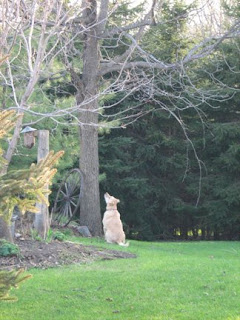