Last week I was walking the dogs in the fields when I just about stepped on a nest! It contained one newly-hatched baby, and two as-yet-to-be hatched eggs. I thought I'd seen some sort of sparrow fly off it, so I was trying to figure out what was nesting in the ground up there. I was also freaking out because our fields are being sown on May 15 and I don't want squashed babies. I'm sure there are lots of other nests in the fields but now that I have found this one, I want to protect it.

Last night, I found the nest again, and today I went back to take pictures. I put a few rocks around it so I can find it again, but now I think I should move them back so it's not so damn obvious there's something there. I just want to make sure the babies fledge before the soybeans get planted. Can you see why I nearly stepped on the nest? 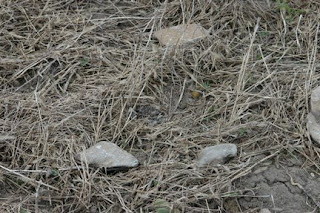 Do you see them now? 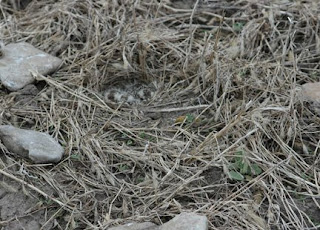 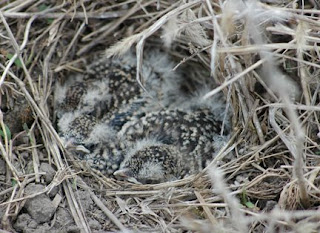 Okay, I'm sorry, but they're so cute it pains me. If the guy who rents our land comes before the fledging, I'll just have to lie down in front of his tractor. 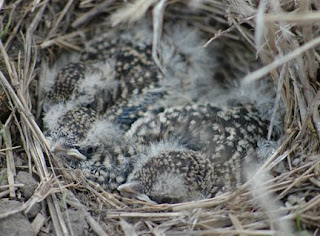 Can you see their mother (or father, but I presume mother)? 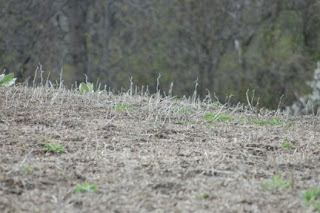 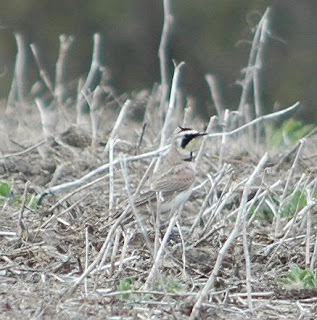 Out in the field, I thought it was a killdeer, but when I looked at my photos, I realized I had been wrong. 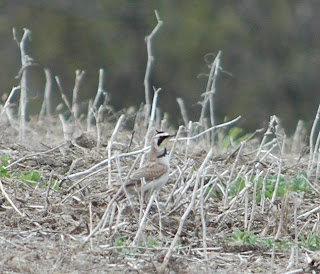 And now for something completely different. Name that frog! (My field guide isn't handy) I thought all the spotty frogs I was seeing around here were leopard frogs, but evidently not.
And yesterday I saw two massive bullfrogs in our pond. 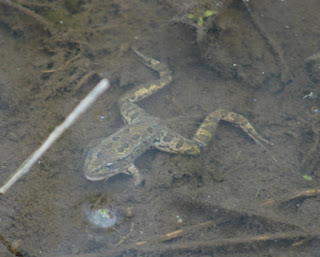 And here's the creek. Things are greening up! 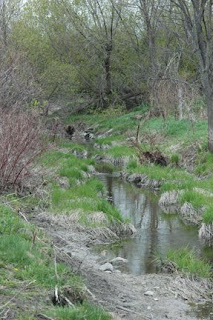 Coming up for Happy Wombat Boy, I have sparrow pics for you to I.D. I think they are Savannah sparrows, but I need your ultimate opinion!