I ended up doing all the driving in Tobago, because I don't mind twisty, hair-raising roads with obstacles every 200 metres. It's like being in a giant car-based video game! Gordon prefers city driving, which is just fine, because city driving irritates me to the marrow of my bones.

Not a day passed that we didn't see one of more of these in the road... 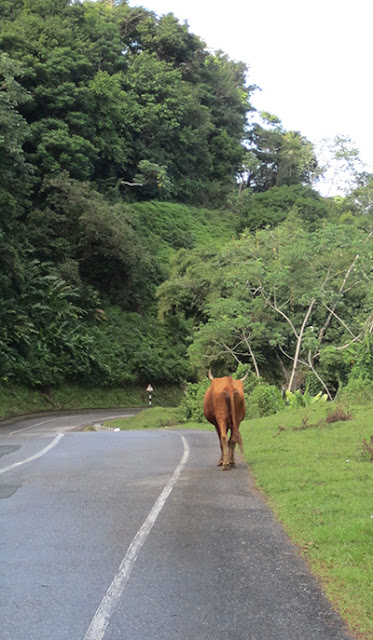 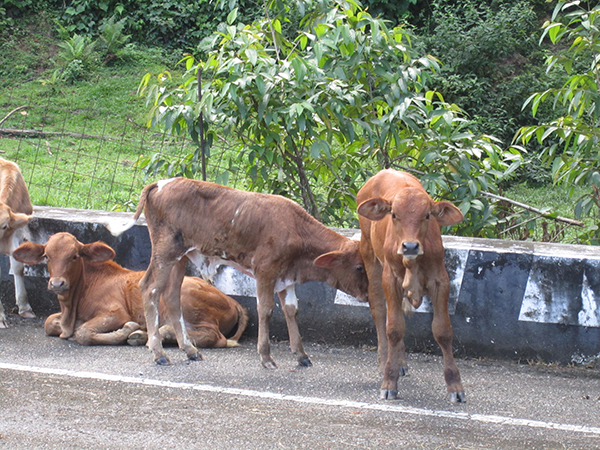 We saw plenty of goats in the road, not to mention napping dogs and sauntering human beings. But the   roads are so steep and twisty that it's tough to get going much faster than 40 kmph at best. Every time I got the car in fourth or fifth gear, I cheered. It was that rare an occurrence! 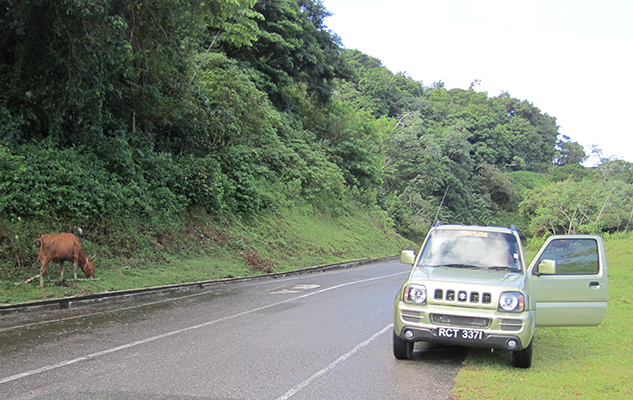 And they drive on the left in Tobago (but park pointing with or against traffic. In Canada, I would only park at the side of the road pointing in the direction of traffic. To do otherwise would get me a ticket!)  For reasons I don't understand, I never have a problem transitioning to driving on the left. I've driven in England and it has always been fine. 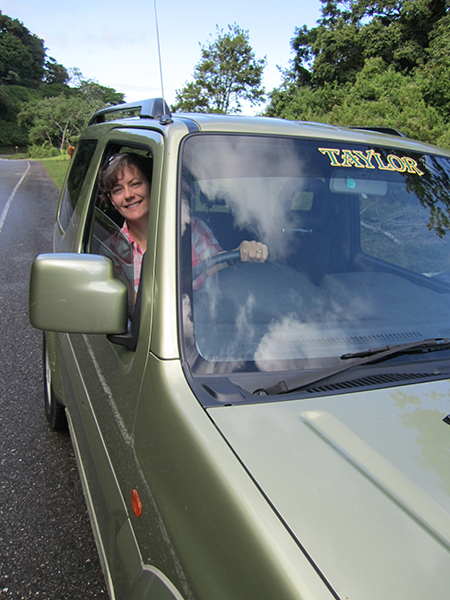 One of our guides did ask Gordon was his wife was driving him everywhere! He said something about enjoying having a personal chauffeur.

One day, we drove all the way up to Speyside to take a glass-bottomed boat tour. That drive had some interesting moments involving backing all the way down a steep, twisting hill between a dump truck and an SUV. There was road paving going on and let's just say my knuckles were a little white but we all survived nicely!

We relaxed with lunch at a nearby hotel before our boat trip. Gordon had something called a Caribbean Fold, which sounds more like a cat than a seafood-filled tortilla... 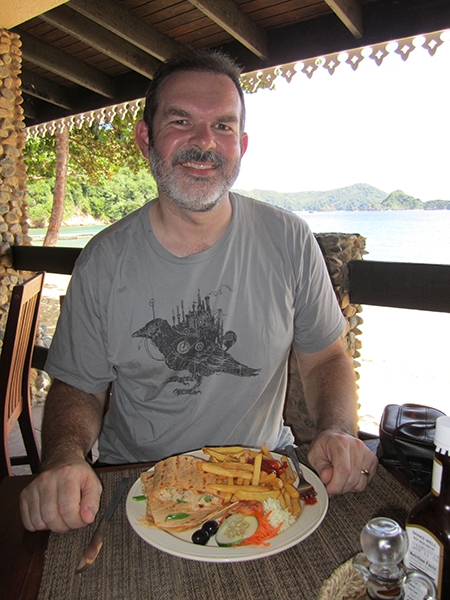 I had a flying fish burger which was very tasty. 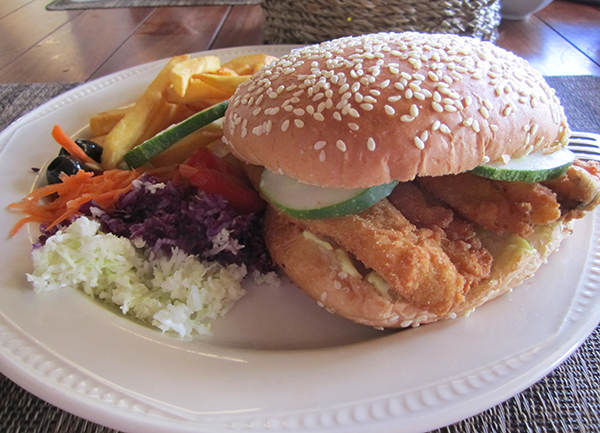 The hotel had hummingbird feeders everywhere, and the Copper-rumped hummingbirds were going crazy over them: 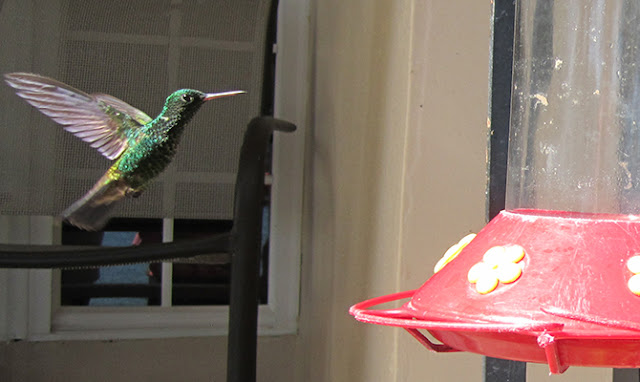 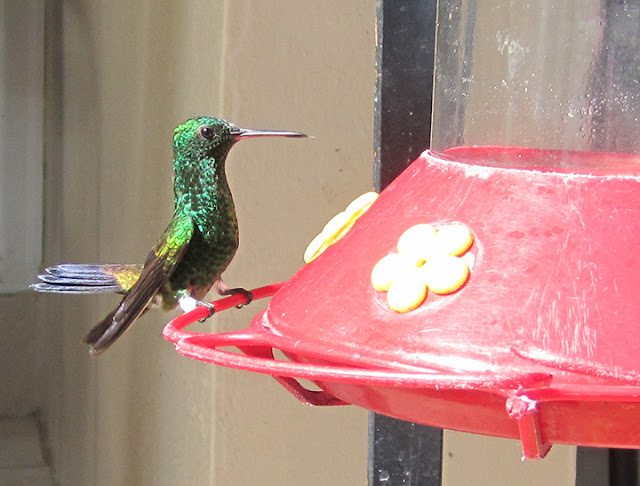 Beautiful little jewels in the sun! Here's a short video of them in action:

After lunch, we walked down to the dock to wait for our boat. 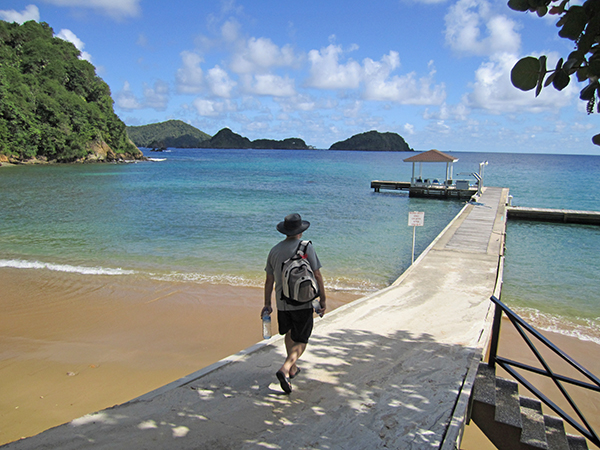 The beach was very pretty. Speyside is a popular place for divers. 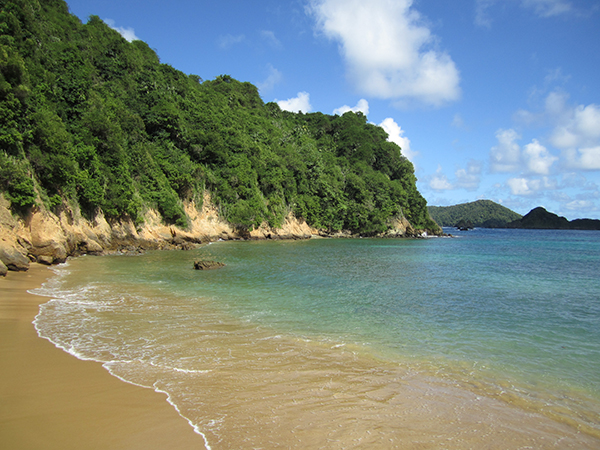 We sat on top of the boat on the way out! 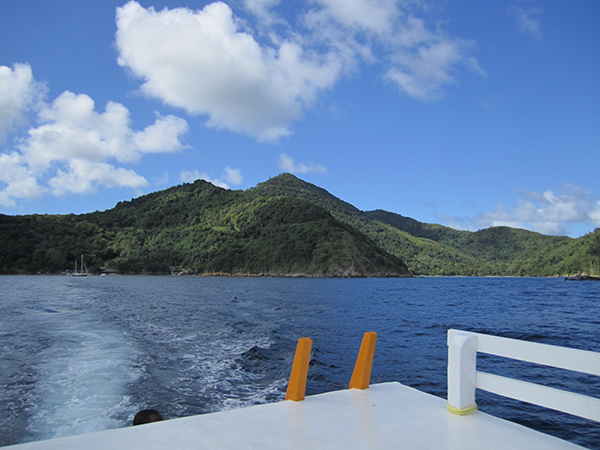 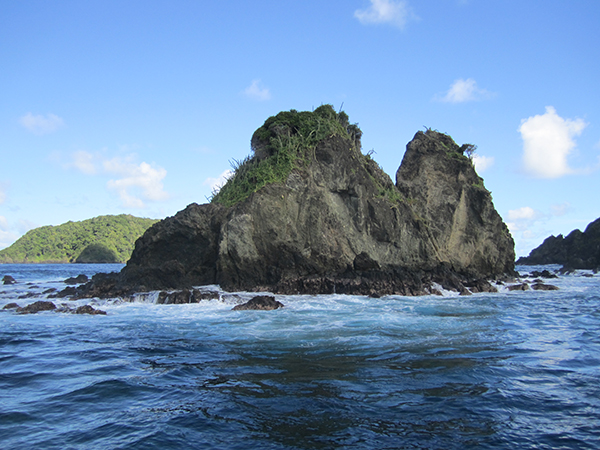 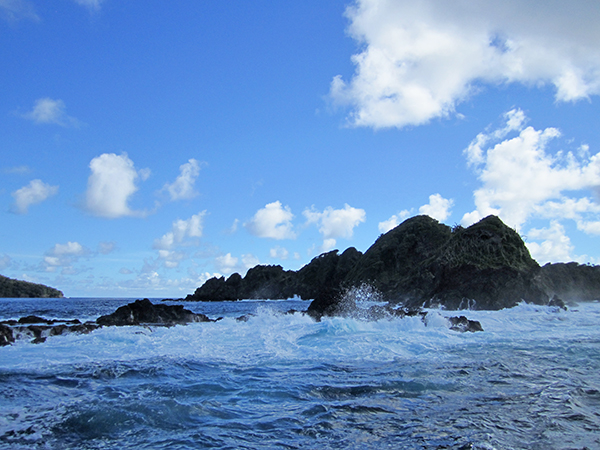 First we headed over to Little Tobago Island. Later we snorkeled in these waters and we saw a sea turtle! That was one of the highlights of my trip. 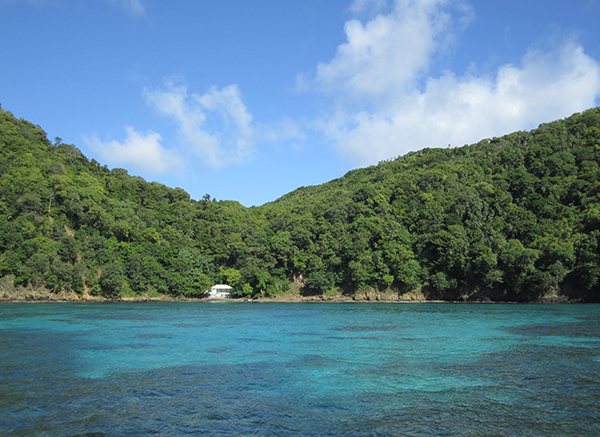 The island is a bit of a birders' paradise. We saw many beautiful birds here, including Red-billed Tropicbirds, Brown Boobies, Magnificent Frigatebirds, and a Broad-winged hawk. 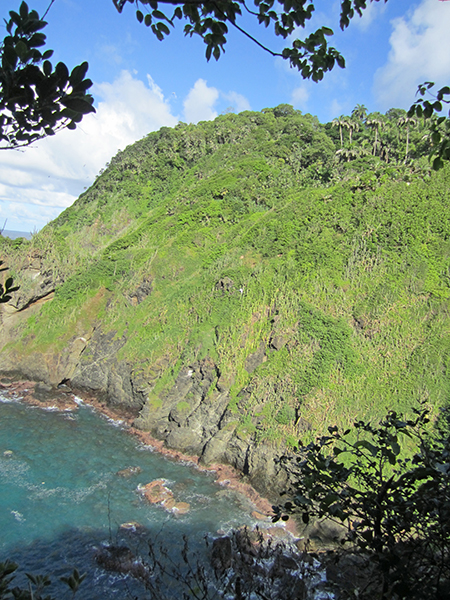 And this Red-billed Tropicbird crash-landed right near us! Apparently they are used to humans and do this regularly. He was tired and needed a break from flying. 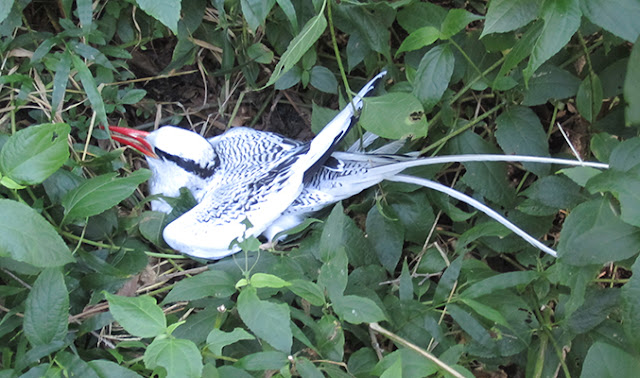