A new twist on an old favourite...

Last night was the final night of Hanukkah, and we went to our first Hanukkah meal ever at my friend Ronna's house. 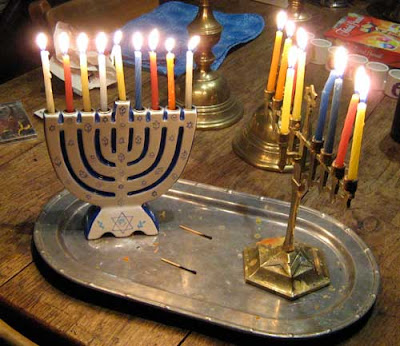 I enjoyed lighting some of the candles. You can see why Hanukkah is also known as the Festival of Lights. 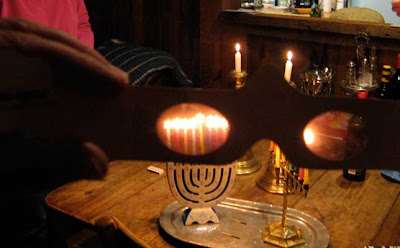 And these 3D glasses that turned the flames into Stars of David were really cool!

But the best part of the meal? 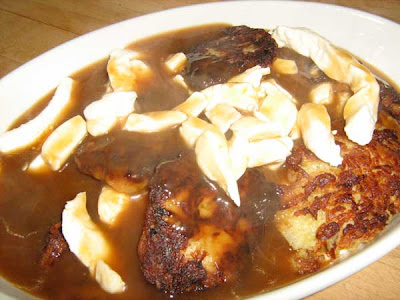 POUTINE LATKES, invented by Ronna! They were a cross-cultural delight. Ronna has a great new blog called the Poutine Chronicles, and I consider her the "Queen of Poutine," (or perhaps La reine de poutine) as does the New York Times. For those not in the know, poutine is a Quebec delicacy that traditionally features French fries with gravy and cheese curds on top. While poutine is a heart attack on a plate, it's also really yummy! 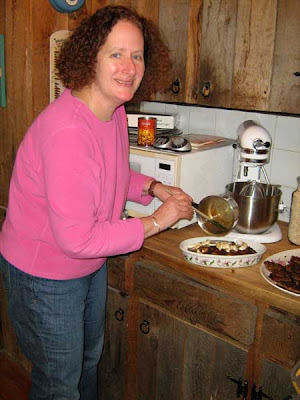 Here is the Queen of Poutine with her remarkable new creation. 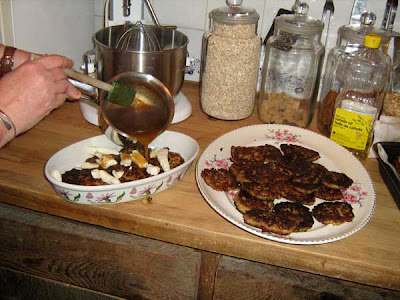 Regular latkes next to the poutine variety. 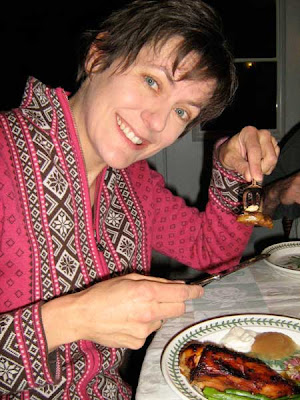 Me sampling the deliciousity. I ate many poutine latkes and many more regular latkes, plus delicious chicken, salad and asparagus. Thus began the season of stuffing myself like a turkey on a daily basis! 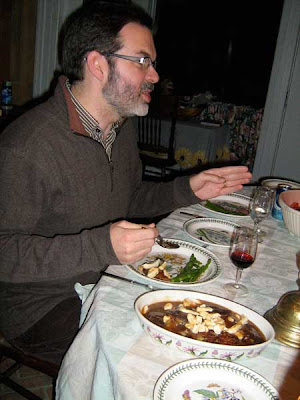 Gordon expounds upon the excellence of POUTINE LATKES! 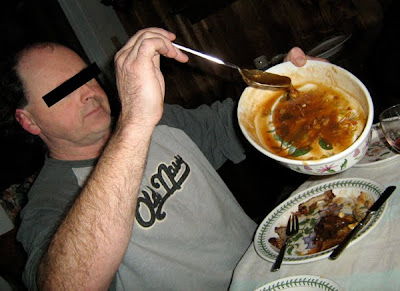 Ronna's beau Richard, with eyes blanked out because I've decided he works as a spy for CSIS, scrapes the last morsels of delightfulness from the poutine platter. 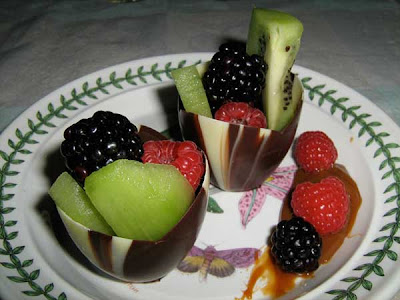 Dessert was suitably light and scrumptious!

And guess what? My sock monkey came along to party with Ronna's sock monkeys. He was quite well behaved... 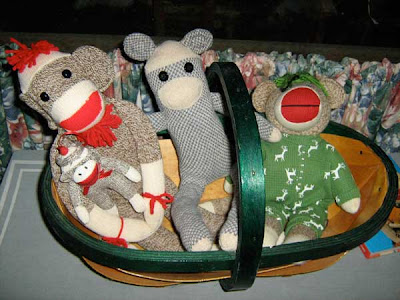 ...until he got into the vino and passed out in Miz Sock Monkey's lap! 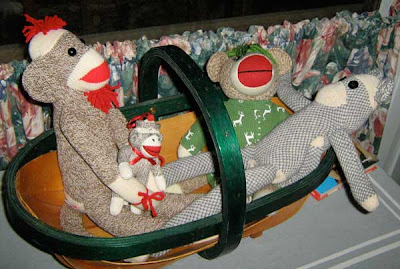 What a wonderful evening. Thank you Ronna and Secret Spy Richard! (Ooops. I guess I've blown his cover. I hope they don't waterboard you, Richard.)

And today we are visiting our German baker friend and his partner. I have been promised cinnamon rolls and Stollen It is possible I may explode before Friday...