The road to Kandy

One more shot from the top of Ella Rock... 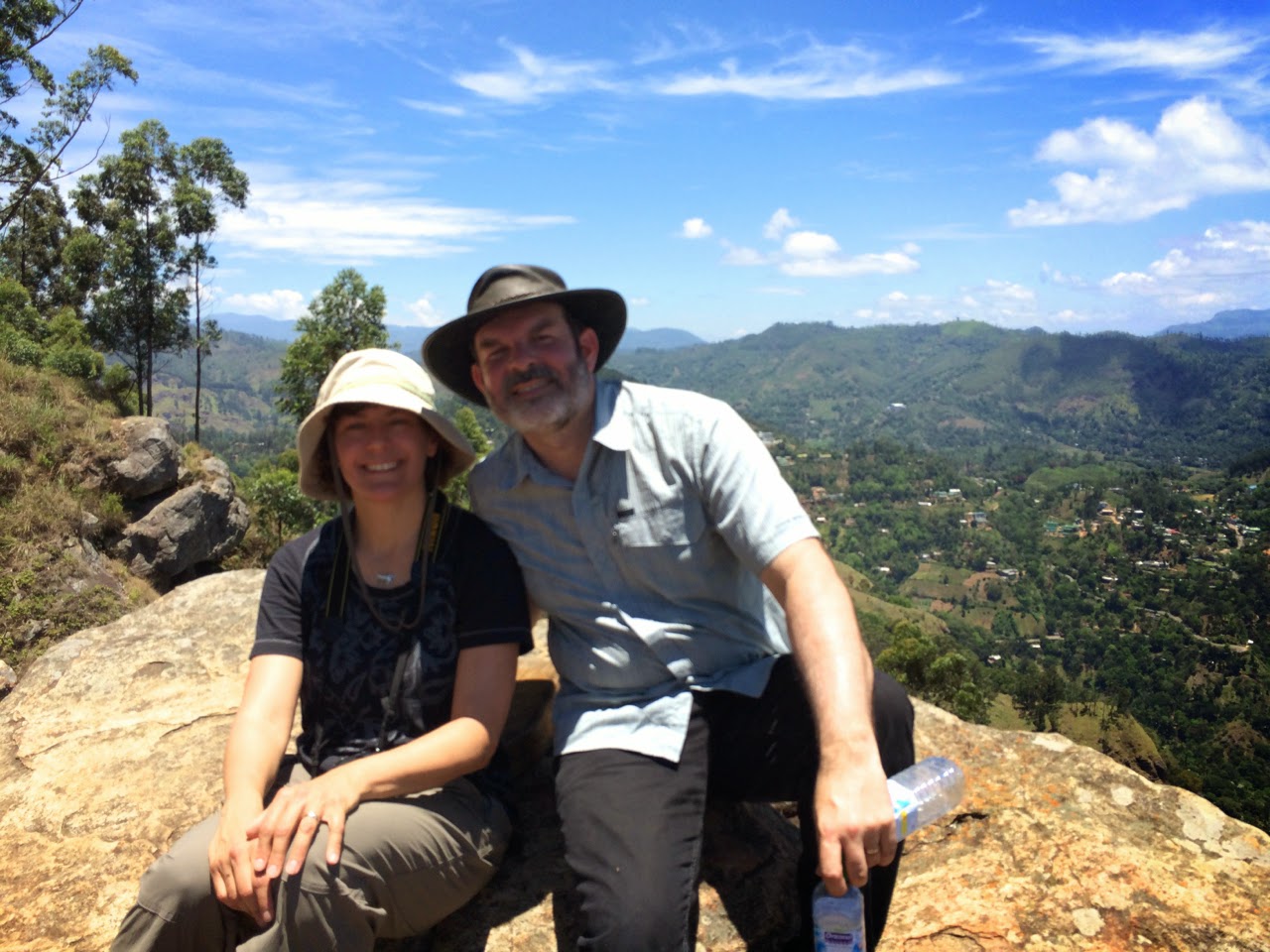 A nice American guy originally from Binghamton, NY took this. He was amazed we knew where Binghamton is! It's just a couple of hours south of our place, over the border.

So yesterday we hit the road again, on our way to Kandy. This morning we visited the Temple of the Tooth. Instead of giving you a picture of the temple, I give you... 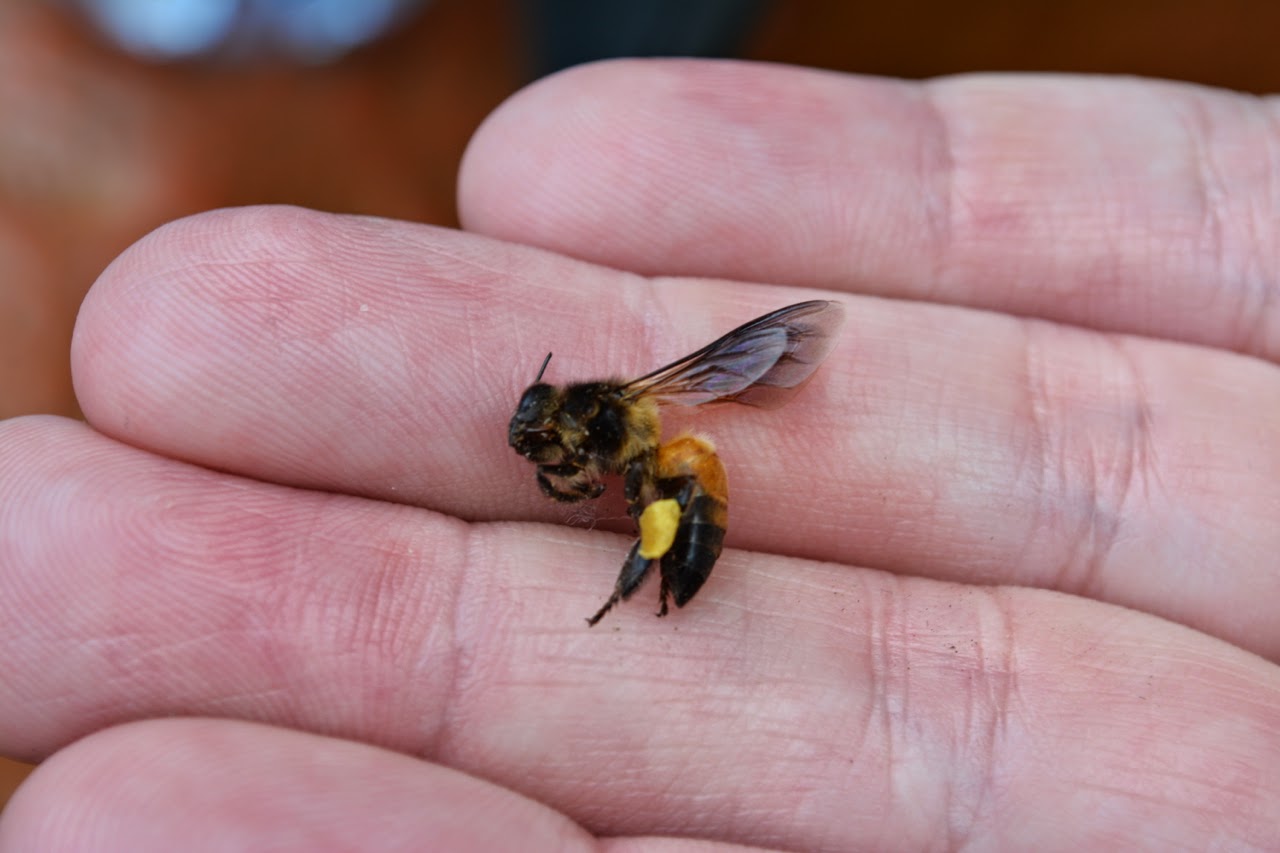 ...a picture of a dead honey bee I found at the Temple. Not apis mellifera. I am thinking apis cerana. Anyone? Poor thing died with a full load of pollen!


But I'm getting ahead of myself. Before we got to Kandy yesterday, we stopped at a Hindu temple near Nuwara Eliya. 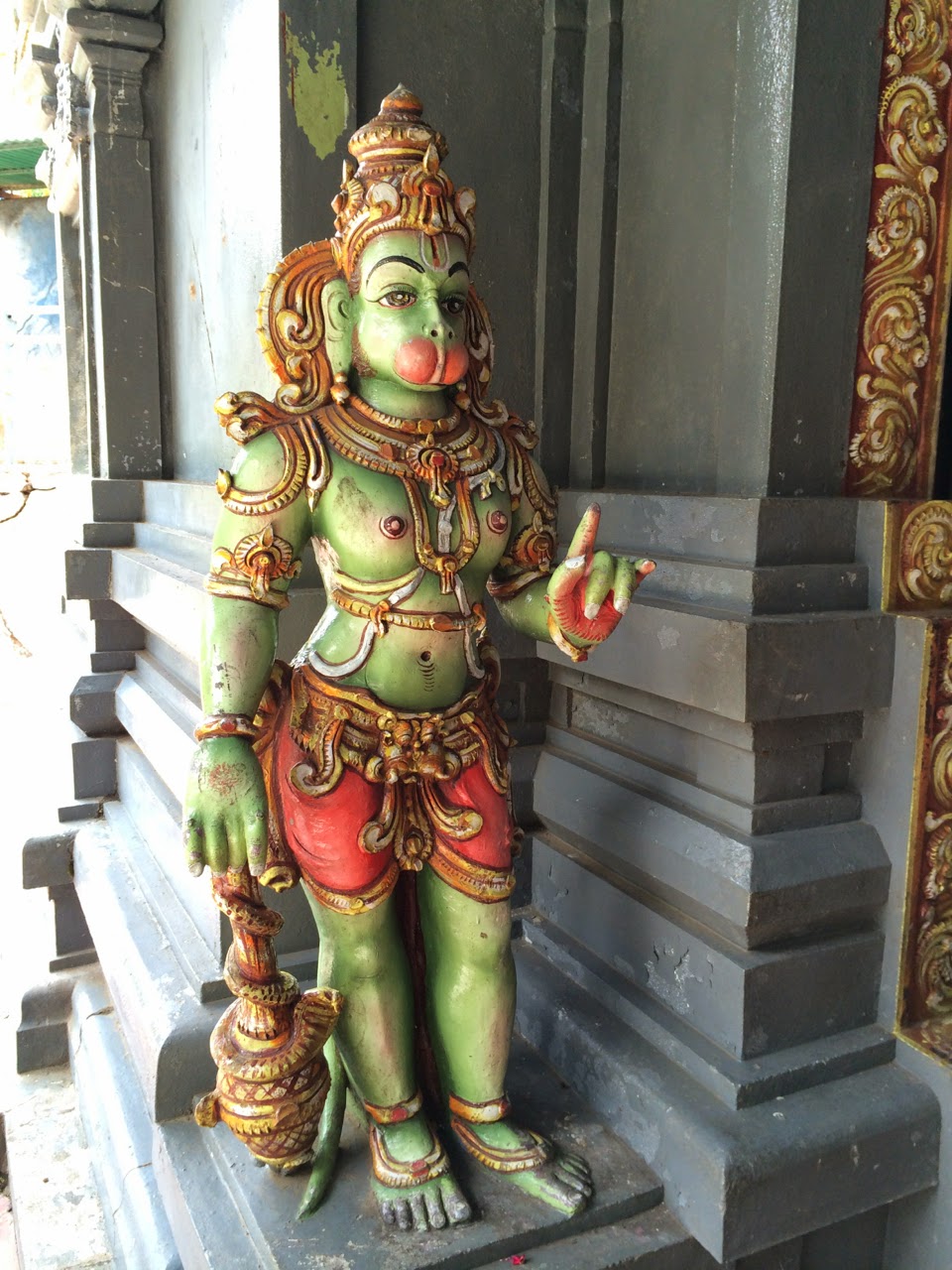 I have a thing for Hindu temples. I'm a sucker for lots of ornamentation in places of worship! 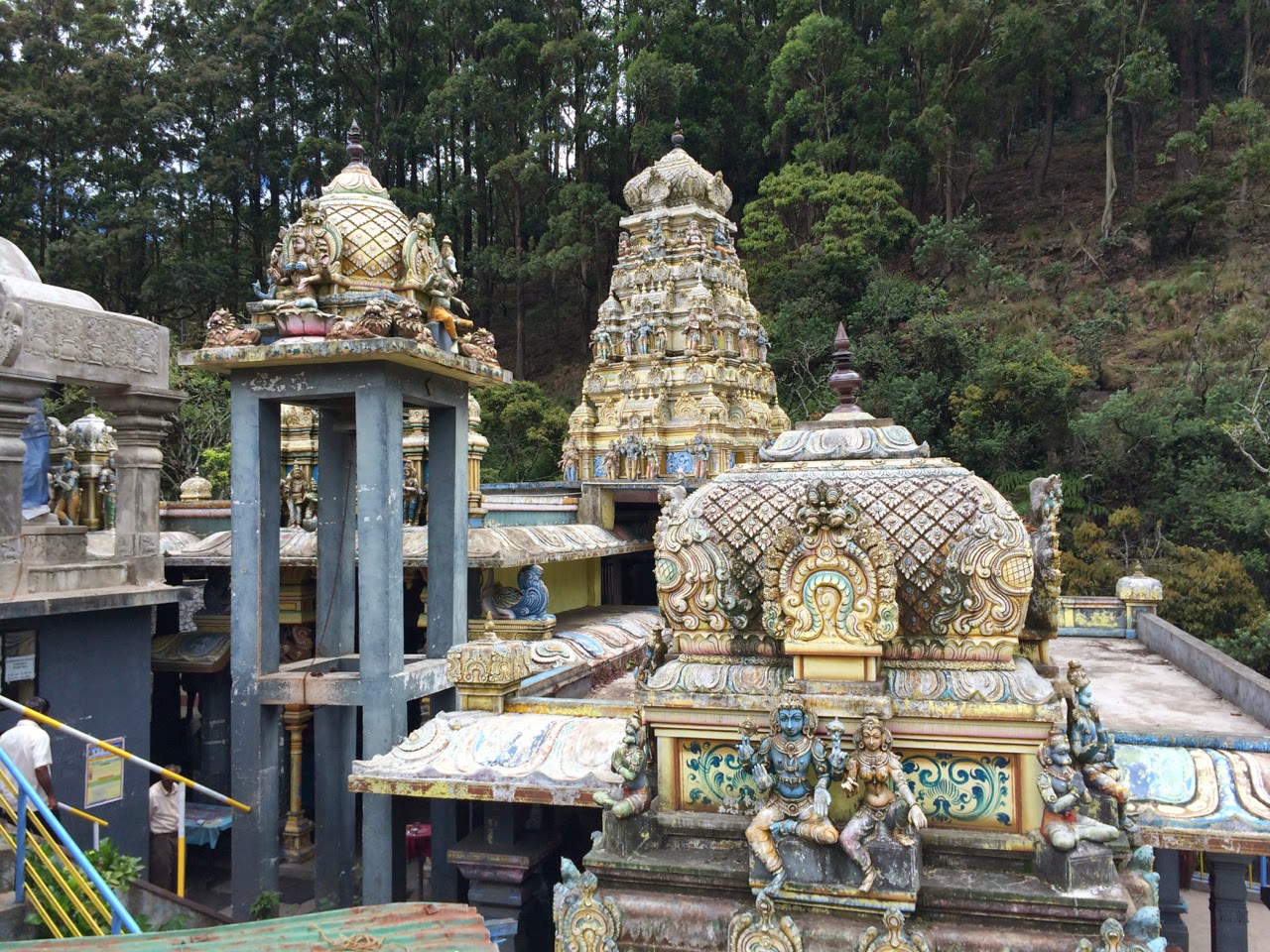 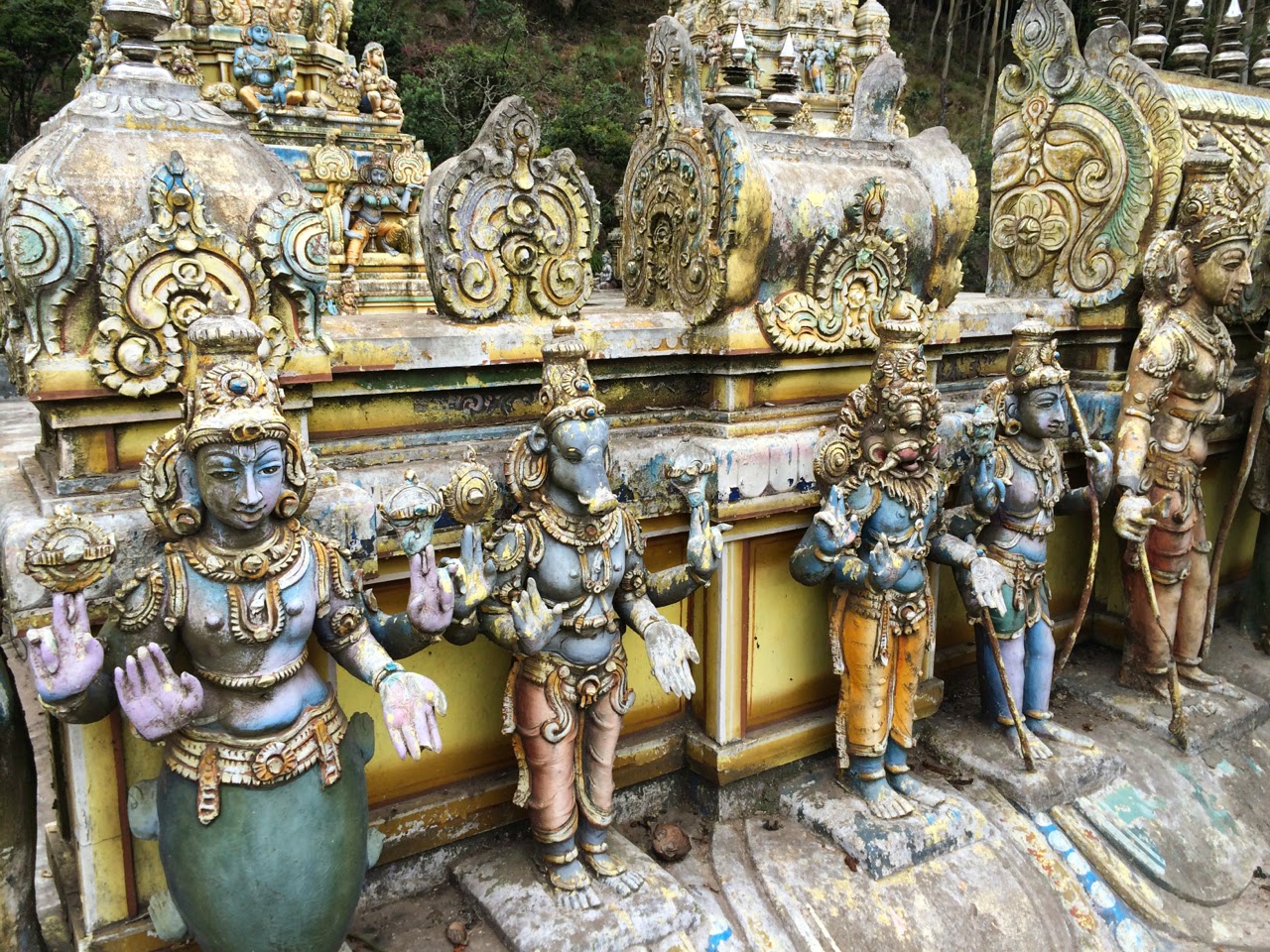 After the temple, we passed many farms in Nuwara Eliya... 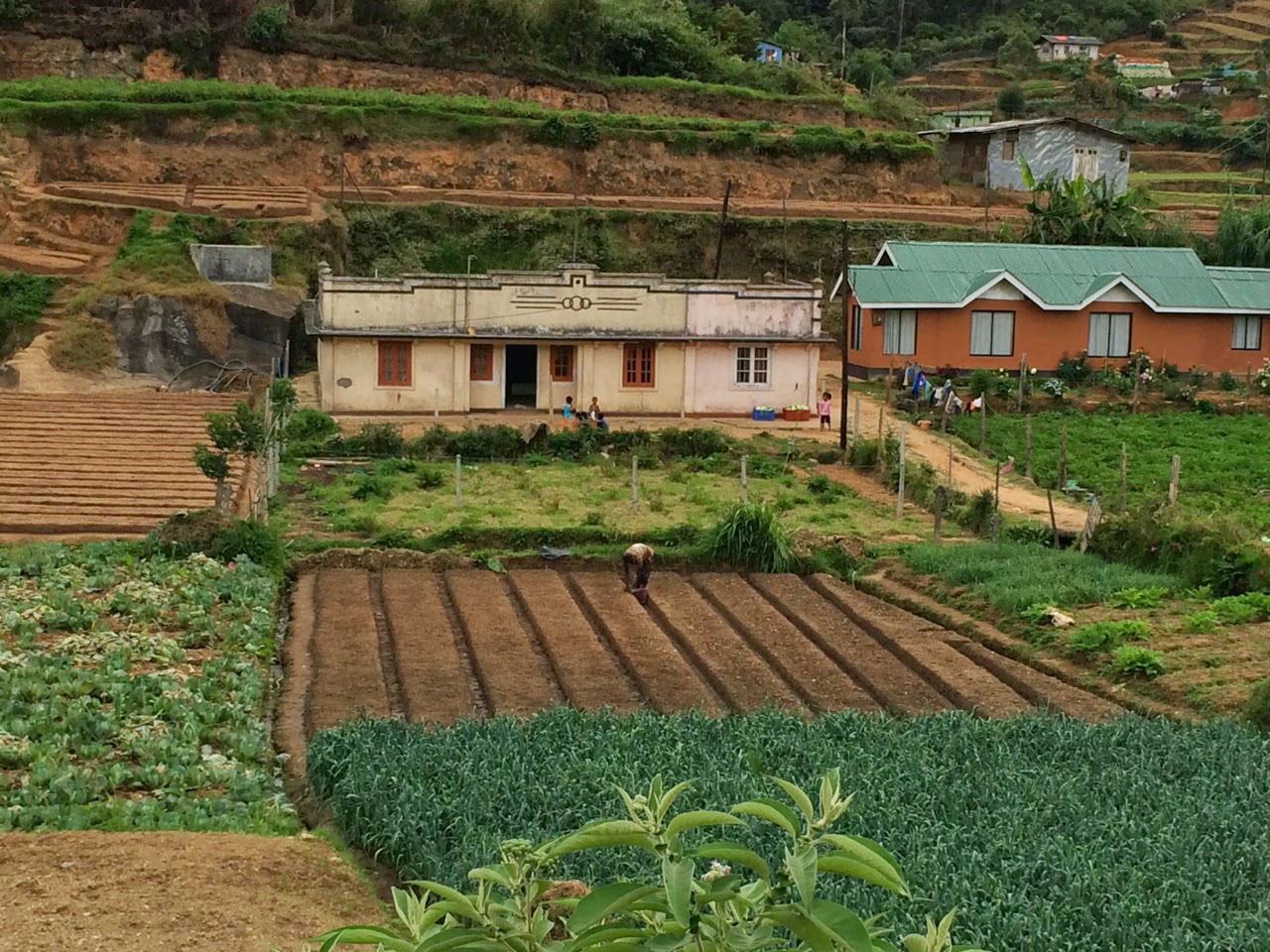 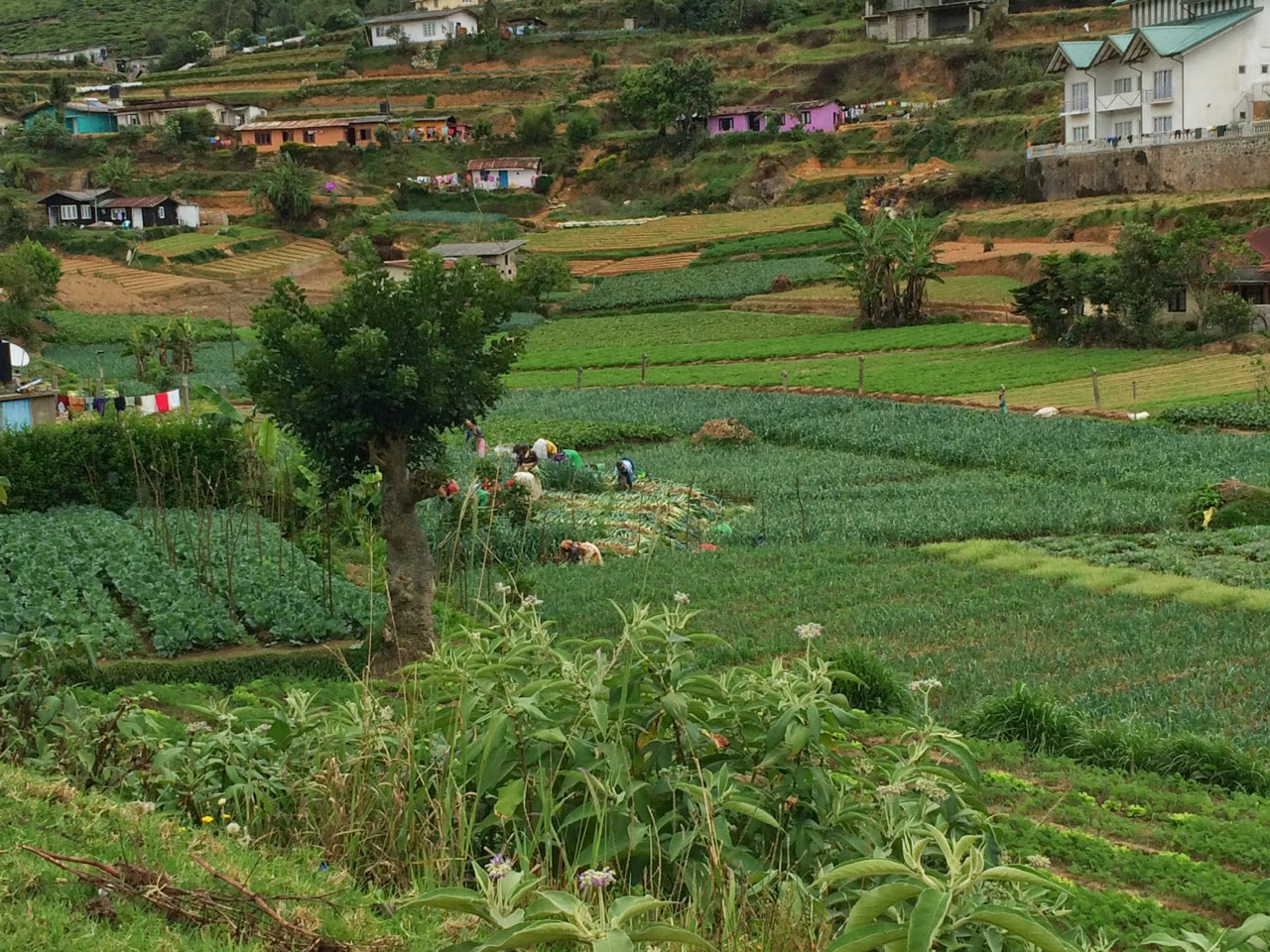 People were out harvesting leeks. You could smell leek in the air!

And at the tea estates, the tea pickers were working hard. A job I would not want. :( 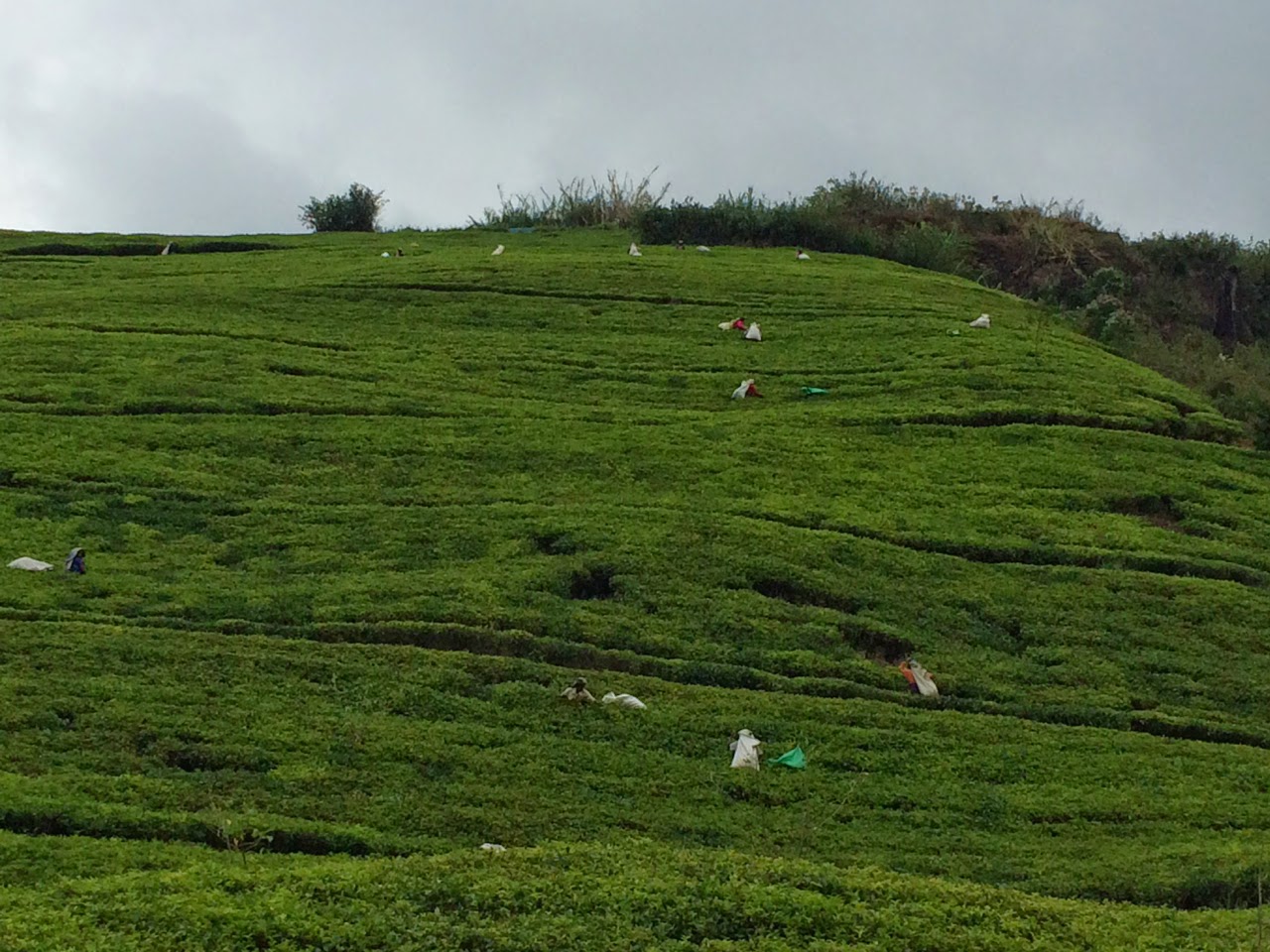 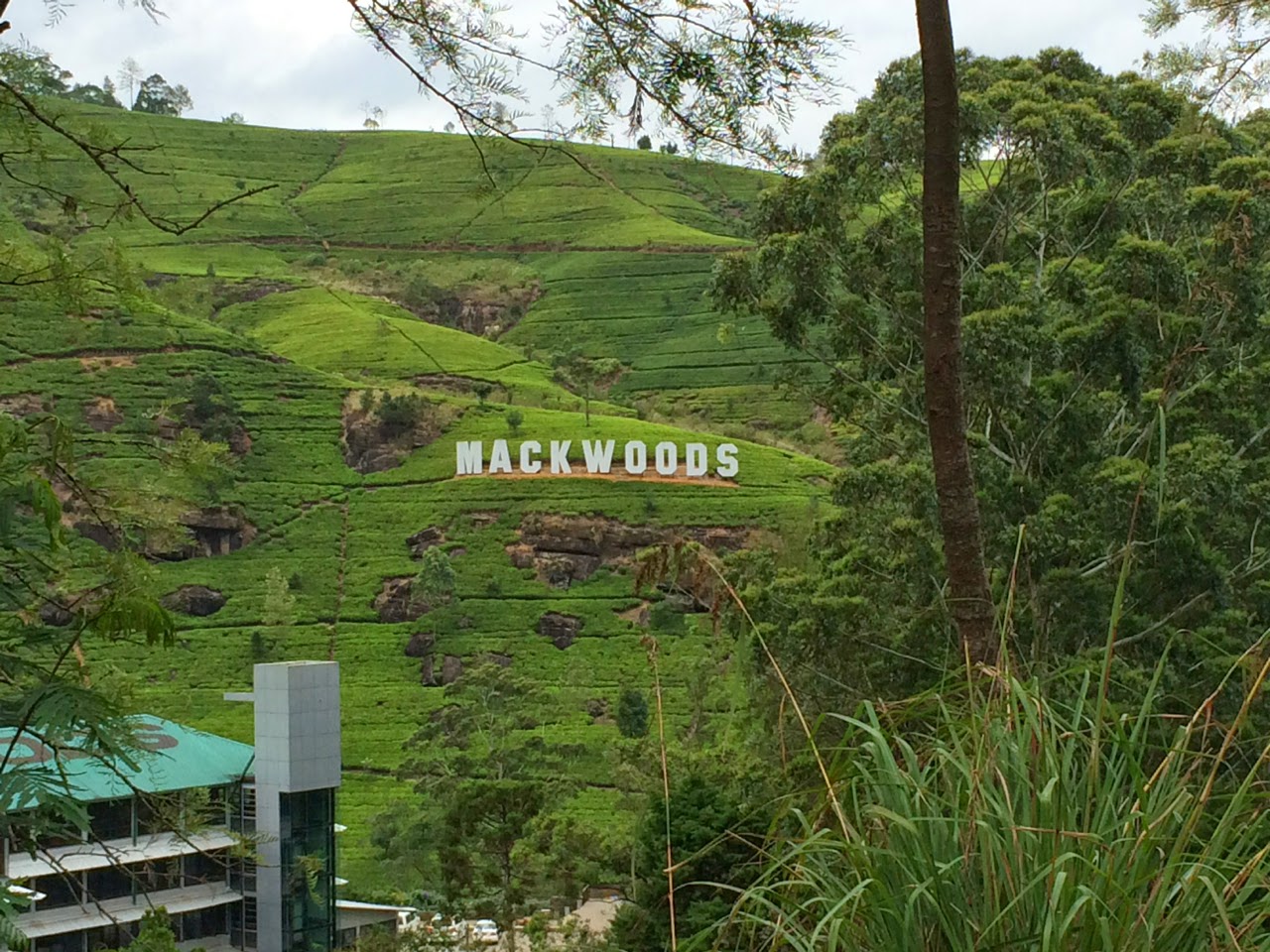 Mackwoods is a huge estate that seems to think it's Hollywood! :)

We stopped for lunch near Ramboda Falls. Here's a panoramic view from our table. 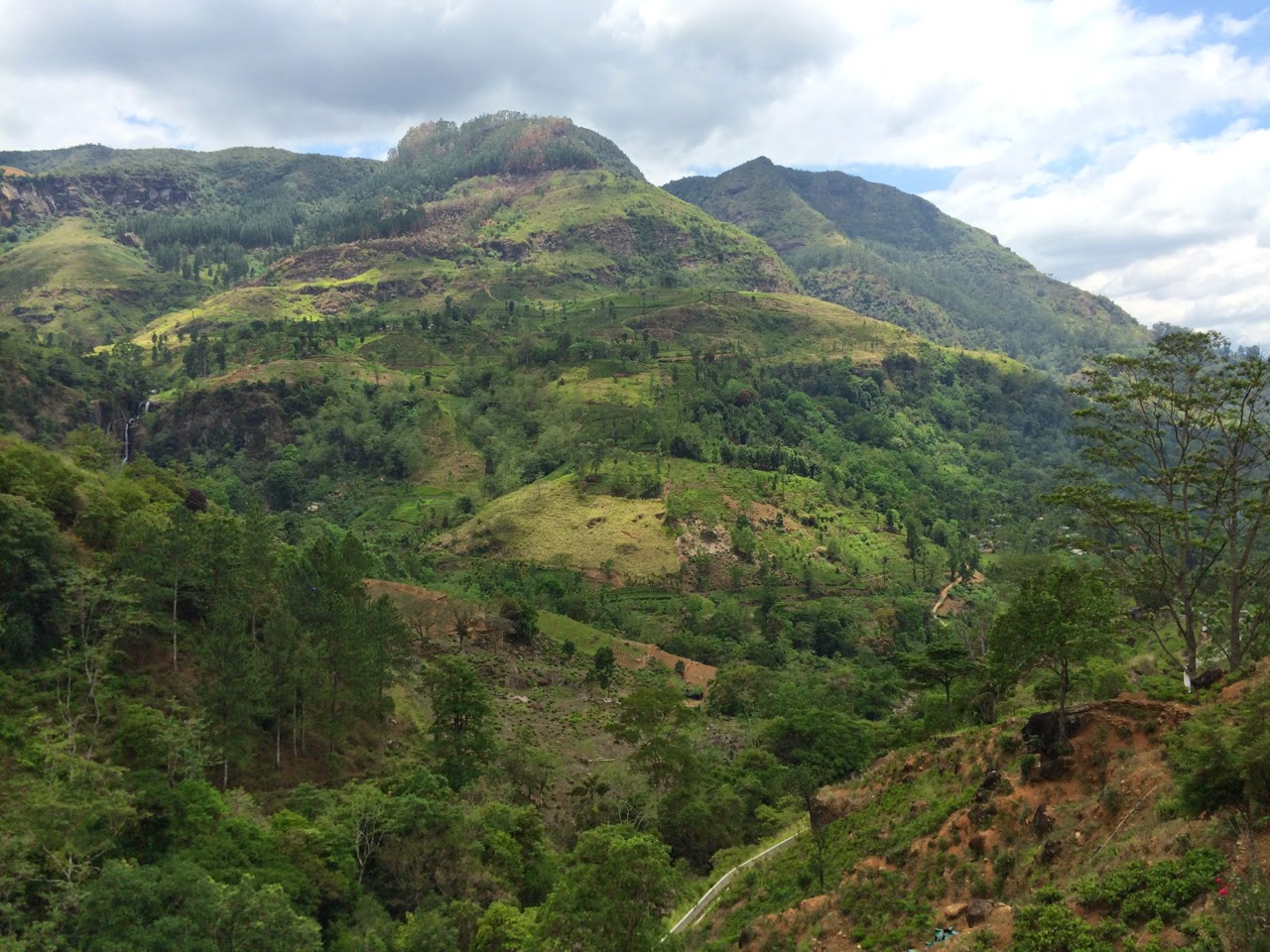 Sri Lanka is a beautiful country! 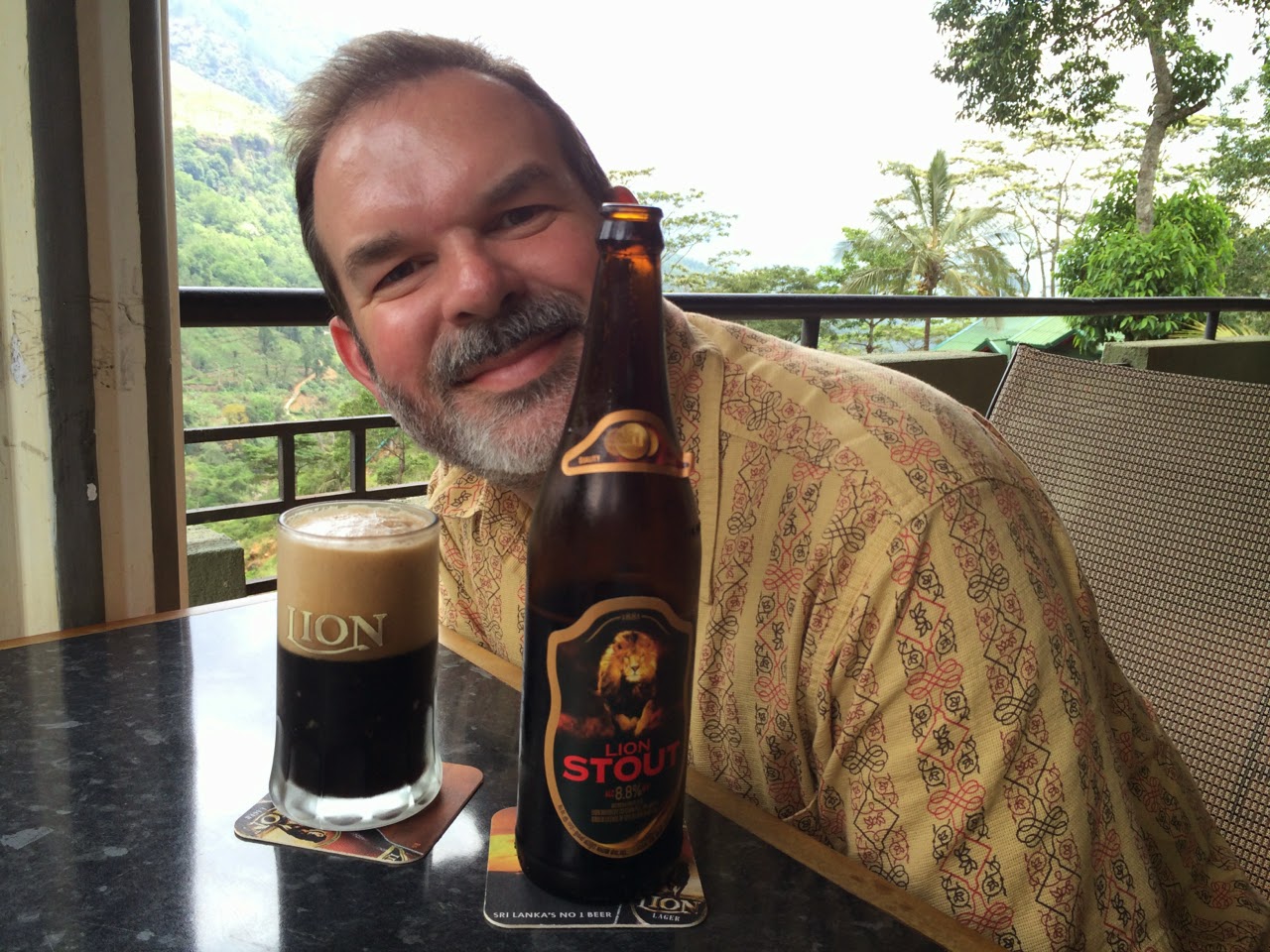 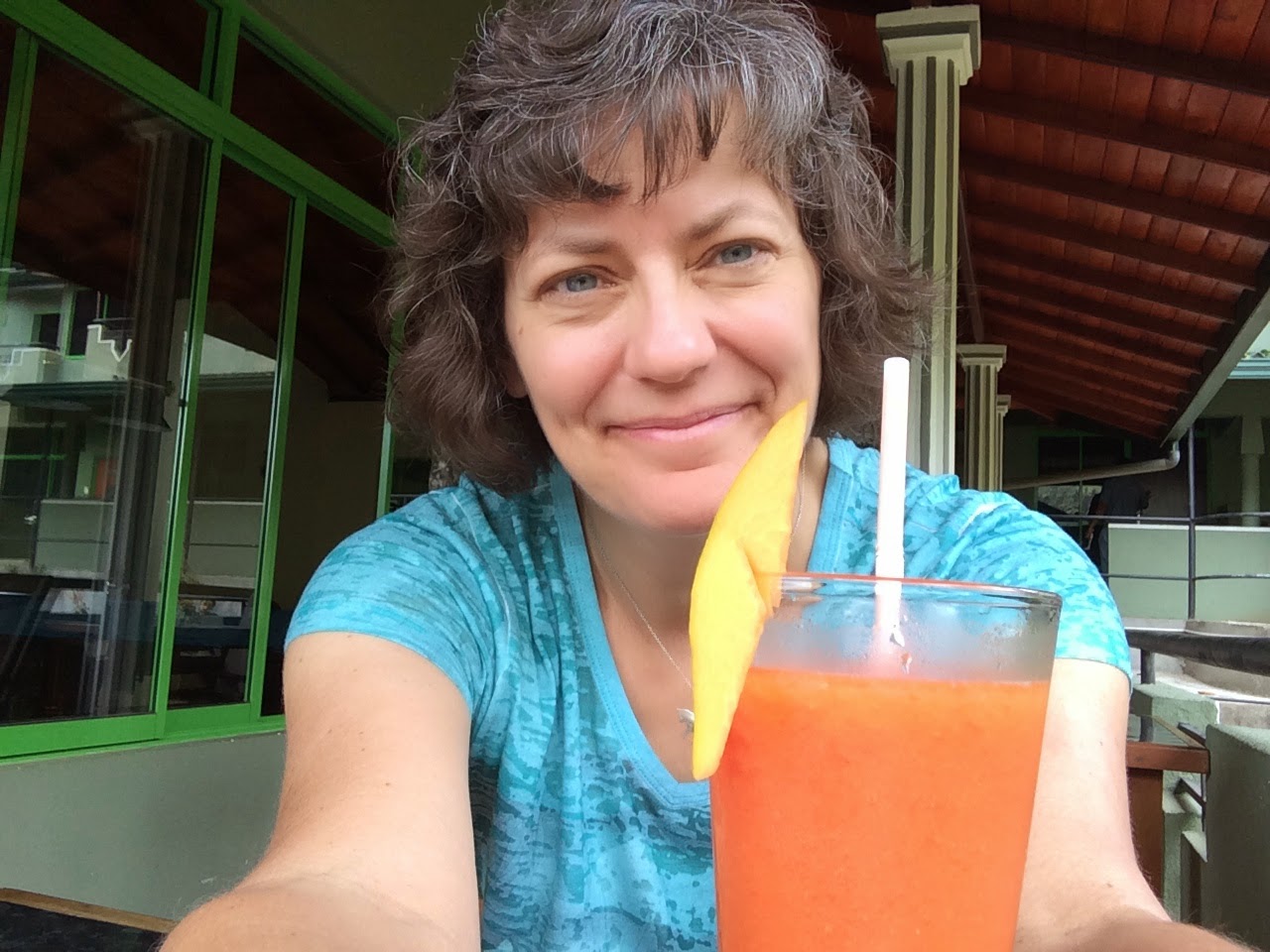 While I cannot resist papaya juice. And after eating much curry and other Sri Lankan delicacies, I broke down and had... 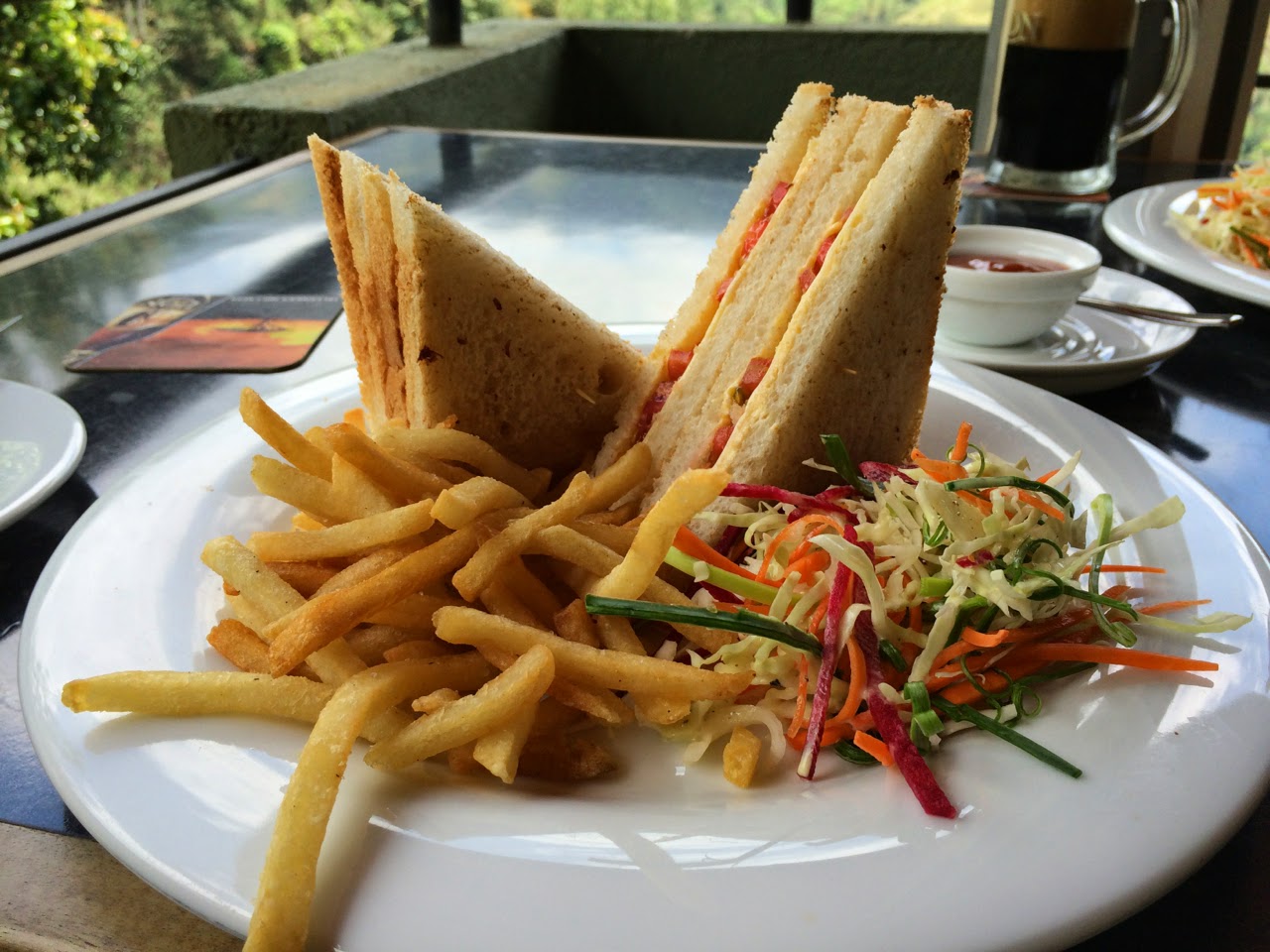