Today we visited the ancient cities of Polonnaruwa and Anuradhapura, which are part of the Cultural Triangle of Sri Lanka. Here are some photos from Polonnaruwa, which we visited around 4 pm when the light was spectacular (and the temps a tiny bit better. It was 38C here today!)

This is what's left of the Royal Palace... 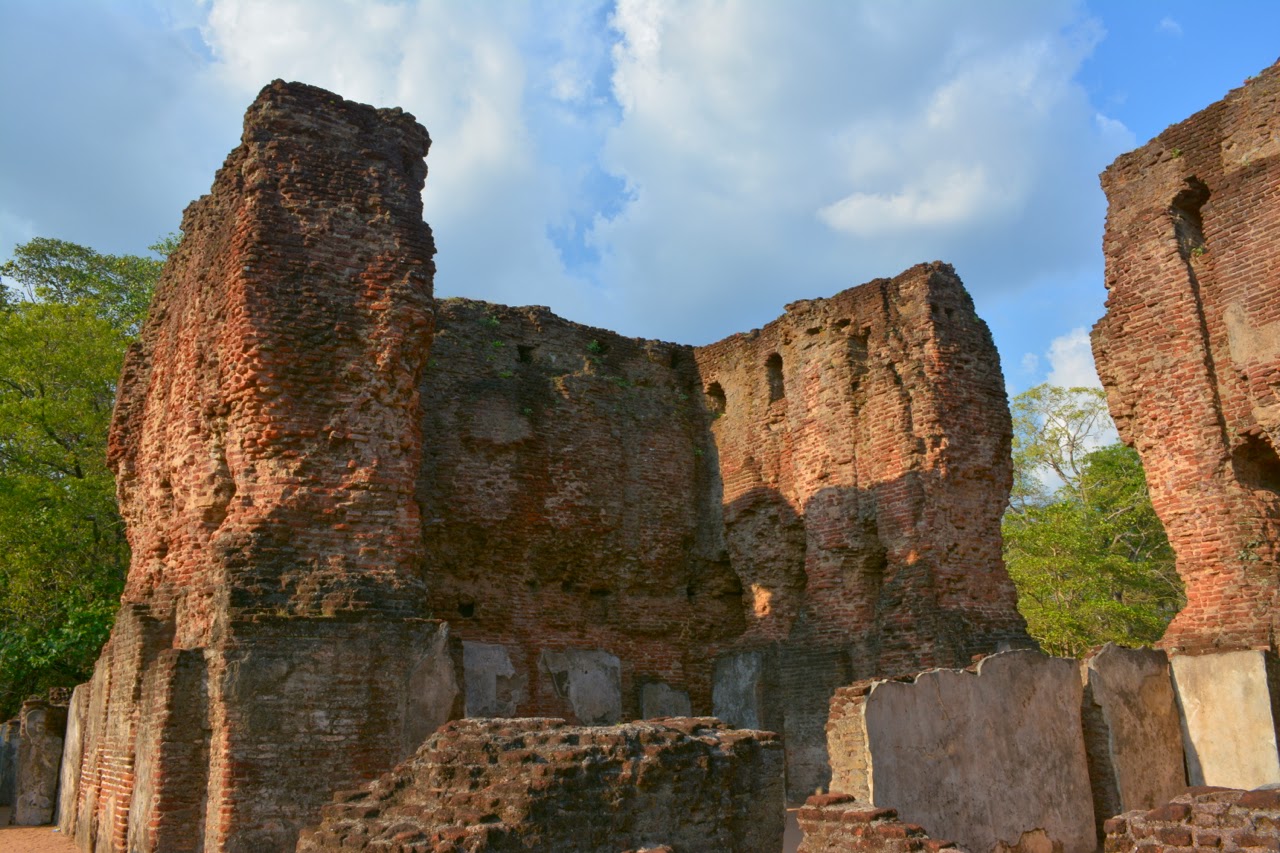 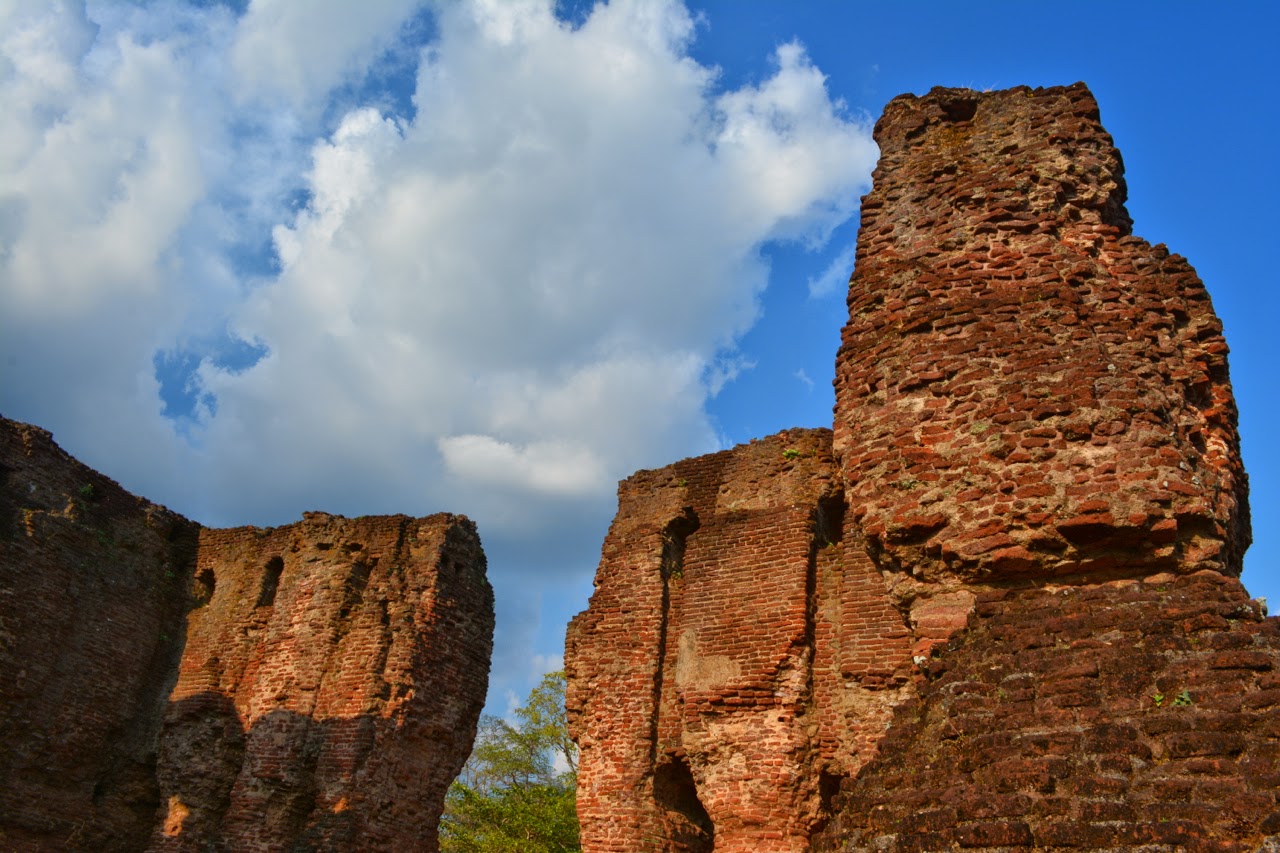 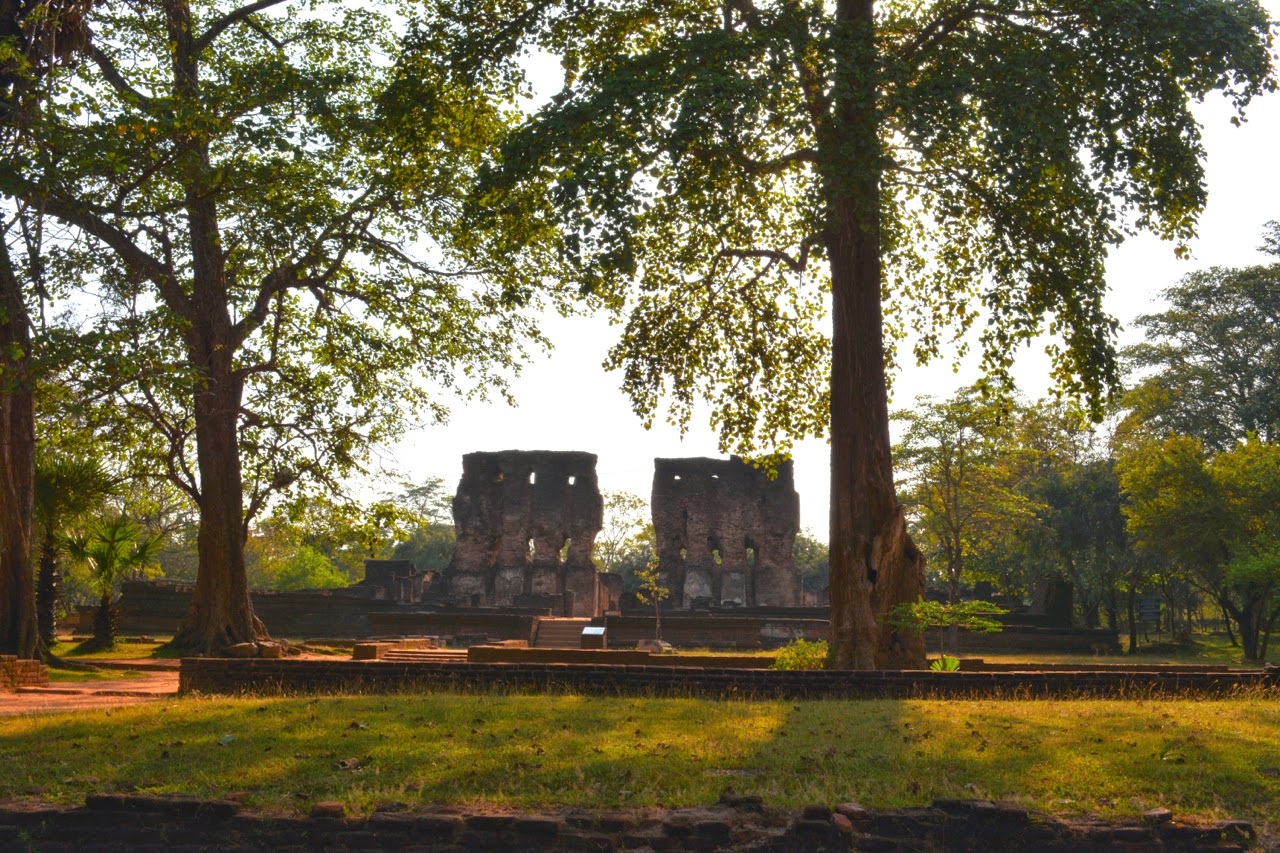 The Council Chamber, which was also the courthouse... 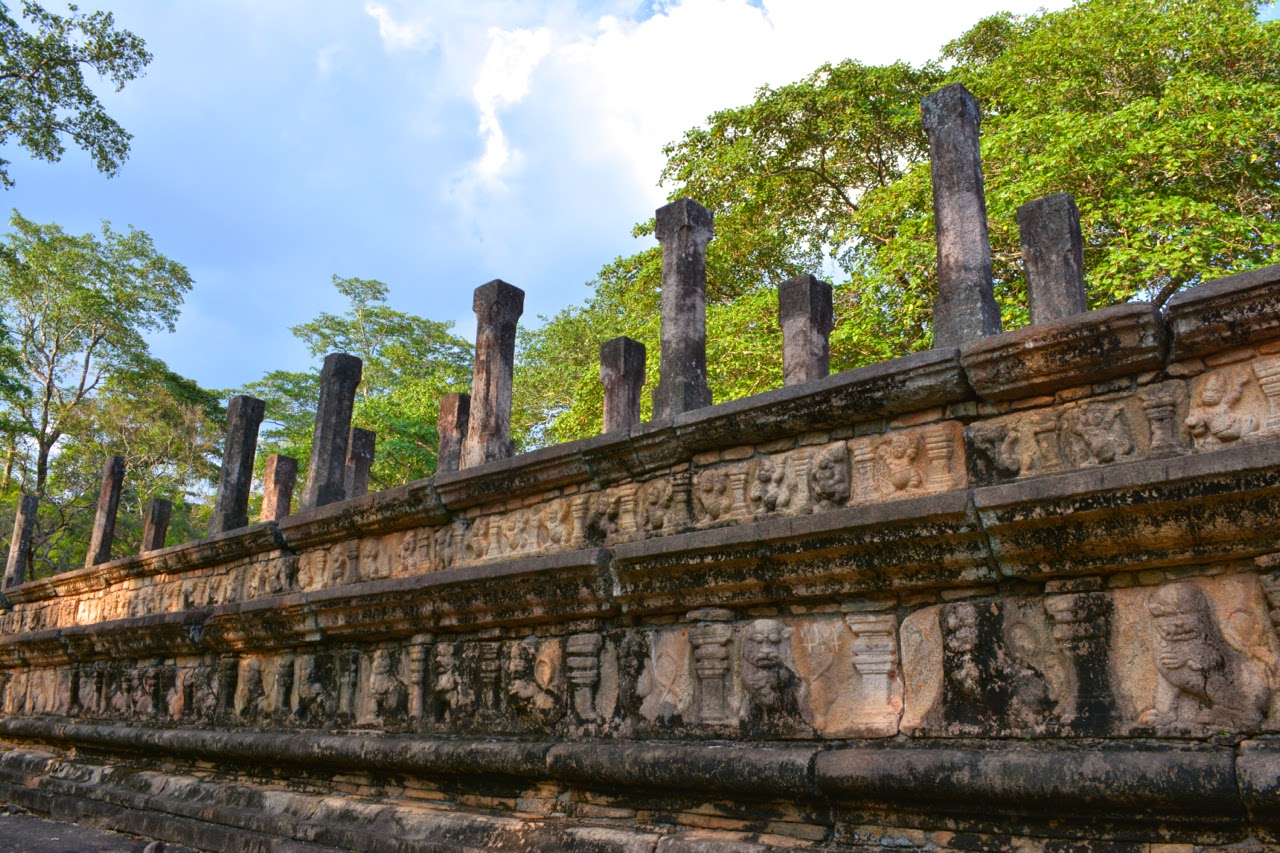 We drank four large bottles of water today and sweat like pigs. Once again, be glad there isn't smell-o-vision on this blog! 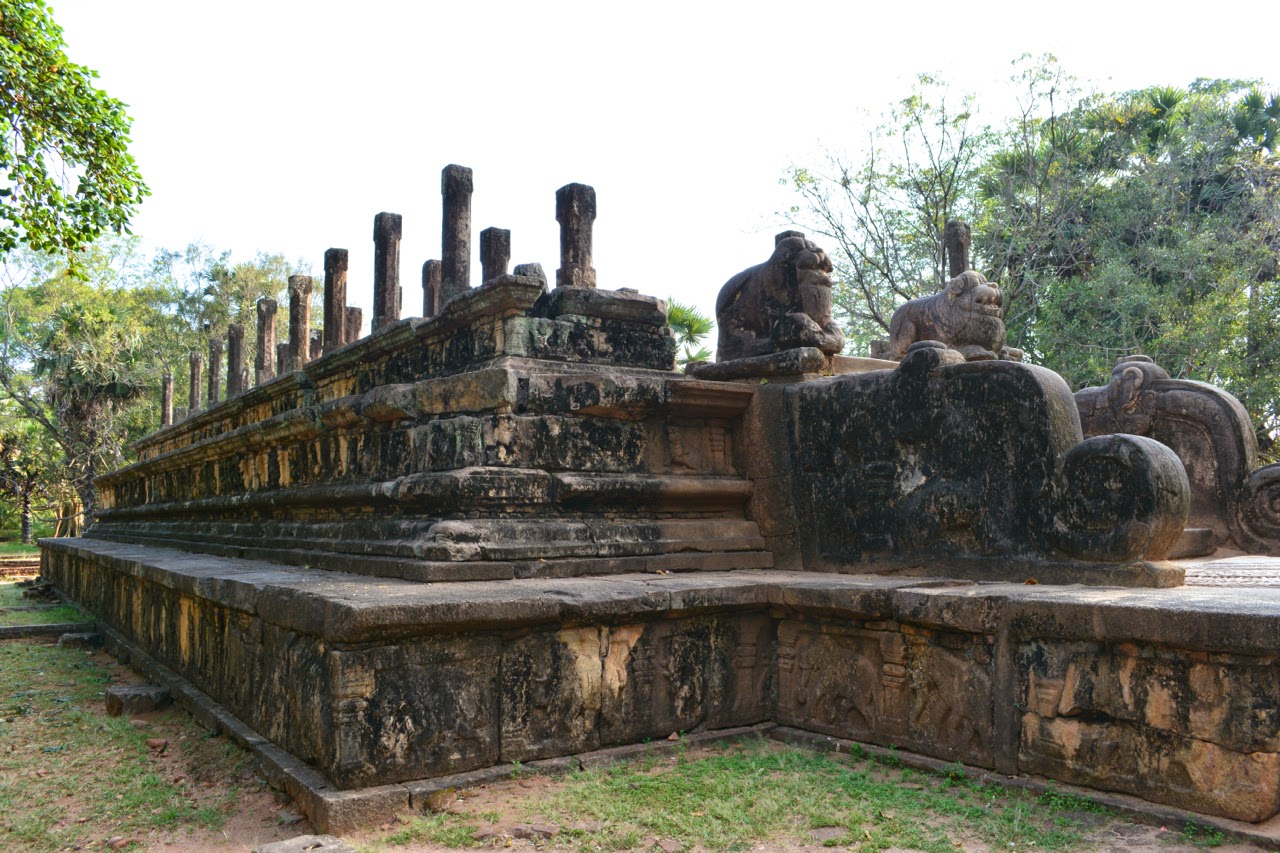 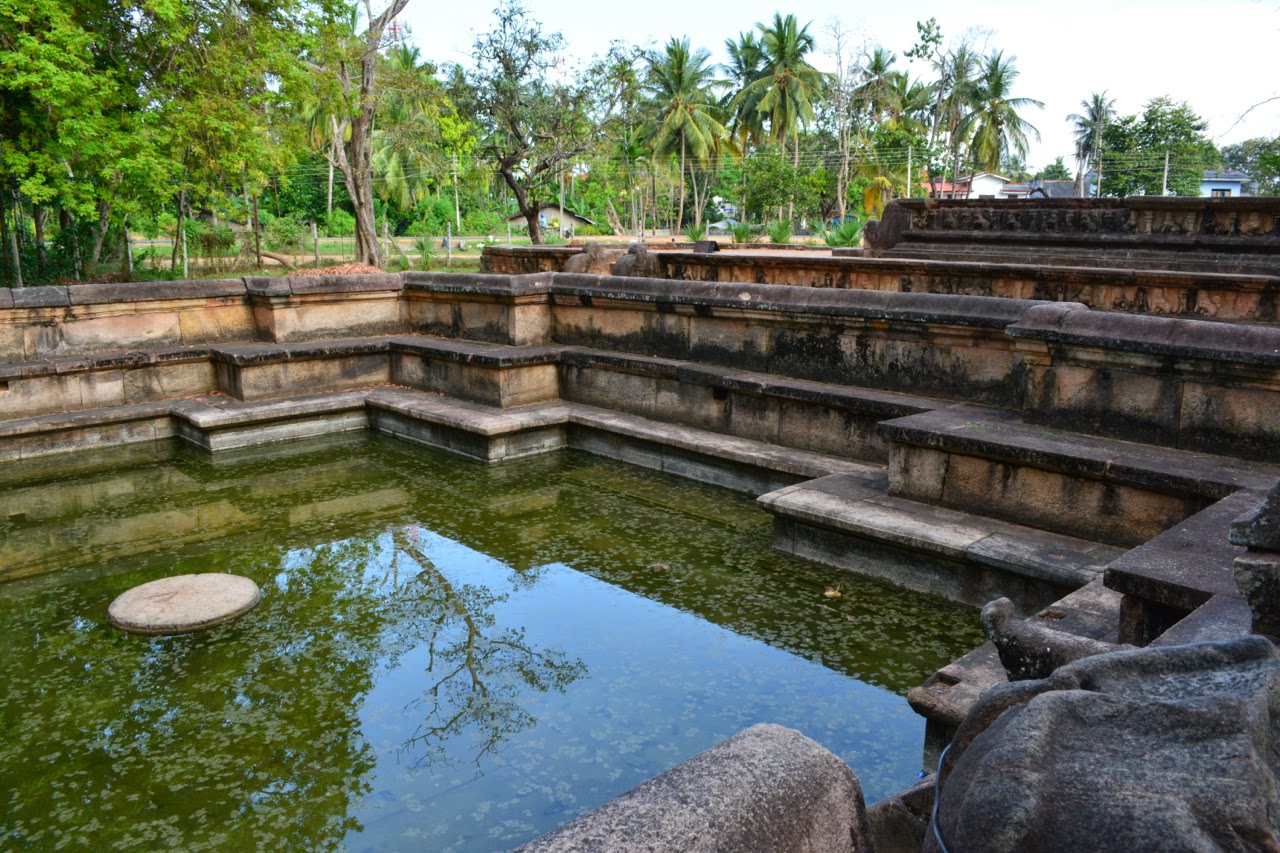 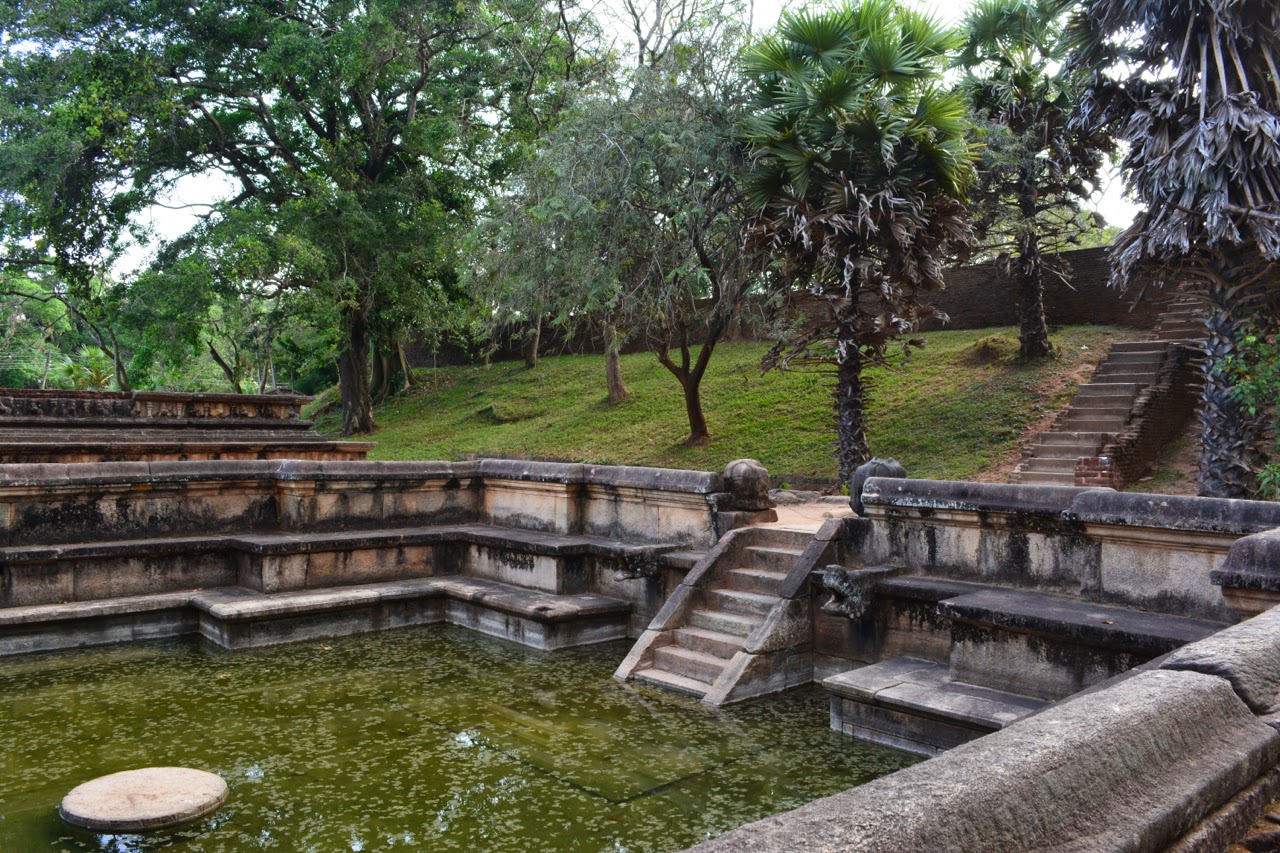 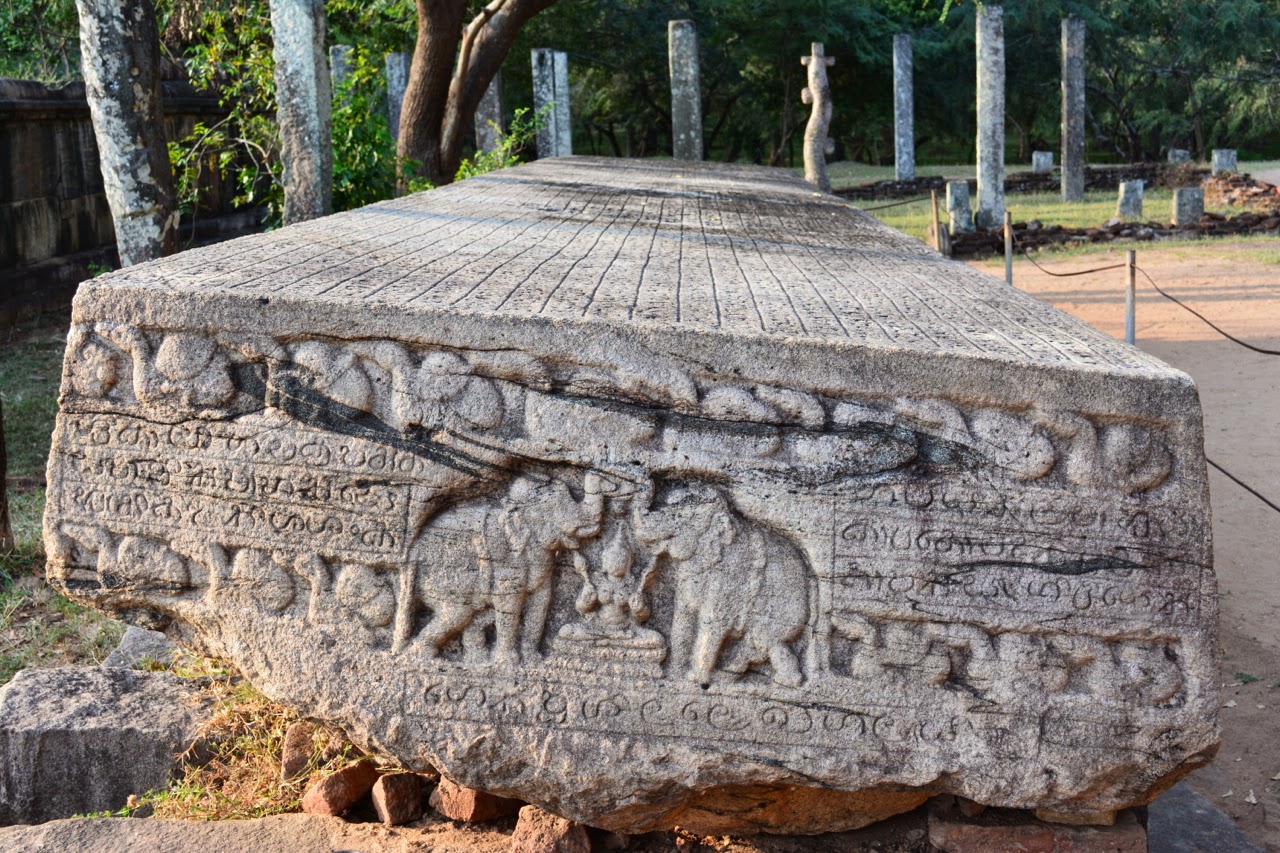 A 25-ton granite tablet inscribed with the history of the reign of one of the kings of Polonnaruwa. 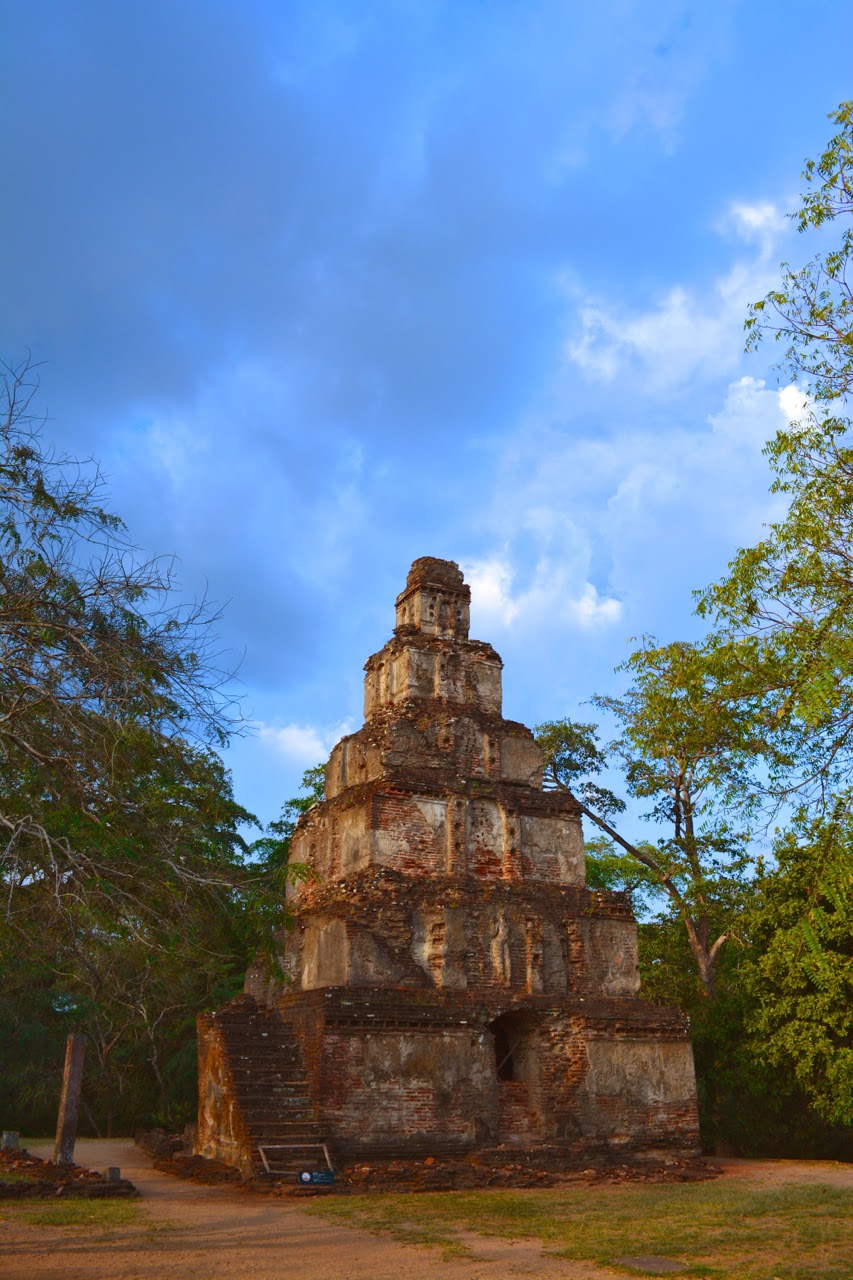 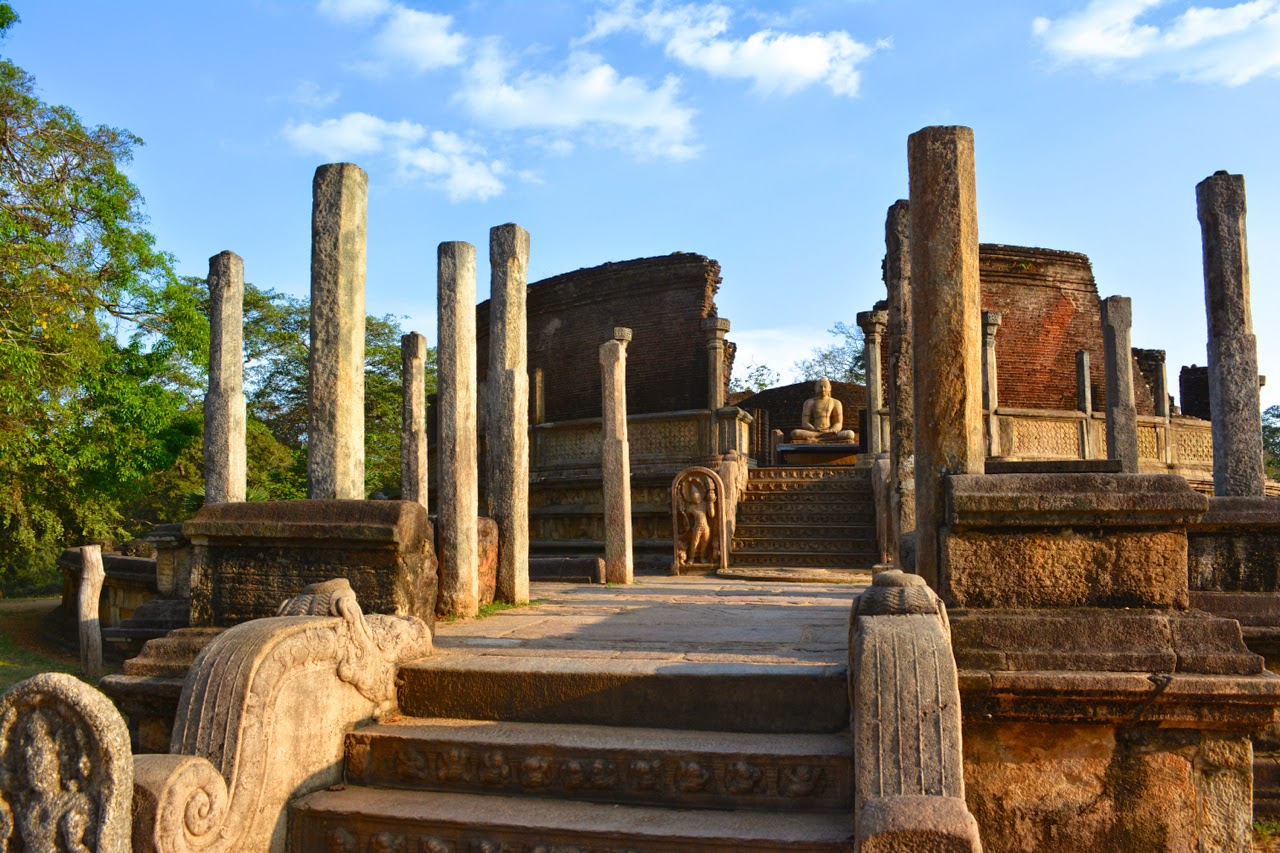 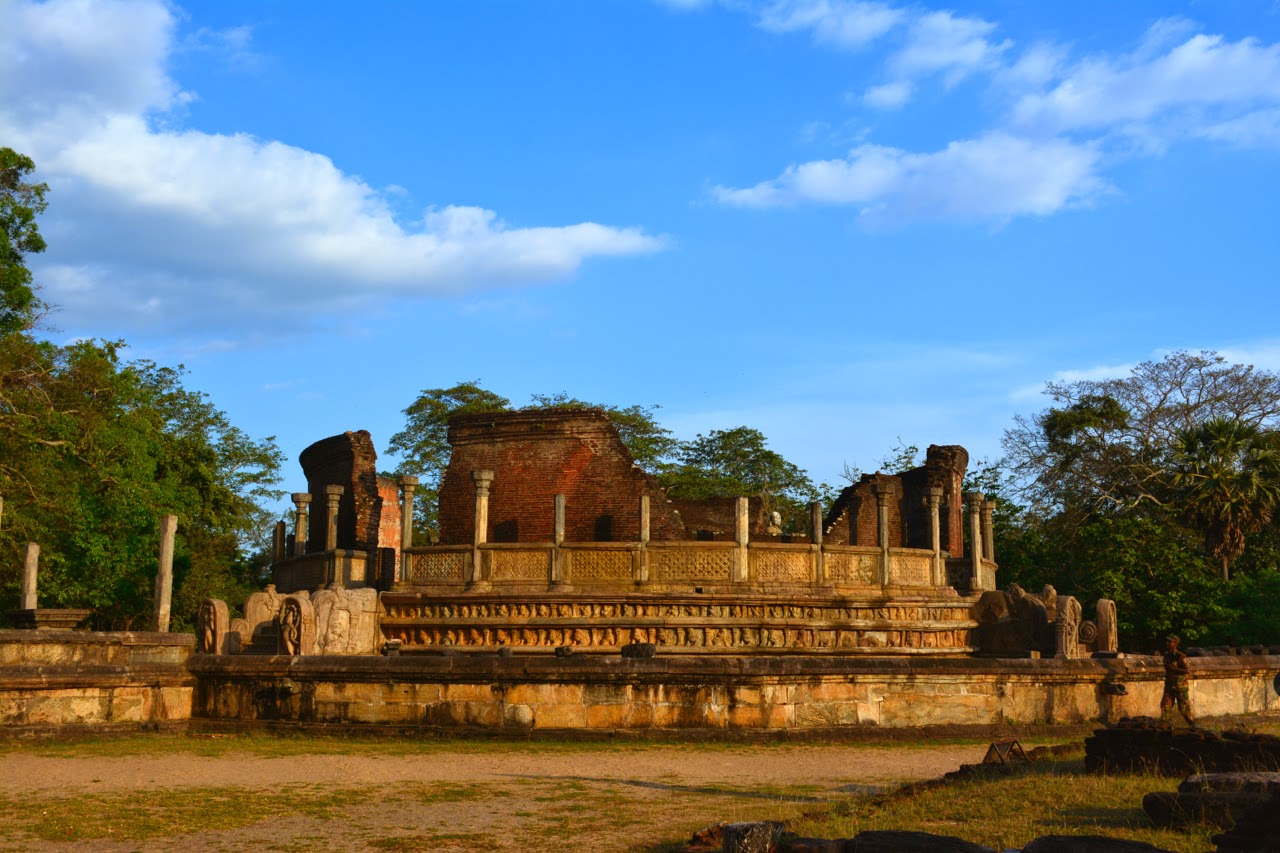 This used to be a big bell-shaped stupa. 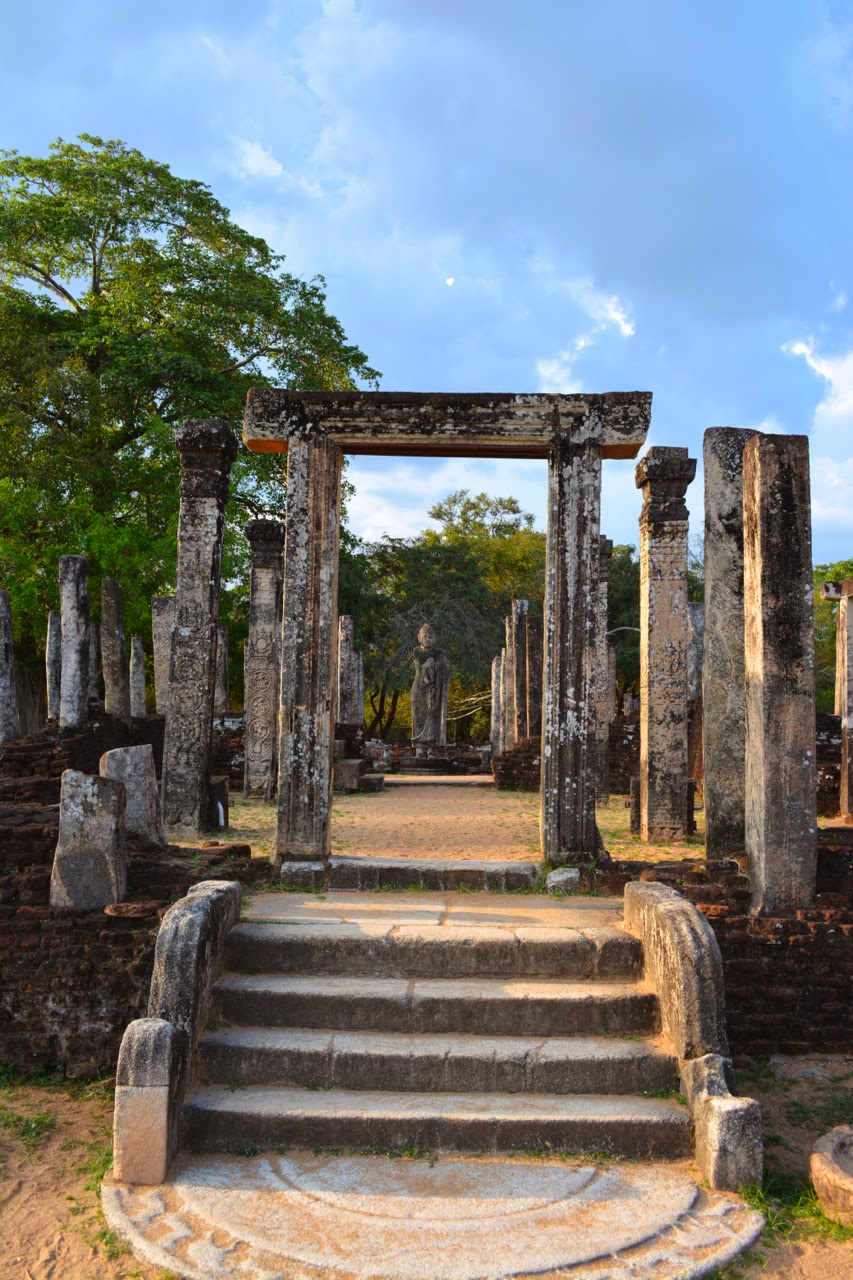 Argh, can't remember what this structure was for. But there is a Buddha in the back that is fairly well preserved. 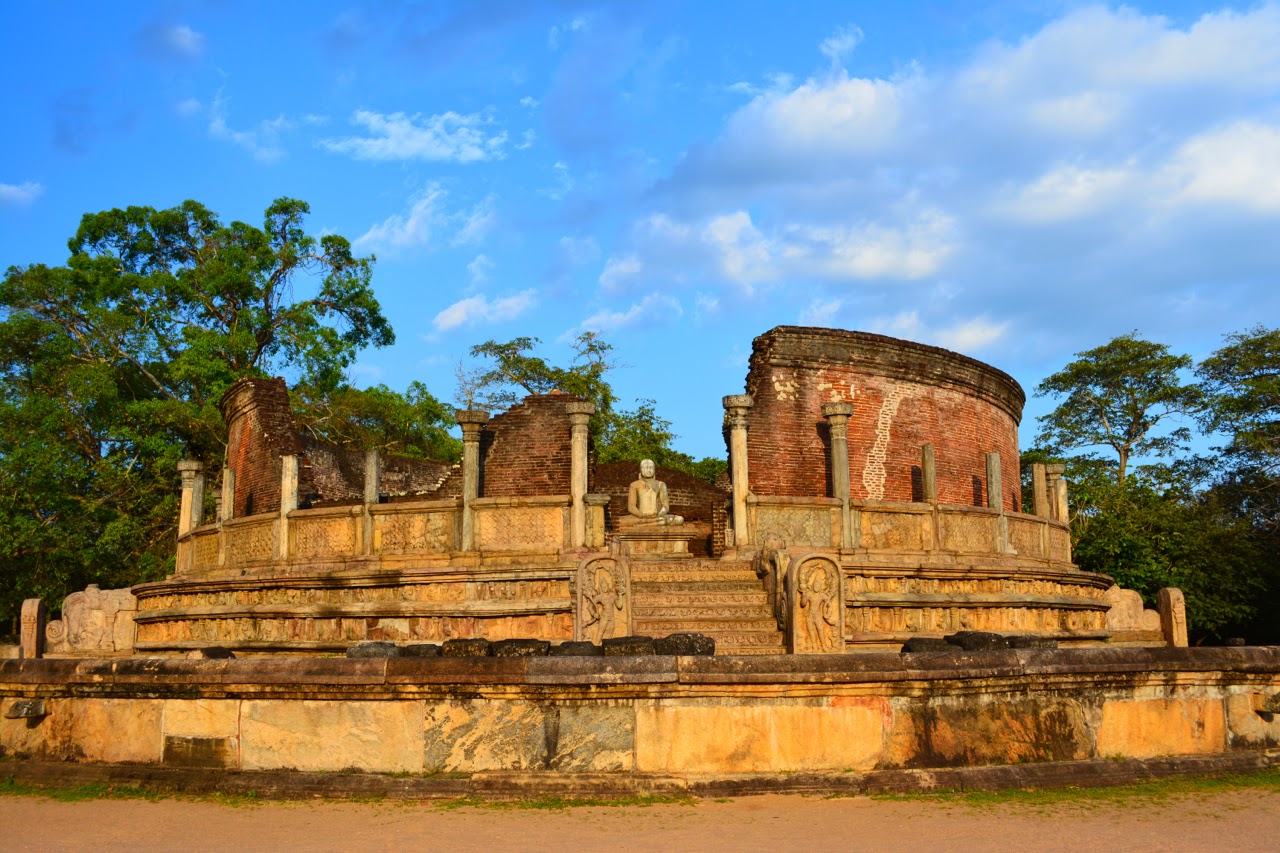 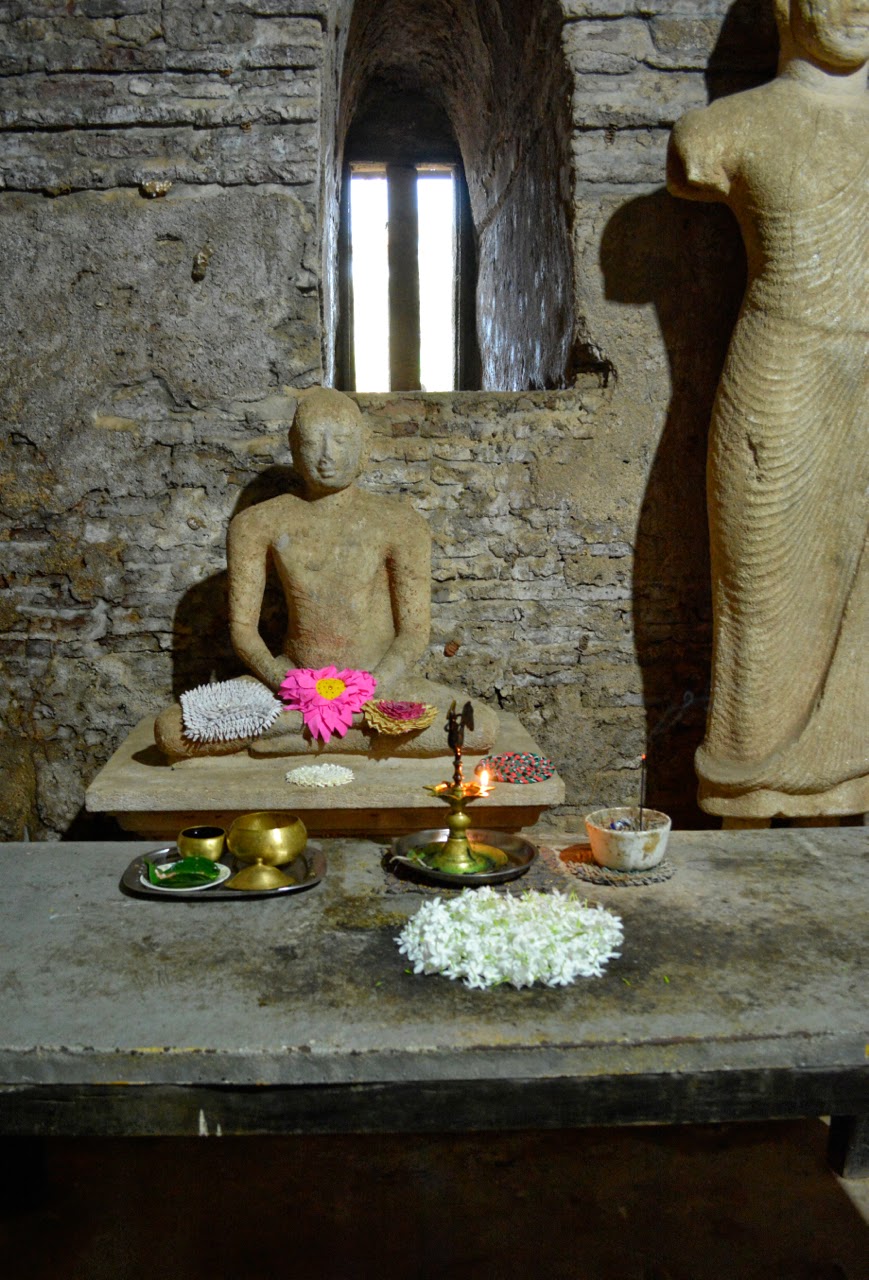 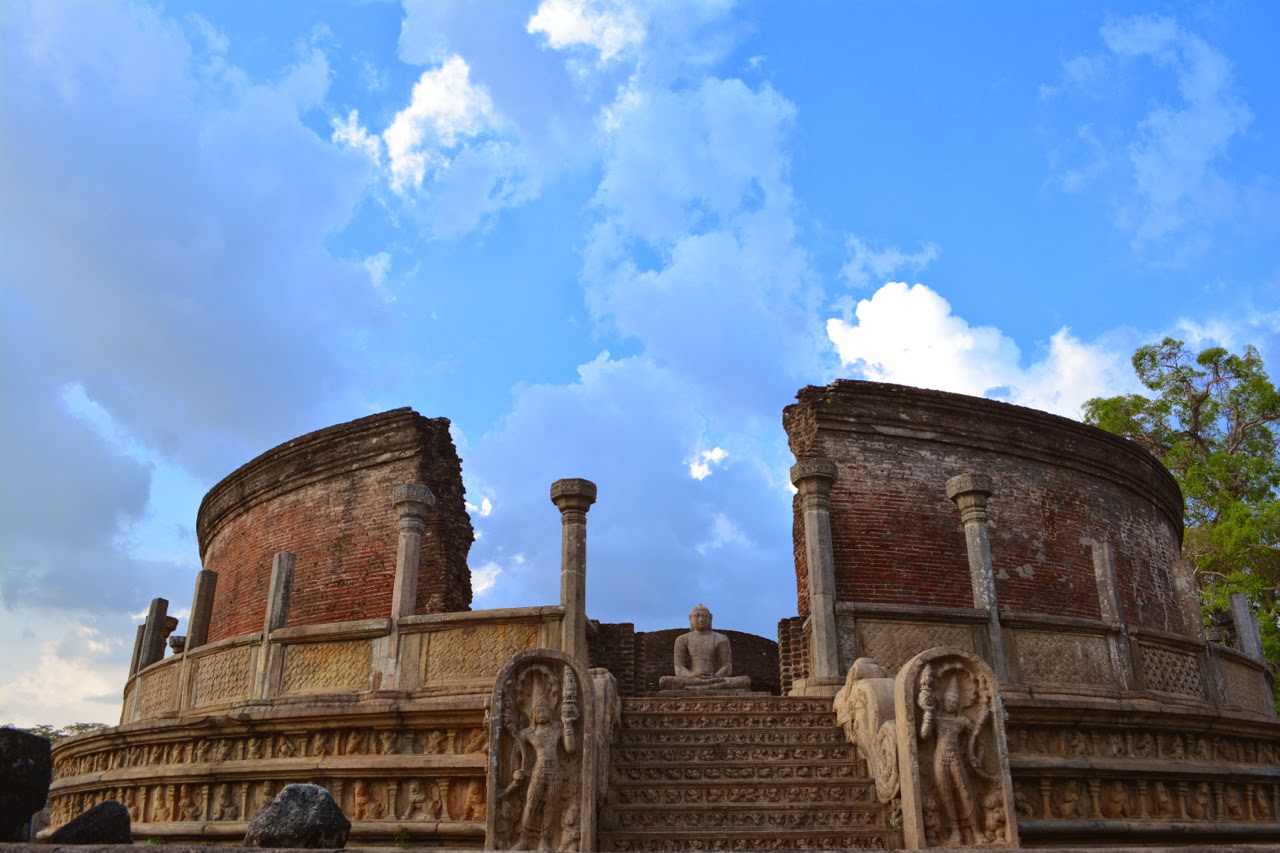 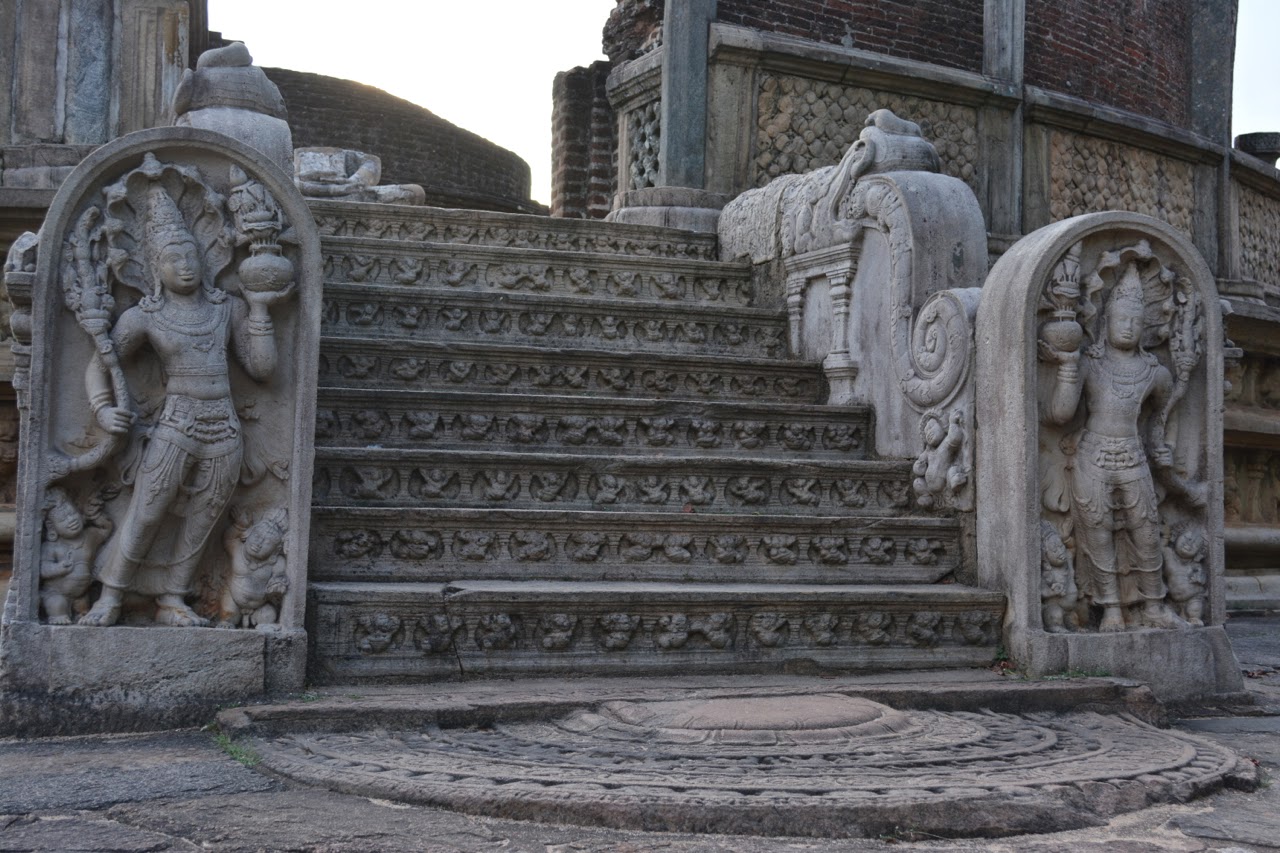 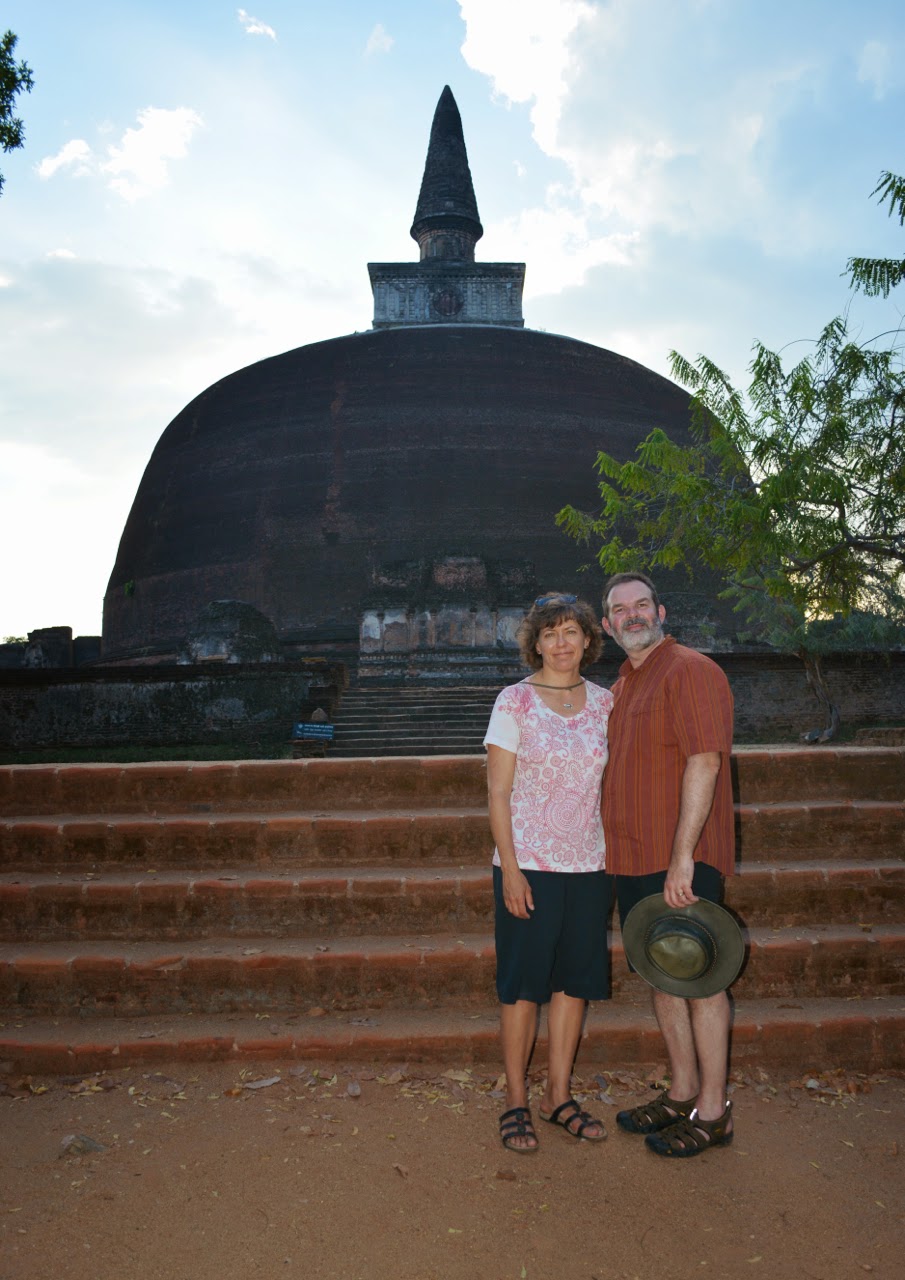 It's okay to have your photo taken in front of a stupa like this. It is NOT okay to pose like this with any Buddha statue!! Don't turn your back to Buddha and smile for the camrea. We knew this, but some other tourists (who also apparently could not read the many signs saying not to have your photo taken with your back to Buddha!) did not, and were all posing like idiots in front of a Buddha statue. The staff made them cut it out pretty darn quick.

It doesn't take much to learn how to be respectful in a Buddhist temple! It amazes me when people visit a country but don't bother to learn some of the simplest ways to show respect when they are there. Speaking of respect, my legs were borderline today. All my pants were in the laundry this morning, and you should not be showing your knees at a Buddhist temple. I managed to cover my knees, as did Gordon his knees. You can borrow a sarong if you are indecent. Also, you need to remove your hat and shoes when you enter a temple. And don't, for God's sake, point at Buddha, especially not with your feet. Do not grab your boyfriend's butt while at the temple. And here are some more tips!

Now back to Polonnaruwa... 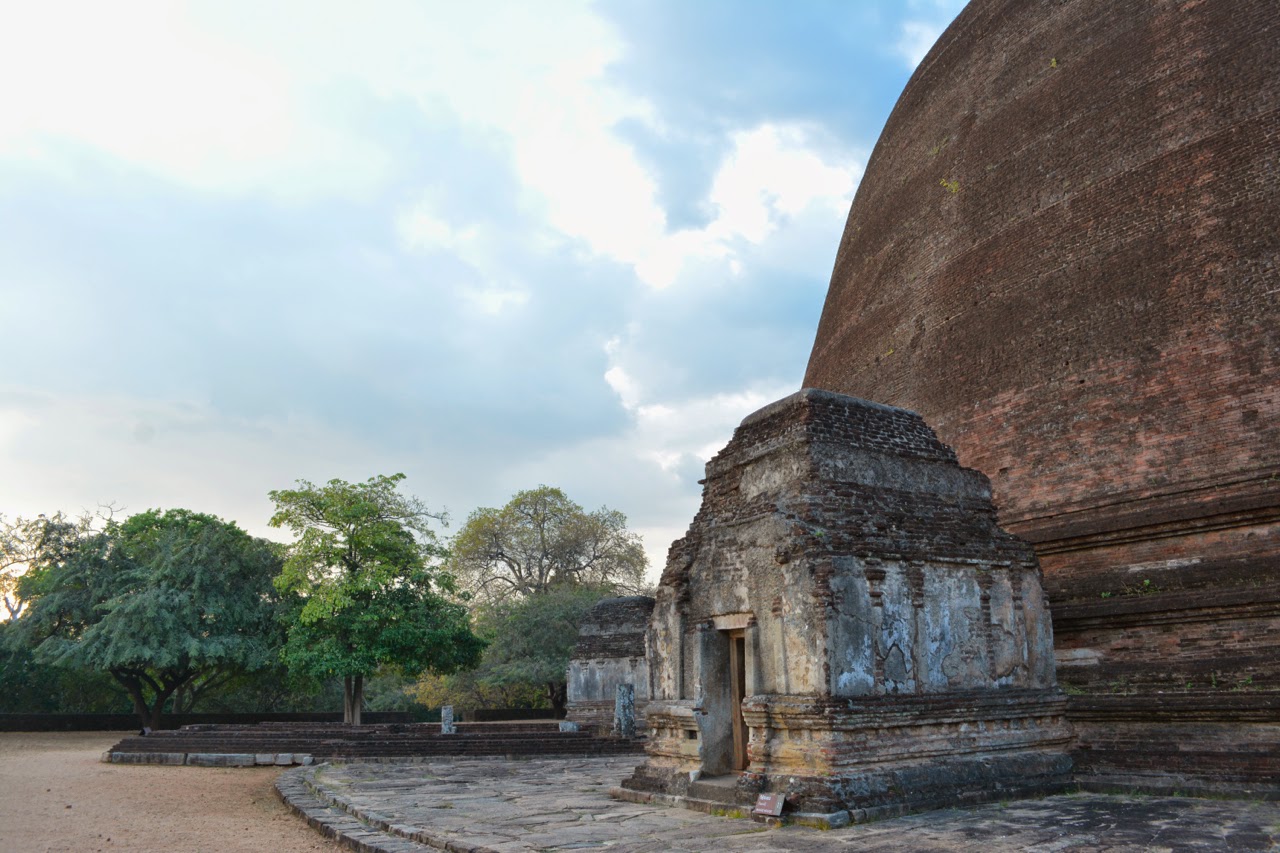 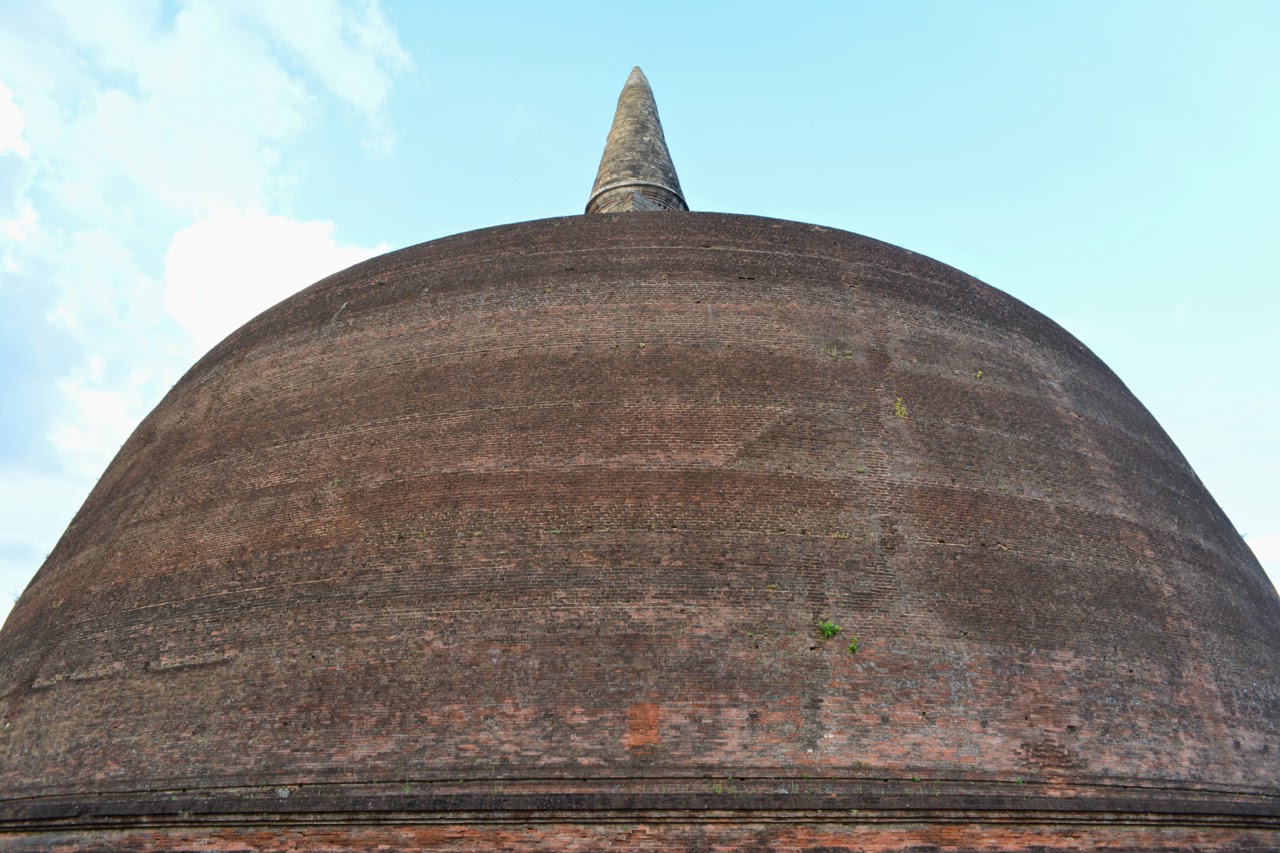 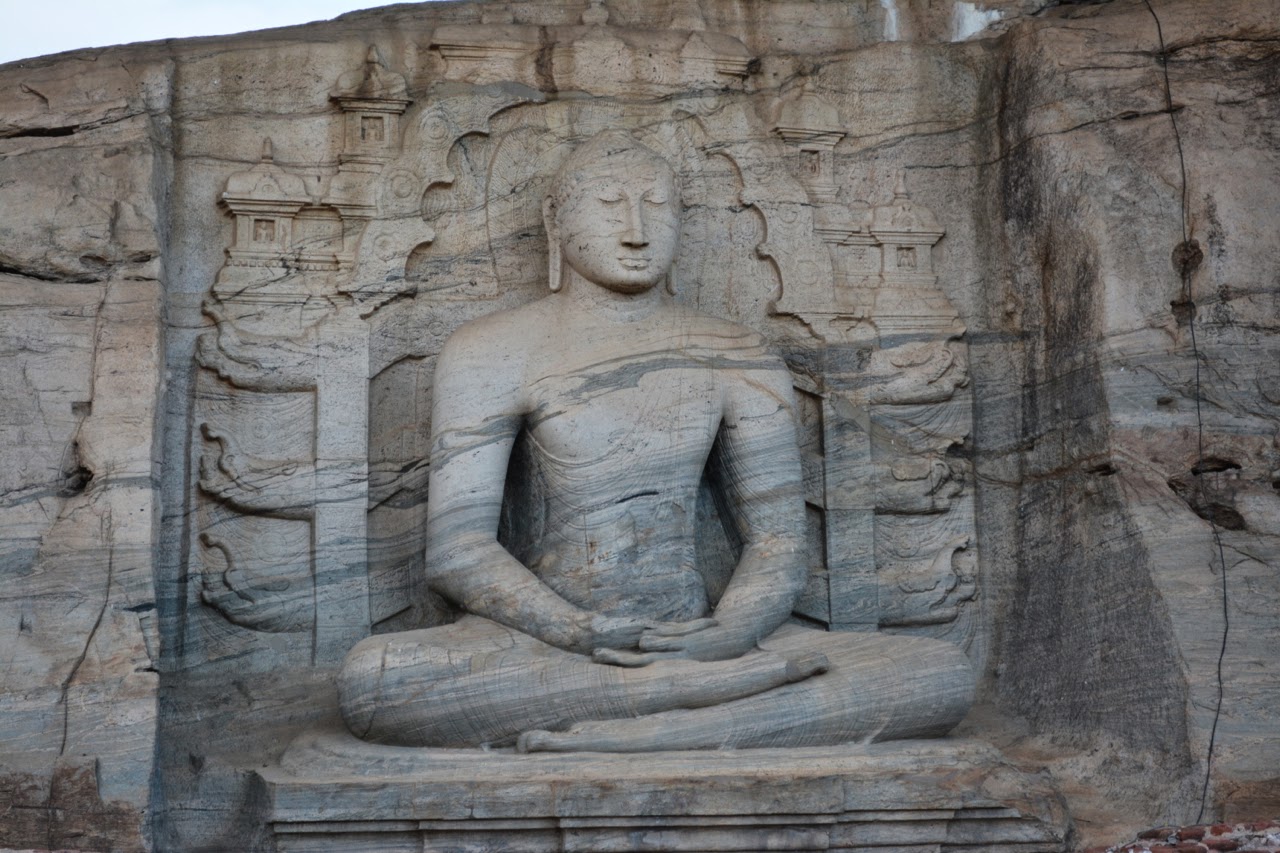 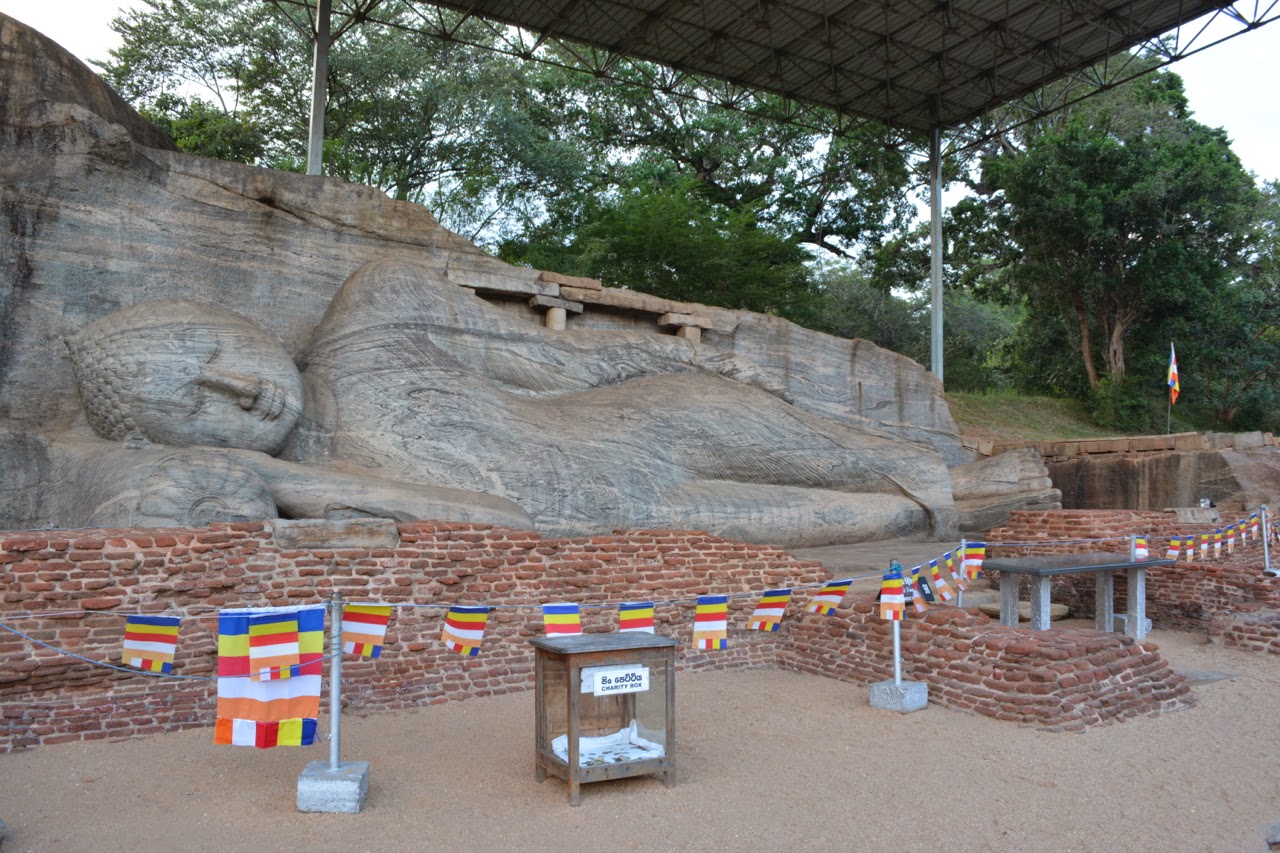 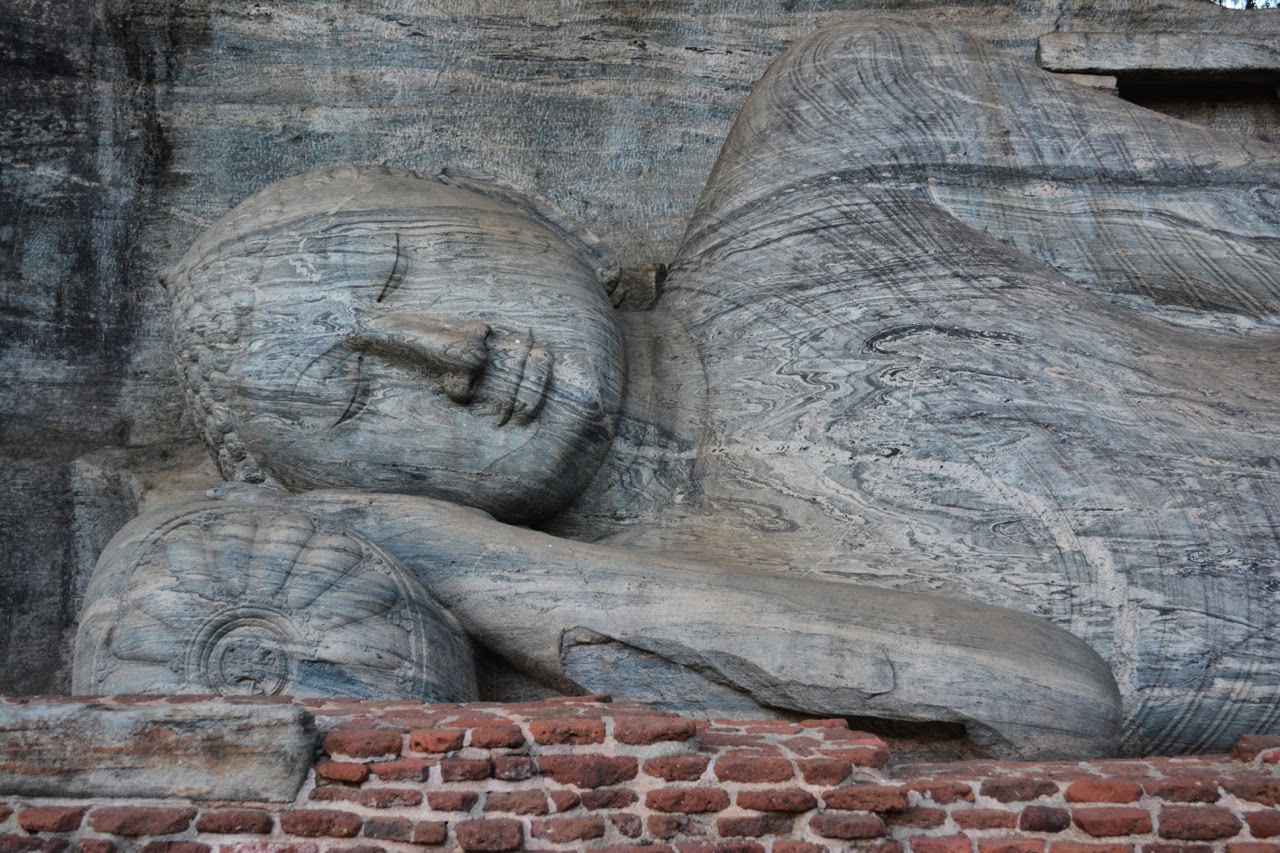 What an amazing place.

And now, some animals!

Two monkeys. The one on the right is preggars. 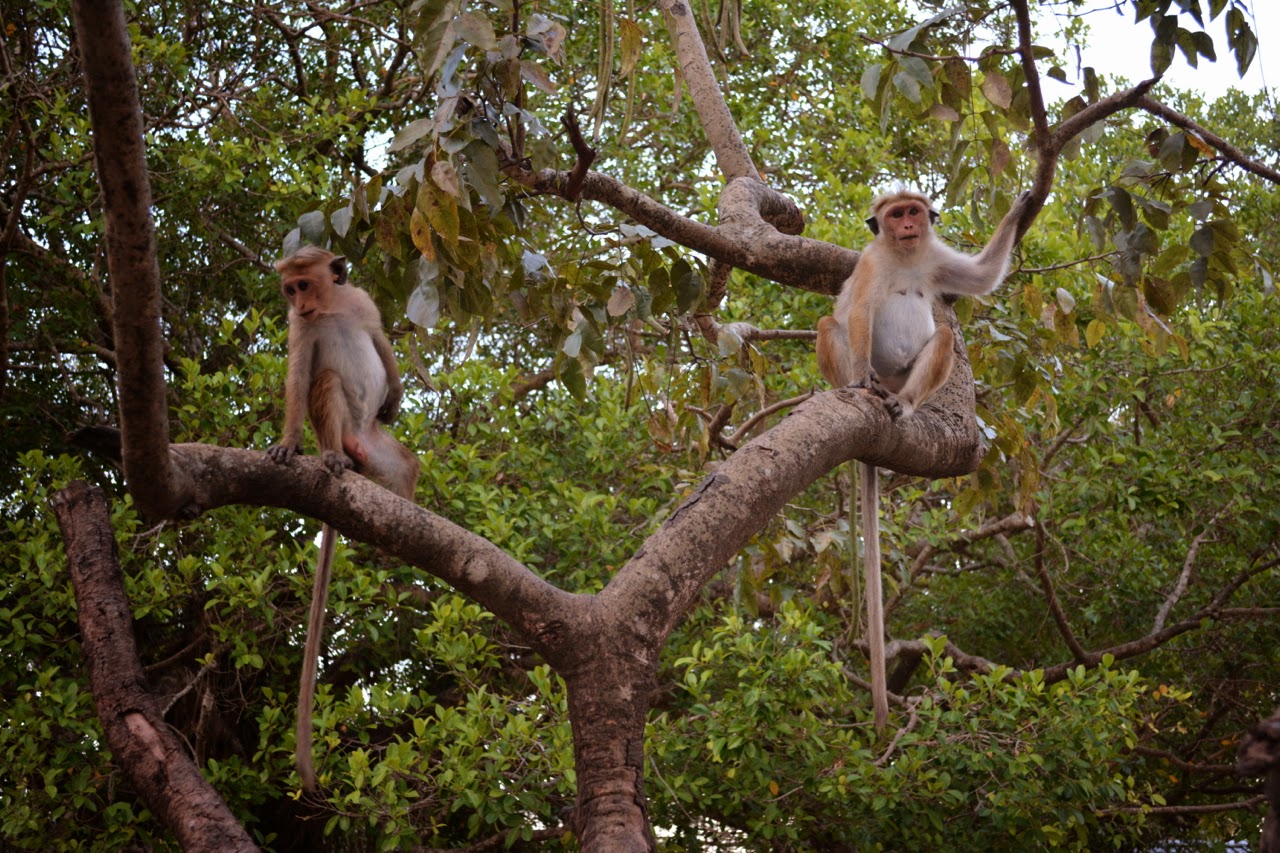 Temple cat, zonked out in the heat: 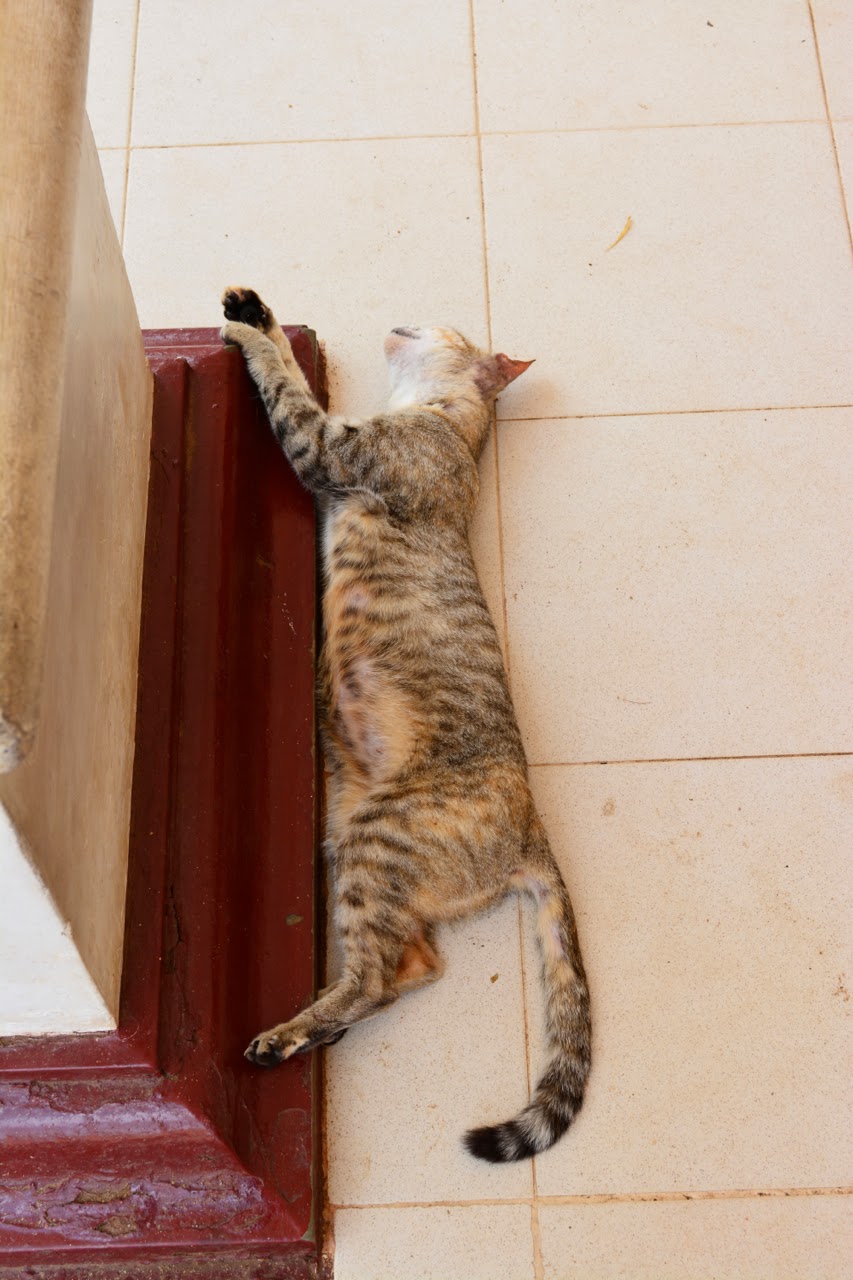 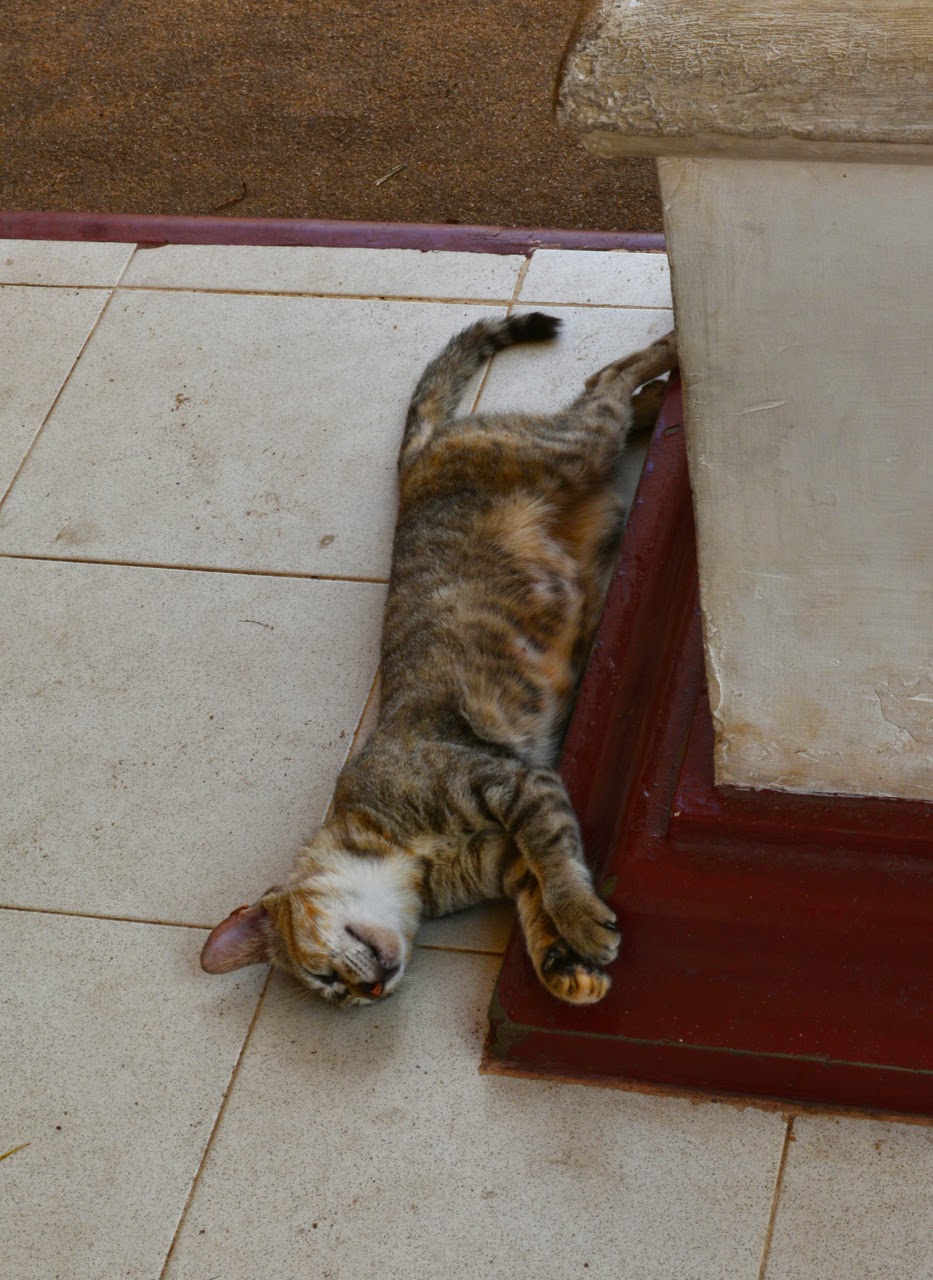 And this guy was cuddling a sleepy little squirrel. I asked if I could take a pic. He was amused at my request but obliged! 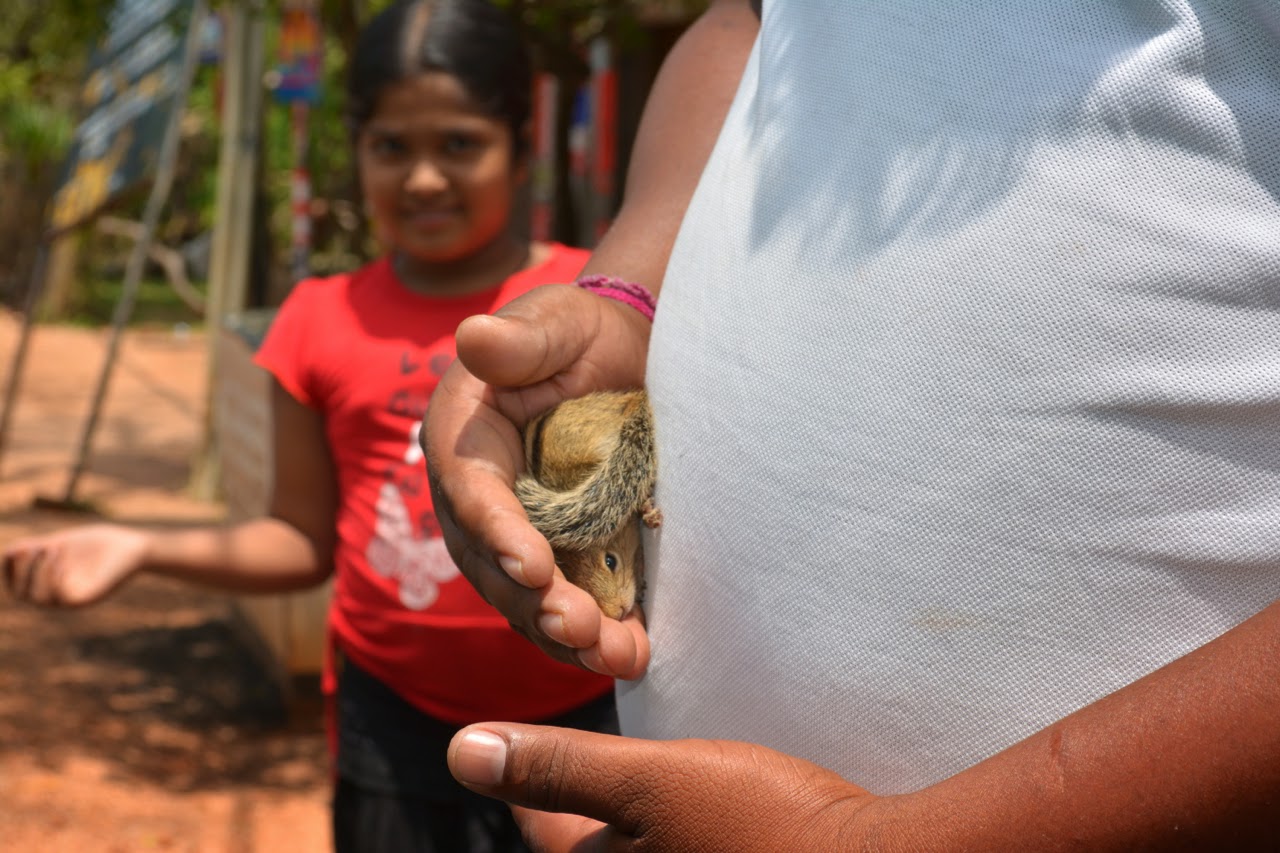