For a while now we've been shopping around for new dog beds. We were utterly sick to death of beds that flattened and stank and wore out after a short period of time and a few washings, no matter how much we spent on them. Sophie and Tristan spend most of their time in my office and I don't appreciate the dog-bed pong that greets me when I enter the room every morning!
So we took the plunge and bought a couple of beds from Gertie Gear (and no, this isn't a paid endorsement or anything like that! I got no freebies. We're just very happy with our purchase at the moment.) They are essentially pool toys (inflatable rings), each with two very well-made and durable covers: a tough inner one with an industrial zipper, and an elasticized outer one. Both covers are washable. We got denim covers as we thought they looked the toughest, but for now we've thrown old blankets on them because we wanted to get the dogs used to their new beds. Plus the dogs are blowing coat like crazy and the hair situation in this house is not good. Thank God for central vacuums!

And what do the dogs think of the new beds? See for yourself: 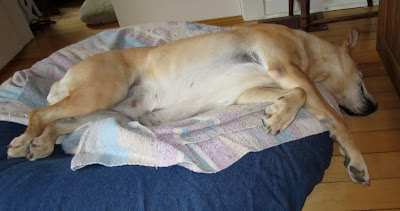 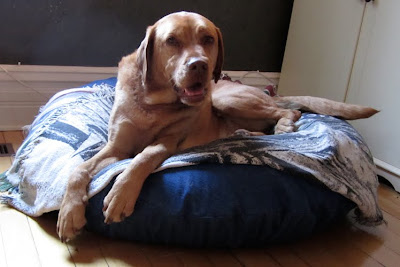 
I can barely pry the dogs off these beds, but when I do, interlopers move in... 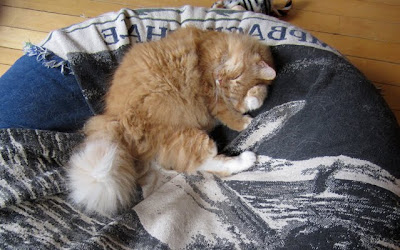 Julius was rolling all over this bed today, like he was rubbing himself in catnip. 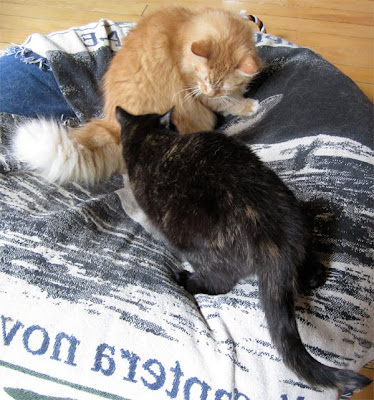 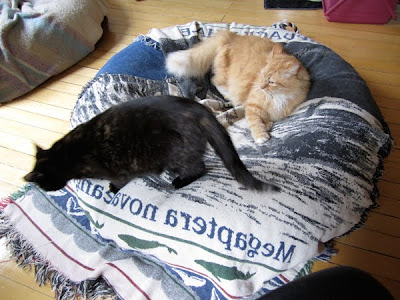 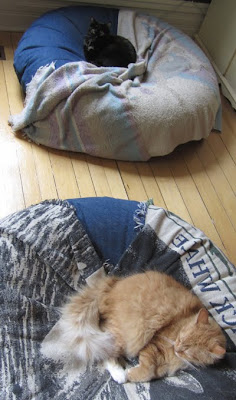 
As you can see, we are going to have to buy some Gertie Gear cat beds to keep everybody happy! 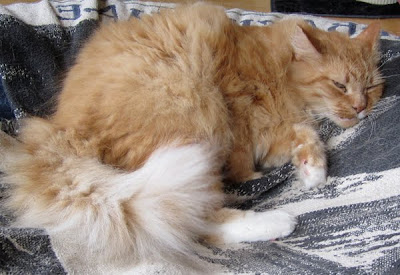 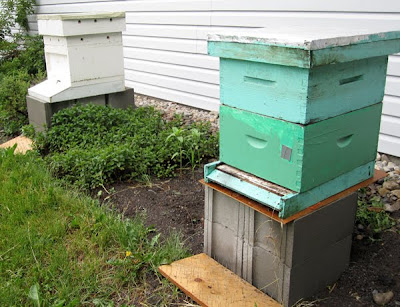 I got the upper deep (large box, for brood and honey) on my green hive, so my poor crowded bees can expand upwards instead of swarming and leaving town. The white hive is the one we bought new, the green one we bought second-hand and it really does look like hell. I should have at least slapped on some fresh paint this year. I will probably trash it next year and get new boxes, or at least paint the old ones. The frames are fine but the boxes are in sad shape. The bees, however, aren't terribly concerned!

They were very good girls and did not act at all aggressive when I took the lid off to add the deep (that said, I had smoked them a bit and was wearing my full bee suit get-up.) I am looking forward to the day when I don't get totally shot up with adrenaline just before I open the hive. It's good to be alert but I don't need to have a heart attack. I think it'll probably be better once I've been stung. I've been stung by bees in the past, just not my own.

The worst stinging incident my mentor ever had was when he was nailed fifteen times in the ARMPIT. I don't think he was wearing his bee suit at the time, and he was reaching up to take a honey super (shallow box) off a tall hive-stack. Ow ow ow ow ow!!!

And on a less venomous note, an adorable baby crow was hanging out in our yard on Thursday. Mama Crow was up in the tree screaming at baby to get the hell away from the human with the camera, but baby wasn't listening! I love crows. They are super-smart and very under-appreciated. 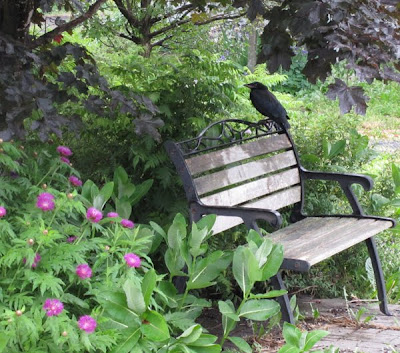 When I'm done painting that beehive, this poor bench could use a few coats of paint. I need some cheap and willing labour to do about a billion things for me around here the farm right now.

I have to go. Somebody's in the kitchen making me cocoa!