Okay, first we have Soup Boy. Gordon, who likes cooking and has been expanding his repertoire under my tutelage, made his first "soup from scratch" this weekend, a butternut squash soup recipe from Jamie Oliver's Jamie at Home: 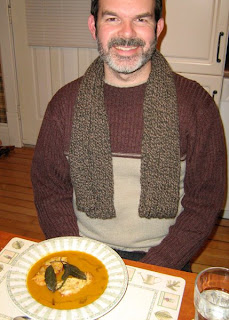 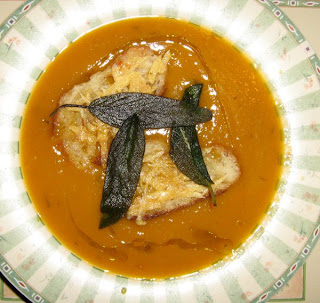 I think Gordon should give up his job as a treaty negotiator and become a food stylist instead! The soup recipe involved sauteed fresh sage leaves, and parmesan cheese "croutons", and a drizzle of olive oil. My meals are starting to look like pig slops in comparison to Gordon's efforts.

Enough about food. Back to... 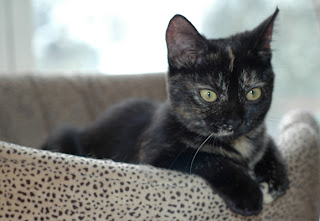 Is she not precious? It's just as well I never had kids, because I'd be one of those Mums with 28 photos of her child in her wallet, and I'd be showing the photos to everyone I met. 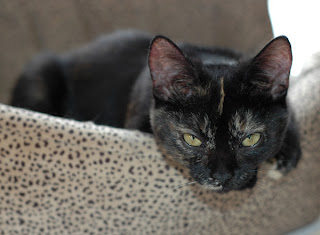 I am smitten with this kitten. 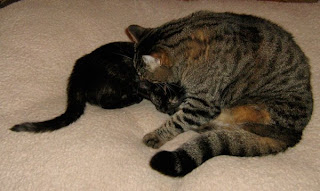 Bath time! She loves all the attention from Alex (who has lost another pound, yay! That "Chase the Kitten Everywhere" diet is working wonders for him.) 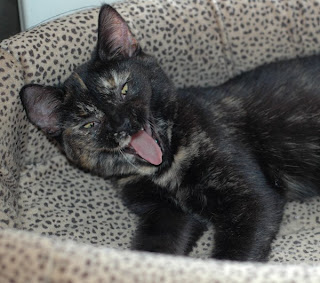 Good to know I'm not the only wild and crazy girl in the house...
Posted by Knatolee at 9:27 pm