Cats and booze, booze and cats...

Naomi and Alex catch some rays on the couch. 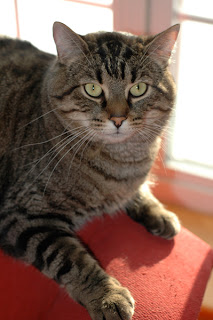 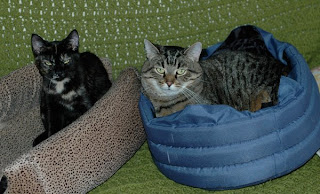 The funny bit is, these beds (with the cats in them) were both on my desk, but I had to go out and shut the dogs in my office, so I moved the beds (with cats still inside) to the other room. They were quite happy!

And now, for my Sri Lanka friend(s): 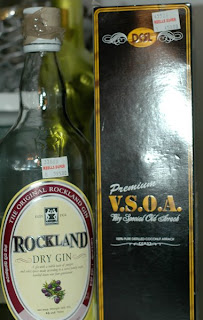 When we went to Sri Lanka in January 2006, we both sampled the national liquor, arrack. I thought it was revolting, but then, I think all liquor is revolting and only drink the occasional Guinness or Kilkenny Cream ale (although I do succumb to an occasion Bailey's mixed with ice and milk.) But Gordon liked it, so at the end of our trip he bought a bottle of it and some gin to bring home, since booze is much cheaper in SL than here.

There is packing tape on top of the gin bottle because both of these bottles have had loooong journeys. We brought them from Sri Lanka to British Columbia, then drove them across the country to Quebec, then over to Ontario to where we live now. They've been around, and because neither of us drink much, they still have quite a lot of booze left in them. Which begs the question: how long does arrack last before it goes off? And if it does go off, can I use it to remove paint? Nail polish?? 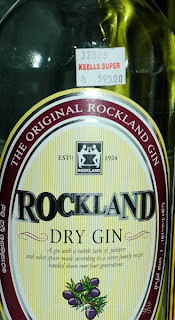 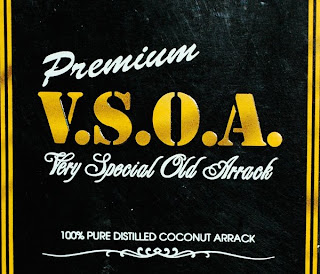 If you read the price sticker, you'll see we bought these at the Keells Super grocery store. Probably we could have gotten them even cheaper somewhere else, but we were in Colombo at the end of our trip and disinclined to devote much energy to booze-shopping! I did devote some energy to getting a manicure and a pedicure, and eating a whole lot of delicious Sri Lankan food.

I have to say, I would much rather be in Sri Lanka today than here. There is a snowstorm on the way today, and another huge one slated for Sunday. Then more snow Tuesday! We are supposed to have some 40 - 50 cm of snow on the ground for Christmas. We'll see how it all pans out. The storm is currently causing chaos in Toronto, as flights are being cancelled on the busiest travel day of the year (everyone going home for Christmas.)

I raise a glass of arrack to you. Cheers! I'm off to yoga, to drink in the drug of relaxation.
Posted by Knatolee at 9:43 am