Poor Alex... I found an odd lump on his neck this week, and he's lost a bit of weight, so Gordon took him to the vet last night. Today they took the lump out and sent it off to pathology. The vet said the lump was basically half his thyroid, enlarged.  So, it may be cancer, and he may be hyperthyroid, They are keeping him in tonight to make sure his calcium levels are okay and he should be able to come  home tomorrow. 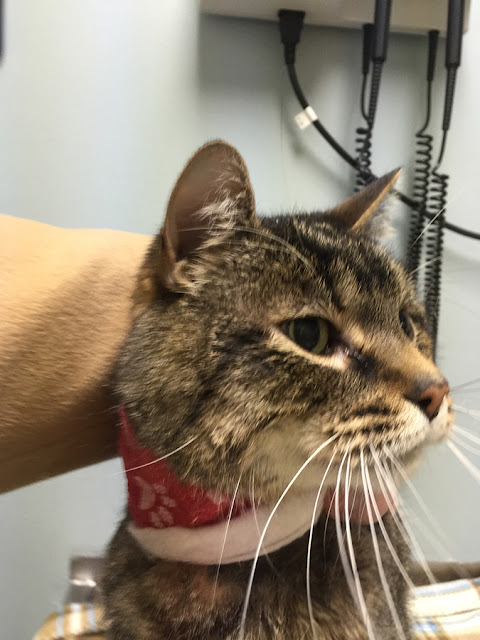 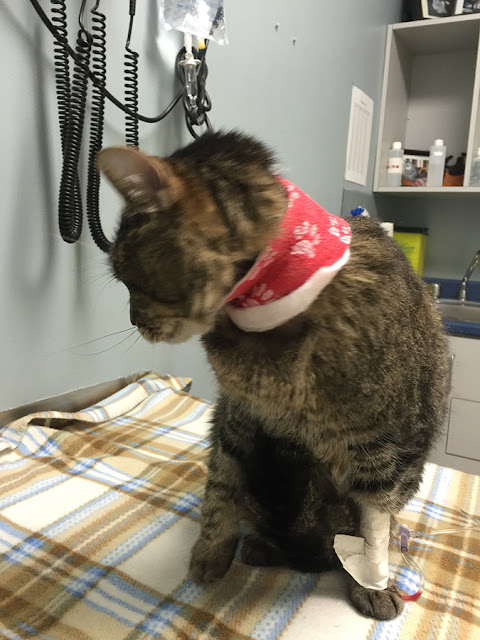 Refusing to look at the camera! 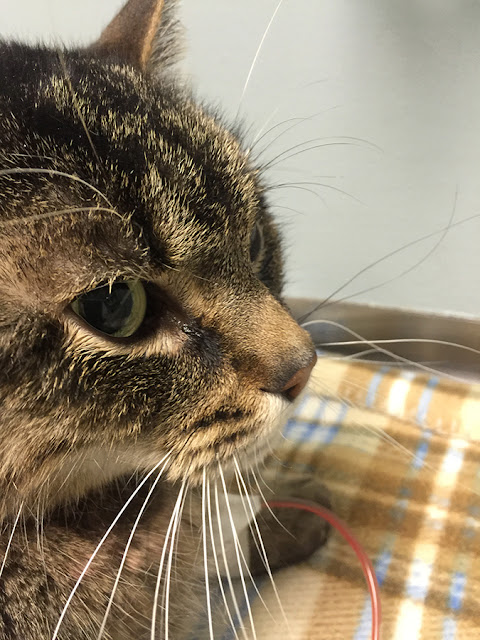 Poor Alex was at the vet's last September with a complete urethral blockage. 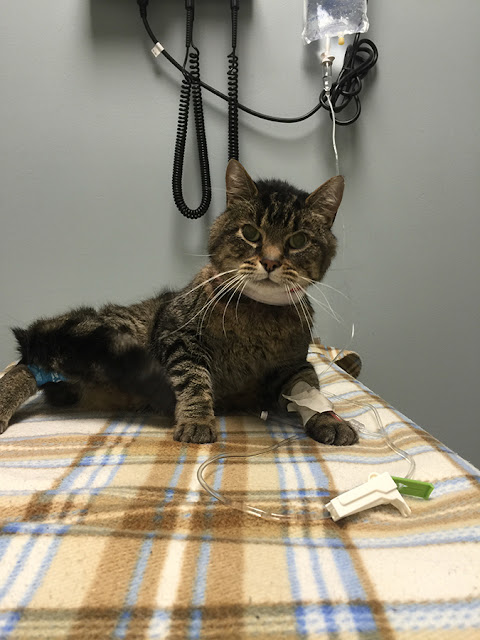 Gordon said he was pretty relaxed and mellow tonight. Here's hoping it's not cancer and he'll be okay. We adopted Alex from the OSPCA in 2007. He'd been found in a leghold trap six weeks earlier. They amputate his hind leg and put him up for adoption. We went into the shelter that September to look at dogs, and came home with a cat instead! :)