Rock formations and a dangerous cooler...

On one of the last days of our trip to Arizona, we hiked down from the top of Chiricahua National Monument with our friend Roger. It was something like nine miles, mostly downhill owing to the shuttlebus we took to the top early that morning!
Roger kindly brought lunch and beer, although his cooler was just a little alarming... 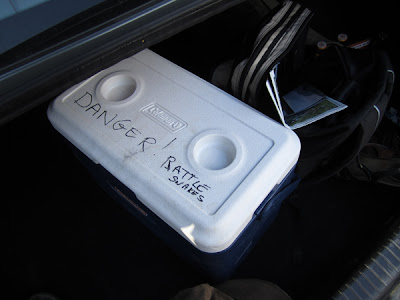 No rattlesnakes on this day, though! Just tasty sandwiches. 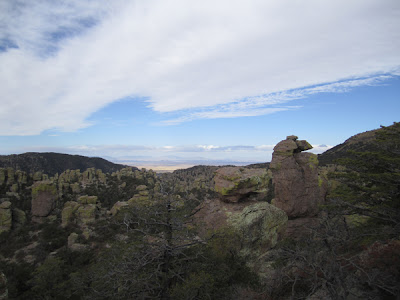 It was windy and cool at the top, but the panoramic views of the rock formations were stunning. These are rhyolite tuffs, rock formed from the ash of a long-ago volcano. What a gorgeous national park. 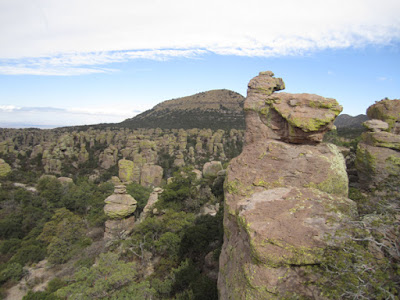 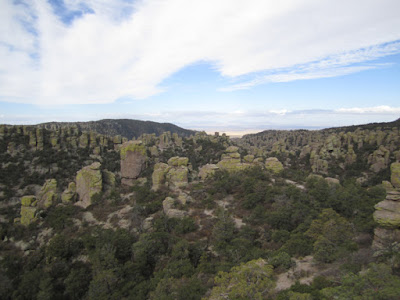 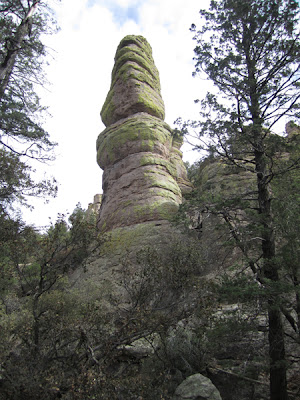 The columns of rock were very impressive, whether you were up close or far away! 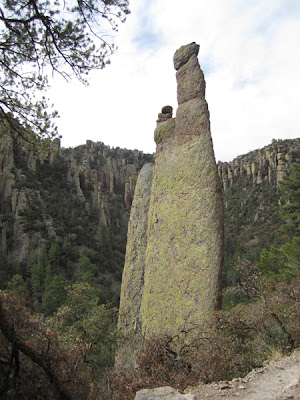 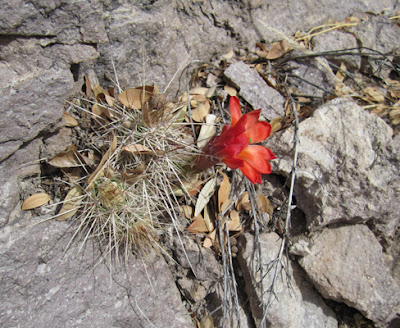 A pretty cactus blossom juts out from the rock. 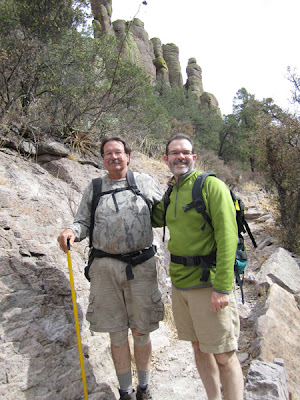 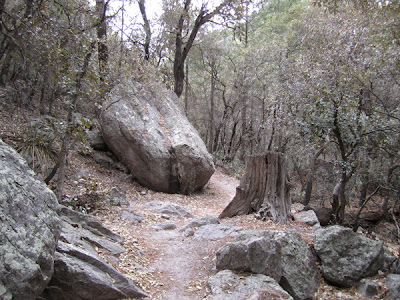 I was really impressed with the hiking path. 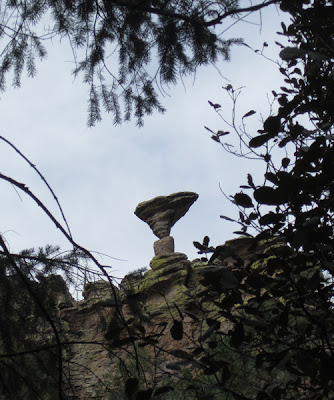 There were lots of astounding balancing rocks. How does that thing stay up there?! 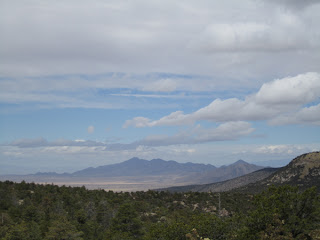 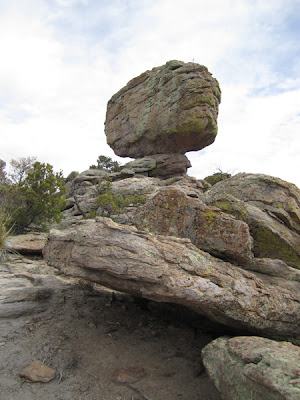 I wanted to give this one just a little push! 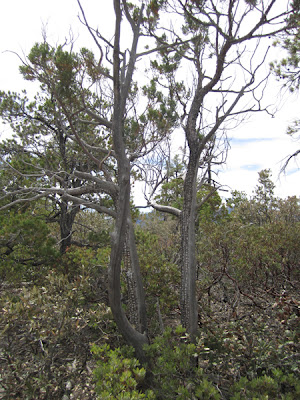 I think it's obvious why this tree is called Alligator Juniper! Note the bark. 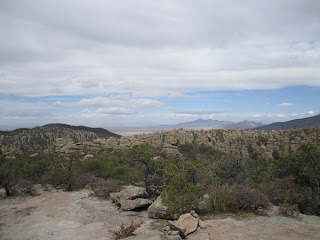 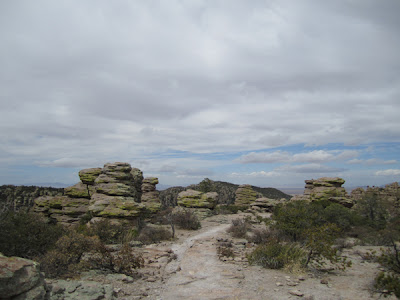 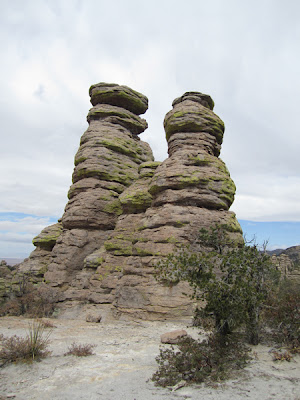 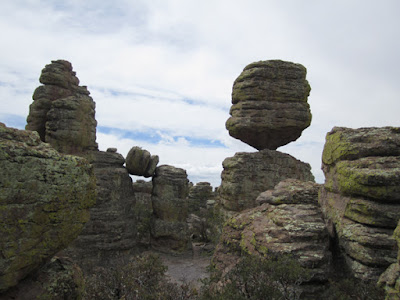