I need a vacation...

...and since I ain't getting one any time soon, I'm revisiting a past vacation. Back in 2004, the Bearded One and I spent three weeks in Vietnam and Cambodia. It was fantastic, despite me getting Ho Chi Minh's Revenge in Ho Chi Minh City (aka Saigon), and Gordon contracting typhoid fever in Phnom Penh. Fortunately we both survived, and I learned to change an I.V. bag in a hotel room, no doubt a handy skill for future travels. I also learned never to trust Gordon as the authority on the expiry date of a typhoid vaccine. Of course, he was the poor soul who paid the price for that blunder!
We had a, er, very interesting room in Ho Chi Minh City. I had never before and have never since seen a lamp quite like this one: 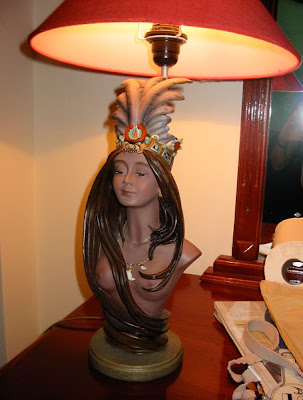 It's amazing how her hair frames the pertinent... bits.

And the lamp coordinated so wonderfully well with the 2008 Olympic puppies bedspread: 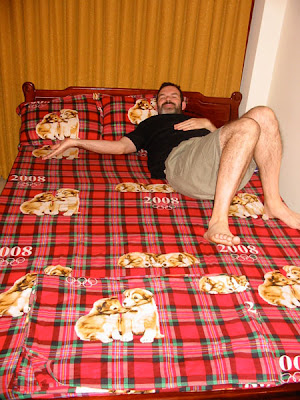 I spent a few days urgently crawling from this bed to the bathroom and back, overandoverandover, becoming very well acquainted with the puppies as I rested my vomit-encrusted cheek against their wee button noses. But soon the antibiotics kicked in, and my stomach and I headed for the nearest pho joint. My favourite breakfast on the planet is still the pho I had on Phu Quoc island every morning!

We spend a few lovely days on island of Phu Quoc, where most of the world's fish sauce is made. And the seafood is beyond compare. 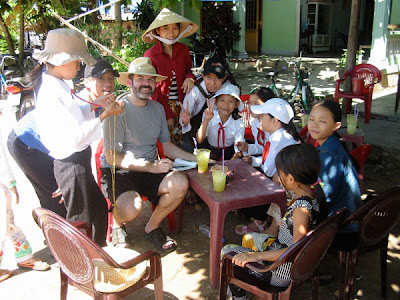 Ah, a beautiful island with beautiful children! When we stopped at a lemonade stand, a bunch of schoolkids glommed onto us for English practice. I drew pictures for them while Gordon put his teaching experience to use. All the kids tried on my sunglasses and had their photos taken. The lemonade was freshly made with crushed sugar cane. YUM! 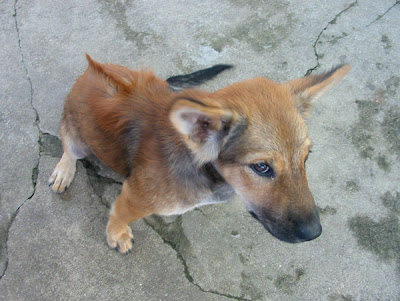 Phu Quoc is also known for its prized, ridge-backed hunting dogs. (No, Chef Nick, they don't eat these dogs!) They are very friendly, laid-back creatures. This one visited us regularly and I named her Esmerelda. She was one freaking adorable puppy. 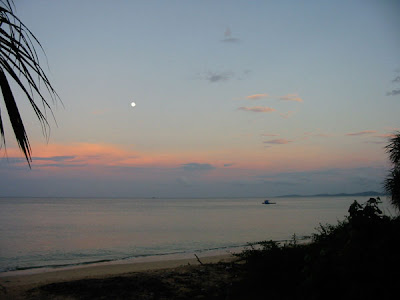 And at the end of a long hard day of drinking lemonade with schoolkids, petting Phu Quoc ridgebacks, gorging on seafood, snorkelling and scuba diving, and getting massages on the beach for $2.00/hour, we relaxed on our cabana deck and watched the sun go down, as I yet again slaughtered Gordon at Scrabble. Triple word score using eight letters. Read it and weep, sweetie!

Cambodia is a gorgeous country, with such a painful and haunting recent history. We visited the temples and ruins at Angkor Wat, which were breathtakingly spectacular... 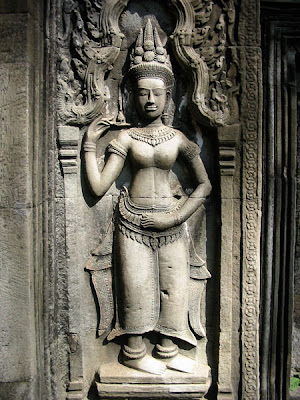 Below, roots reach down to strangle a ruin. This scene has been photographed many times (with better results than this!) I recently saw this scene pictured in National Geographic magazine... 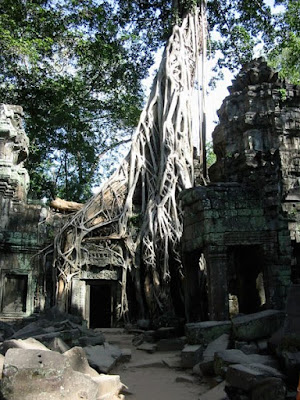 At a nearby Buddhist temple and school, I made friends with some more kids, who seemed to want nothing more than to follow me around and take turns holding my hands. 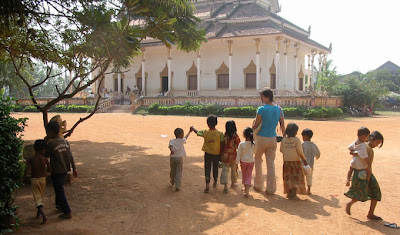 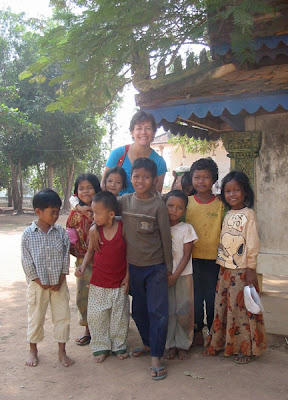 I couldn't help but smile, being around these beautiful kids. I hope their lives are happy, but it won't be easy for them.

And at the end of a long, hard day of being a pampered western tourist: 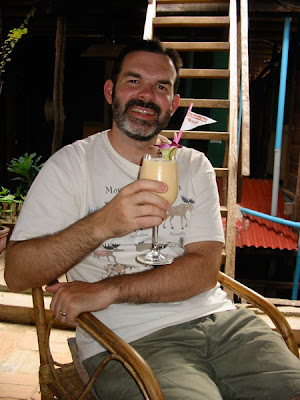 fruity drinks with orchids and flags in them. Mmmmm!

Back to the grind...