How much would YOU pay not to have dinner with Sarah Palin?

After Jim at The Velvet Blog wrote about the lead-up to some idiot paying $63,500 to have dinner with Sarah Palin, Chef Nick came up with another idea. How much would YOU pay not to have dinner with the Queen of Wasilla? But you'd miss out on her special turkey milkshakes!

And I have actually BEEN to Wasilla, God help me. Back in 2003, I flew to Alaska for free on my air miles, and my friend Phyllis (dog writer extraordinaire!) and I watched the start of the Iditarod and toured around the area a bit. And look, here we are in... WASILLA! 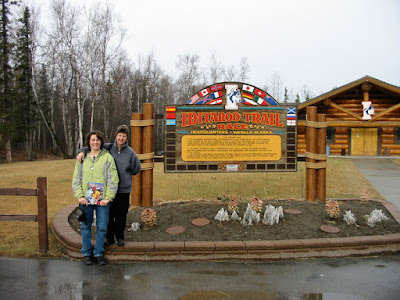 We visited the Iditarod headquarters, which featured this stuffed sled dog: 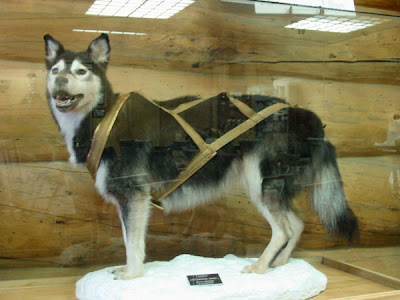 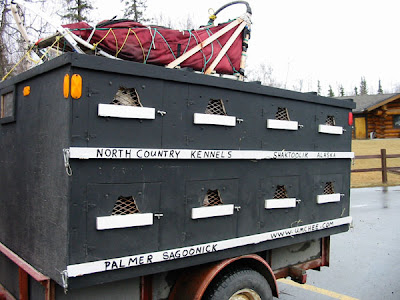 And outside the headquarters, we found some real sleddogs, all packed up and ready to go in their truck! 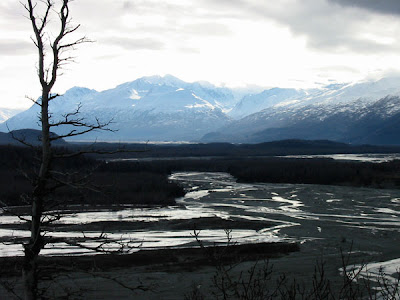 I think this was up around Palmer somewhere. Spectacularly beautiful! 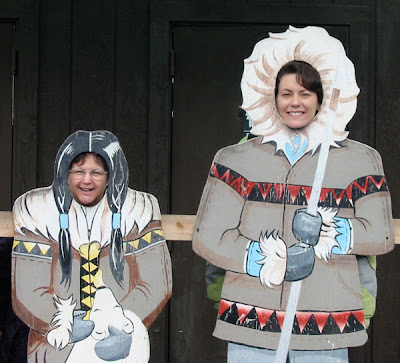 This has gotta be culturally insensitive, but we stuck our heads in anyway.
We also went to the pre-Iditarod dinner, where we got to meet the mushers and their dogs: 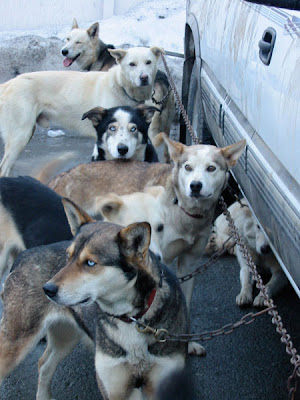 We also made it to the Muskox Farm in Palmer: 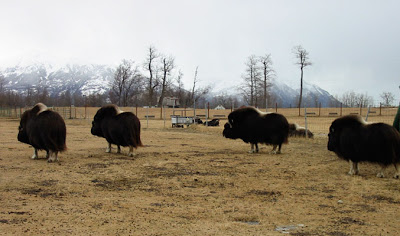 Muskox fibre makes qiviut, an incredibly soft yarn that is eight times warmer than wool. I found qiviut to be cheaper in Canada than in the US, likely because we have a heck of a lot more muskox in our north.

In 2007 we visited England and Scotland together... 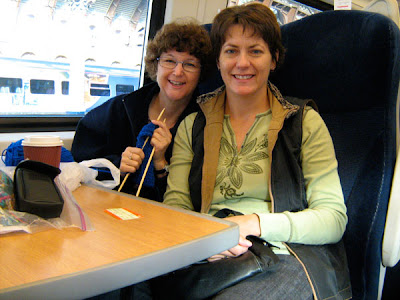 ...leaving a trail of destruction (and knitting) wherever we went.