Apparently this area normally gets a January thaw, and this year was only the third since something like 1946 that there was no thaw. Instead, we got a February thaw (and a ton of rain!) The temps are back down below freezing today, but yesterday was warm and rainy and I couldn't even take the dogs on their usual walk because the fields were such a mess. They were not amused.

The creek that runs through our property (it is actually a municipal drain that leads to the Beaudette River, which empties into the St. Lawrence) completely burst its banks: 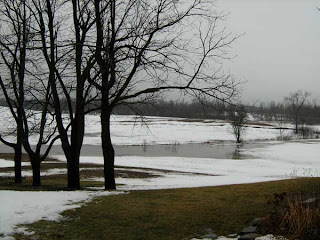 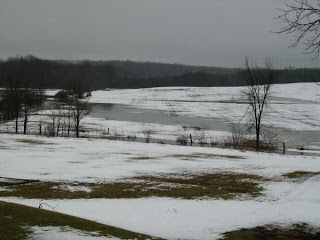 Normally the creek forms an "L" here (halfway up picture, on the left), but when things burst, it takes the path of least resistance right across the corner of the field. Remember my photo of the sumac bush from the end of January?: 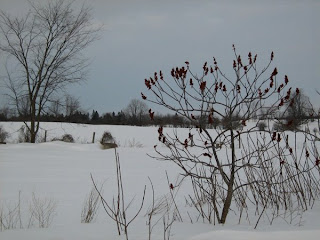 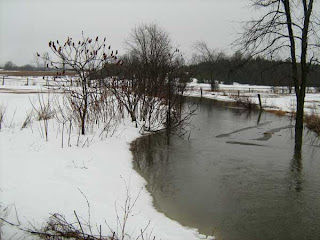 Okay, so not the best comparison because in the January photo, you can't see the snow-filled frozen creek on the right. But this is how it looked yesterday. 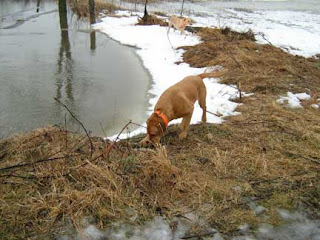 If I had kids, I wouldn't have let them near the creek, but the dogs can swim and the current wasn't dangerous for them. Not that they showed any interest in going into the frigid water! 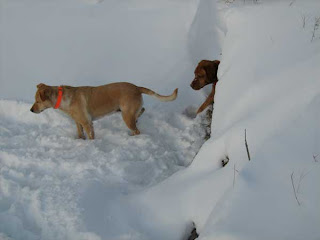 Remember earlier this winter when they were walking in and out of the corrugated metal tunnel through which the creek flows? 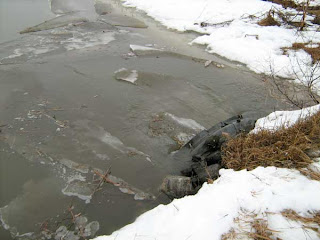 Yesterday the water was at the top of that tunnel (which is the dark metal thing in this photo.) 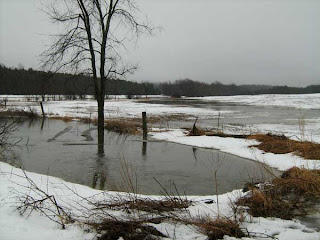 You can see it here, too. 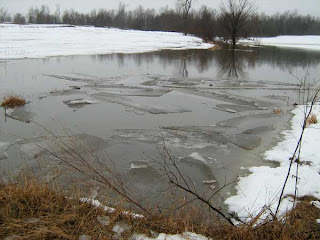 And lots of ice! 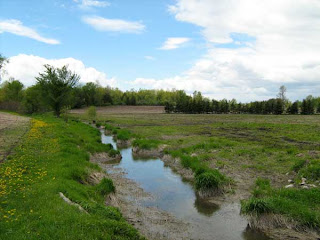 And this is what the previous scene looks like in spring/summer (slightly different camera angle.)

I haven't been out yet today to see what state things are in now that the temps have dropped, but I am hoping I can take the bored dogs for their usual tiring walk today. And that's your walk around the farm for this week.