Just to prove the snow is gone and spring really is here, I have EVIDENCE in the form of photos: 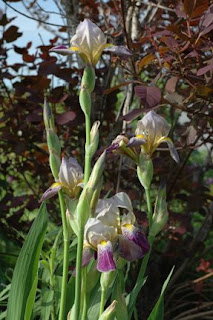 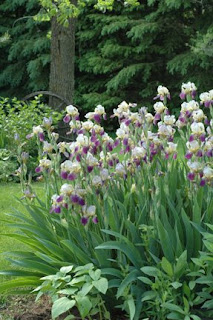 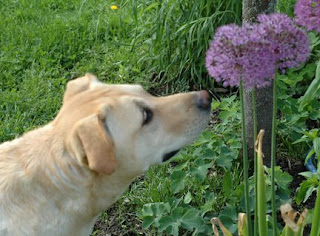 Despite appearances to the contrary, Sophie is not sniffing the flowers. Sophie is OBSESSED with bumblebees and reallyreallyreally wants to catch and eat them. I reallyreallyreally don't want her to do this, because she'll get stung and I bet her head will swell up like a balloon and I'll have a $150 vet visit on my hands. Of course, the vet visit thing is just a guess. But I do think it best that she not ingest bees. Besides, I like them! 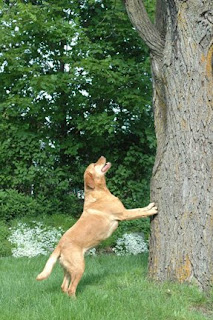 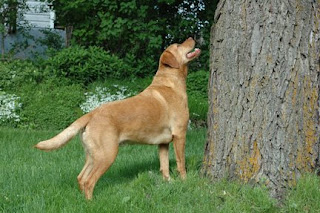 Tristan's tastes evidently run to red squirrels, since he has CAUGHT and EATEN two in the past week, before I could even remove my chin from my chest. URGH! I became less upset about this the other day when a red squirrel killed four baby robins in the nest outside our porch window. Such a waste... he took a few bites from each and then buggered off, hopefully into Tristan's jaws. :( I know it's just nature, and squirrels gotta eat, but I had enjoyed watching Mama Robin on the nest and so was saddened about the babies dying. Besides, the squirrels have plenty to munch on around here (birdseed and black walnuts, to name just two items), so they can just leave my baby birds alone! 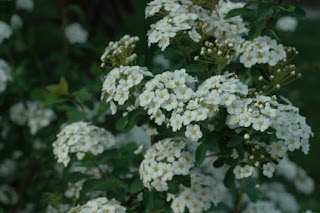 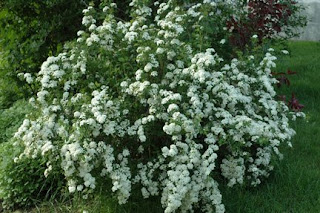 ...Bridal wreath spirea aka Vanhoutte Bridal Wreath!
I grew up with one of these in the garden and I adore them. I had planned to buy one for this garden but voilà, there are two here already.

And we have alliums, which the bees, butterflies and Gordon love: 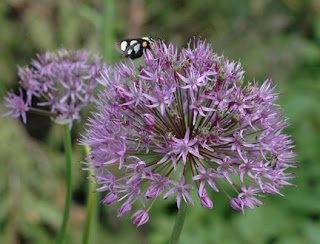 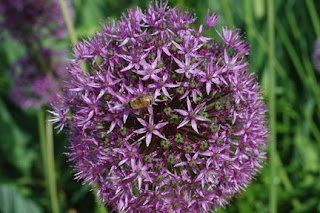 So there ya go. As you can see, things do eventually warm up in the Great White North. I am madly trying to get in the last of my veg seeds, and the veggie patch is getting more and more enormous. One hopes the deer or raccoons or anything else won't annihilate it. The only real solution to the deer is a twelve-foot fence, which I'm not prepared to erect. But since they love soybeans, and 50 acres of them have been planted on our land, I am hoping that these provide enough of a distraction from my own crop.

For some reason, I haven't, touch wood, had deer issues in the past with my vegetables. In fact, the deer have snacked in the gardens of all my neighbours and left mine alone. The smell of dog perhaps? Who knows? I just hope my luck continues.

It's supposed to hit 32C by the weekend, which is pretty hot for early June. I'd say winter is officially over.
Posted by Knatolee at 8:22 am