At last, a CLANGER! 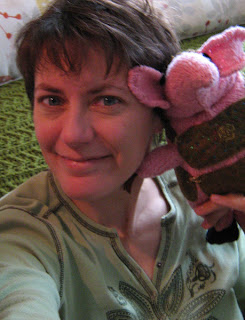 I know, it's feast or famine here in Blogville. Three posts in one day!

The brilliant news is: I have FINISHED THE CLANGER for my friend Sarah, who asked me to make it for her an embarrassingly long time ago! I don't think she reads my blog, so I am posting some pics here before I ship it off to Toronto. She's probably given up this Clanger for dead.

What's a Clanger, you ask? Well, check out this site! Back in the late 60s, the Clangers were the stars of a British animated children's TV series that my friend Sarah used to watch. I don't believe I have ever witnessed an episode, but I would like to now that I have gotten up close and personal with one of these pink creatures from outer space.

From what I have read about the series, I think the creators were smoking a LOT of drugs when they came up with the whole idea. And maybe taking a few pretty pink pills. Ah, 1969 was a very good year. If you would like to see Clangers handcrafted by other ordinary citizens like me, have a look here.

And if you simply must have more Clanger info, try here. 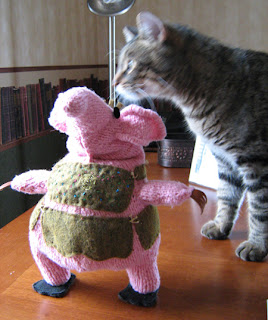 Alex the three-legged cat gets acquainted with my Clanger, henceforth named Sargeant Saddlebag, on account of his ample hip region. 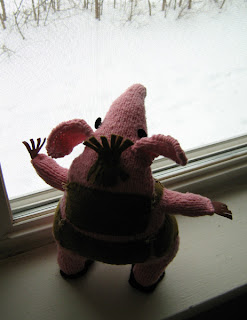 Sargeant Saddlebag dreams of a trip outside into the snow, but realizes that he would soon suffocate in its depths. Or be picked off by an American Kestrel. Or be shredded by a dog named Tristan. 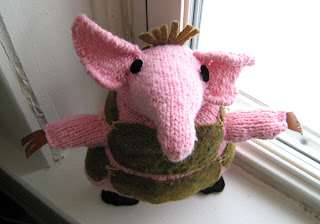 Sargeant Saddlebag is NOT shy in front of the camera. “Take me. I'm yours!” 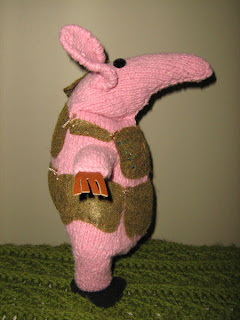 Sargeant Saddlebag’s creator suddenly realizes that Sarg is all tum, no bum. 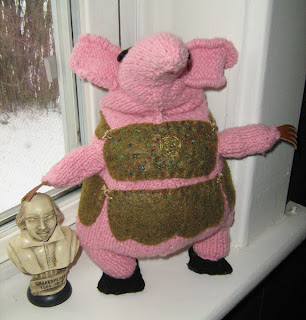 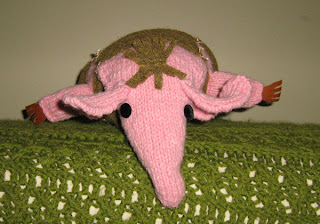 Sargeant Saddlebag wipes out after an attempt at body surfing on an afghan. 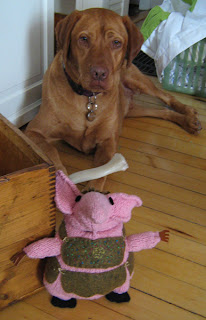 And Tristan thinks “Hmm. Fake bone, or deliciously soft and stuffy pig thing?”, whereupon the photographer quickly retrieves Sargeant Saddlebag before there is a horrific disembowelment.


Please feel free to comment on my latest creation!
Posted by Knatolee at 2:14 pm