Lately I have been so consumed by animal care that I have not been finding enough time to write or make art (although I am still managing to write a poem a week!) And I've been missing my blog...

Following up on my last post, I have the saddest news.  A few weeks back, little Stella (who I fostered for about 10 weeks for the OSPCA) had seizures on was rushed to the vet. They did all they could for her, but the next day the decision was made to euthanize her... 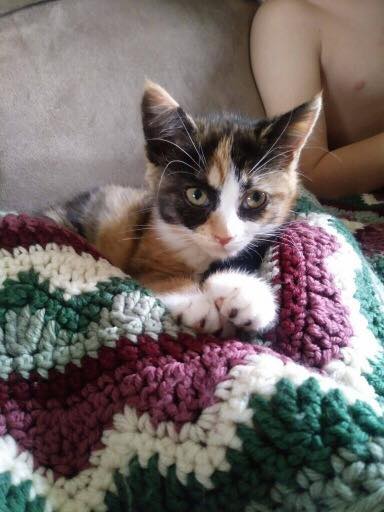 Her new family (who also adopted her mama Nina, who is doing fine) were devastated. Stella had the most wonderful home with a lovely couple and their  three little boys who love cats.

They weren't sure what happened with Stella, but she had a very rough start to life and nearly died on the day I took her in. She was a beautiful little miracle kitty and we were all so sad to lose her. Her new owners asked that I bury her here on the farm, where she spent most of her life.

On a brighter note, her brother Georgie, aka Pirate Kitty is doing very well.... 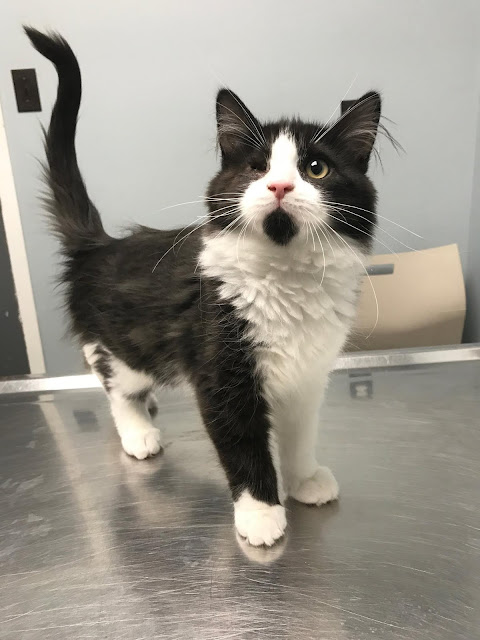 ...although he too had to go to the vet last Saturday, with yet another URI. He started life with one, but as you can see, he's growing into a beautiful cat. He will have surgery in January to remove his eye and  he'll be neutered at the same time, then we will formally adopt him from the OSPCA. Right now he is staying with my friend Sharron, who was fostering another kitten I had previously fostered named Celeste (one of the litter of eight I took in from the OSPCA in the summer.) A friend of mine in Maryland (!) adopted Celeste, and Sharron was keeping her until my friend could come get her, which she did last week. We figured Georgie would be good company for Celeste. Sharron is quite attached to Georgie but she has two older cats who are not as impressed with him. :) Anyway, he's staying with Auntie Sharron until his surgery is done.

Sharron started looking after Georgie when we went for a two-week vacation in Haiti last month! 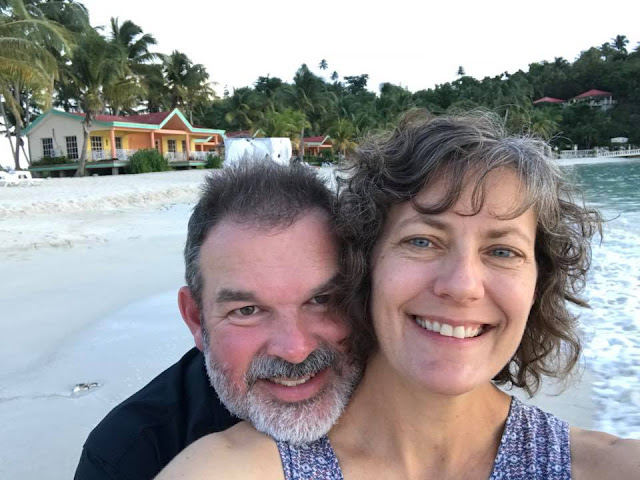 We had the most amazingly trip, and spent most of our time relaxing at Abaka Bay Resort on Île-à-Vache, a small island off the south coast.  We were both exhausted when we arrived, but the trip was completely rejuvenating. I wish I were still there!
Not a lot of people go to Haiti for tourism; we saw zillions of foreign-aid workers and missionaries. But we had one of our best trips ever, which is mostly down to the friendliness, warmth and hospitality of the Haitian people. They have been through so much, but are so resilient. 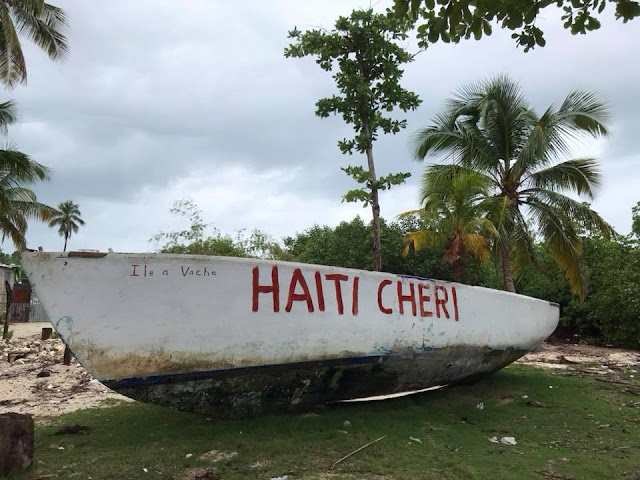 We swam every day in the ocean, snorkelled, walked, kayaked, and stuffed our faces. I read three books. It was amazing. 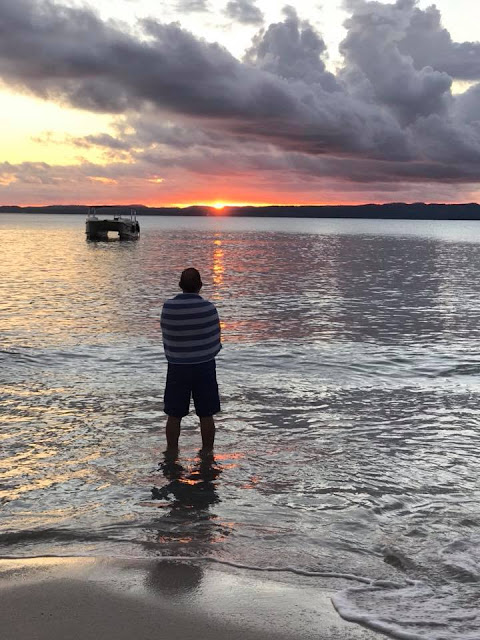 And the sunsets were beautiful! I am wistful just looking at these pictures. We both agreed it was one of our best trips ever, and that's saying something with all the trips we've gone on. Haiti needs more tourists. We hired a great driver who made getting around so easy! But we're back in the land of ice and snow now.

I am struggling to keep balance in my life these days... there is always so much to do.  I have really taken to fostering cats, and this year I have adopted out 14 on my own! Since I last posted, I have taken in four cats/kittens... three have already gone to new homes. Right now I just have lovely Fanny left. 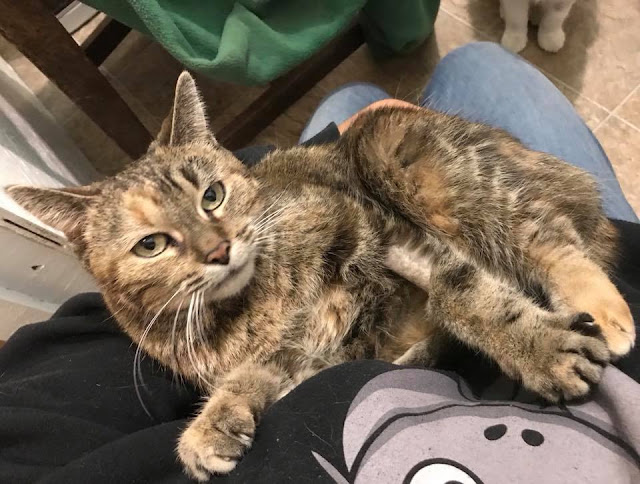 She is somewhere between the ages of 6 and 12. I would guess she is 7 or 8. She was taken from a horrible situation in which the two other cats in the house were euthanized. She is shy but very loving. She loves to sit on your lap and be brushed and cuddled. When she arrived, her mouth was a mess of missing and infected teeth and gums. We have since had that corrected through dental surgery. I will get her spayed after Christmas.

I so want to find her a great home.! She needs a quiet home with someone who doesn't mind a cat who likes to hide sometimes. She has gotten along well with the other foster cats and kittens here and she has quite a mellow personality, but when she is afraid, she retreats to her blanket-lined box. And yet she will let total strangers come up to her and pet her. She is a purring bundle of love.

My heart aches for this girl; she is a cat who only wants to be loved, and she has been through so much. I don't know how long she was dealing with pain from her mess of a mouth, but she has certainly brightened up since we got her teeth fixed. And now she chews her food instead of just licking it!

I need to find someone who is happy to adopt an older cat who just wants to live a quiet life filled with cuddles and love. She really has stolen my heart, but I don't need 18 cats and honestly, she deserves a life where she can be the centre of attention.

So I'm tired and working on prioritizing things in my life, but at the same time I am finding all this rescue work incredibly rewarding. I just need to carve out more time for my artistic life.

And I have been really touched by the way people are responding to what I'm doing. People have been very generous with donations of time, money, and things for all the animals. The other week, I got a beautiful surprise in the mail... 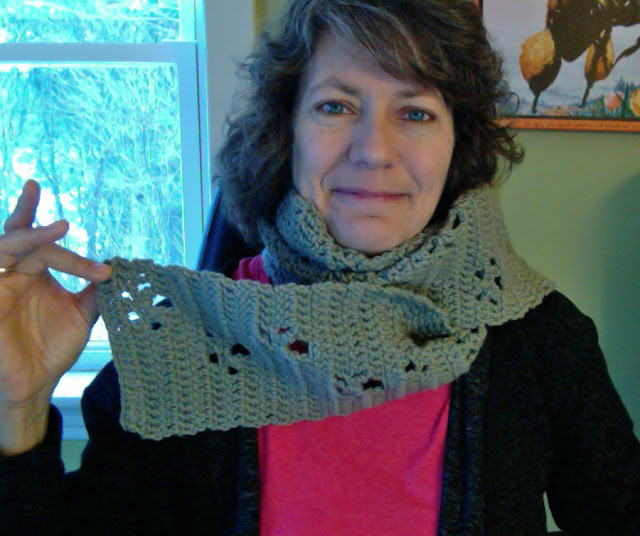 The wife of a nice man who follows me on Twitter and Facebook crocheted me this lovely paw-print scarf! I love it so much, and it's really clever the way the paw-prints are worked into the pattern.  They sent me a beautiful card and note along with it.  I was so touched. When I am out doing barn chores or cuddling cats or giving goats needles, it doesn't feel like I am doing anything special, so I always get this little frisson of surprise and happiness when someone does something kind like this, or sends me a note or message that lifts my spirits. This scarf brought tears to my eyes. Everything makes me cry these days. I blame menopause, lol.

I never really thought I'd end up doing this kind of thing with my life; art and writing are what have always mattered to me as much as my animals. But this animal rescue work has really turned into my thing, so I'm trying to put it all together with my artistic life. And we finally applied for charitable status, so I'm hopeful that within a year or so, that will be granted. It would really ease our financial load to be able to deduct some of our expenses related to animal care, and I would love to be able to give charitable receipts for the money people donate to the animals.

Anyway, I'm just rambling away on the blog today because I haven't been writing here enough and I really miss it and my bloggy friends!

I hope you all have a wonderful holiday season, whatever you celebrate. If you know anyone who might want to adopt my dear Fanny, let me know. :)
Posted by Knatolee at 6:38 am