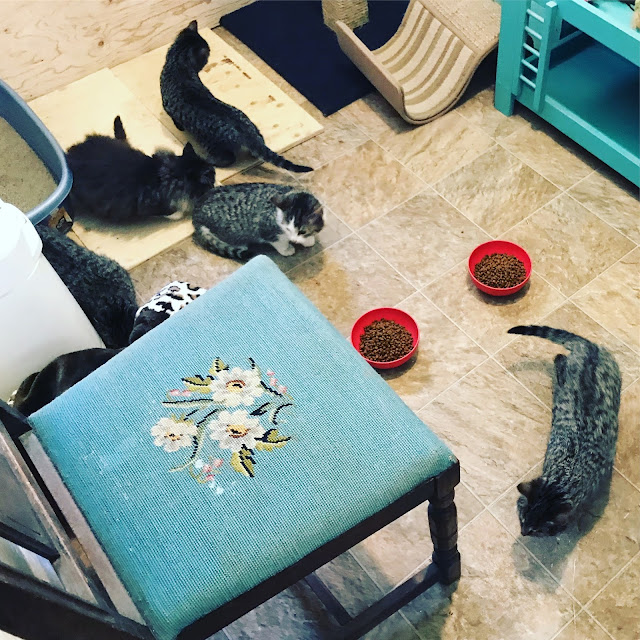 Thursday I took in five 12-week-old kittens to foster. I have found homes for two already!
Their one-eyed, pregnant mama was dumped at a local woman's house. She was kind enough to take mama in and has been raising the kittens, but has been having trouble finding them homes (and she already has eight cats!) So she asked me if I could help and I said yes, as the big foster room had just been vacated!

I took them straight to the vet for vaccines, deworming and check-up. They are being treated for ear mites too, but otherwise they are lovely, healthy little critters! 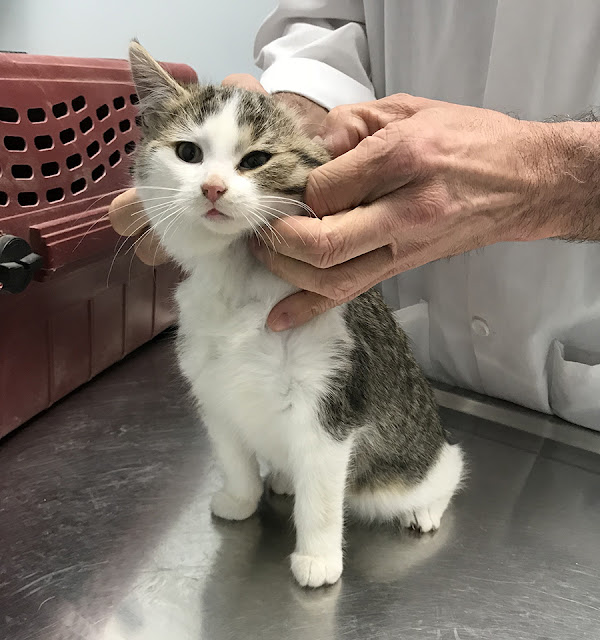 This one has been named Athena by my friend who is adopting her. 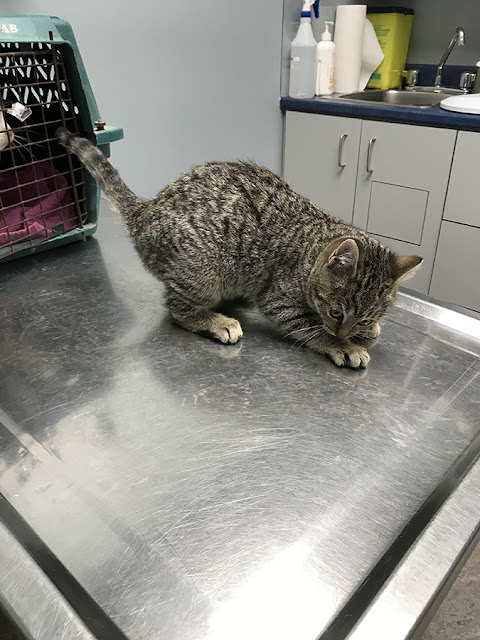 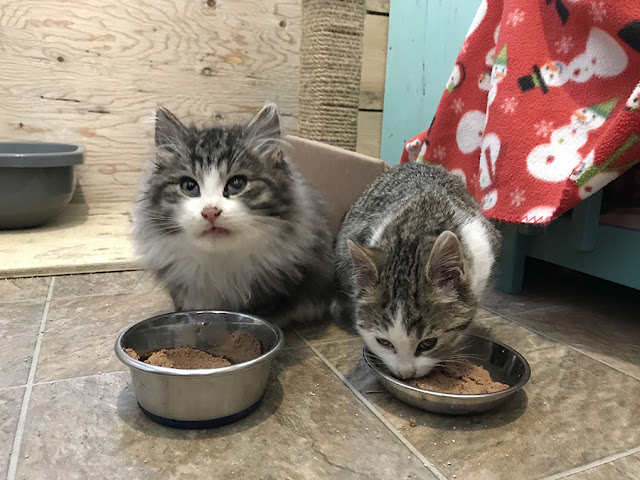 Percy and Athena, who are being adopted by my friend. They will stay here for about four more weeks until they are big enough to be neutered. 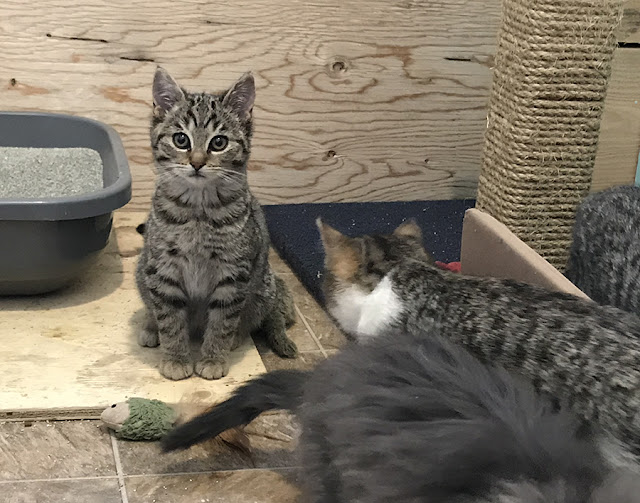 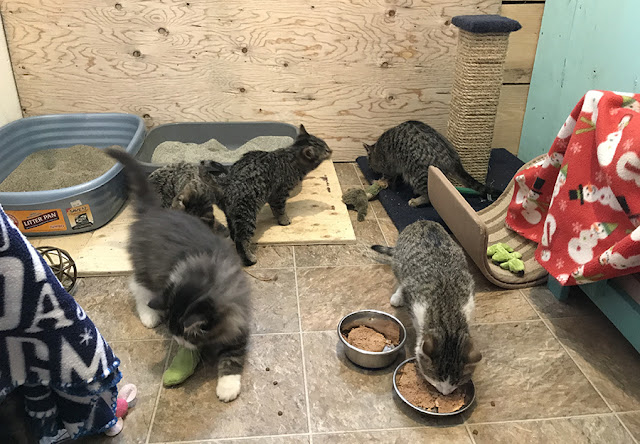 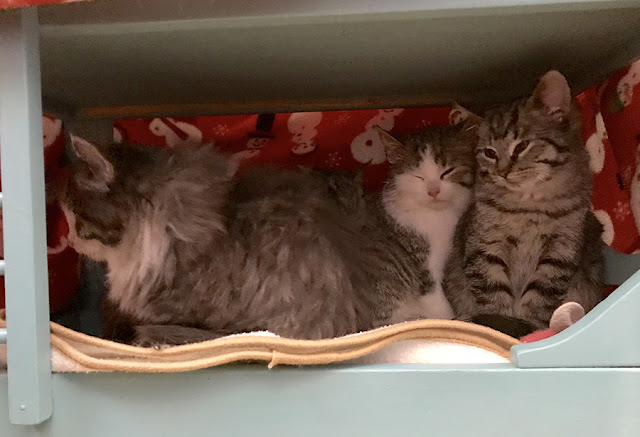 My vet gave them temporary names as he examined them. Percy was "Bushy", Athena was "Chubby" (she had the roundest and probably wormiest belly!), then there's "Tilty", who is tilting her head likely because of the ear mites (if that doesn't resolve, she'll go back to the vet), "Lefty", because she only had mites in her left ear, and "Baldy", because she looks so much like Lefty that the vet shaved off a tiny patch of fur on her front leg so I could tell them apart! If they stay for any length of time, we are going to need some new names, lol...

Yesterday I also took in a shy grey cat from Operation Spay + Neuter in Hawkesbury. I'm going to see if I can get her to come out of her shell a bit. She is in the "auxiliary" foster cat room. No pics yet!

We've been having an extreme cold snap. It was -31 C/-23F again when I got up this morning. Yesterday the dogs had no interest in going out for a pee, so Gordon came up to the bedroom, put their coats on, and dragged them out! 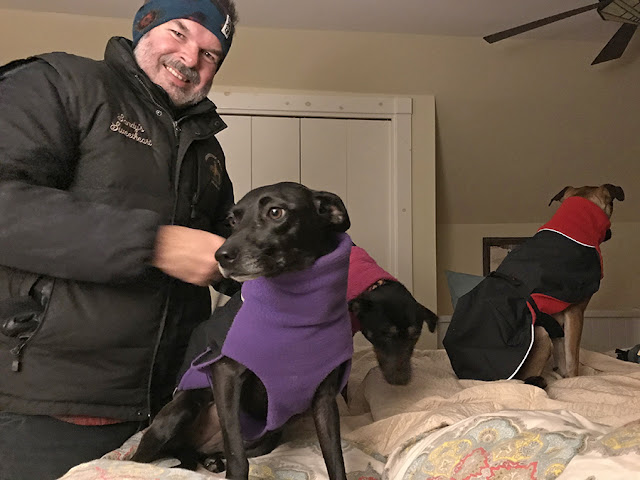 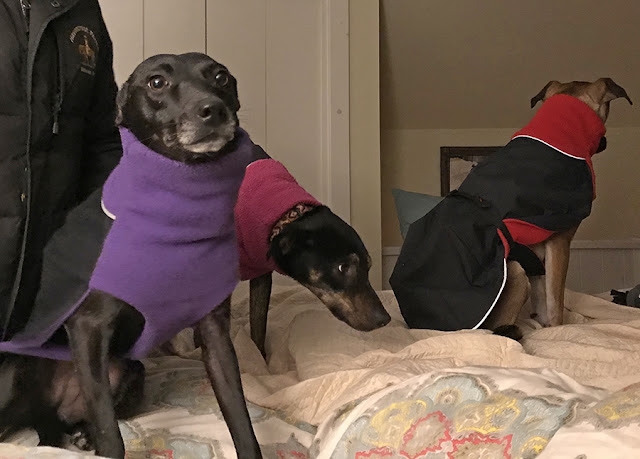 Gigi was the most reluctant! Ears completely pinned. "NOOOOOOOO!"
Can you blame them? They are from Jamaica after all!

But the cats were staying cozy in my office... 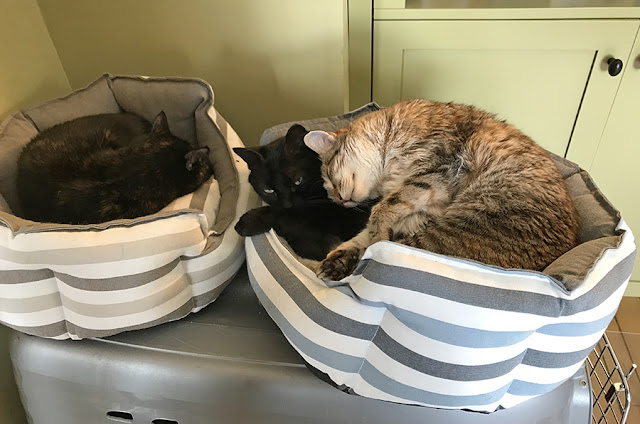 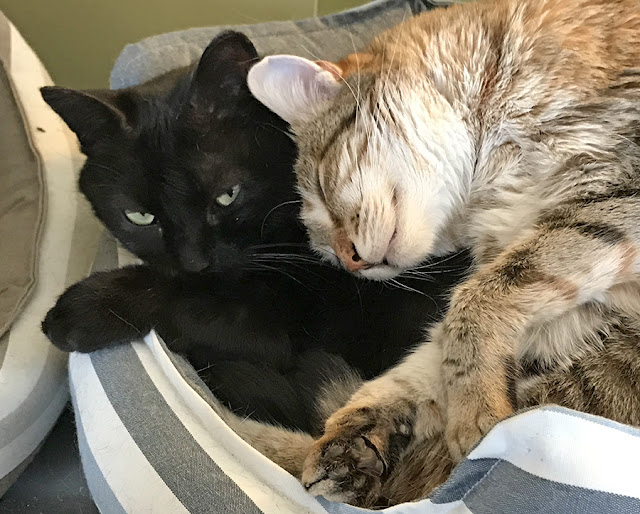 And Gordon had yesterday off, so we went for lunch at our fav place, The Quirky Carrot... 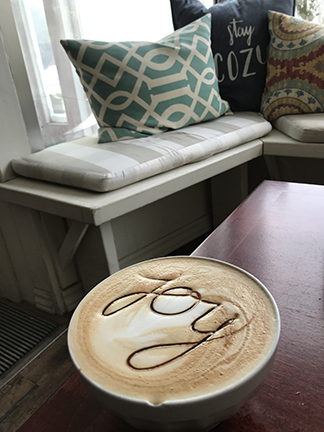 Gingerbread spice latte for him. 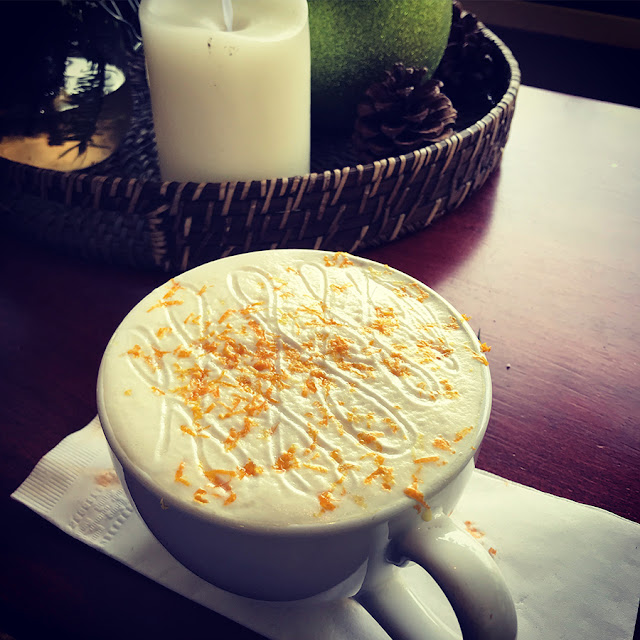 Chai latte for me! 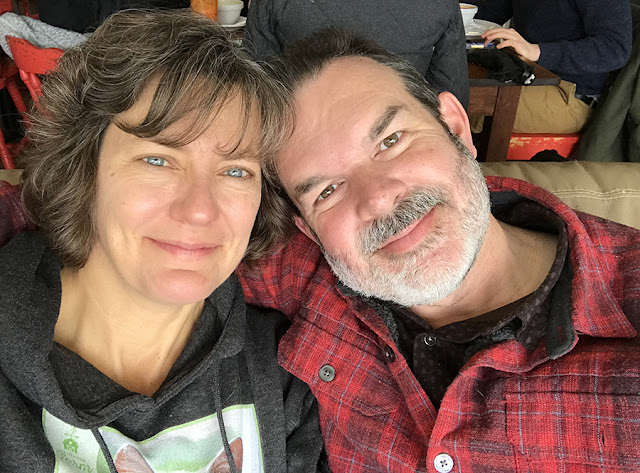 And a blissful half hour relaxing on the couch there!

Hope you all have a lovely New Year's Eve tomorrow, and all the best for 2018!