I have a very tolerant donkey! 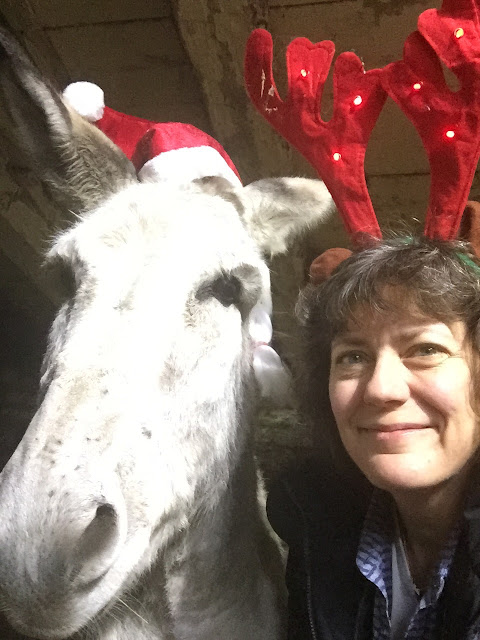 Hope all of you who celebrate it had a very nice Christmas! 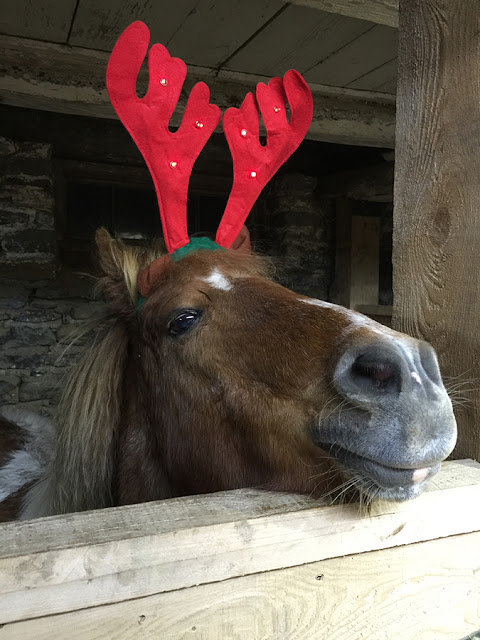 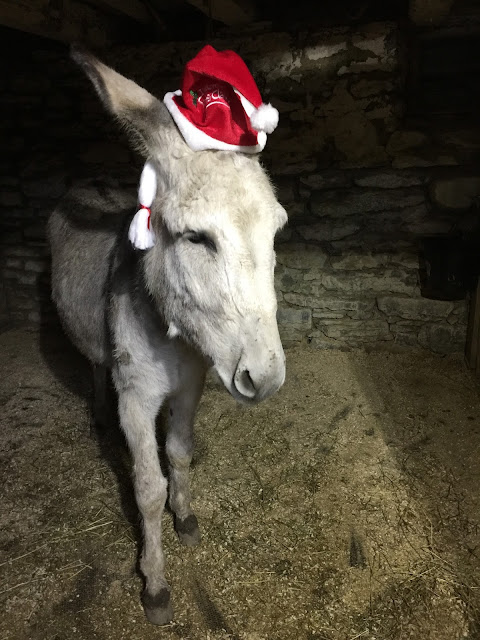 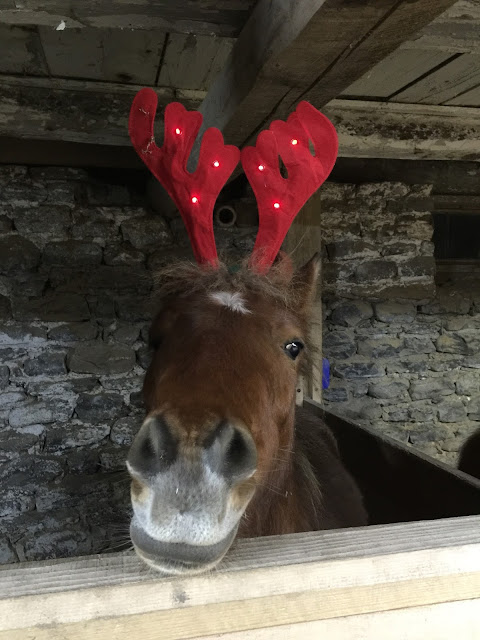 Poor things! I made them dress up!

I've been on edge for days, because last Tuesday, Penny the pregnant goat seemed to lose her "plug" and start displaying some early signs of  "I am ready to kid!" Her ligaments all loosened up around her back end. So we brought her (right) and Genny (for company) into the barn. 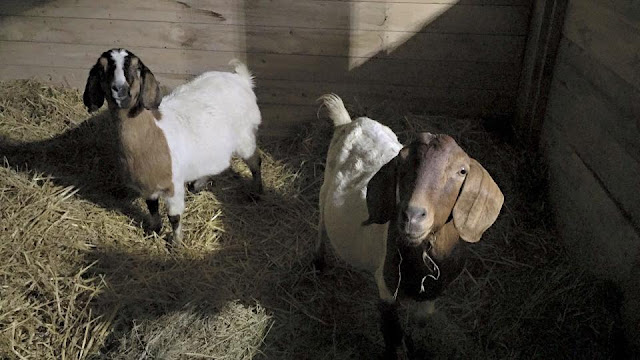 Penny (right) has been stressing me out every since. 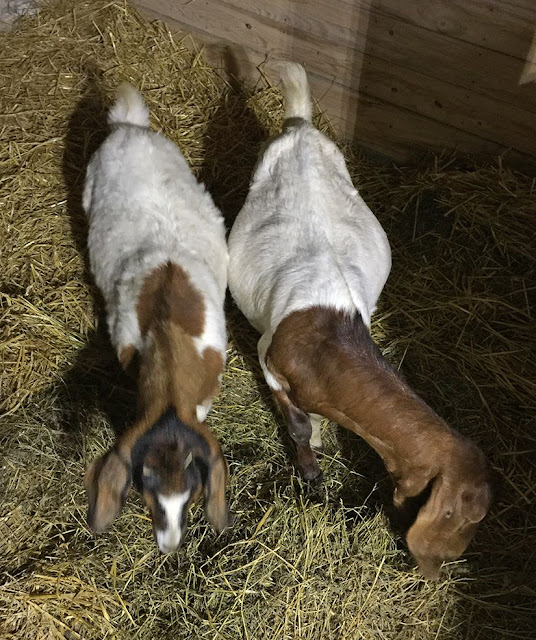 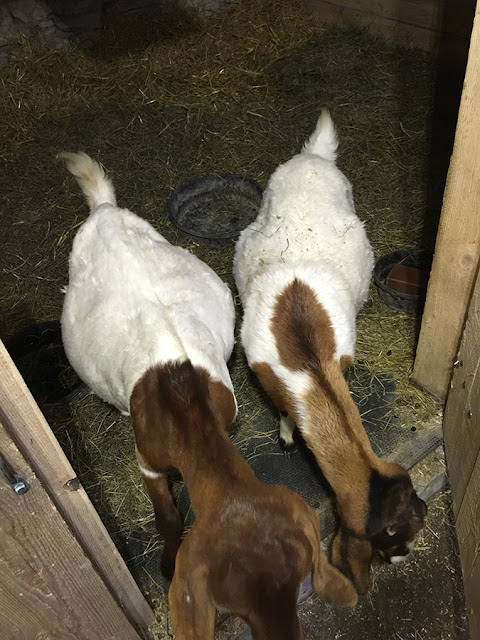 Penny on left, Genny on right. 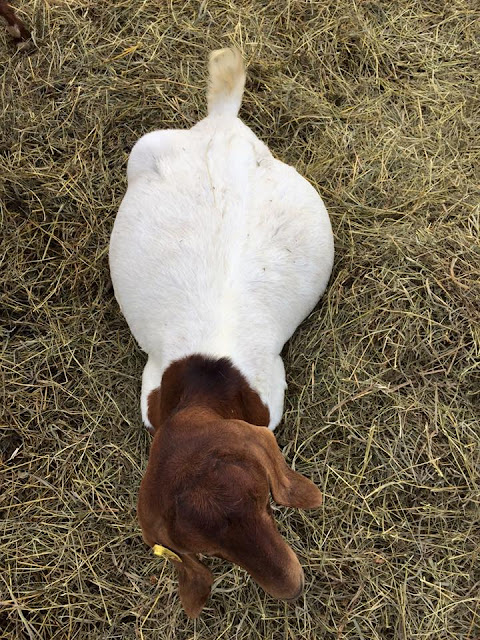 This was a few days earlier.... wide load! Finally got that stupid ear tag out. 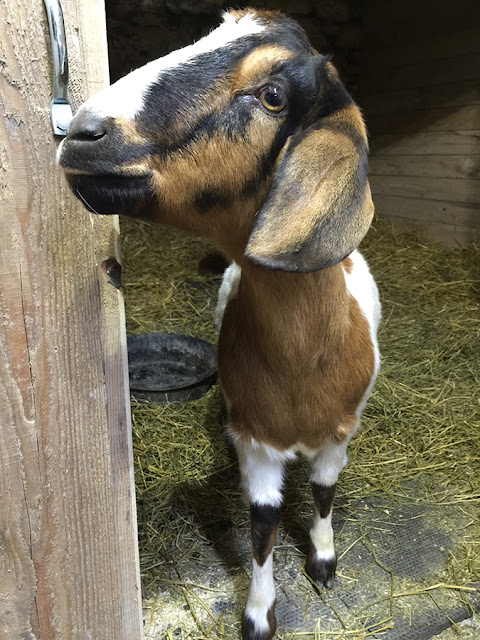 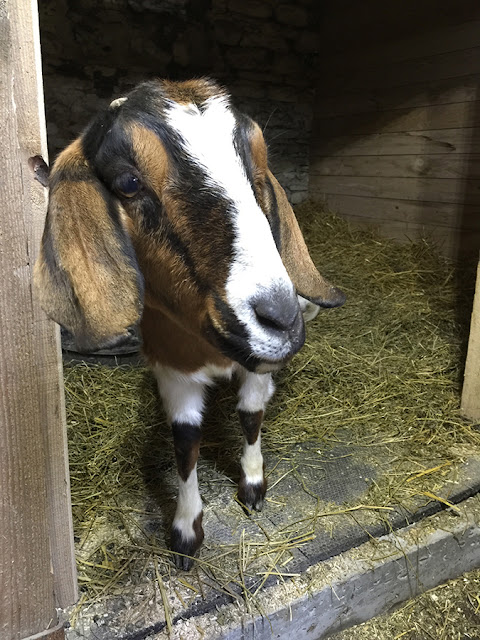 Aaanyway, no kid(s) yet. Spoke to the vet today, because Penny has also got a cough so we've put her on penicillin. Apparently birthing is stressful and sometime animals (cows in particular) develop pneumonia when brought in the barn, and God knows we don't want that! He also said that they can take up to a week to give birth after the ligaments soften!

My friends who know more than me have all confirmed that I'm not imaging all this and she actually will give birth soon. Meanwhile, we haven't been getting a lot of sleep and I obsessively run down to the barn to check on her to make sure nothing's happening. I have been waiting since Tuesday for Gordon to set up the baby monitor thing he bought but it ain't happening, which is too bad, because it would save me a lot of trips to the barn.

But Emerson is not perturbed... 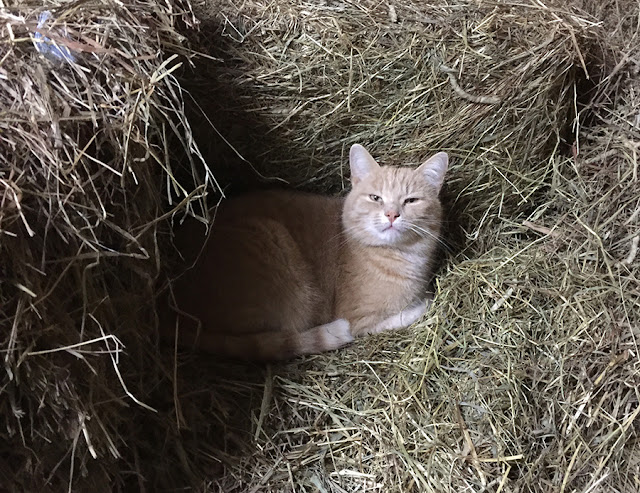 Send good vibes for an uncomplicated birth sometime soon. I'm sick of worrying! We only figured out she as pregnant a few weeks ago when her udder starting swelling. She apparently got knocked up sometime before she arrived here at the end of August.