We have the bestest donkey in the universe! 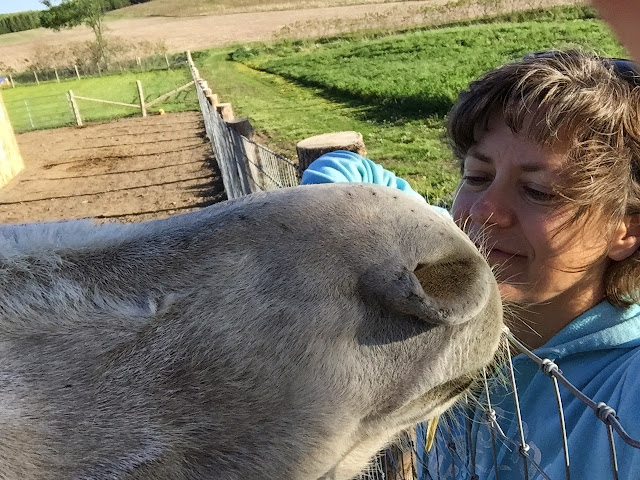 Saul is so sweet and gentle! Today he came up to me at the fence was was just resting his nose against mine, ever so gently. He's adorable. 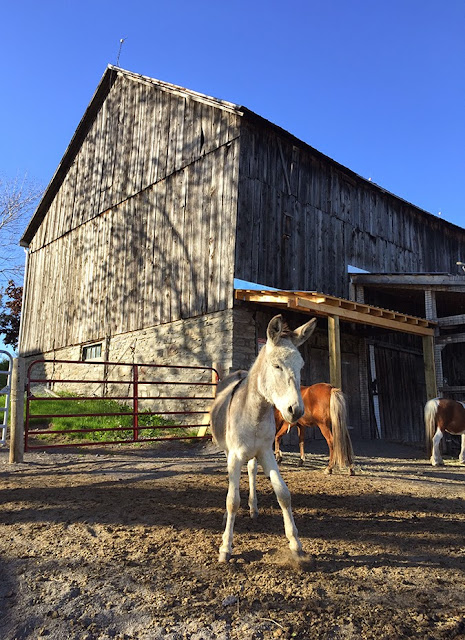 Such a good boy! 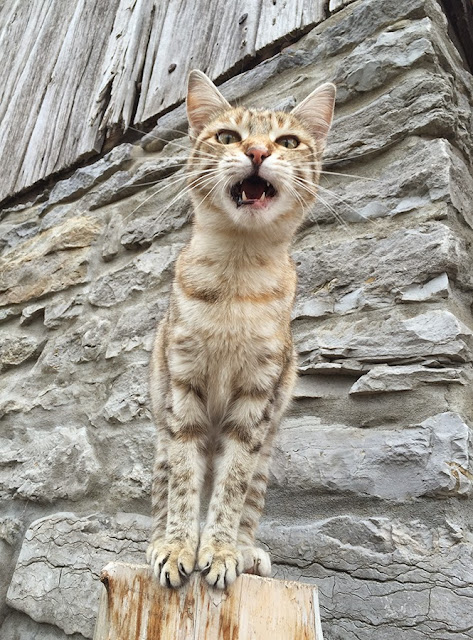 ... Annuk the Greek goddess always has something to say!

And she likes to supervise the equines... 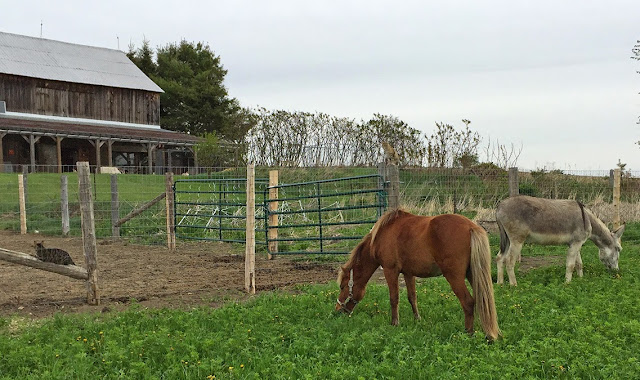 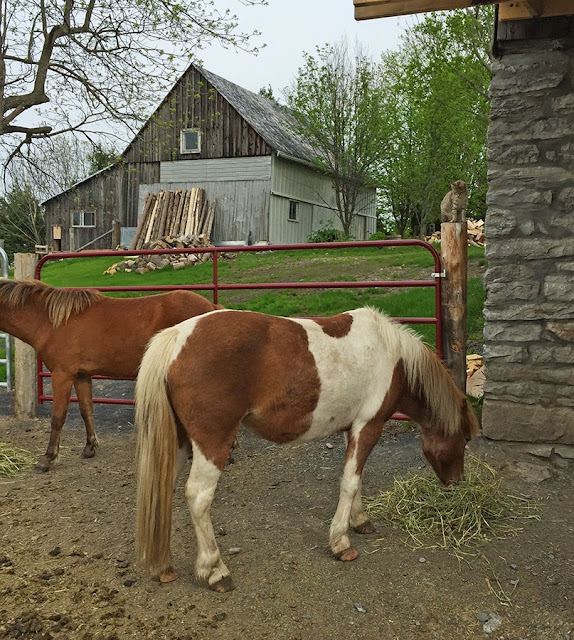 There's Annuk again, supervising the ponies from her post! 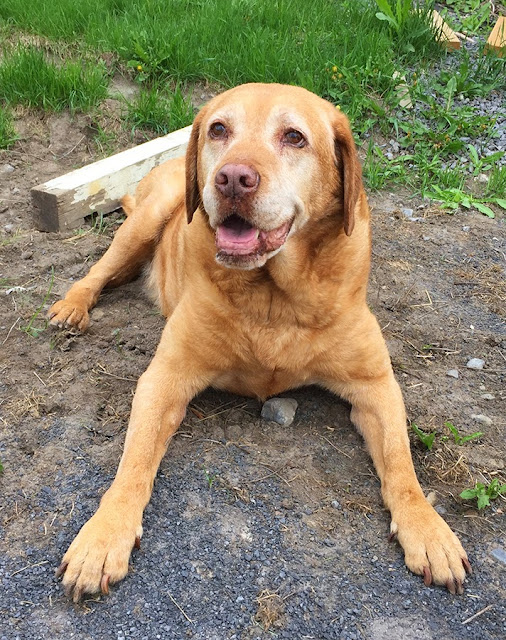 And our old boy Tristan. He's having a tougher and tougher time getting around but he hasn't quite given up on life yet. 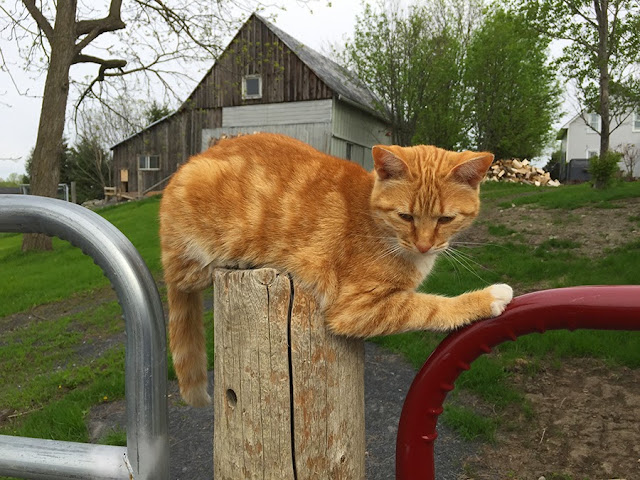 ..Buttercup was also keeping an eye on things! 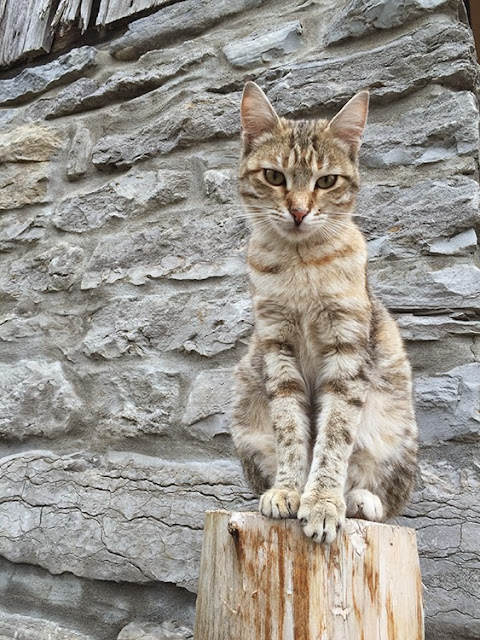 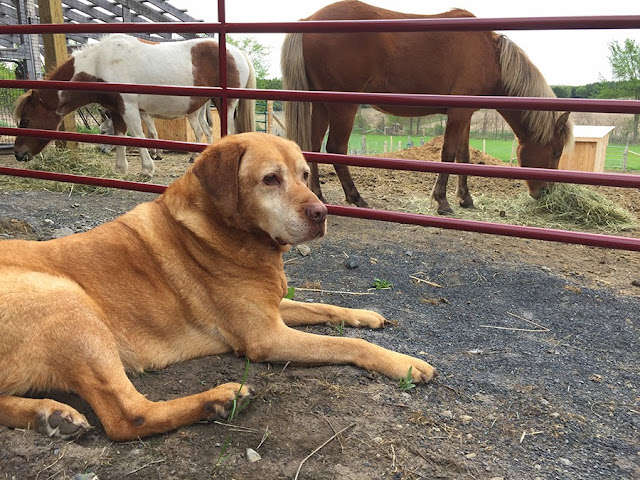 Tristan doesn't mind the ponies, but when the donkey approached he fence, he let out a big WOOF! He's not allowed in there with them. No doubt Saul would kick him down the paddock, 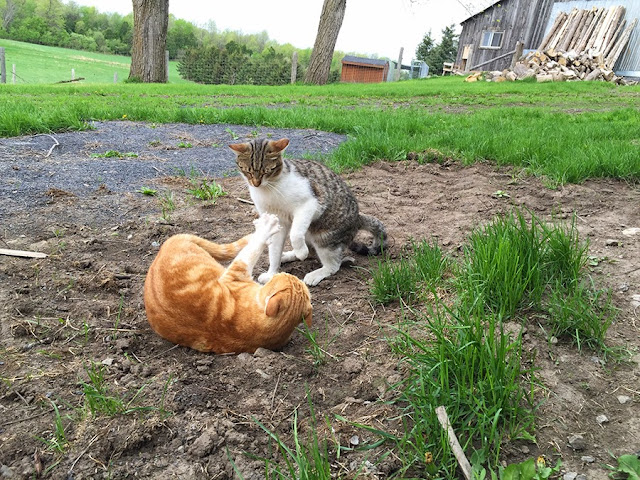 Buttercup was unimpressed with Archie's attempts to play with her! But mostly they get along. I wonder if they are related? They came from the same dump in Syros, Greece but were born a year apart. 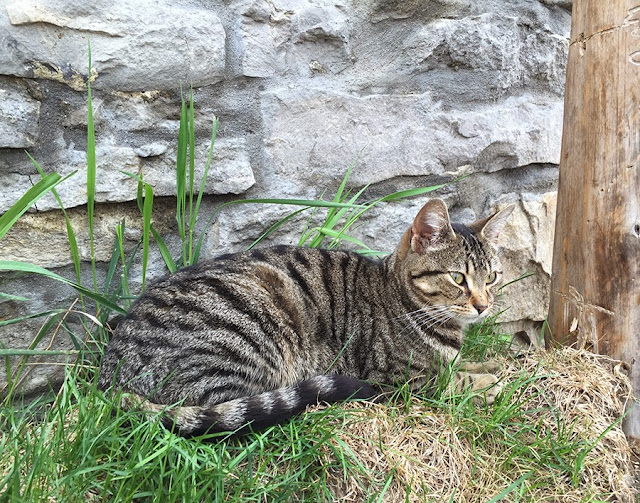 ...Pip from Perth is lovely, as always. 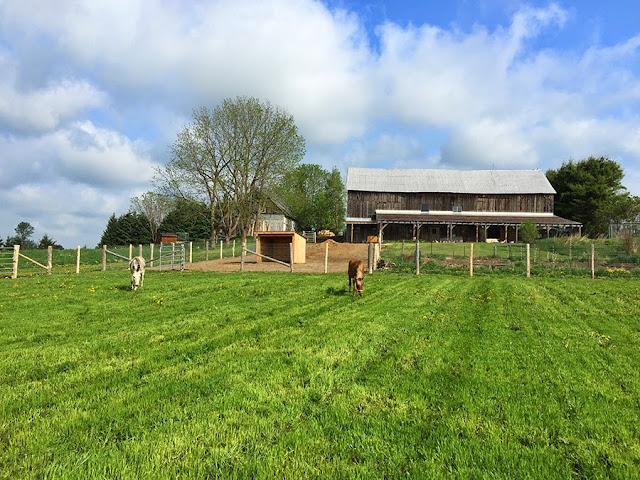 The ponies and donkey are getting some grazing time now. I am getting a hay muzzle for Esme. I let her out for a very limited amount of time but because she is so prone to laminitis, I can't let her go nuts on pasture. It's a shame but it's for her own good! 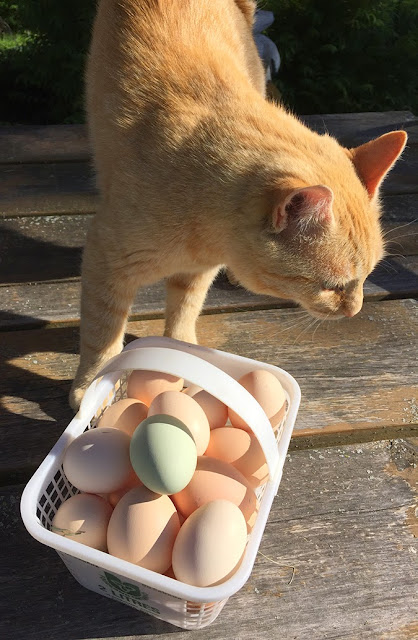 ...is the on-farm egg inspector! 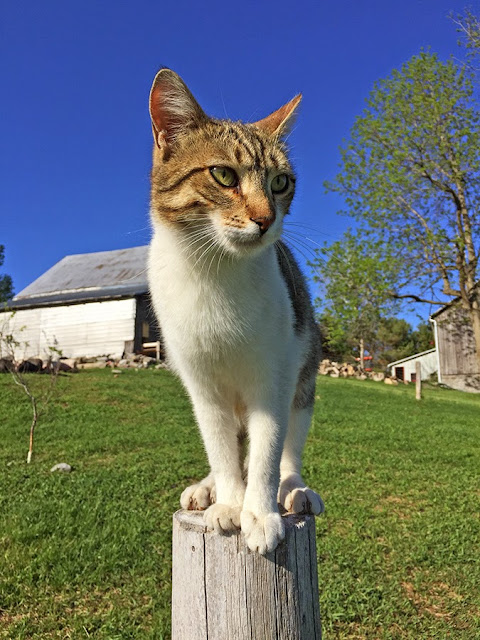 Whereas Archie likes to hang out in the pig pasture! 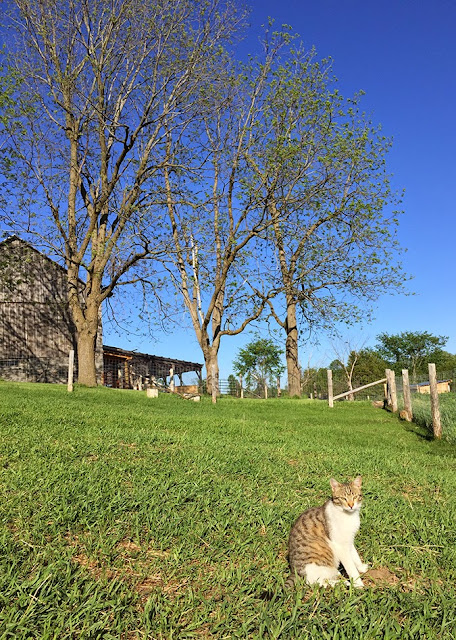 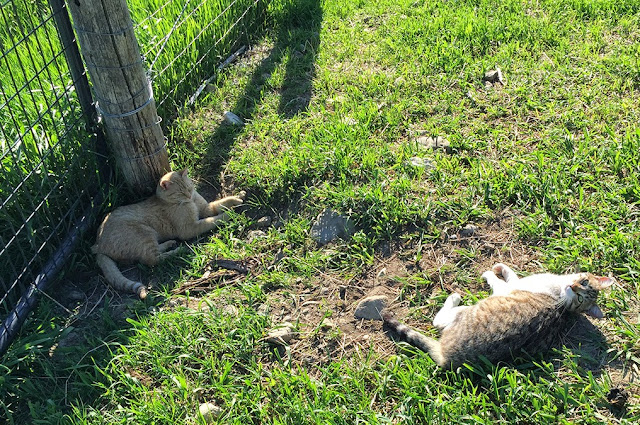 He wants to make friends with Redford, but Redford is having none of it! 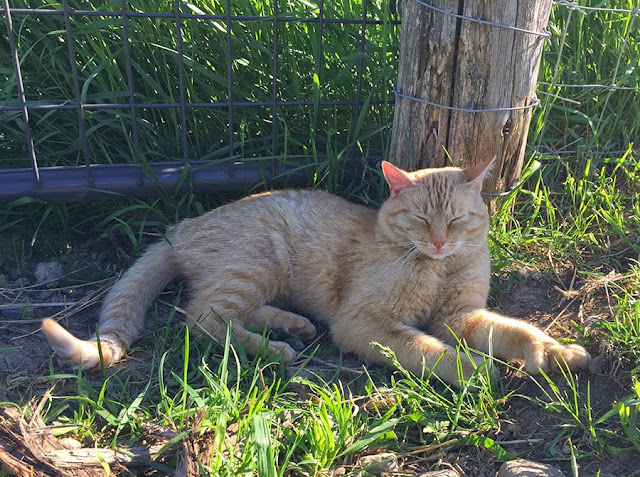 He thinks we have far too many cats here now! 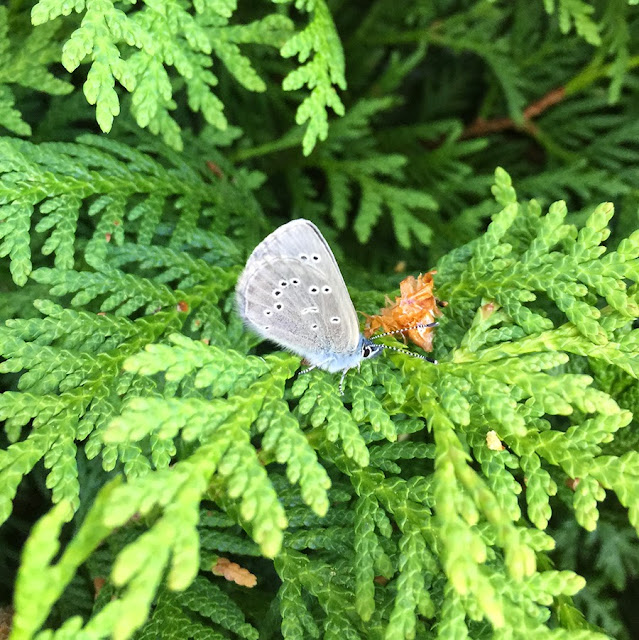 And a random butterfly. I think it's called a Silvery Blue.

The temperatures dropped quite a bit today. In the end, I think it hit about 16C but it started out at 5C. On Monday it was 33C!! It's up and down and all over the place. 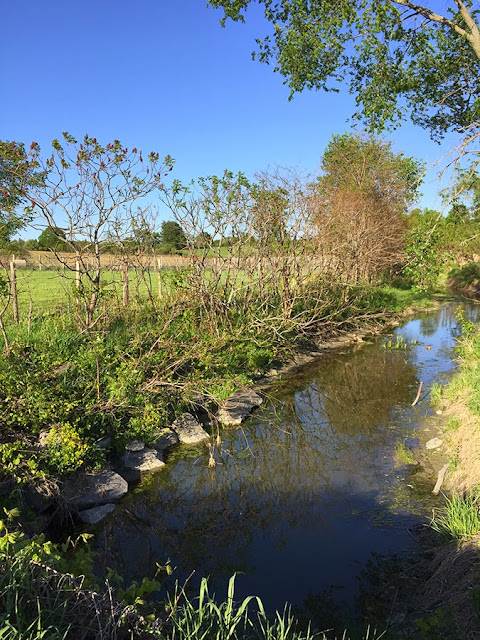 The creek was looking nice. 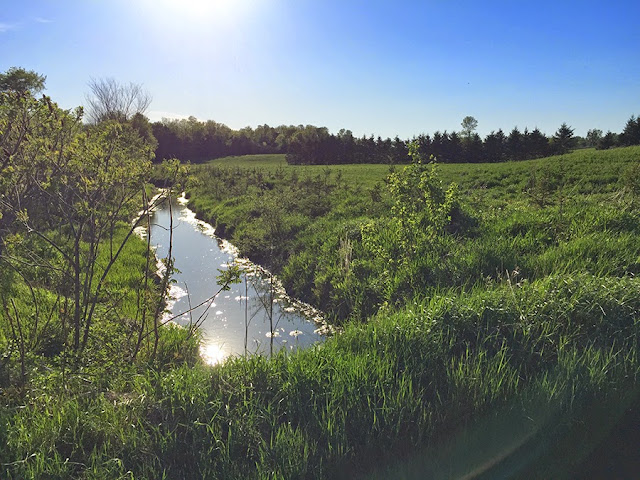 Gordon saw something splashing in here the other night that was bigger than a muskrat. We figure it was either an otter or a beaver. We have both around here. Our neighbour across the road had four otters in his ponds last summer! 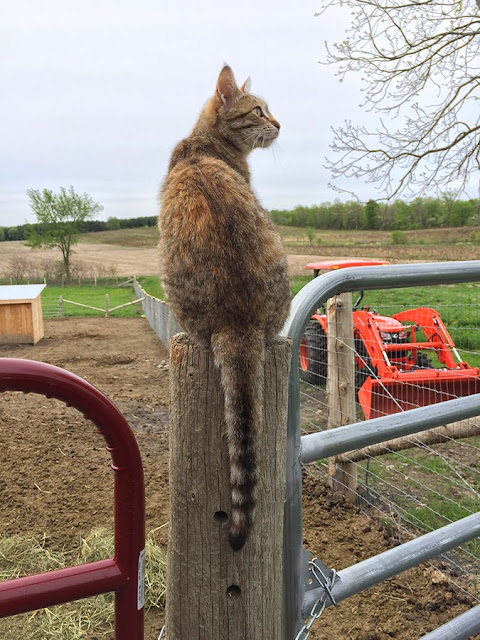 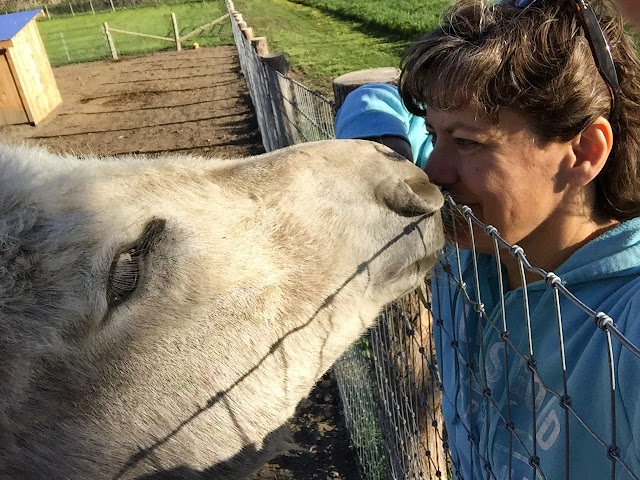 Have I mentioned how much I love this donkey? :)