My friend Steve came for a visit the other day and took a pic of me holding Richard the turkey. 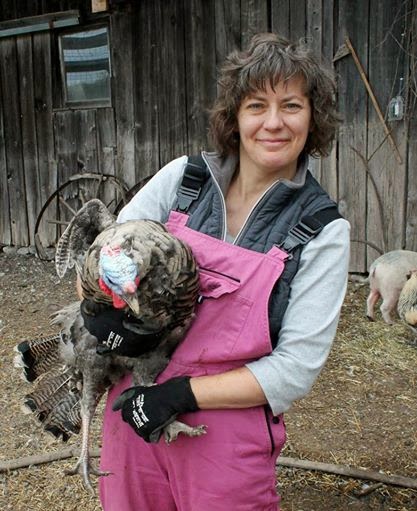 I got pink overalls to match the pigs!  Speaking of pigs, Steve took many fantastic photos of them and allowed me to share them here. Thanks Steve! 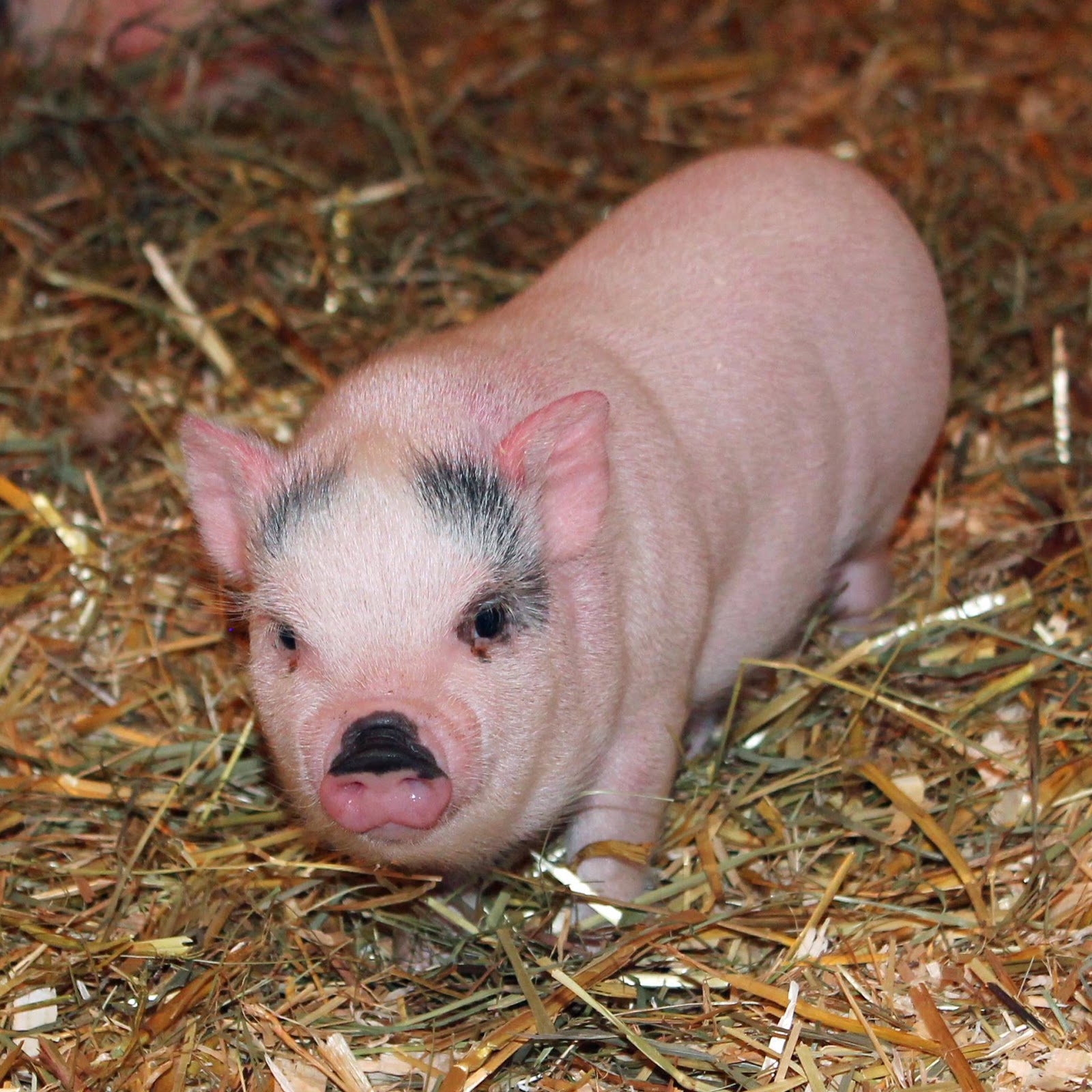 The only piglet adopted out thus far. When she is weaned at 8 weeks, she's going to live in piggy paradise. She'll have an older Berkshire sister who weighs 800 lbs and has her own house and yard!!! The Berkshire was a runt that was bottle-fed and is now is a beloved pet. She gets a birthday cake every year. This little porker is going to have a fine life.

And here I am whispering sweet nothings to the piglets, who just packing on the pounds! Or ounces, anyway. 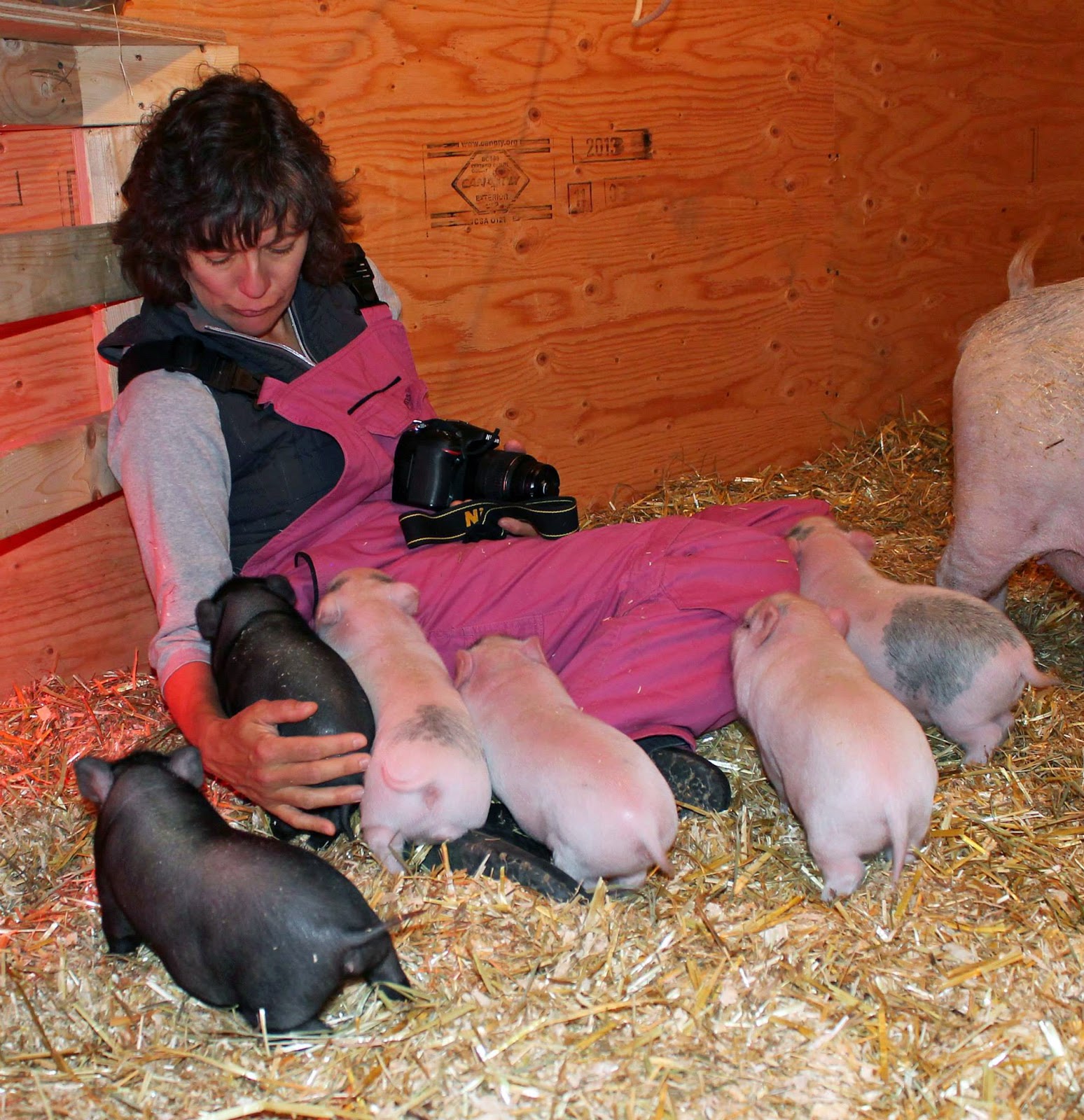 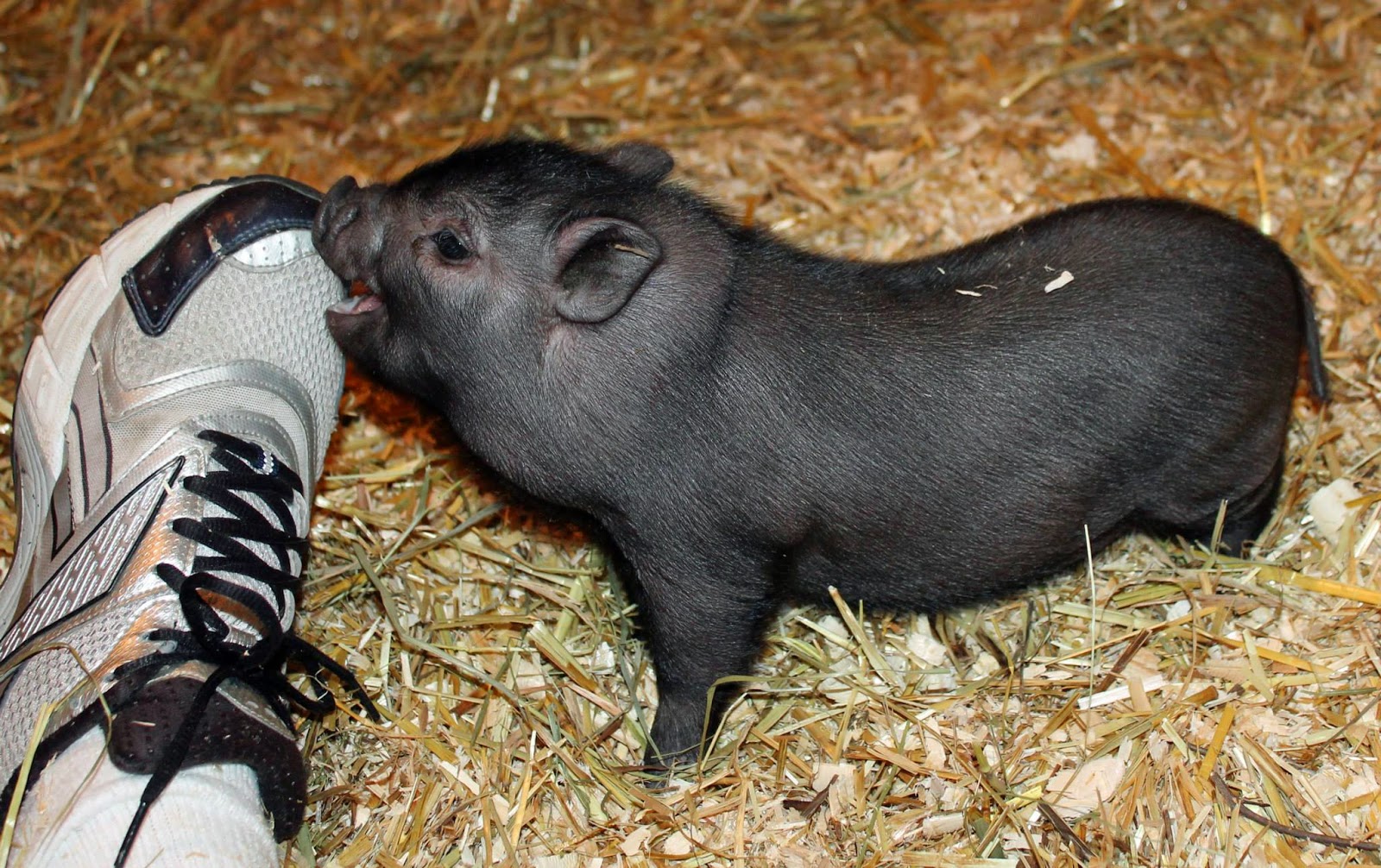 This is Dahlia, as in Black Dahlia. :) I don't intend for her to meet the same end as her namesake. 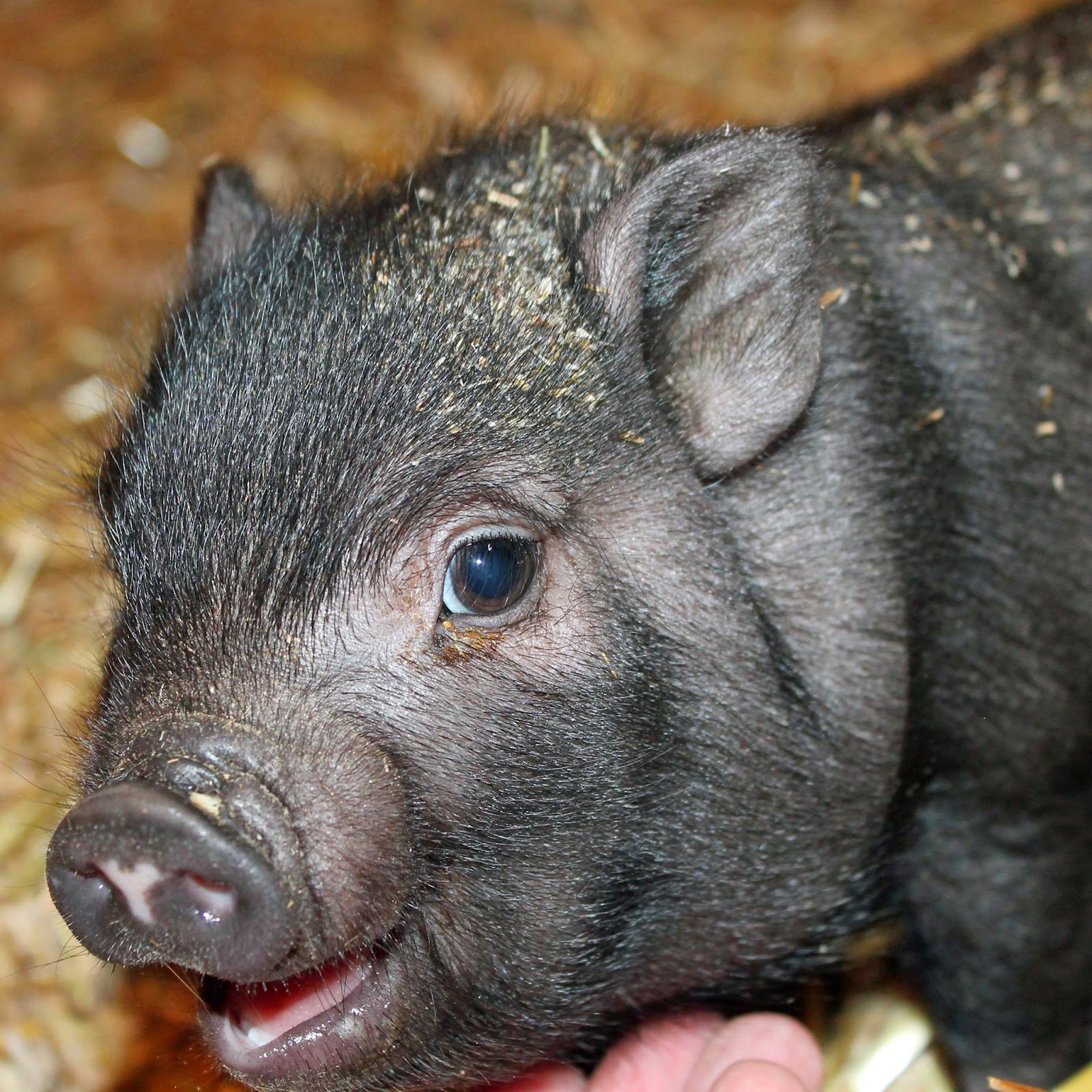 She has a lttle pink heart on her nose! 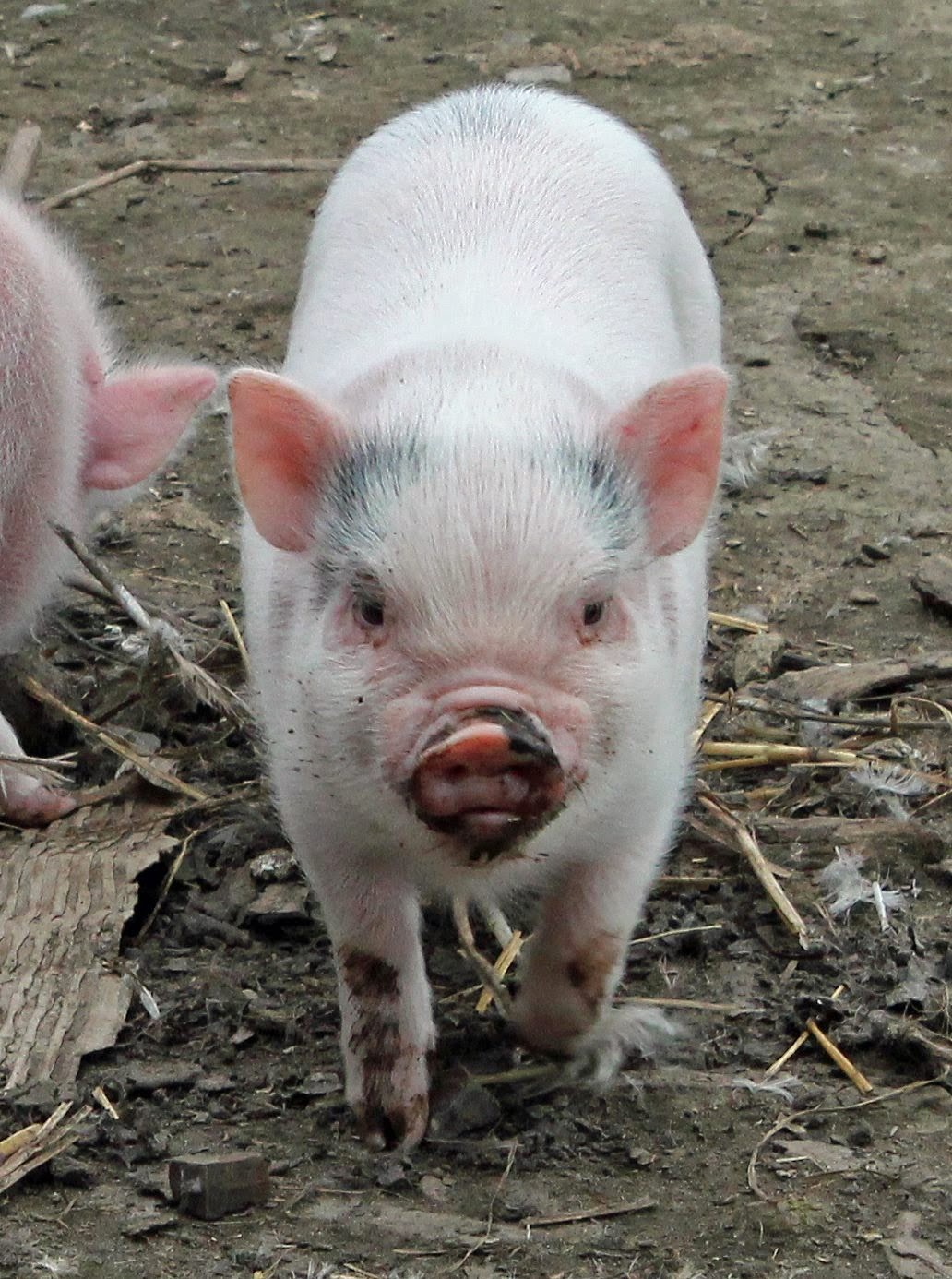 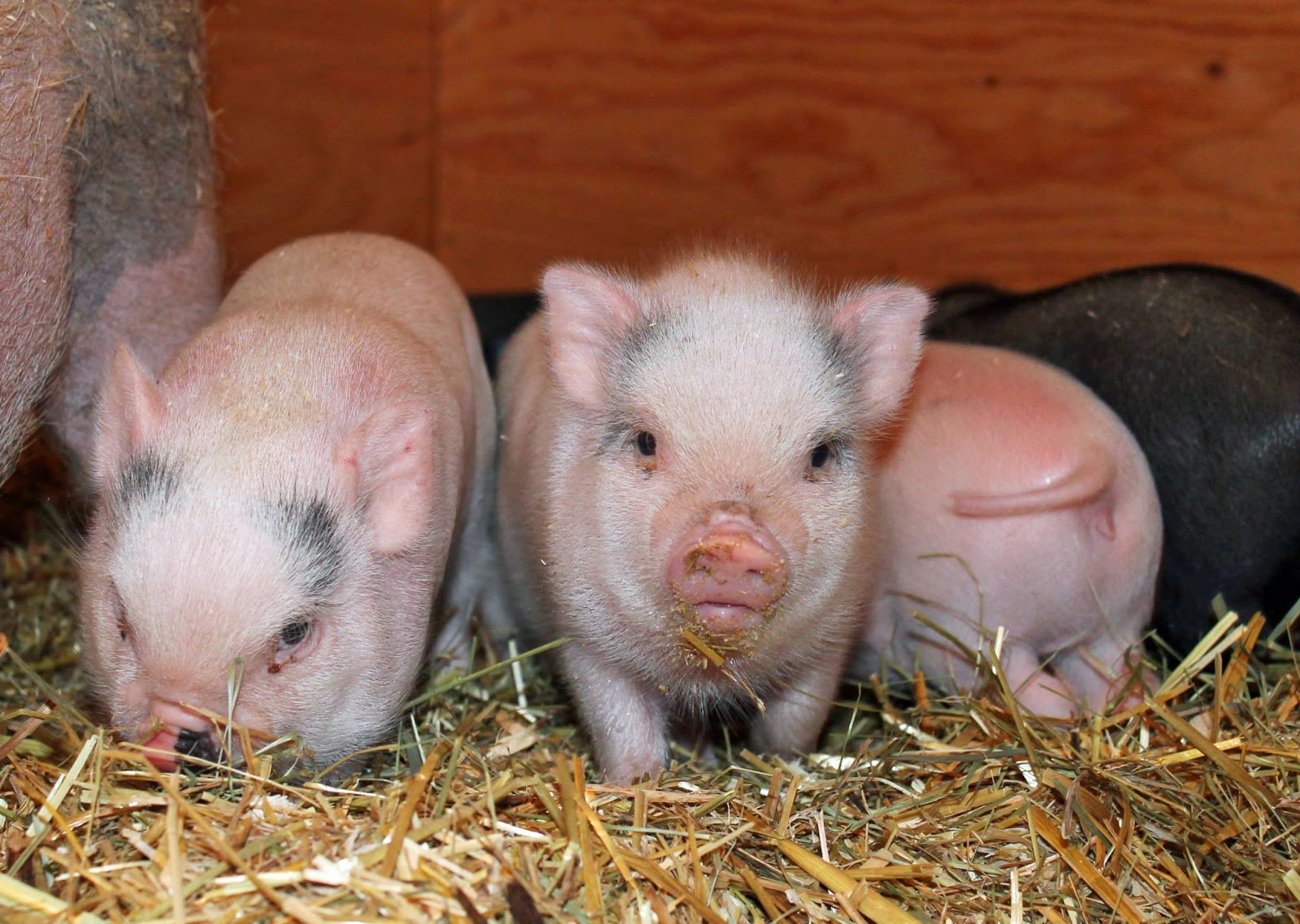 Olivia, then Miss Pink Nose, who is now named Gertrude Swine, aka Gertie. 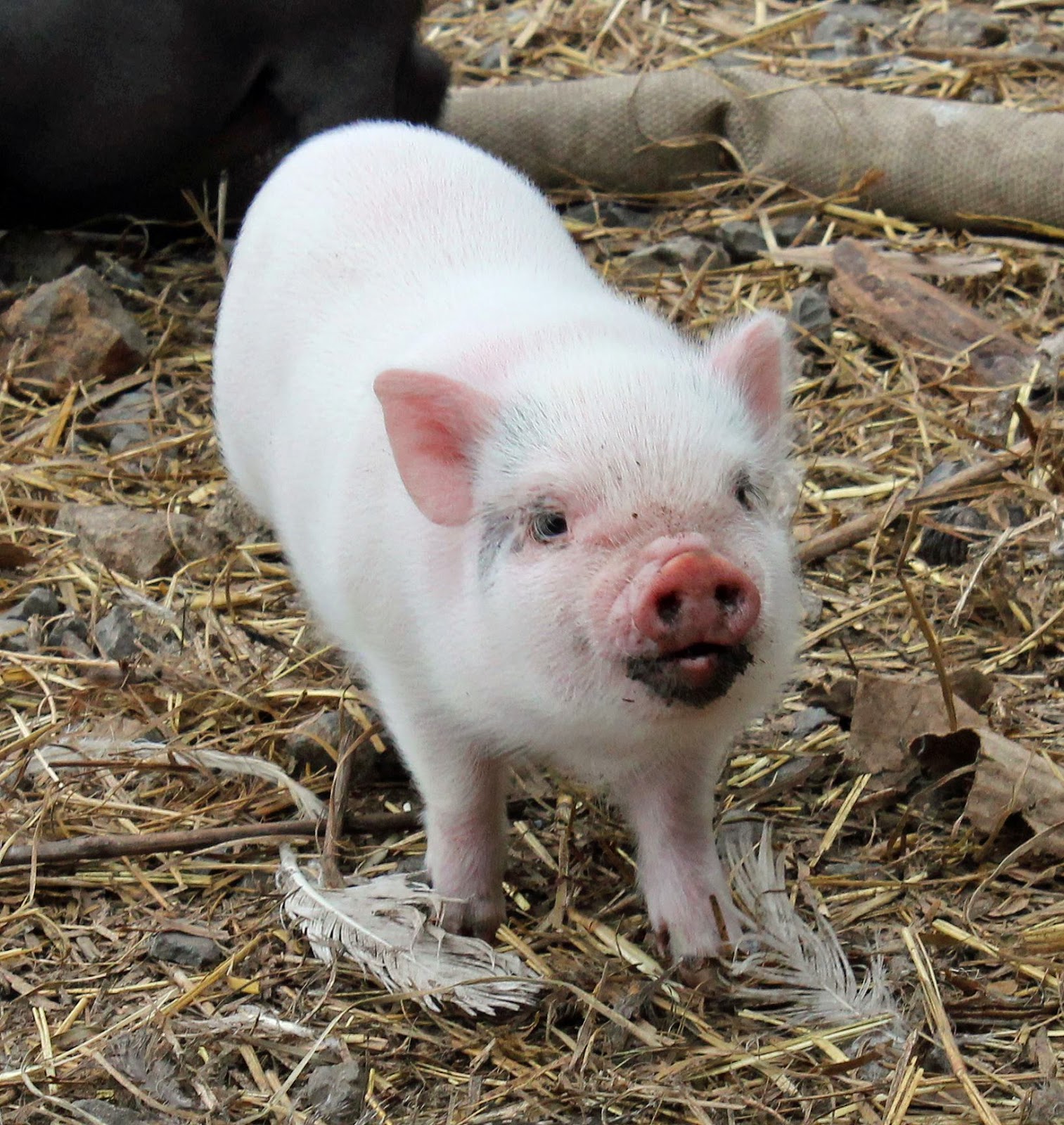 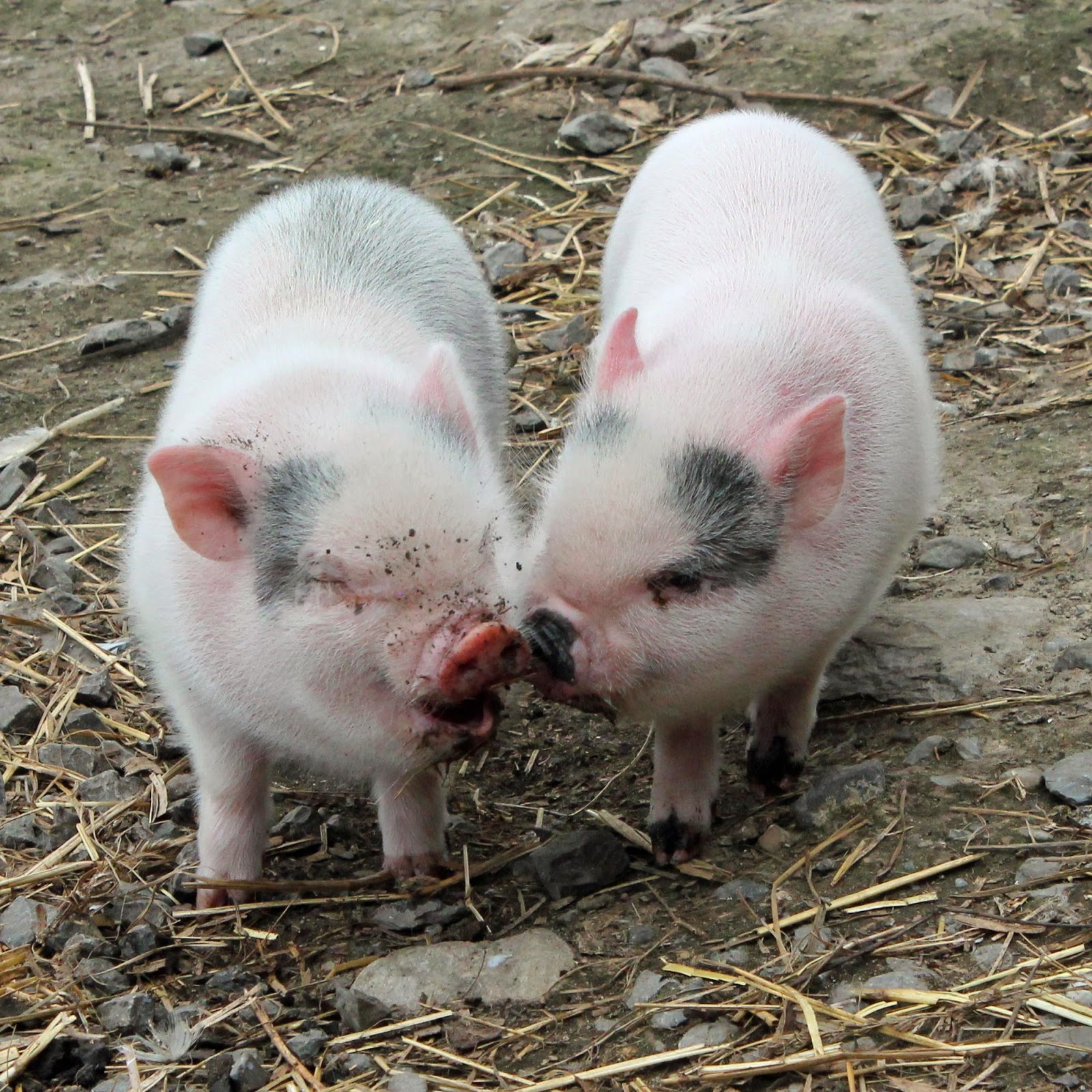 Gertie and her sister amuse themselves. 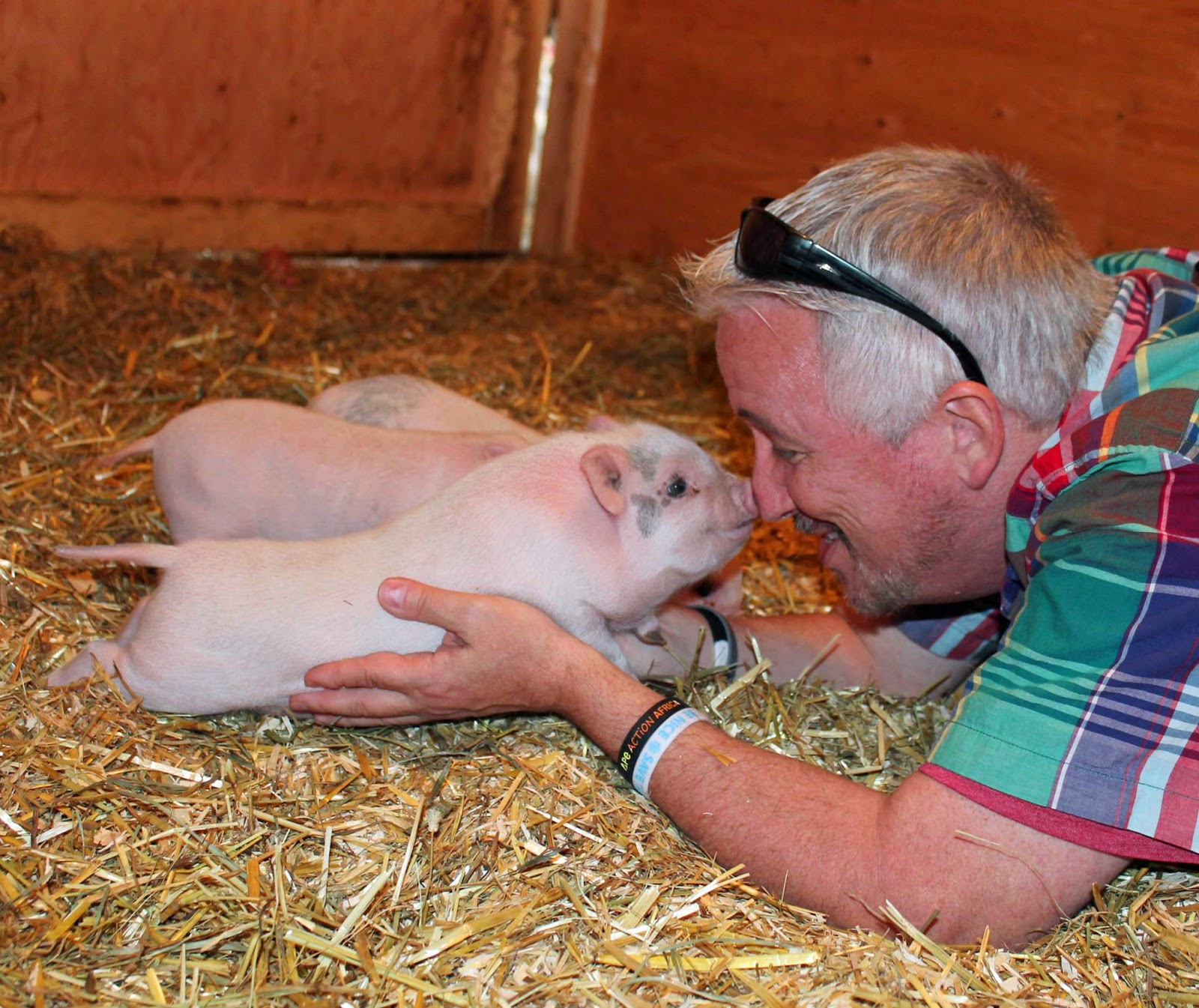 A big kiss on the nose for Uncle Steve! 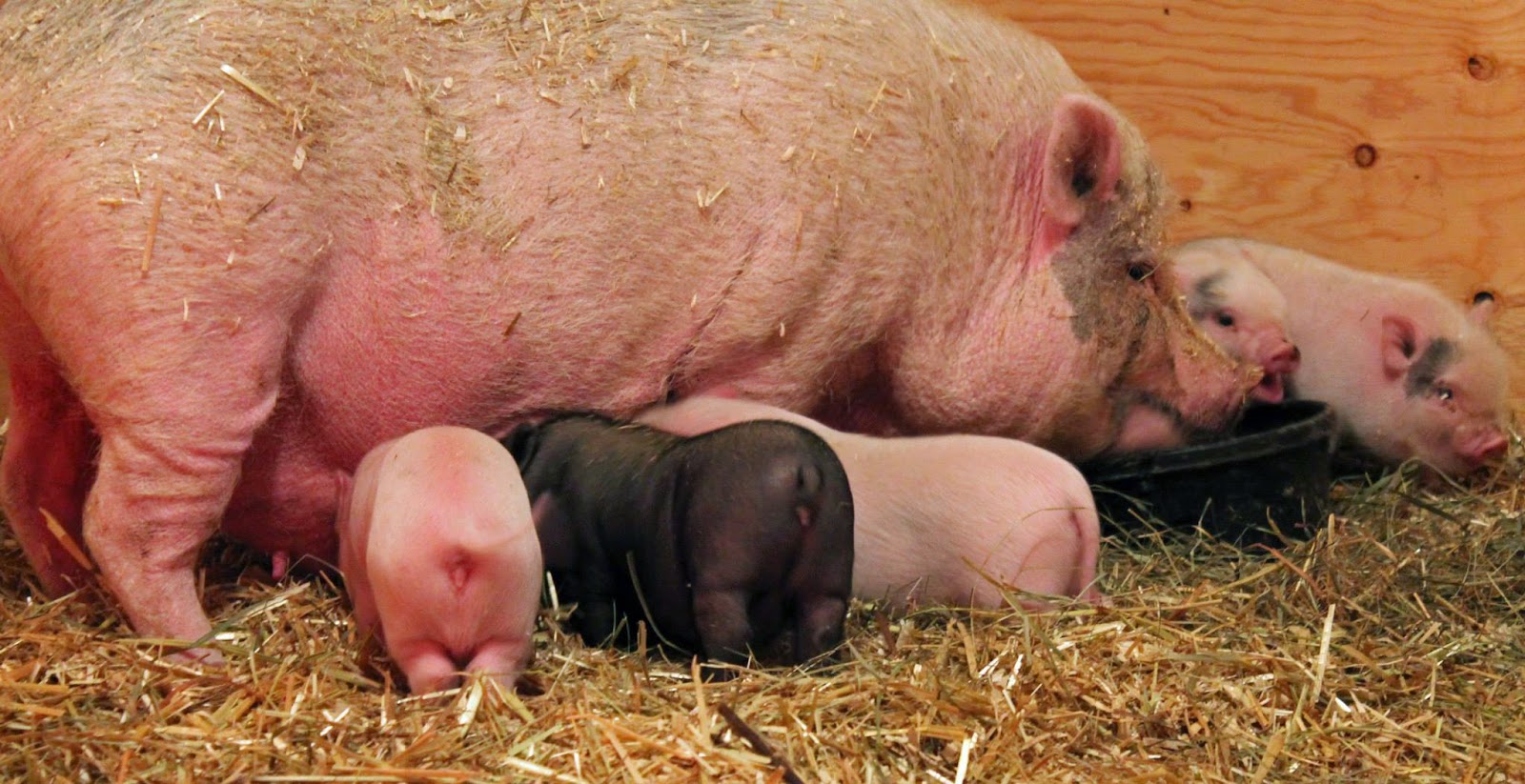 Ophelia is still nursing but the piglets are also getting some solid food now. 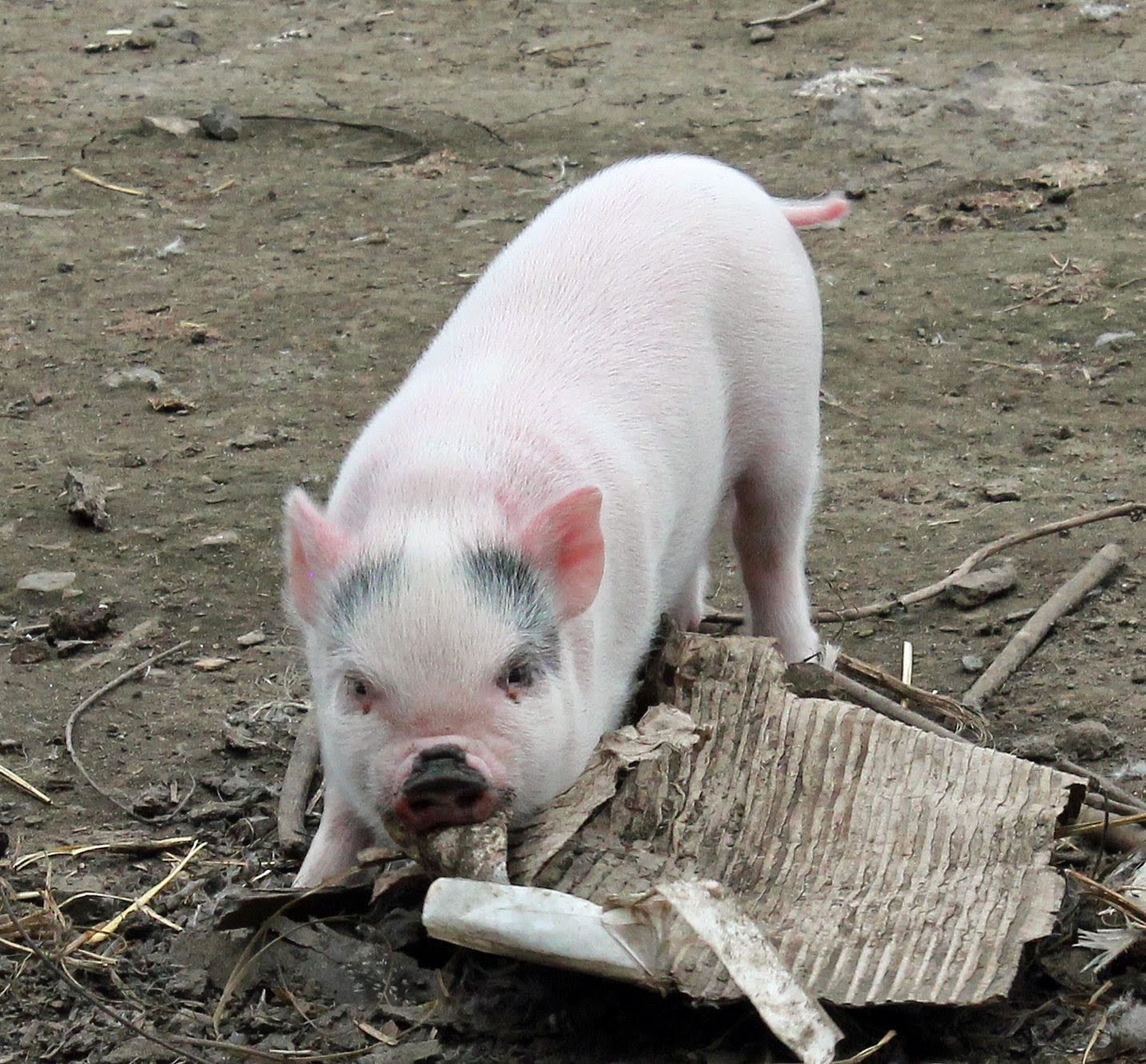 They LOVE to play with cardboard. 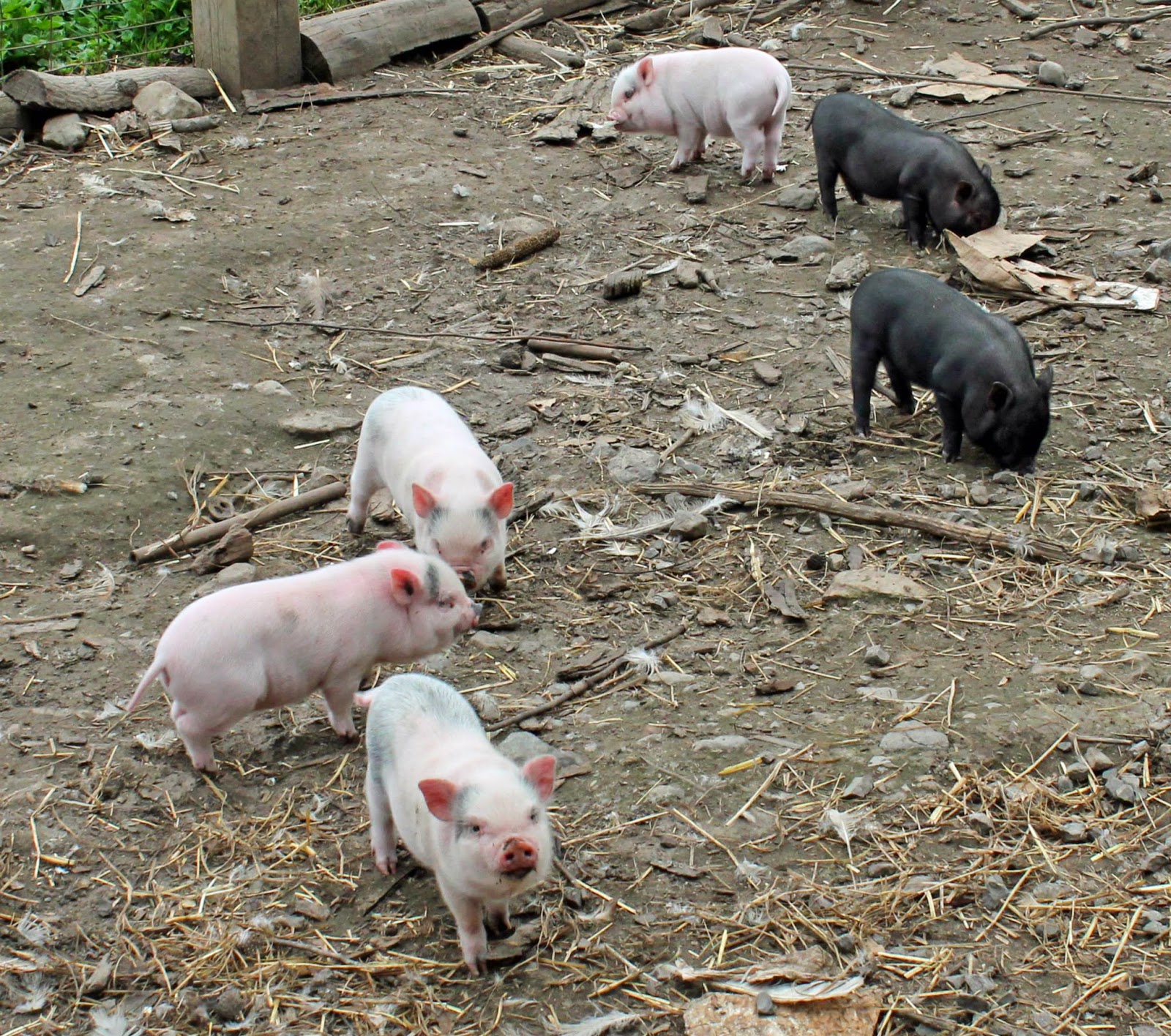 They're really enjoying the great outdoors. 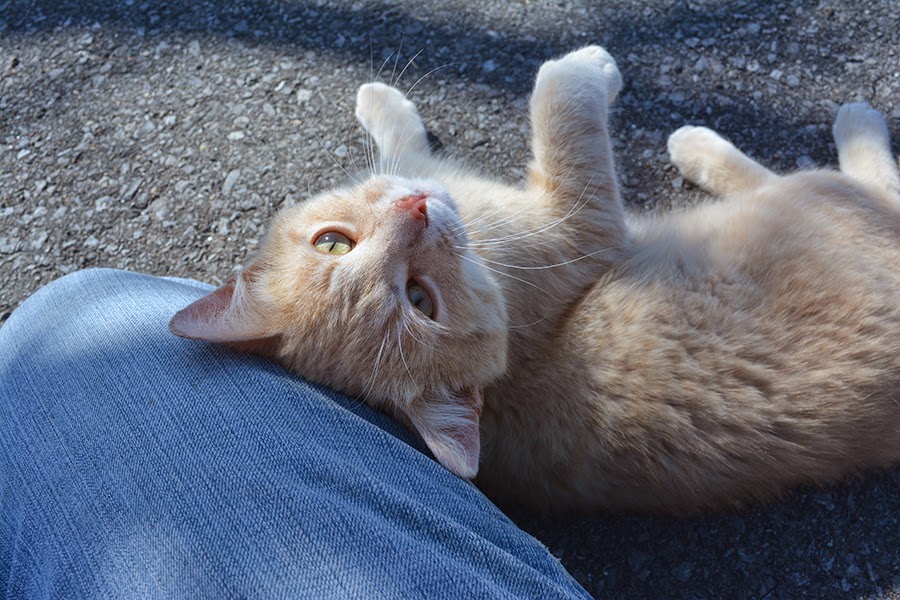 And remember Emerson? He was neutered and vaccinated on Wednesday and is doing great. Right now he's holed up in our spare bedroom. There will be gradual introductions to the rest of the household. He is such a sweet cat. The vet said he's between 6 and 8 months old, which is about what we guessed.

And for your viewing amusement, here's a video Steve took of us tormenting the turkeys. Carlton really is an ass whenever someone new shows up!