So far, so good with the new inmate... 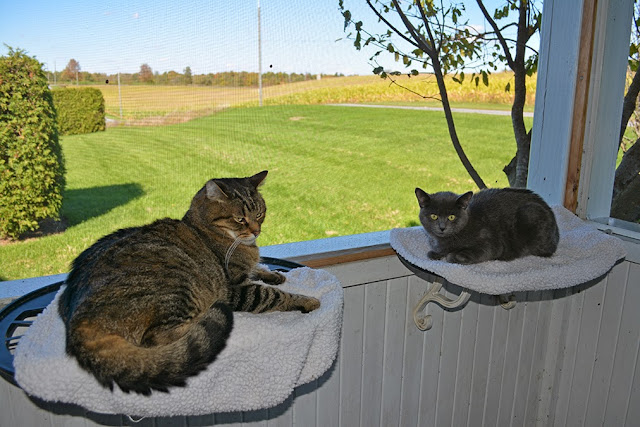 She and Alex hung out on the screened front porch for awhile this afternoon. 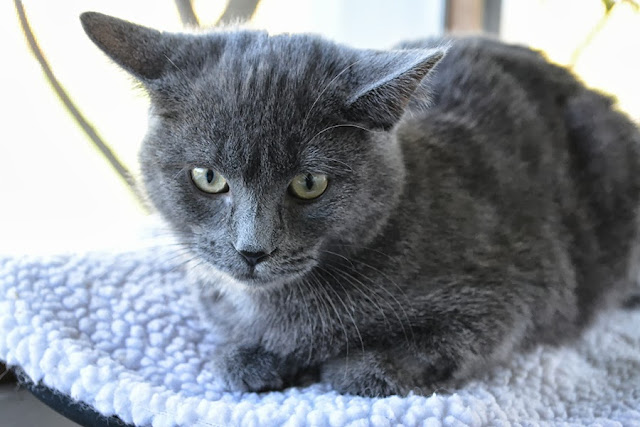 She has met all the other pets now and is doing quite well. She hisses at everyone a bit, but then she ignores them. The cats all seem interested in her but they aren't hissing or being aggressive. Naomi tried to give her a bath but Louise wasn't very impressed. 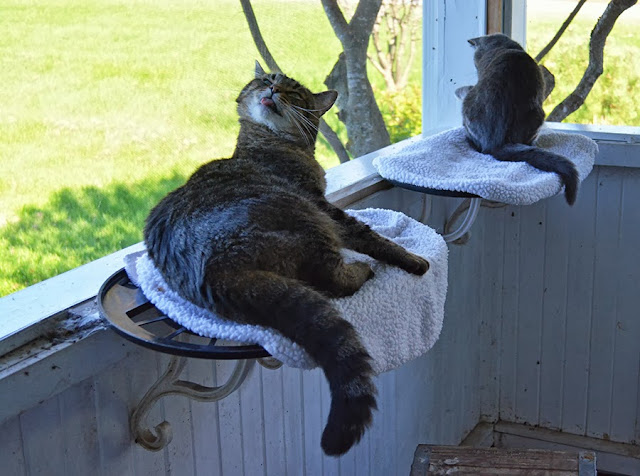 Alex is totally nonchalant. He had a bath while Louise caught ladybugs. 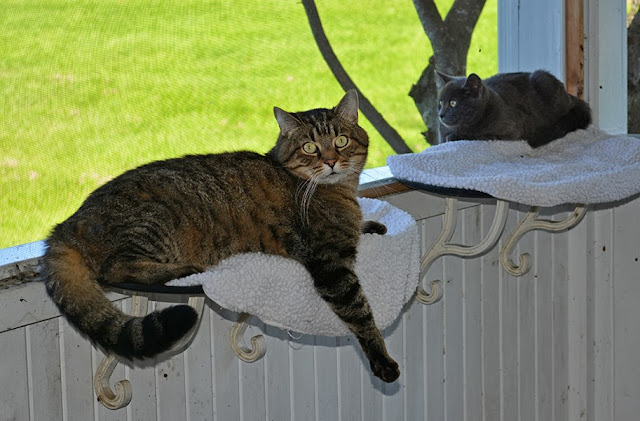 Of course right now, Louise is growling at Naomi, who is essentially ignoring her. We'll see how it goes! :) Louise is still spending most of her time in the spare bedroom but today we started letting her get to know the others.