Last Sunday, we once again participated in the Rooster Crowing Contest at the Glengarry Pioneer Museum Harvest Festival. Last year we cleaned up, with Errol Flynn and Lord Gaga taking first and second place, and me winning the human rooster crowing contest. 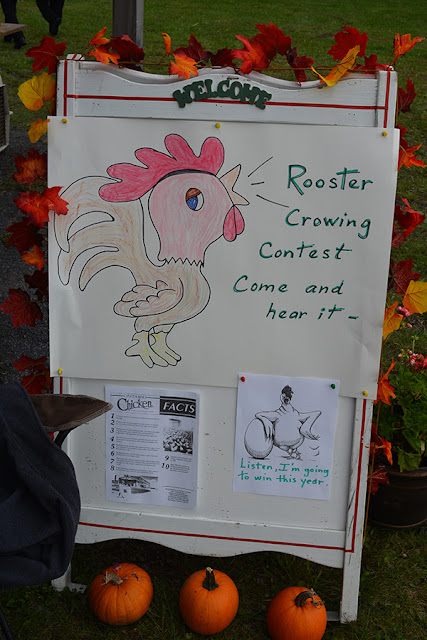 This year, not so much! We were totally shut out. Beaker crowed once in the five-minute contest. Errol managed five crows but it just wasn't enough. And me, I did my best but was beating by a grey-haired lady with one mean crow!

But a good time was had by all, and there were more roosters this year than last year! 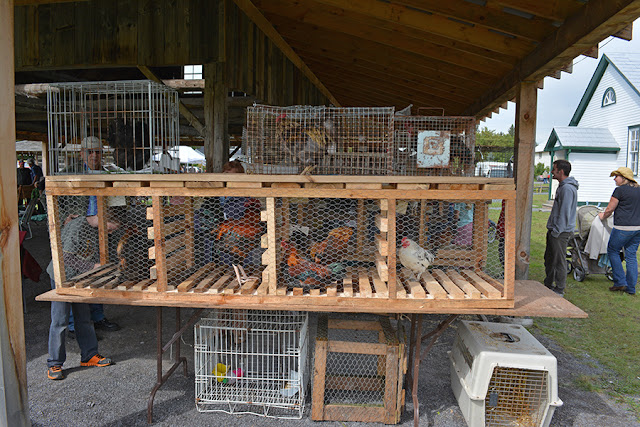 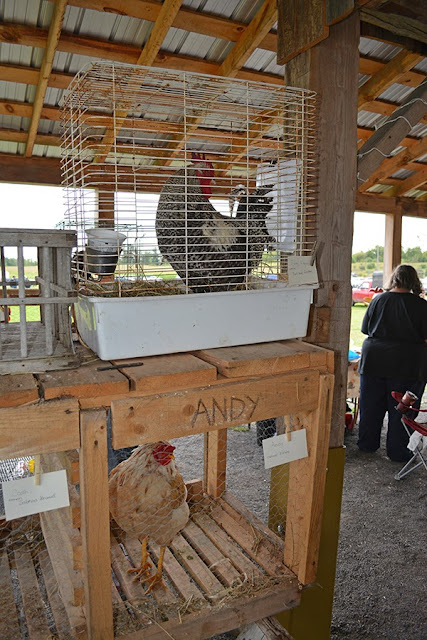 The even is held in the Williams Pavilion at the Museum... 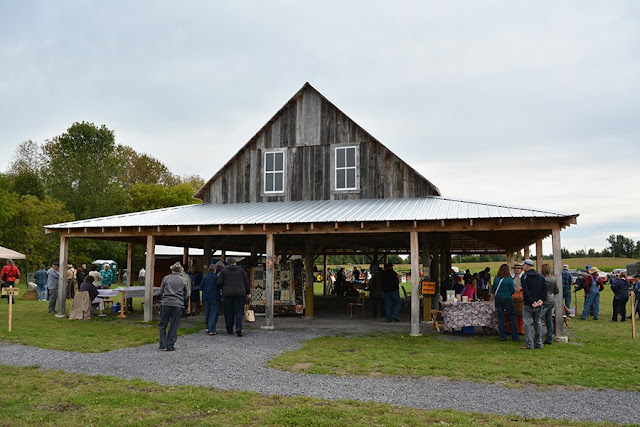 Beaker's fans were there to support him, just like last year! 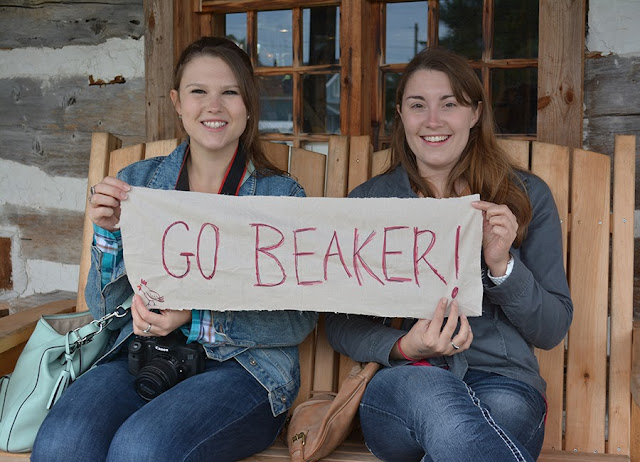 THere were some great prizes, including a chainsaw-carved rooster by Gerdine Van Woudenberg. 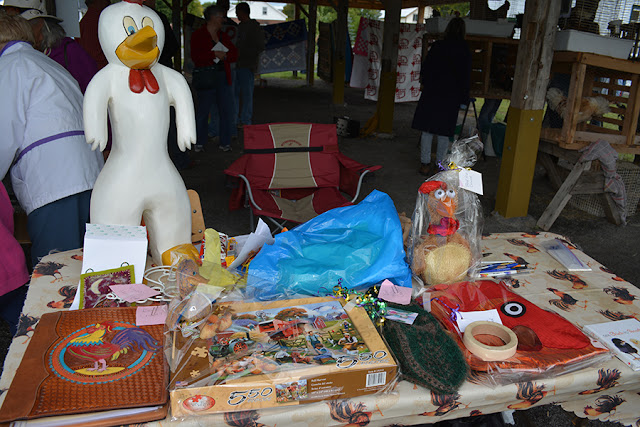 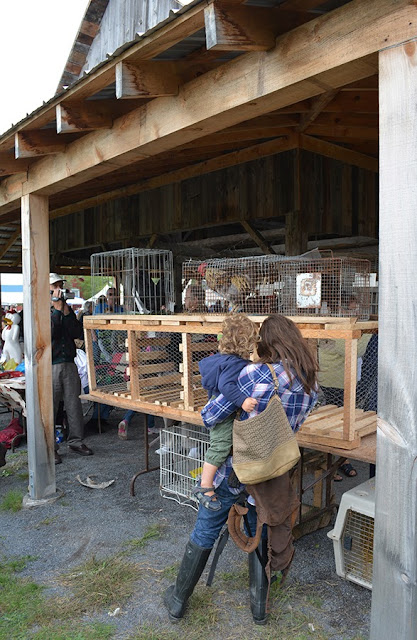 It was a great event for young and old alike! 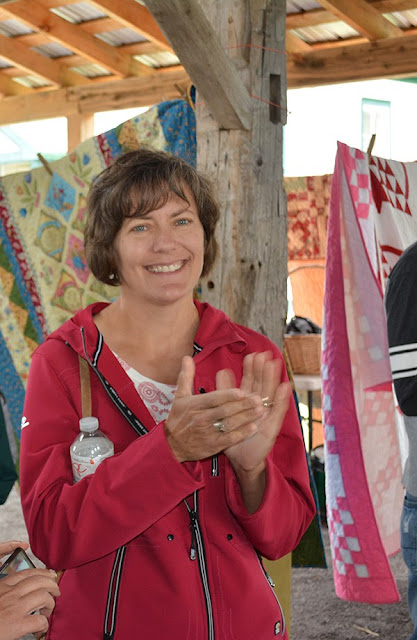 I clapped for all the participants! 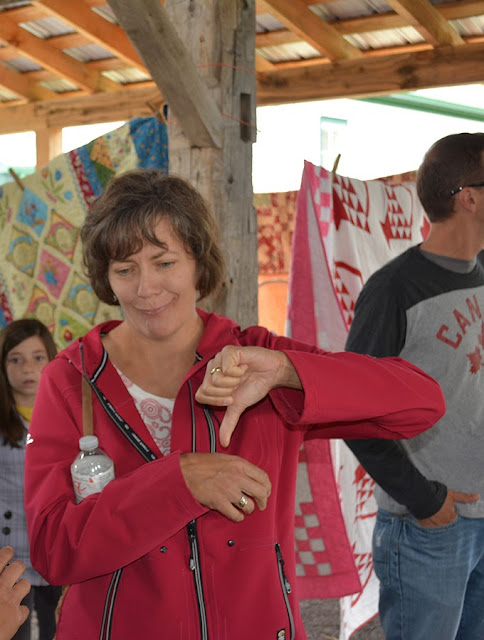 And apparently was not impressed by something! Hahahaha! I cannot for the life of me remember what this was about, but Gordon caught it on film. 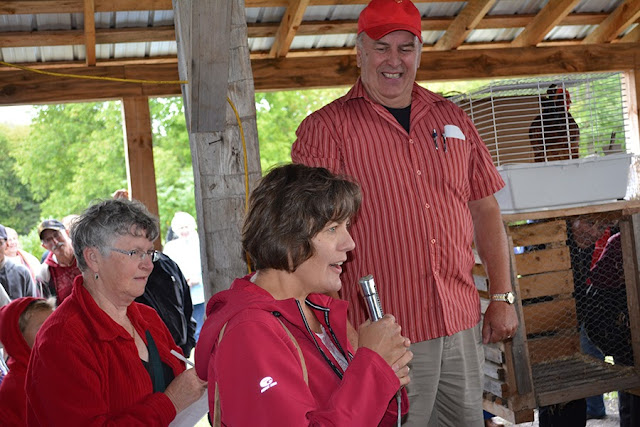 And here's my big moment! I gave it the good old college try. 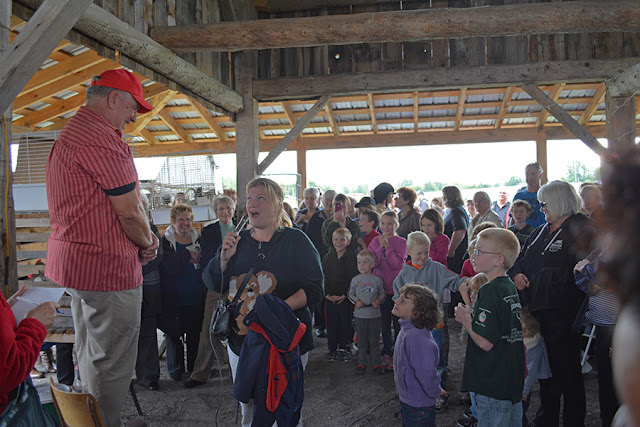 The ladies were WAY braver about crowing than the men. This year they had categories for men, women and kids. Men are apparently total wimps and mostly had to be dragged kicking and screaming to the microphone. 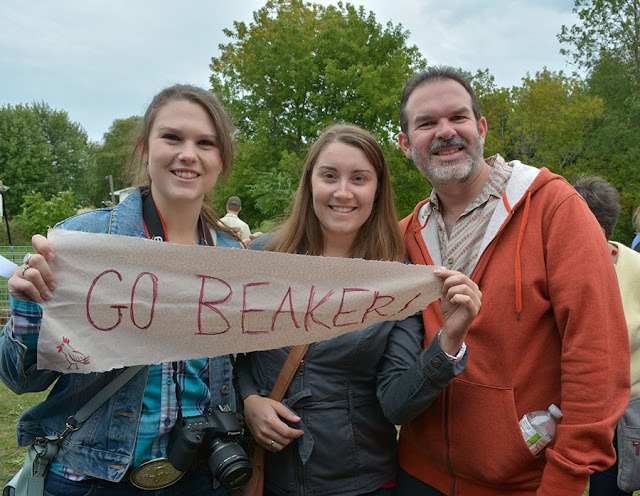 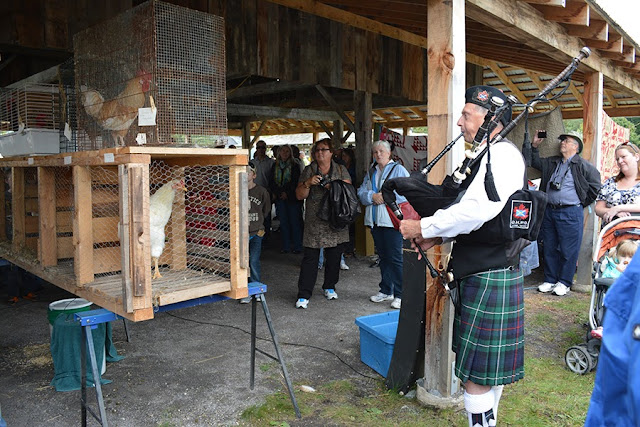 To get the contest started, a piper serenaded the roosters, which really got them going! 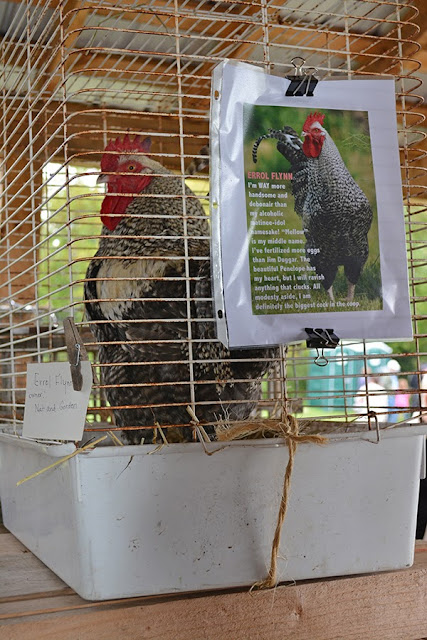 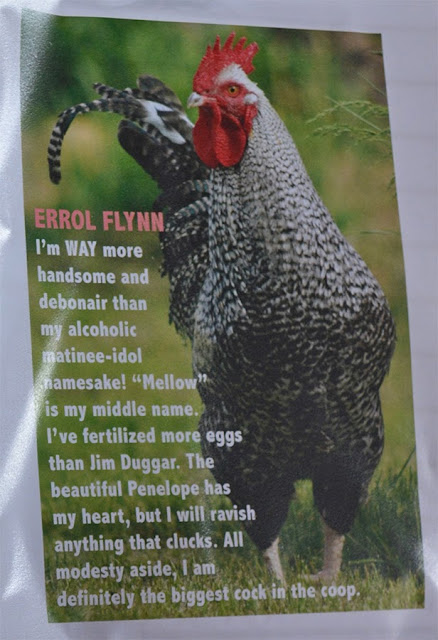 Okay, a tad rude. But I noticed several people taking photos of it! :)

And there were lots of other things to do at the festival... 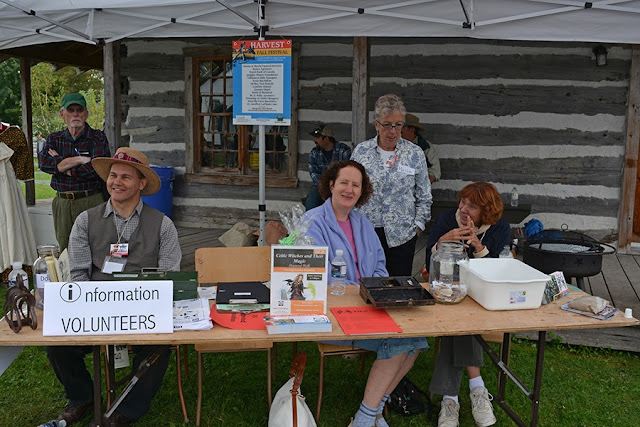 There's my friend Ronna, sitting pretty while she volunteers at the admission desk. 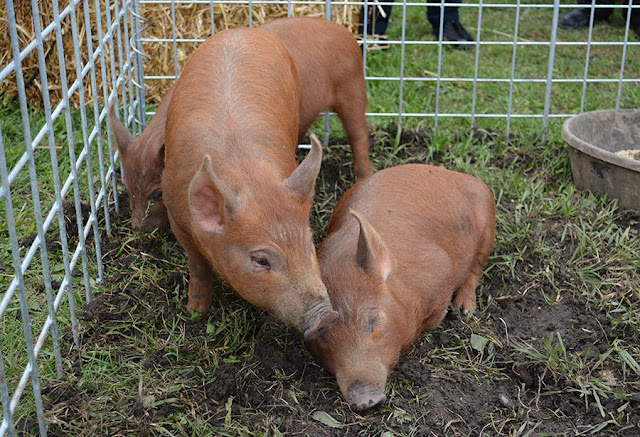 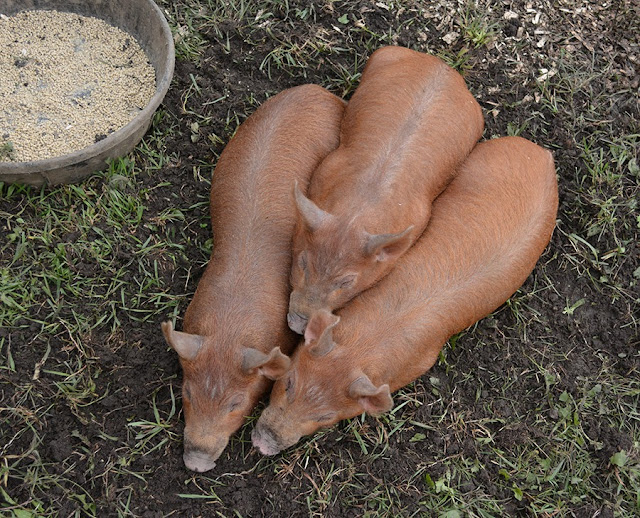 And the Twistle Guild of Glengarry was there, demonstrating spinning and weaving techniques. I brought a drop-spindle kit to try out! 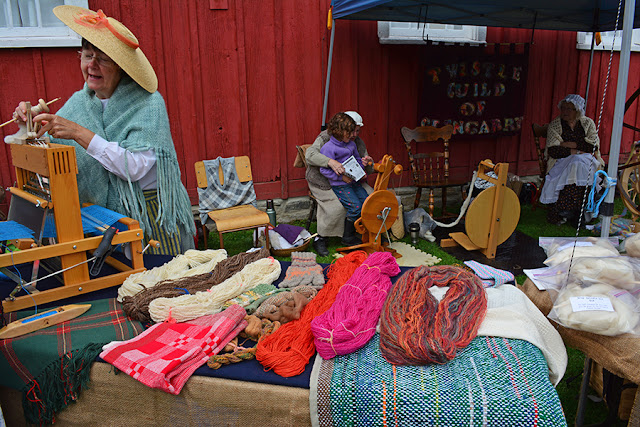 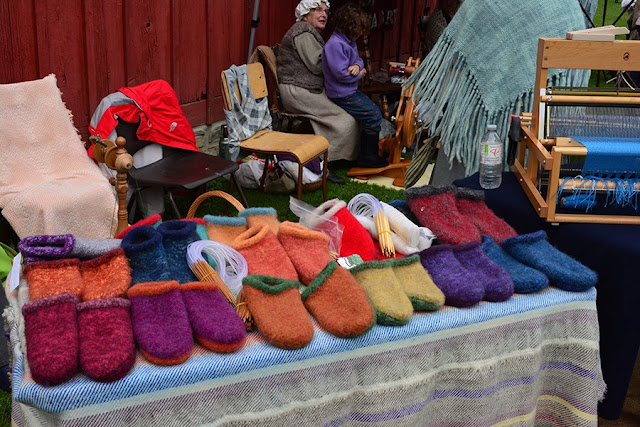 And the Quigley Highlanders did a great job, as per usual. 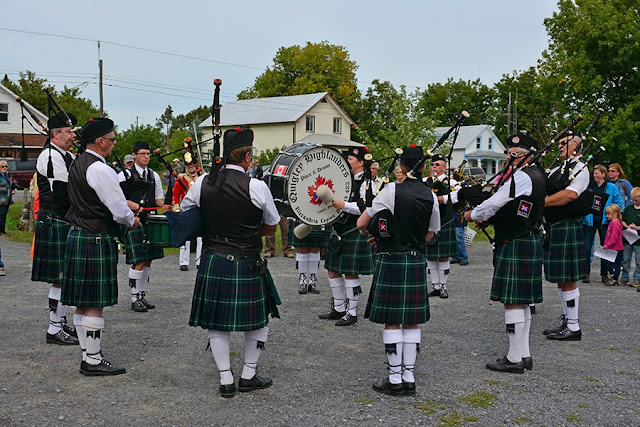 Next up, photos from the horse parade!