Nom-noms and a cutie-pie

Today we went to Penny's Market, a farmers' market at exit 35 on highway 417. It's open Saturday from 9 to 1 and Tuesdays from 12 - 4. If you're in the Ottawa or Montreal or Cornwall area, you should check it out. As growing season approaches, they're getting more goodies in every week. 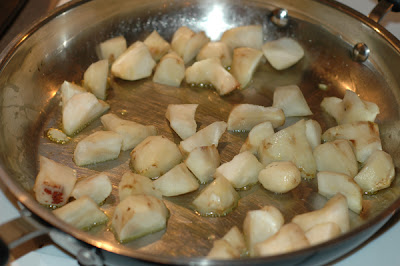 Jerusalem artichokes! I should have taken a pic before Gordon peeled them and chopped them up. They are the tuber of a variety of sunflower, and very tasty. Gordon made a Jamie Oliver recipe with them using garlic and bay leaves. They were very yummy. 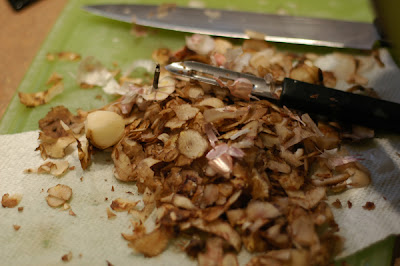 We also had Arctic char, which is my favourite fish. 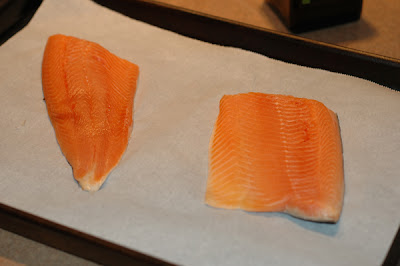 I am still using garlic from the crop I grew last year. Time to bring up some more from the basement! 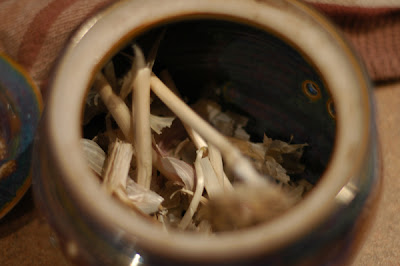 This is the lime loaf from Carolynn at Taste of Town and Country. She makes amazing baked goods, quiche, smoked salmon and more.

Some veggies are just starting to grow. They expect to have spinach and green onions at the market next week,  and maybe some lettuce. Some farmers around here get an earlier start by using polytunnels.

So that was the nom-noms. Here's the cutie-pie.Remember this, back at the start of January? 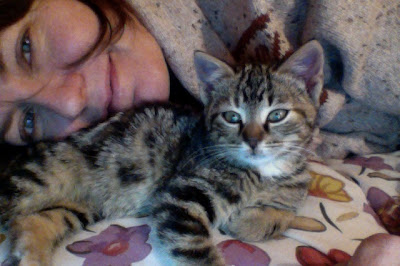 Look at her now:

Emily is 4-1/2 months old now and growing like a weed. She's long, lean and lanky. She spends a lot of time running around like she just mainlined the entire inventory of Starbucks. 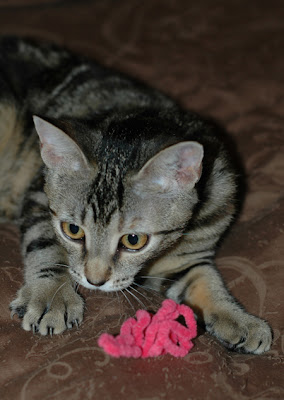 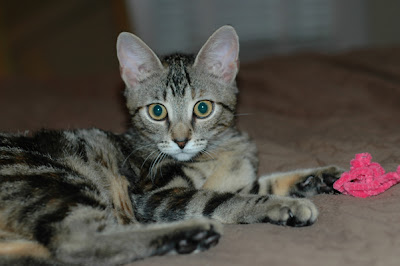 I think she could fly with those ears!

Her new favourite toy is a hard white ball of used, dried-out Kleenex. I forgot a snotty tissue in my bathrobe pocket, which went through the washer and dryer before I found it and threw in the bedroom wastebasket. Emily fished it out and has been batting it around and carrying it in her mouth like it's the most awesome prey EVER.

I don't know why I spend money on cat and dog toys and treats. Sophie spends her doggy days plotting how to steal my used Kleenex. Emily is in bliss with a nicely washed and dried one. I should get walking pneumonia more often! Not. 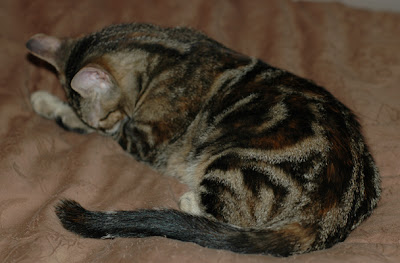 I just love her markings. And although she lost the tip of her tail to frostbite, the fur has grown in nicely and you don't notice that her tail isn't quite as pointy as it should be.

I don't know how she came to be dumped at our farm in frigid winter temperatures, a tiny six-week-old kitten, but I am so glad we found her and brought her into the family. She's happy and healthy now, and will never be alone in the cold and dark again.

And a little Mama duck update. Eugenia is healing very well after the fox attack. In a week I will take off her splint and see how she's doing. Every day she puts more weight on her injured leg! Today I opened the top of her "recuperation suite" (aka dog cage) and while I was getting her feed and water, she flew up, hung a left out the duck coop door and landed outside on the grass amongst her children.

Everybody had a joyful reunion, and Eugenia snacked on grass until her son Moishe decided to try to have his way with her. Whereupon I rescued her and put her back in her cage.

We had one male duck left to name, the big white guy. We're calling him Oedipus, since he (and his brothers) are all a little too willing to hump their mother...

And on that note, enjoy the rest of your weekend!