Took the camera down to the barn last evening... 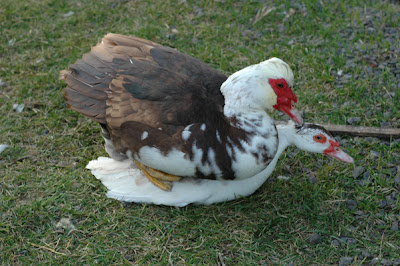 It's spring. I don't which is worse, the fact that Hannibal is trying to make babies with his sister, or the fact that I photographed the event! Any children born of this union will be used to make an omelette. 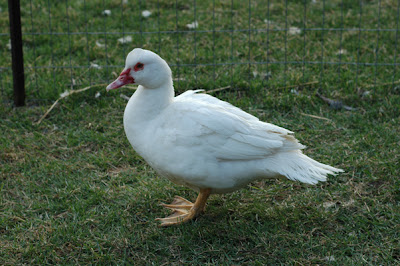 I need to name the girls. I have trouble telling the white ones apart! 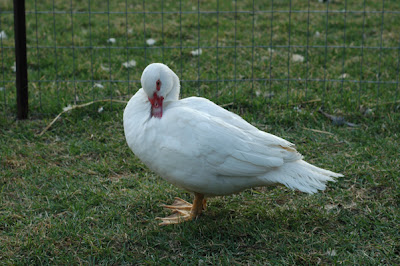 They are sweet little things. 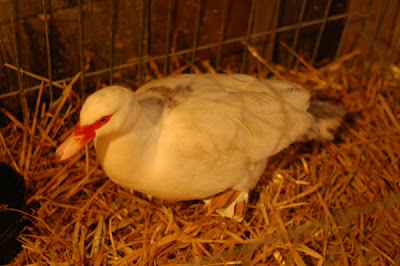 Mama duck is doing better every day. I'll take the splint off next Monday. I'm hoping it has healed okay. 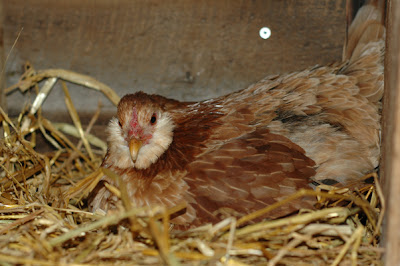 The Muff was NOT amused when I pulled aside the curtain and photographed her trying to lay an egg! "Some privacy would be nice!" 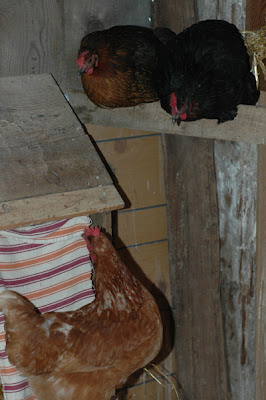 Charlotte and Henrietta aren't letting anybody up there! 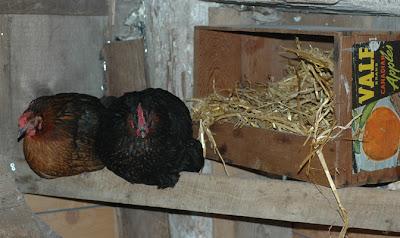 We put up another next box, an old apple crate. It was a nice old antique apple crate until Alex the cat inexplicably peed in it last year. After airing out in the barn for a year, it'll do for a nest box. Thanks, Alex. 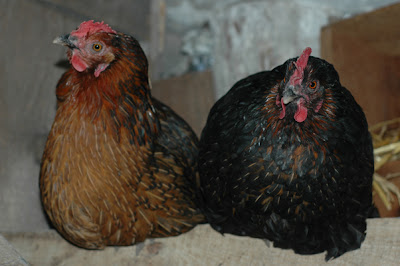 Charlotte and Henrietta hanging out. They turn three this July. Charlotte has a chronic wheeze that we've been unable to sort out, but apart from sounding like she smokes too many Marlboros, she does just fine. I treated her with antiobiotics last summer but we never really got it cleared up. 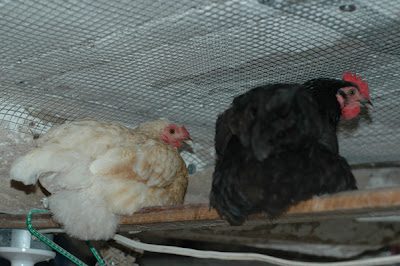 Buttercup and Tina Turner like to hang out near the ceiling. 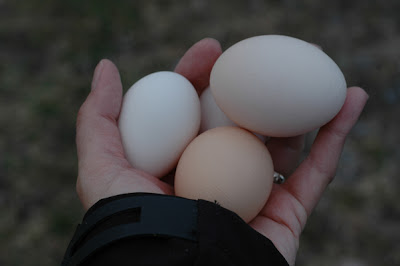 A handful of fresh eggs! 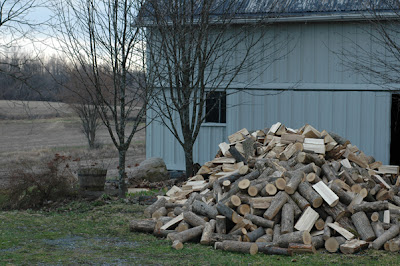 And ten cords of next year's firewood waiting to be stacked in the granary!

Speaking of my "Muff" hens, one of them disappeared four days ago. Two of our Muffs habitually fly out the gap in the top of their run and go a-wandering. They are pretty wild and wiley, so we've just let them do that and hoped they'd be safe, because they hate being penned up. (They are some kind of English gamehen.) We looked all over for the missing Muff, but no luck. I figured the fox that caught Mama duck had probably eaten the hen.

This morning she showed up in the barn, waiting at the coop door to be let back in! It is very cold and windy today, so maybe she decided she'd just had enough of the nomadic life. I wonder where the heck she spent the past four days?!?! We're just glad she came back!