Look who's coming to dinner!

I looked out the window yesterday to check on Julius in his kitty prison, I mean, palace (and yes, some of the shelves need shovelling) and I saw this: 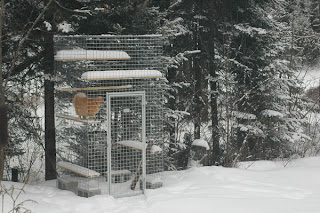 He was all excited because he saw THIS: 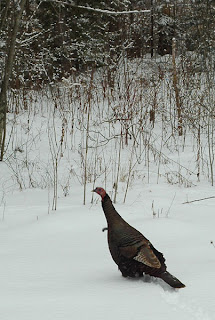 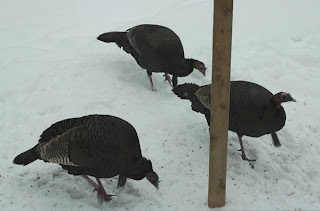 Only four of them yesterday, but they were really close to the house because they were eating the fallen seed under my birdfeeders. The guy in the middle has burrs on his chest: 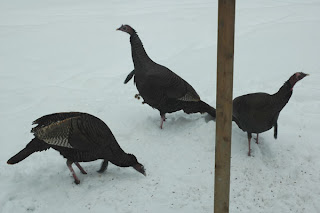 I think Julius was trying to figure out what these strange things were. Certainly they were the biggest birds he'd ever seen! Gobble gobble, baby.
Posted by Knatolee at 9:46 am