My Irish side of the family

I was looking at some old photos of mine, and decided to post some on my blog for your amusement. My Dad's side of the family is Irish, although my father grew up in Cricklewood, London during WW2, in something of an Irish ghetto.

I really like knitting but have been lax about posting any pictures of projects lately. In lieu of that, I bring to you my Dad's cousin Eileen, sometime in the 1940's I believe: 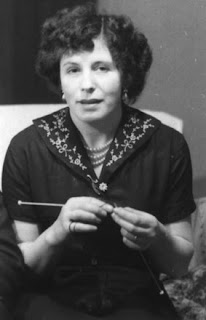 She held her needles the way I was taught to by my English mother!

Here is my Dad's brother Gerry (left), working at a grocery store in Child's Hill, London. I suspect this was taken sometime near 1950: 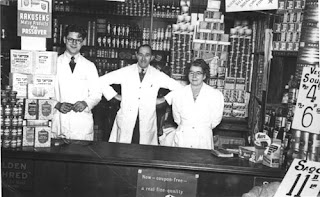 This is my great-grandfather Knox, my paternal grandmother's father. No idea when this was taken... perhaps 1910 or 1920? 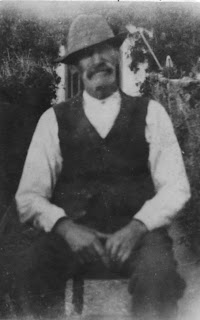 This is my Dad (far right) and his brother John (left) and some siblings and hangers-on in Cricklewood, sometime during WW2. My Dad was born in 1930. Like good Catholics, my grandparents had six (surviving) kids. My Nanny (my paternal grandmother) was one of 14, as I recall!


This is my Nanny, my two aunts, my uncle Kevin, and some guy I don't know (far left) in front of the family cottage at Tobernabrone in Ireland. My Dad told me that during the war, they would sometimes go there to get away from all the bombing in London. I call it the family hovel. It still stands and my Uncle Kevin, (I'm pretty sure he's the short kid in front) still goes to visit it. 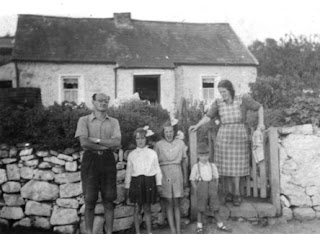 This is my Nanny with my Dad and his two sisters, Bernadette and Anne. I think it was probably taken around 1940, maybe a bit later?


Another shot of the family hovel in Tobernabrone. I intend to go there someday. 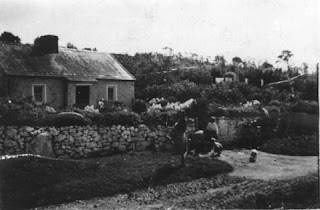 My paternal grandfather proudly displaying his firstborn, my Uncle John. This would be 1928 or 1929, I believe. 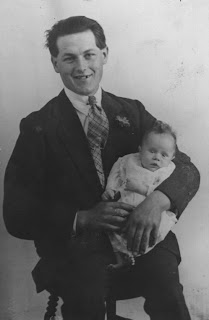 And that's your excitement for today. I thought you knitters might especially appreciate the first photo!
Posted by Knatolee at 9:29 am