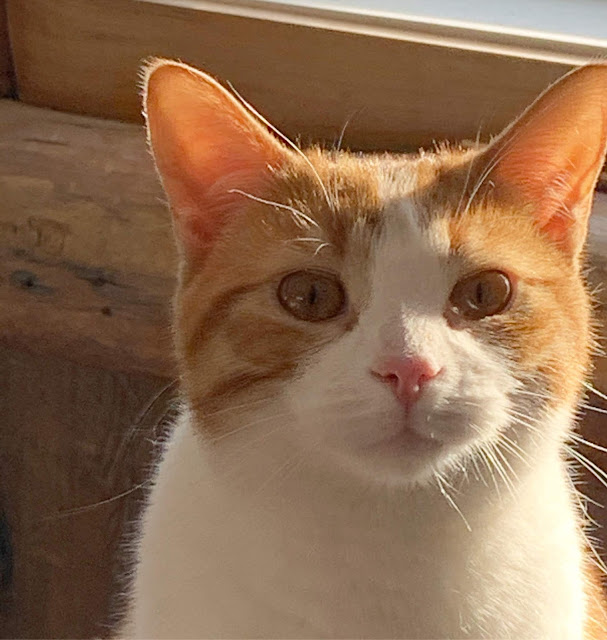 This cat is magnificent. He is 11 months old, and his former owners wanted me to take him as a barn cat because he kept peeing on their basement floor. I agreed to, but when he arrived, I decided to put him in the large cat cage I have in the granary, with pee pads and a drop sheet covering the floor, since it was cold outside and I needed to figure out a spot for him to get used to living in the barn. 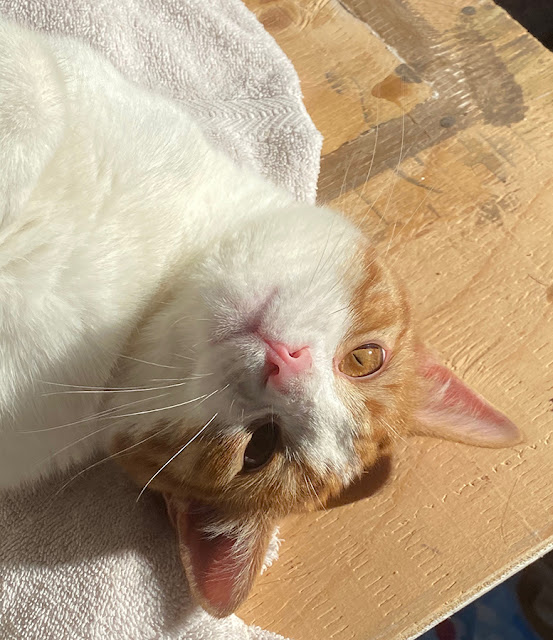 But he was good as gold about using his litter-boxes and never once peed anywhere else, so I decided to let him loose in the granary with the resident cats. And guess what? No accidents, no misbehaviour. Just a delightful young cat who got along great with the other felines.

So I decided I would not consign this youngster to life as a barn cat. I thought about adopting him out, but two things stopped me: I had promised his former owners that I would keep him, but more importantly, we adored him!

And now he has become a therapy cat... 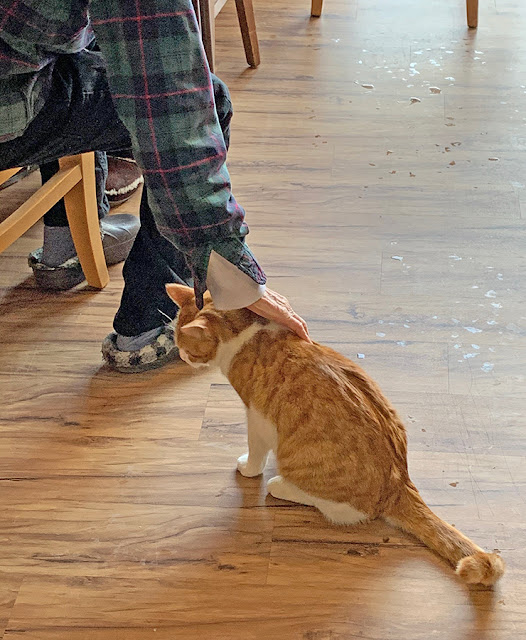 I regularly take cats and kittens to two seniors' residences in Cornwall. A couple of months ago, I decided to give Chase a try. 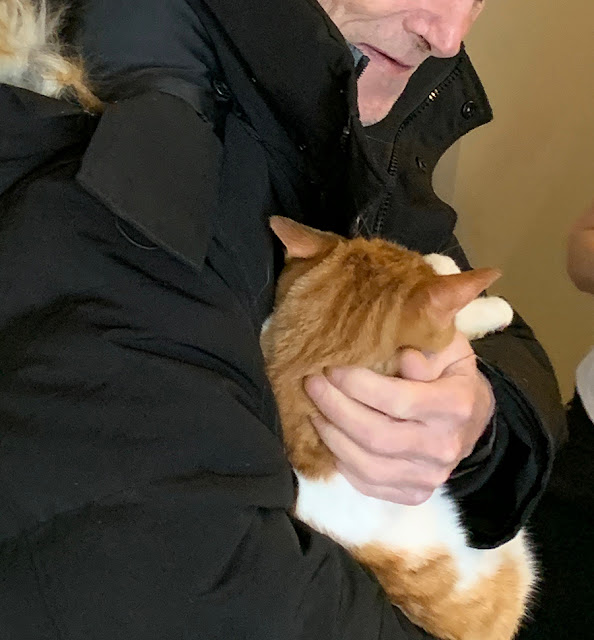 He has turned out to be an absolute star! He is so gentle and sweet, and he is just as happy to be held and cuddled as he is to play! 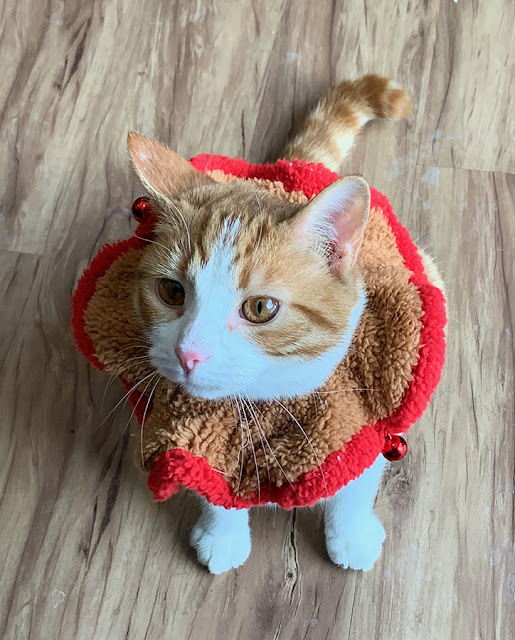 He also doesn't give a rat's ass if we dress him up in hats and neckwear... 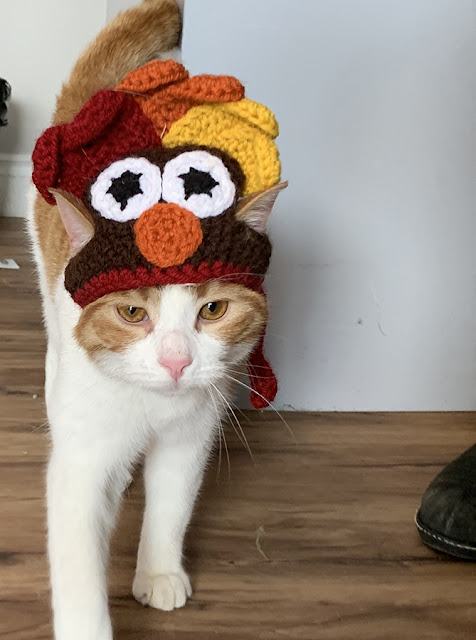 He saunters around the room wearing that turkey hat like he owns it! 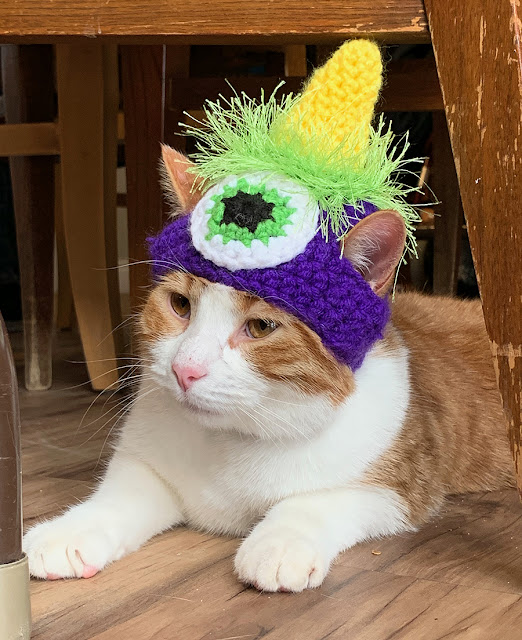 Or perhaps you're in the mood for some cyclops?

He is SUCH an amazing cat, and brings a lot of joy to the people we visit.

I'm not sure why he was having urination issues at his past home, but doesn't where at our place, but I presume that enough has changed in his family dynamic that he feels less stressed. Regardless, he has turned out to be a superb cat and I love taking him on these visits!

He also likes to supervise when I run on my treadmill... 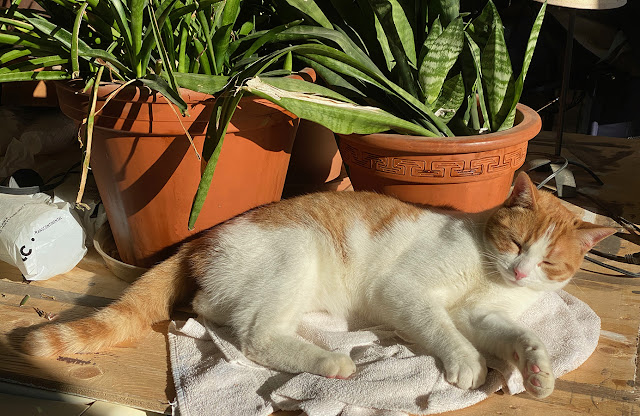 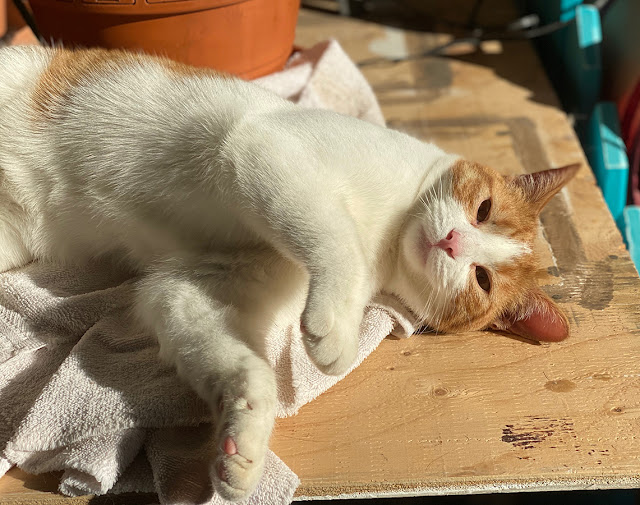 "Make sure you work off all that chocolate you ate over the holidays, mama!"

Chase is definitely a keeper!
Posted by Knatolee at 10:44 am