On a brighter note... 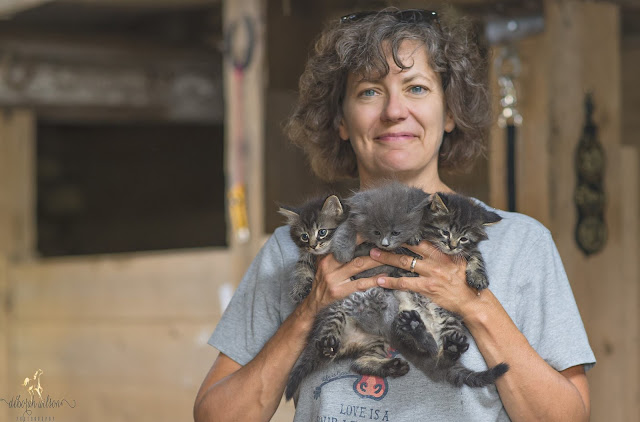 Here's a break from all the sad blog posts! I have started fostering kittens for the Stormont, Dundas & Glengarry OSPCA and also Operation Spay & Neuter in Hawkesbury, Ontario. I am only able to do this because I have some great friends and volunteers who help with the kittens, especially my amazing, cat-whisperer friend Sharron who was here almost daily for this lot... 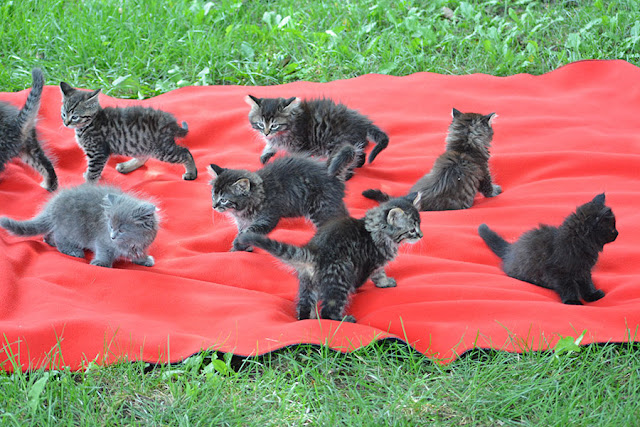 Yes, for two weeks I fostered these EIGHT kittens from one litter! And it was so much fun. I got them when they were six weeks old. I sent them back to the shelter last week and they have ALL been adopted! 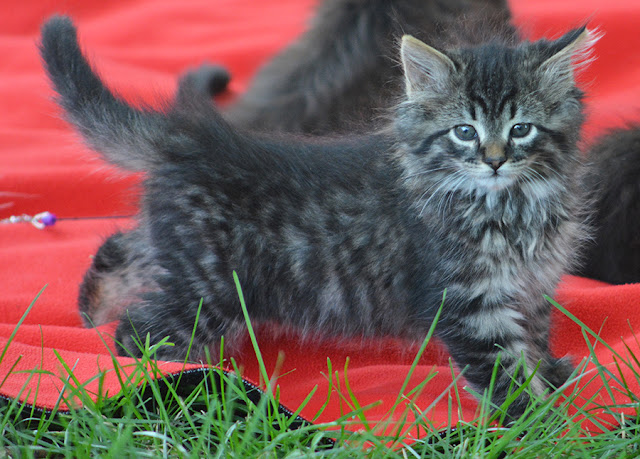 I'm pretty sure they were the most well-socialized kittens ever! 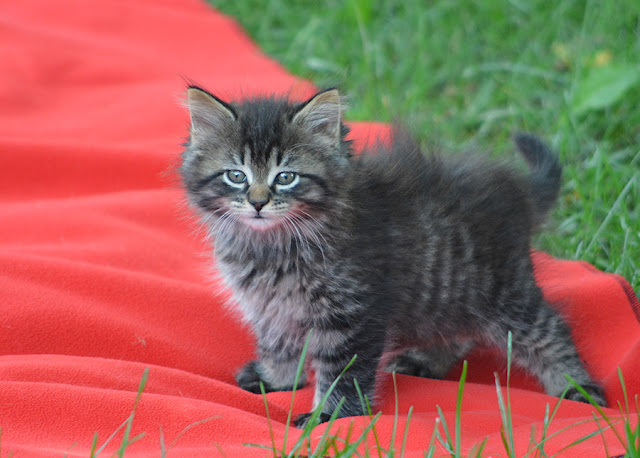 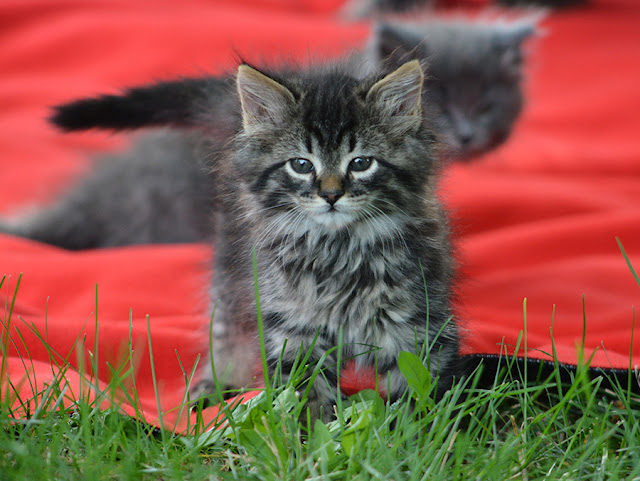 There were seven fluffy ones and one short hair. Six tabbies, and one grey and one black. Four girls an four boys. :) 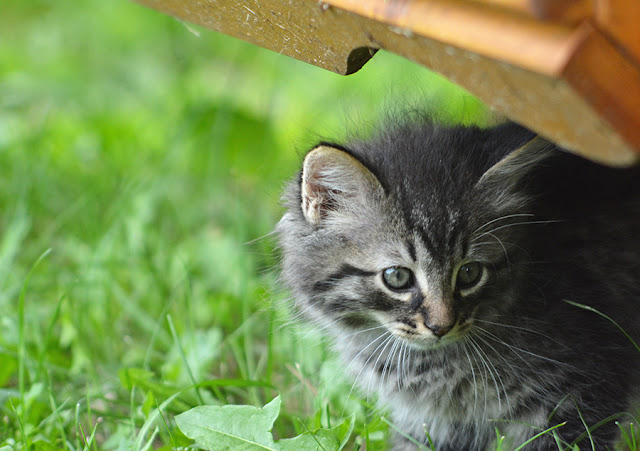 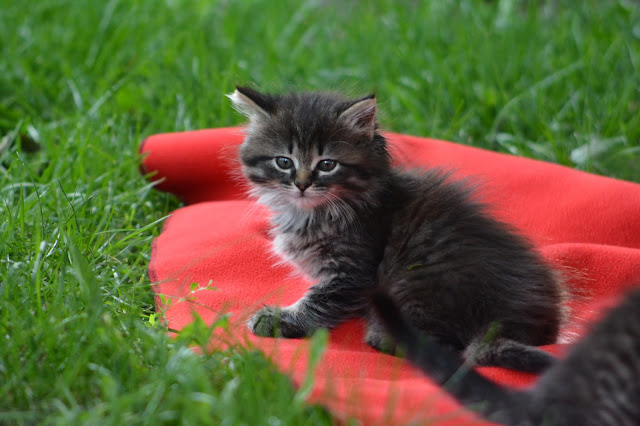 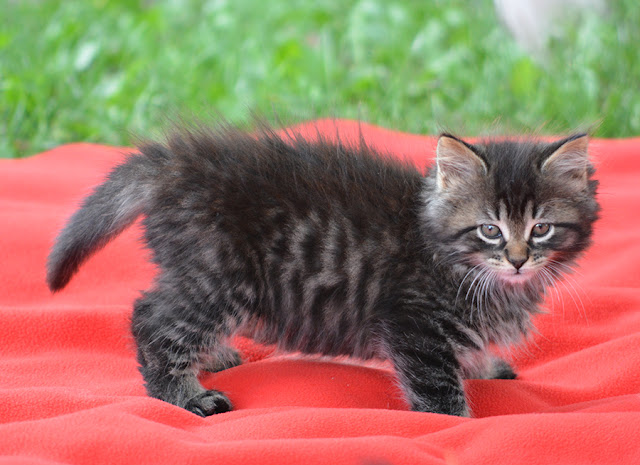 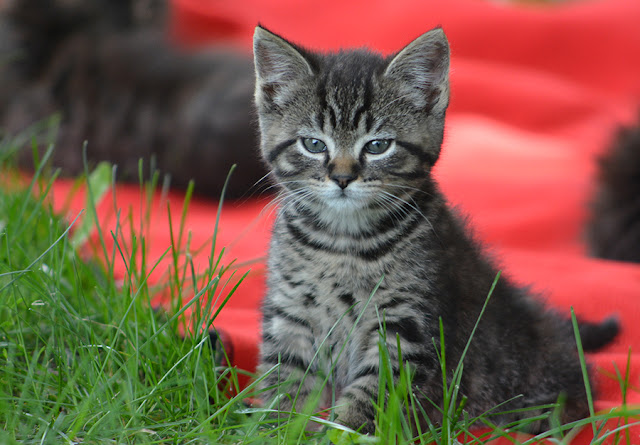 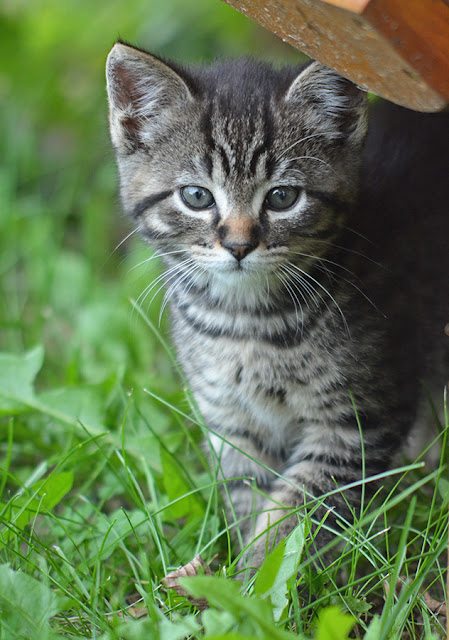 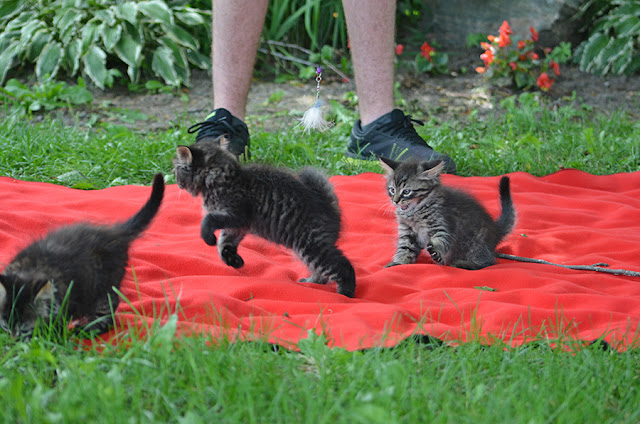 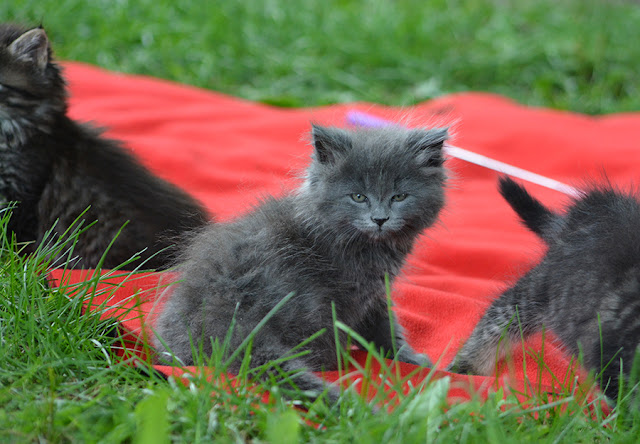 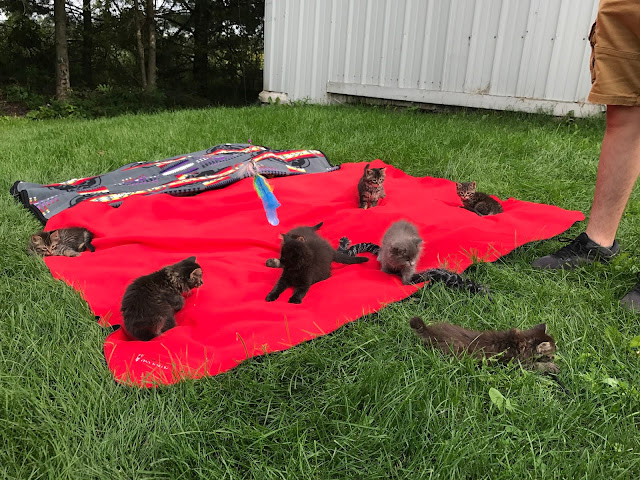 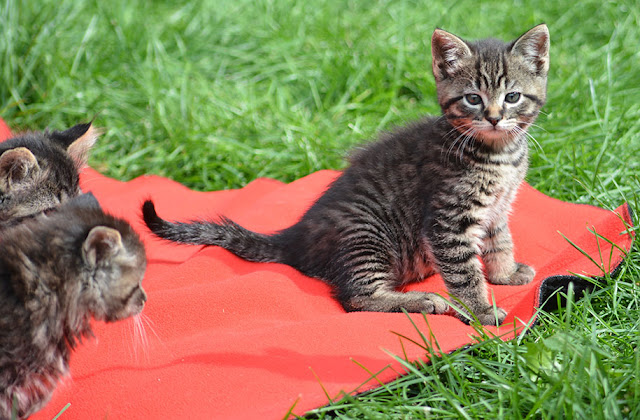 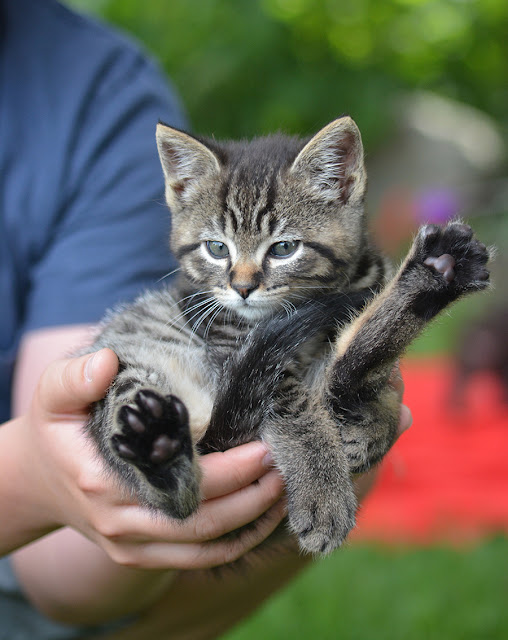 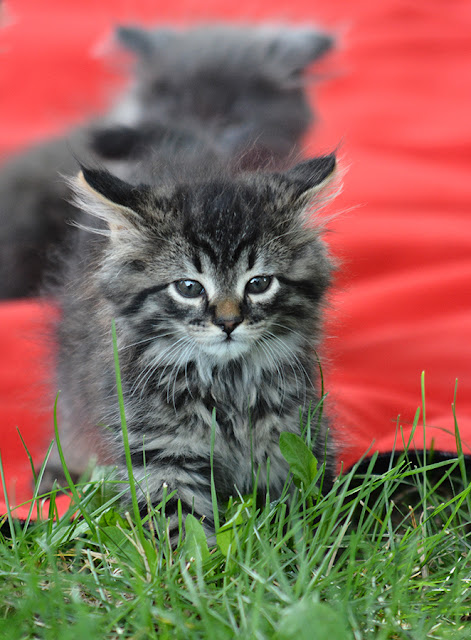 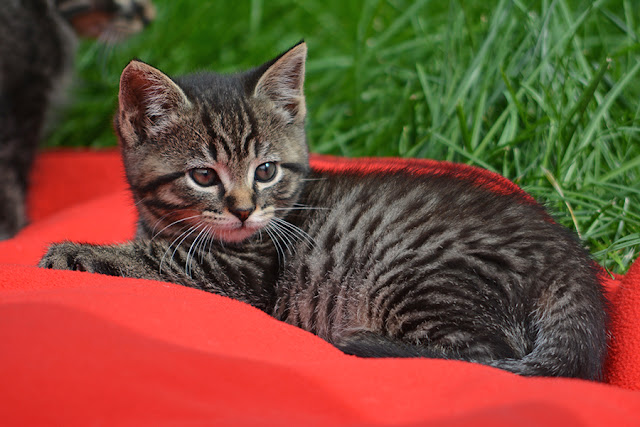 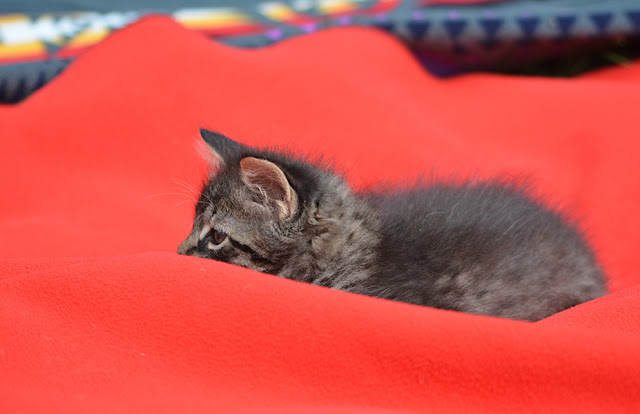 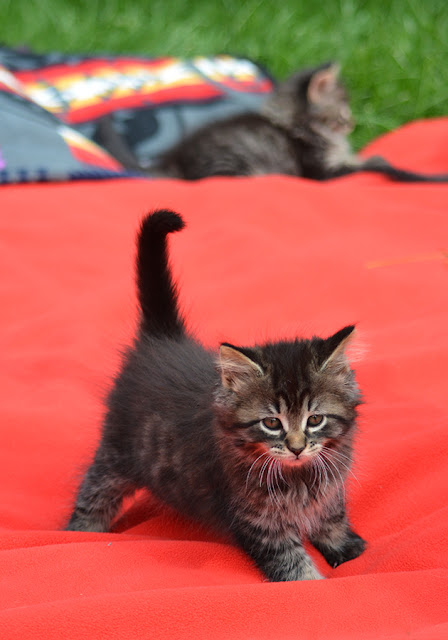 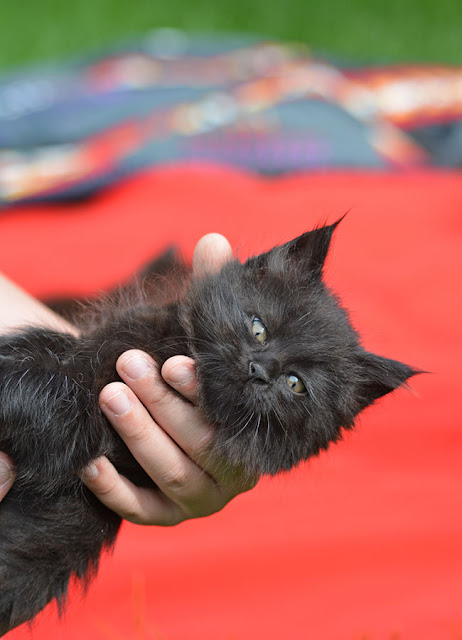 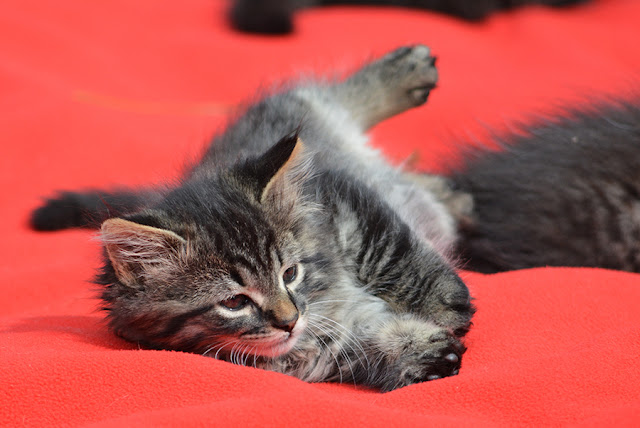 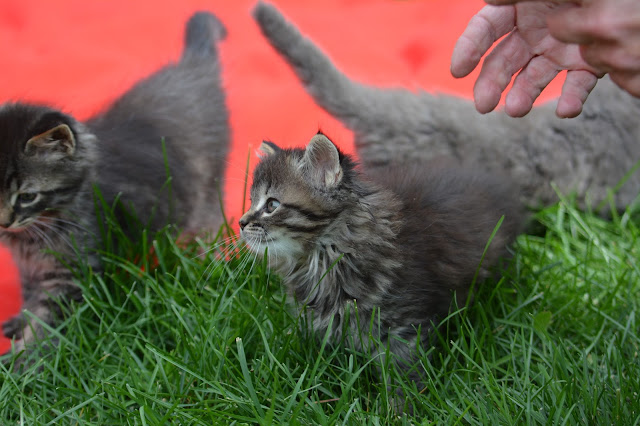 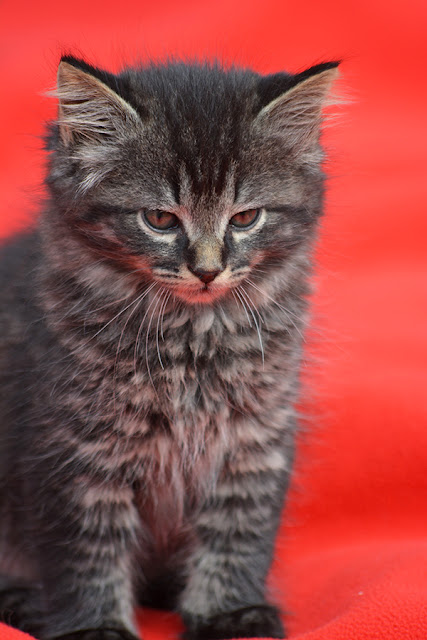 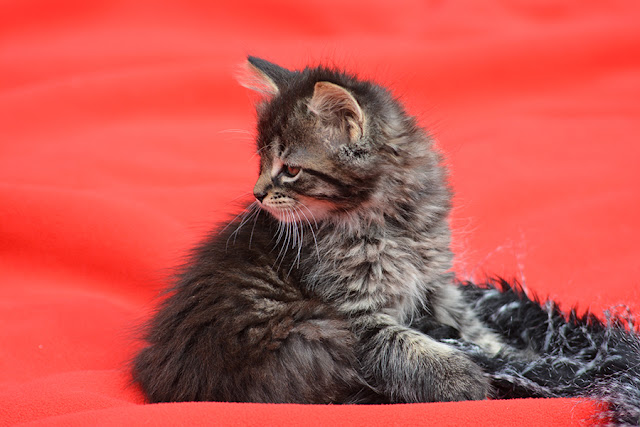 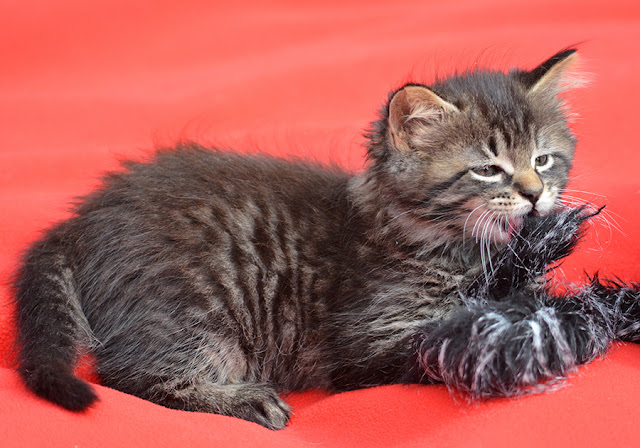 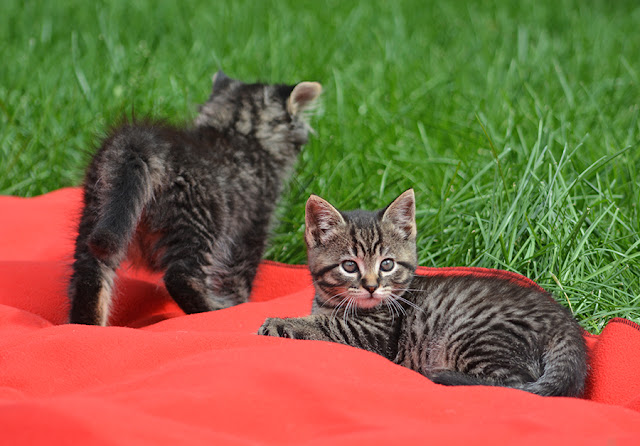 It was so much fun, I am doing it again... right now I have a mama cat and her three week-old babies, and I also just took in a mama and her six 3-1/2-month old babies! But more on that later.... you can only take so many adorable kitten photos in one day. :)

Certainly these little cuties are all helping bring a smile to our faces after losing Penny, and while we deal with terminally-ill Millicent (who, touch wood, is quite stable at the moment, but that could change at any time.)

Hope you are all having a nice Labo(u)r Day weekend!
Posted by Knatolee at 6:47 am