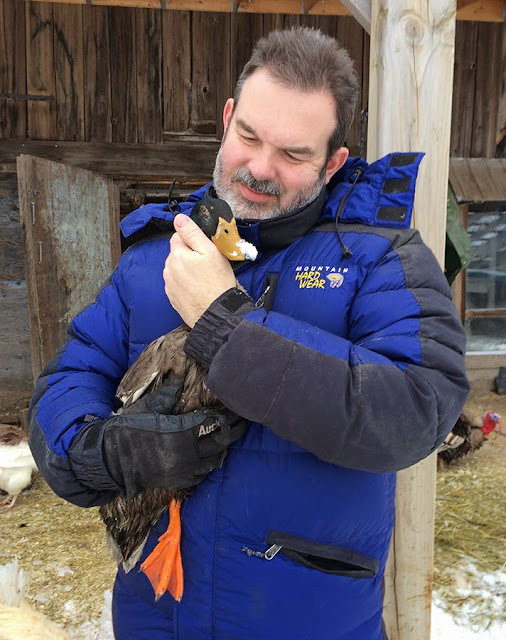 He was 28 (!) years old! Gordon went out to tuck everyone in last night, and he found Lenny lying dead in the outside run. When I saw him yesterday afternoon, he was doing just fine, eating some scratch feed with gusto and running around. He was a very old duck and I think it was just his time. 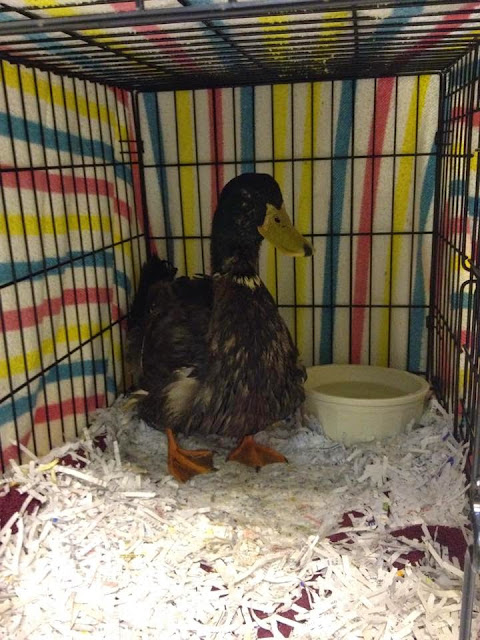 We adopted him from the OSPCA last December. He was owned by an elderly farm couple who had had him his entire life. Apparently he used to live in their bathroom and swim in their tub! But they had health issues that necessitated giving up Lenny, so he called the shelter to see if they could find a home for this beloved, blind duck.

The manager called me and the rest was history! 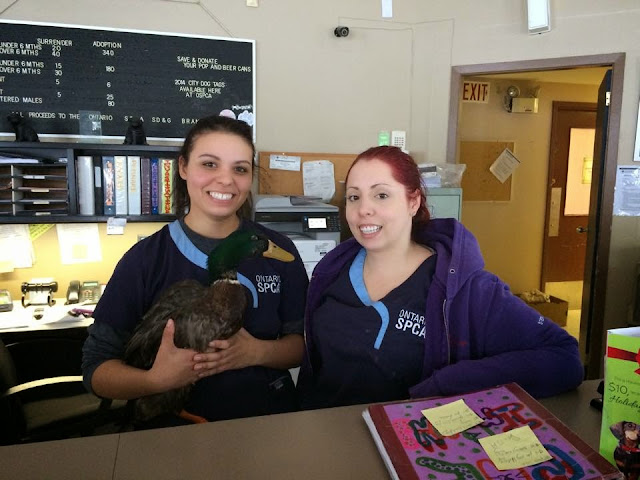 Here he is on adoption day with Chantal and Stephanie, two of the wonderful staff members at our shelter. Lenny was quite the character and took to his new life with gusto! 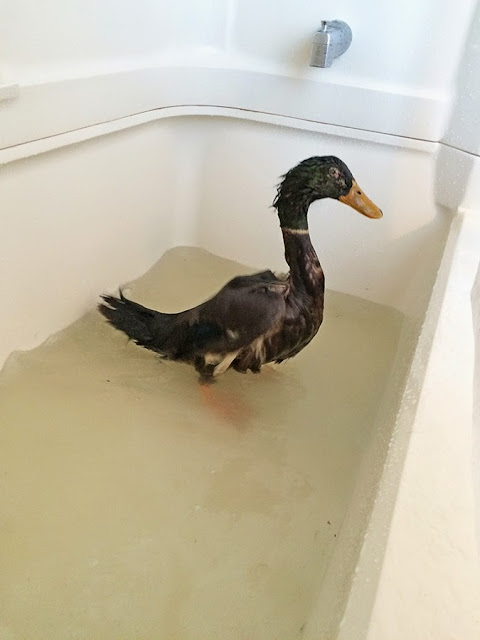 He has had more than one warm bath in the house, and... 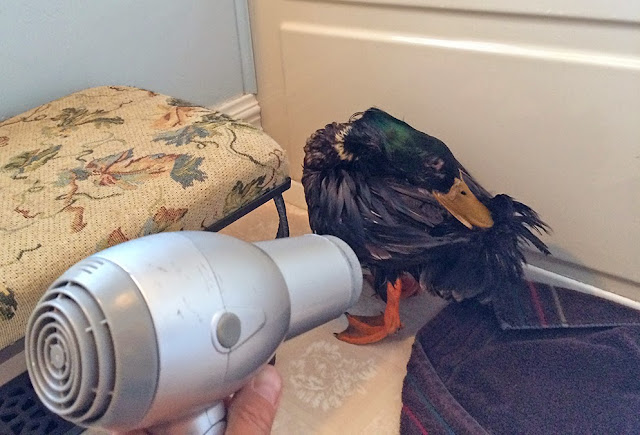 We only had nine months with him, but he was a joy to have around. When we adopted him, we were told that his owners had given him lettuce every morning, chicken feed all day, and a banana every night.

So we did our best to tuck him in with a banana every evening, which he ate with great pleasure. 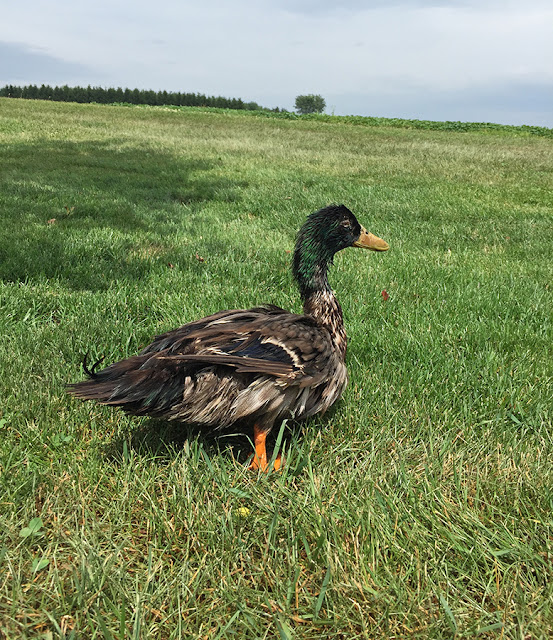 We feel lucky to have had this feathered soul in our lives, if only for nine months. We wish it had been longer. We will bury him in our garden tonight.

Hope you are waddling around somewhere grassy, Lenny, with lots and lots of bananas!