Neigh and a new quack!

Our pony Finney is young and full of energy! My friend Debbie came over the other day to show me how to lunge him... 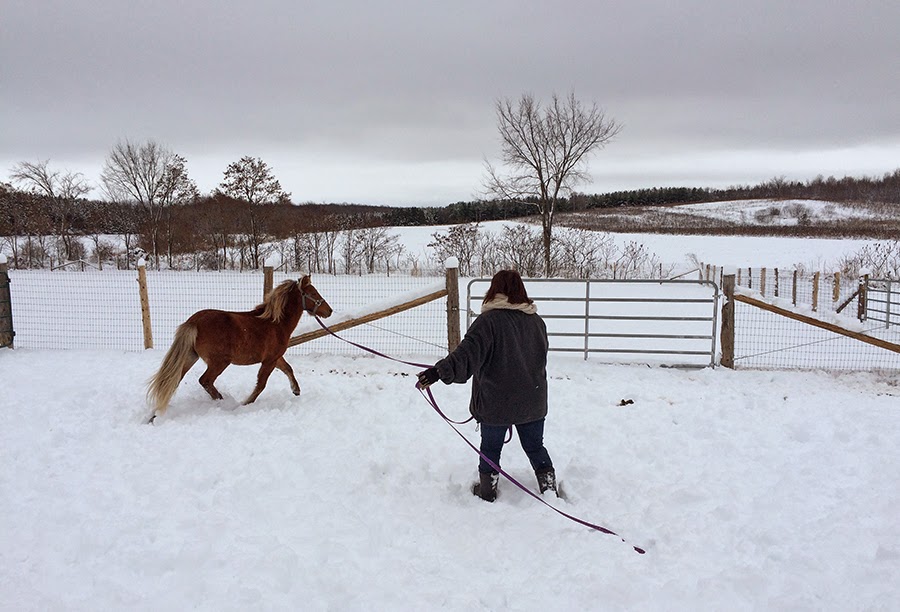 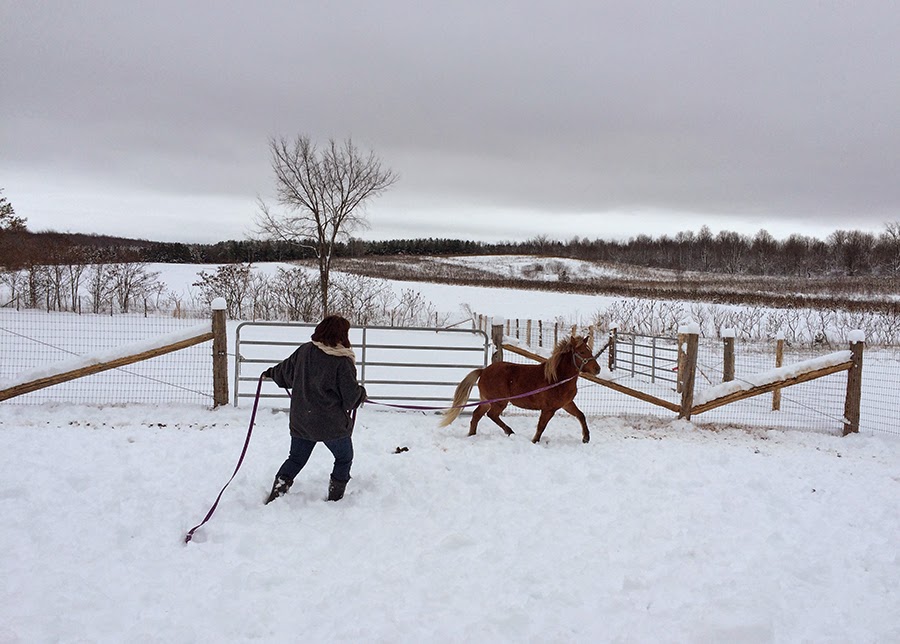 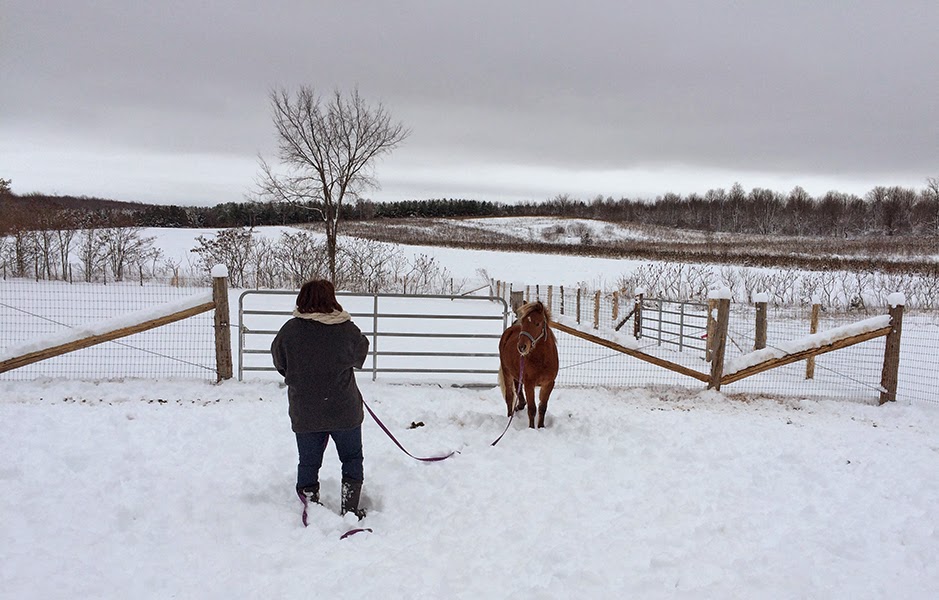 He really seems to love it, and is very good with "whoa"! :)

Meanwhile, we have yet another new feathered family member... 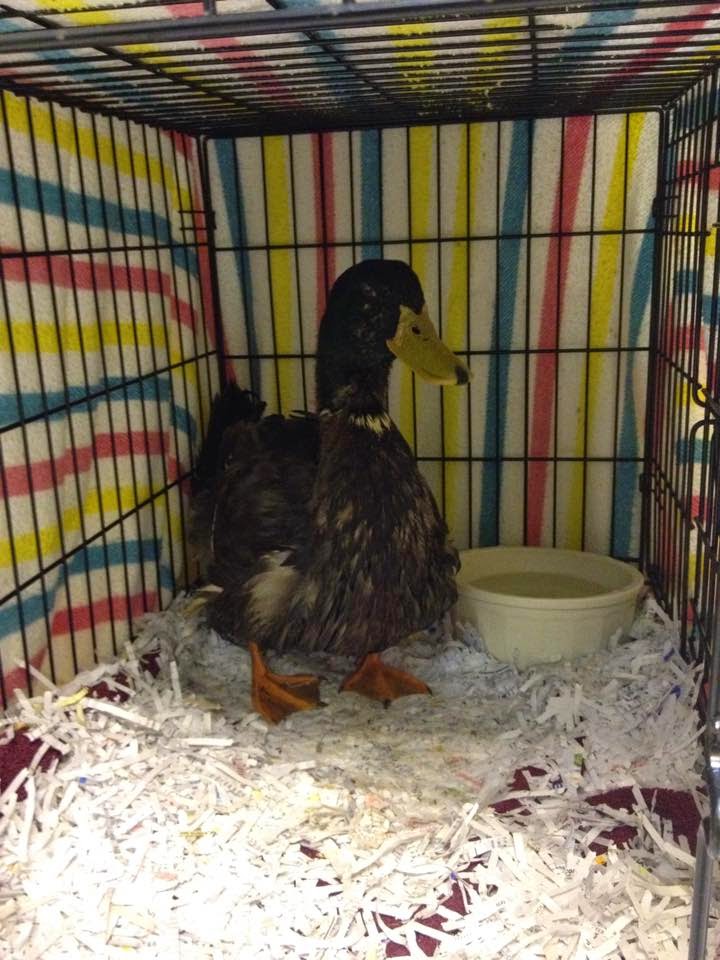 This is Lenny! He's a, wait for it, 27-year-old blind farm mallard who was surrendered to the OSPCA by his elderly owners because of illness in the family. 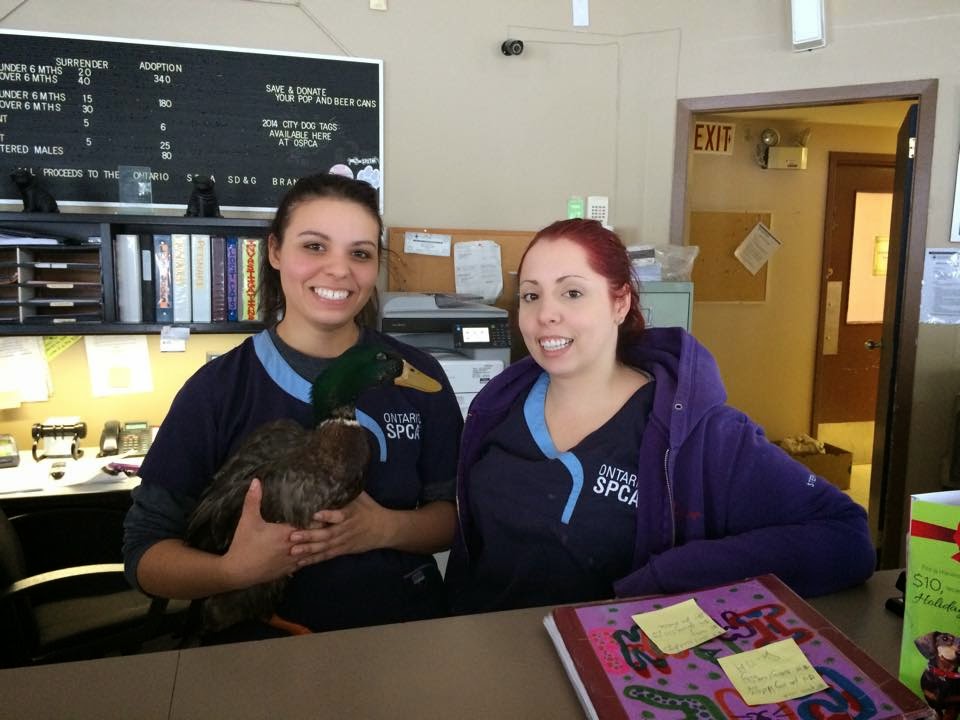 We picked him up on Sunday! He was quite a hit with the lovely ladies who work at the shelter. 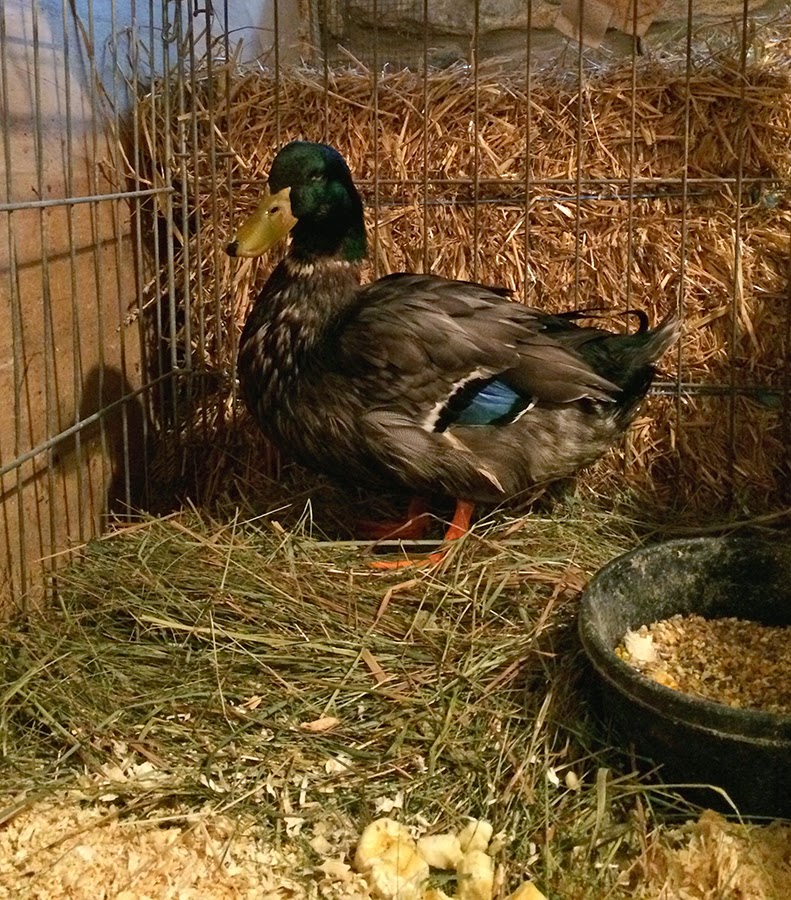 Right now Lenny is in a cage within the duck coop, but I'd like to try to integrate him, at least for part of the day. I want to make sure the others don't pick on him and that he can get around a bit. He does amazingly well for a blind duck! His owner said he that every day, Lenny got a banana in the morning, layer mash in the day, and some lettuce at night. So I'm obliging the old duck... you can see his banana offering at the bottom of this photo!

I initially found it hard to believe he's 27, but apparently his former owner swore that he was, and I've read that mallards can live 20 years in the wild, so who knows? I would guess that his blindness is caused by cataracts, but it doesn't seem to bother him one bit.

He likes to swim in his water bowl so I suspect outings to our bathtub (which I will video!) are in his immediate future. He's a special duck.

And that makes living being #83 that we're caring for!