All four barn cats are now running free together in the barn! There has been a tiny bit of hissing but apart from that, they are getting along amazingly well. 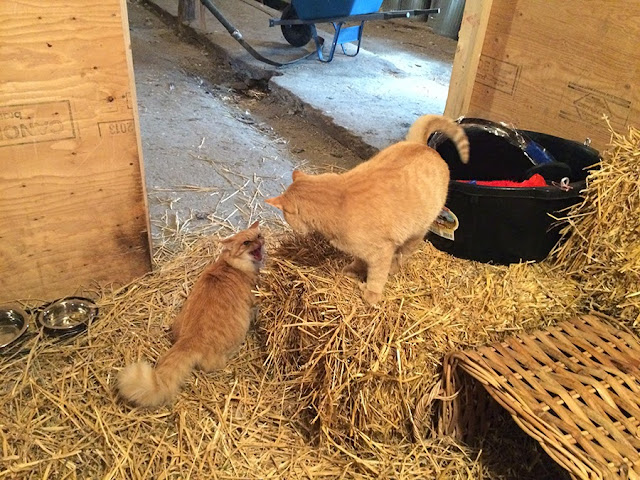 Mootie has been spurning Redford's advances. 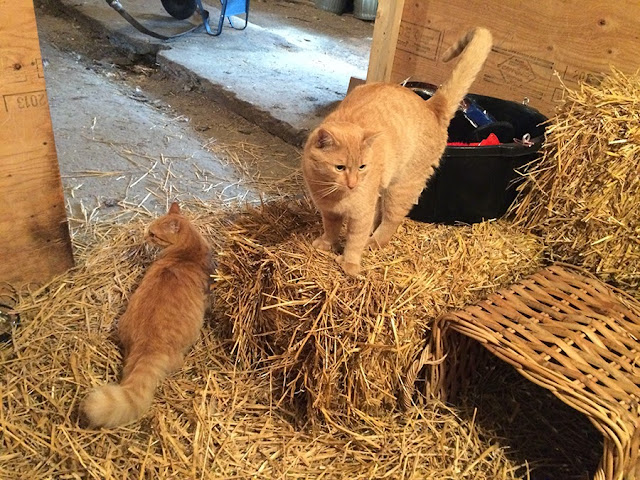 "Nothing to see here! Move along!" 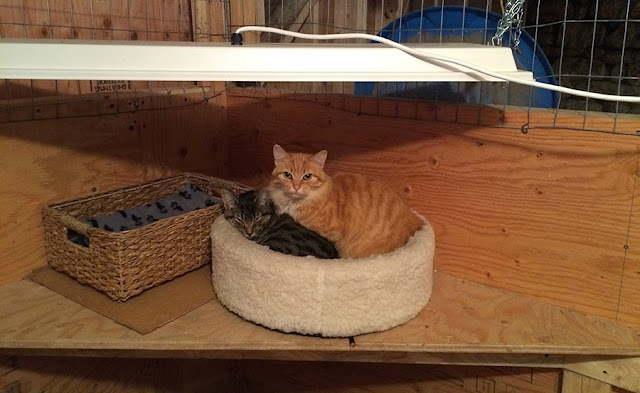 It's chilly today. Pip and Mootie have been snoozing under their "Sweeter Heater"! 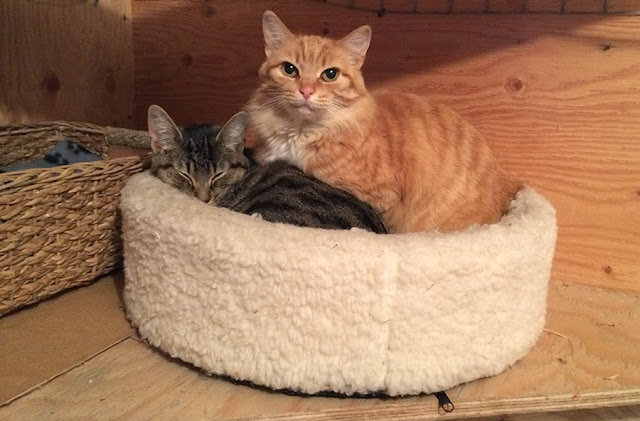 I think Pip exhausted herself running around the barn all night. 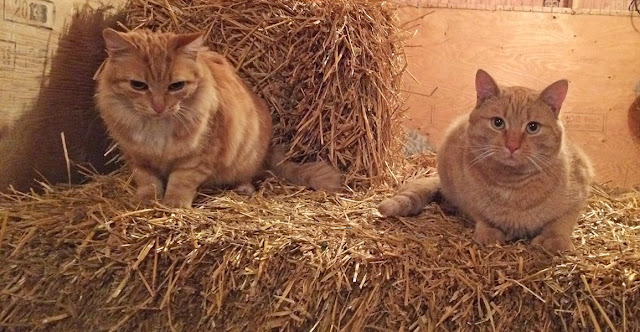 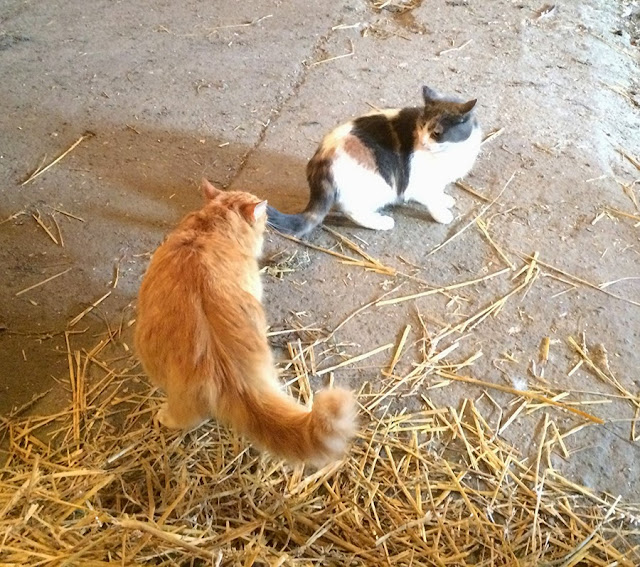 Missy isn't too sure about Mootie's tail-sniffing, but they've been getting along fine. 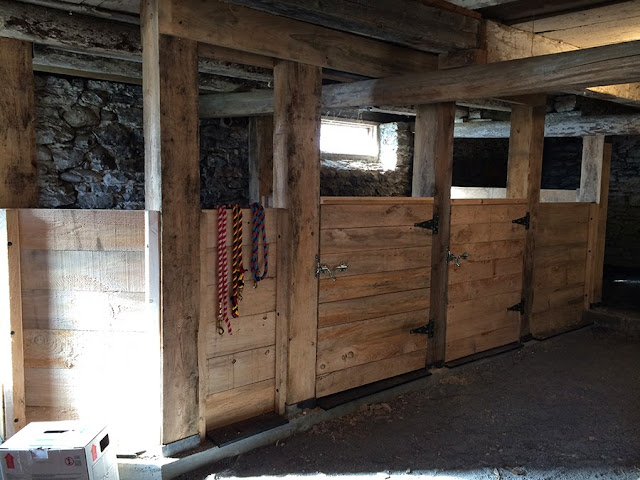 I'm as ready as I'll ever be for the ponies. I'm just waiting for them to show up sometime this afternoon! 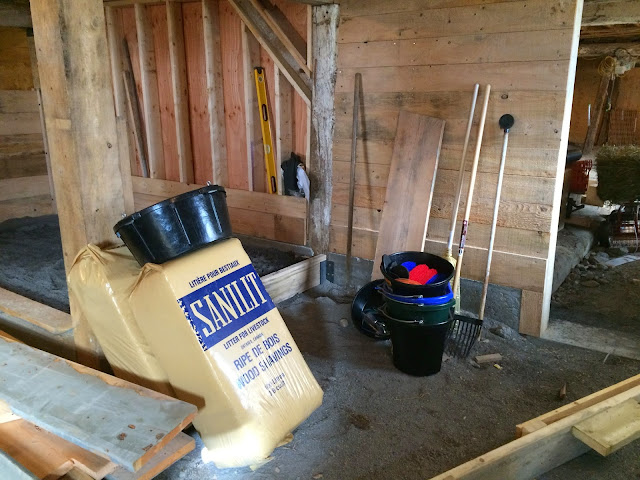