Last Sunday was the Harvest Festival at the Glengarry Pioneer Museum, and I once again entered myself and a rooster in the crowing contests.

Here I am, giving it my best, and apparently startling the emcee, Ron. I got many of my chickens from Ron! 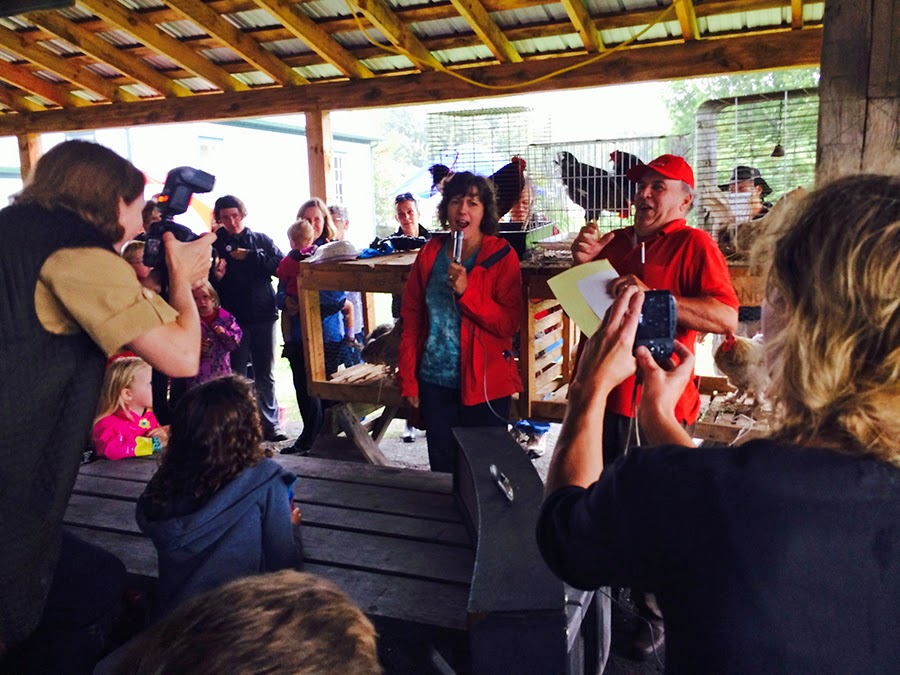 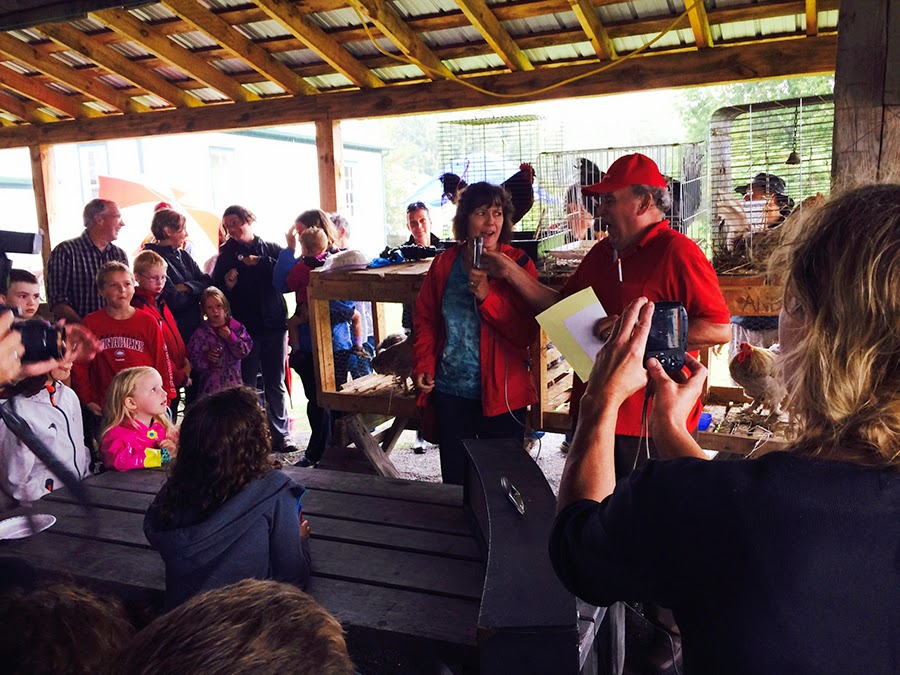 And then he made the mistake of trying to take the microphone away from me before I was done!

Alas, this year I did not have what it took to win!

Neither did Mr. Carol... 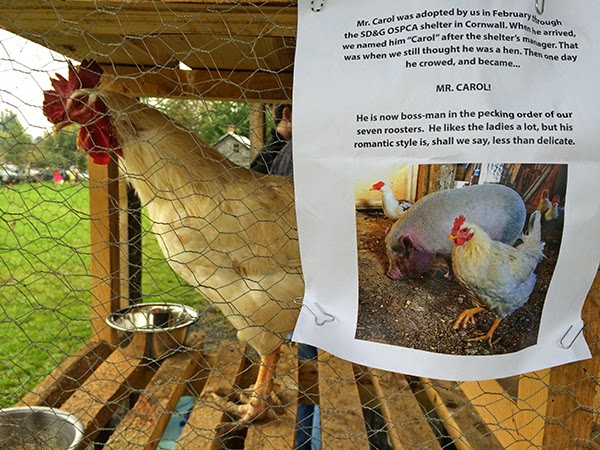 When the rooster crowing contest started, the weirdest thing happened. Not one rooster said a word. I wondered if it was the weather? It was a grey rainy day. In the space of five minutes, only one rooster crowed, twice. "Hangus" was crowned the winter. 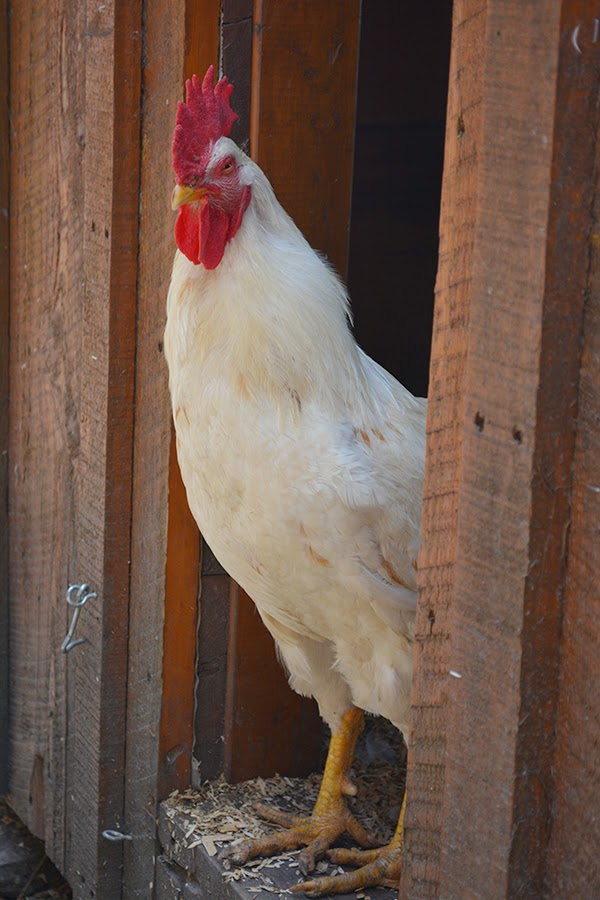 Here's coverage of the event from our local paper, The Glengarry News. Mr. Carol and I get a mention at the bottom left! 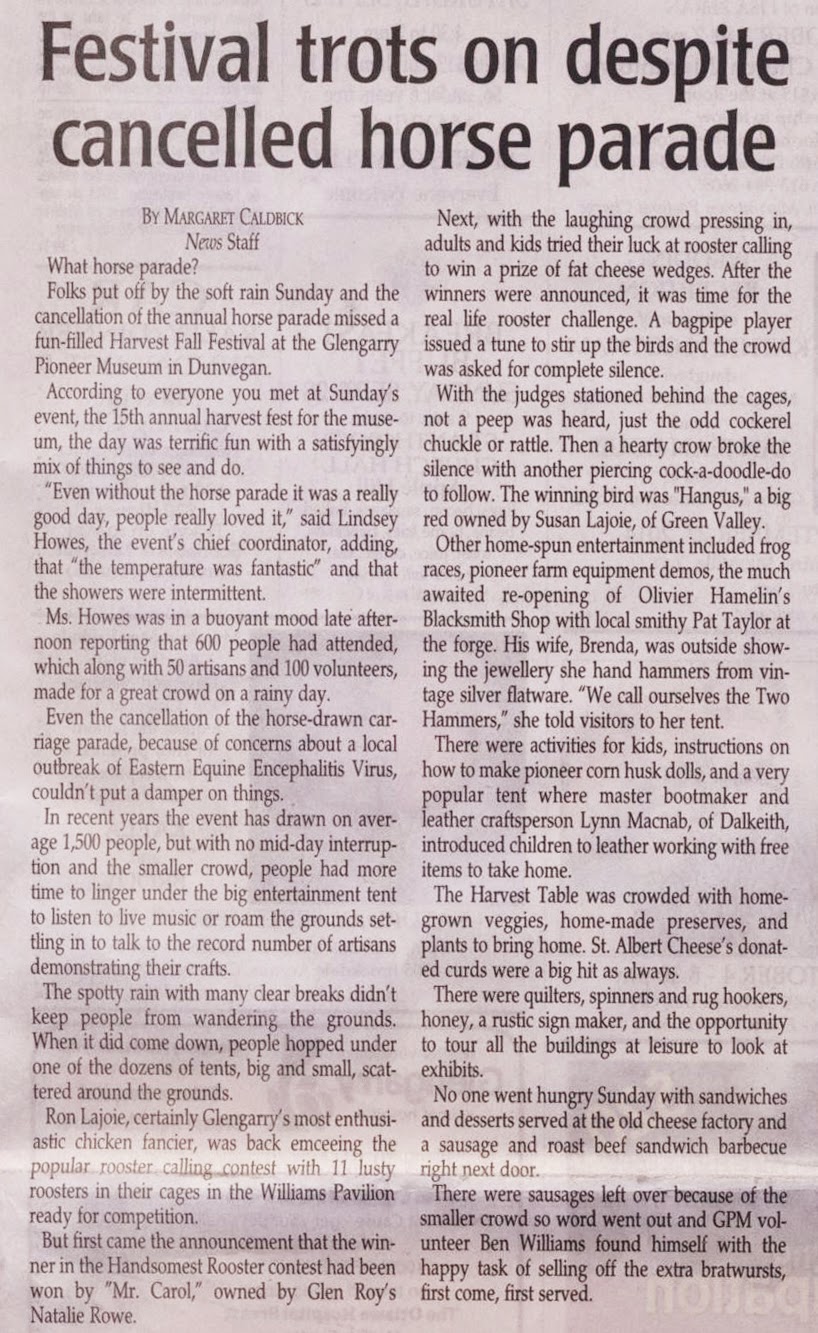 On Monday, I'm picking up a pair of quails from our shelter. They just call us now whenever they have farm animals needing homes!

On a sadder note, Eastern Equine Encephalitis has been running rampant in our area the past couple of months. I know several people who have lost horses to it, the most heartbreaking being our friends across the road who lost their beautiful Clydesdale, Hamish. I often looked after Hamish and had a nice visit with him the week before he died. He'll be missed. EEE is why they cancelled the horse parade portion of the Festival this year.